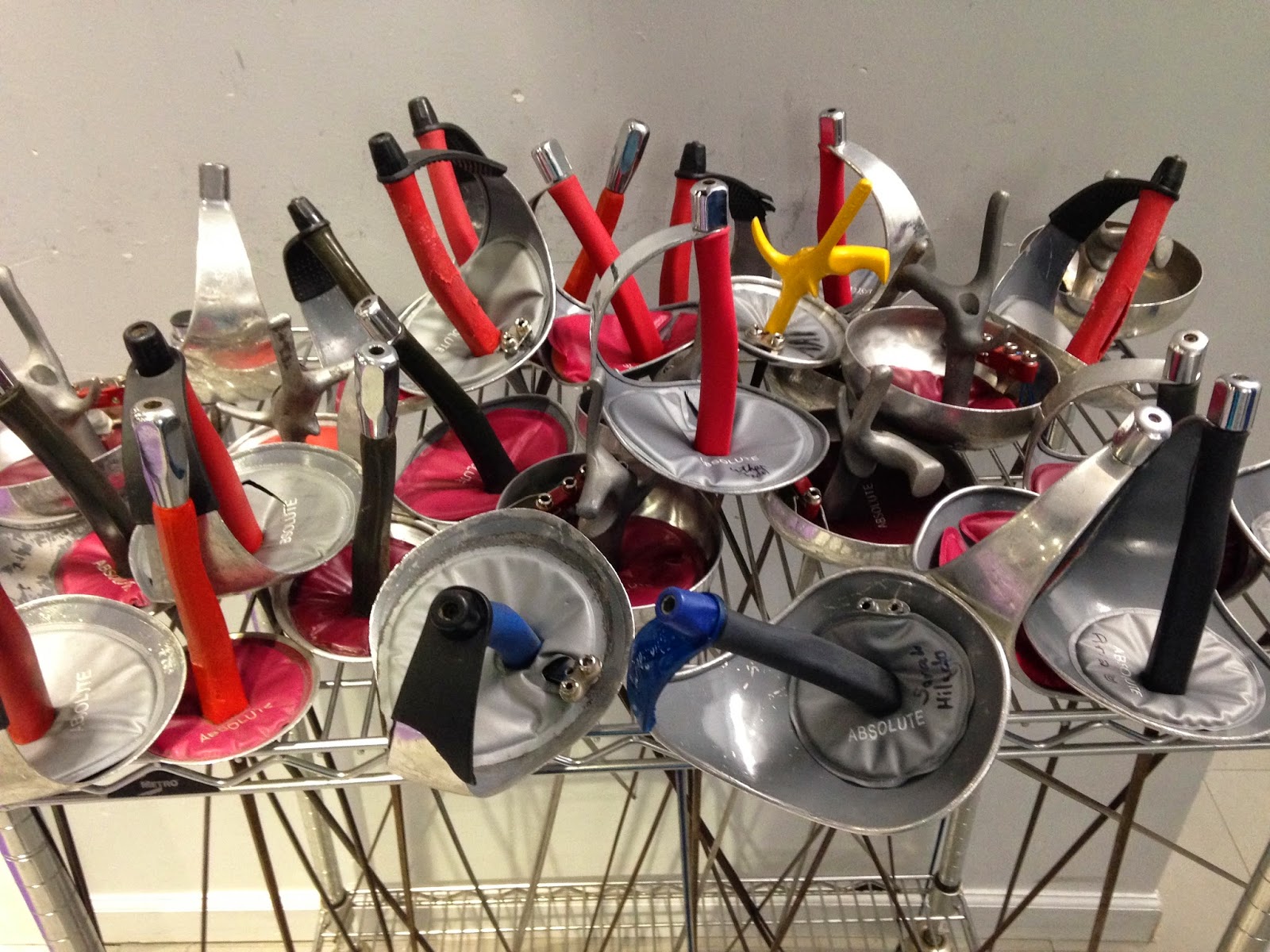 My friend Elaine is always on the hunt for fun new exercise outings for us to try. And since she is also the queen of Groupon deals, we're able to experiment with lots of odd activities we probably wouldn't normally try.  She was the one who first introduced me to urban rebound trampoline workouts (which I totally dug) and also drags me to spin (not a huge fan) every now and then.  Her most recent random find: Fencing Academy.  Très chic. 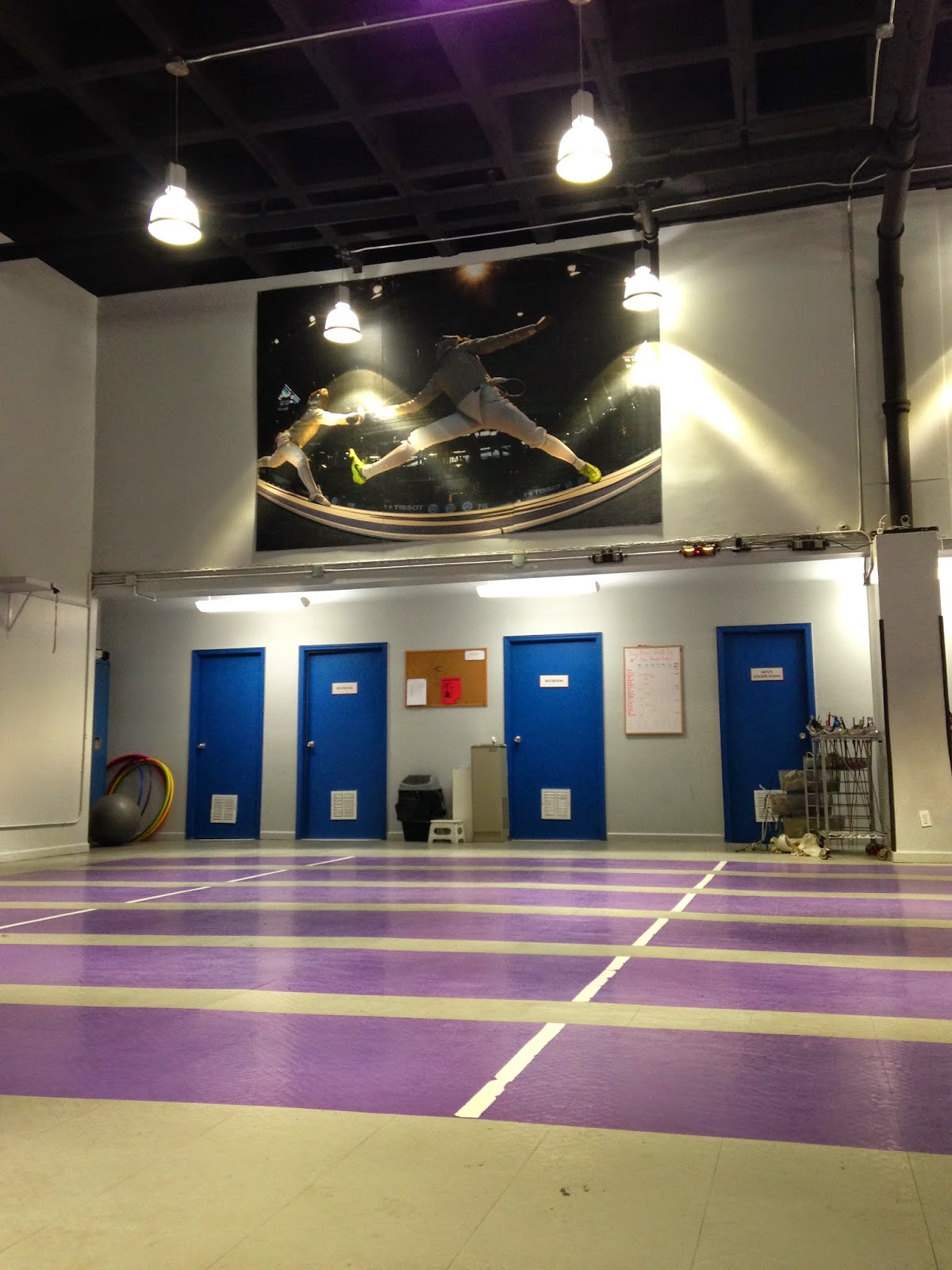 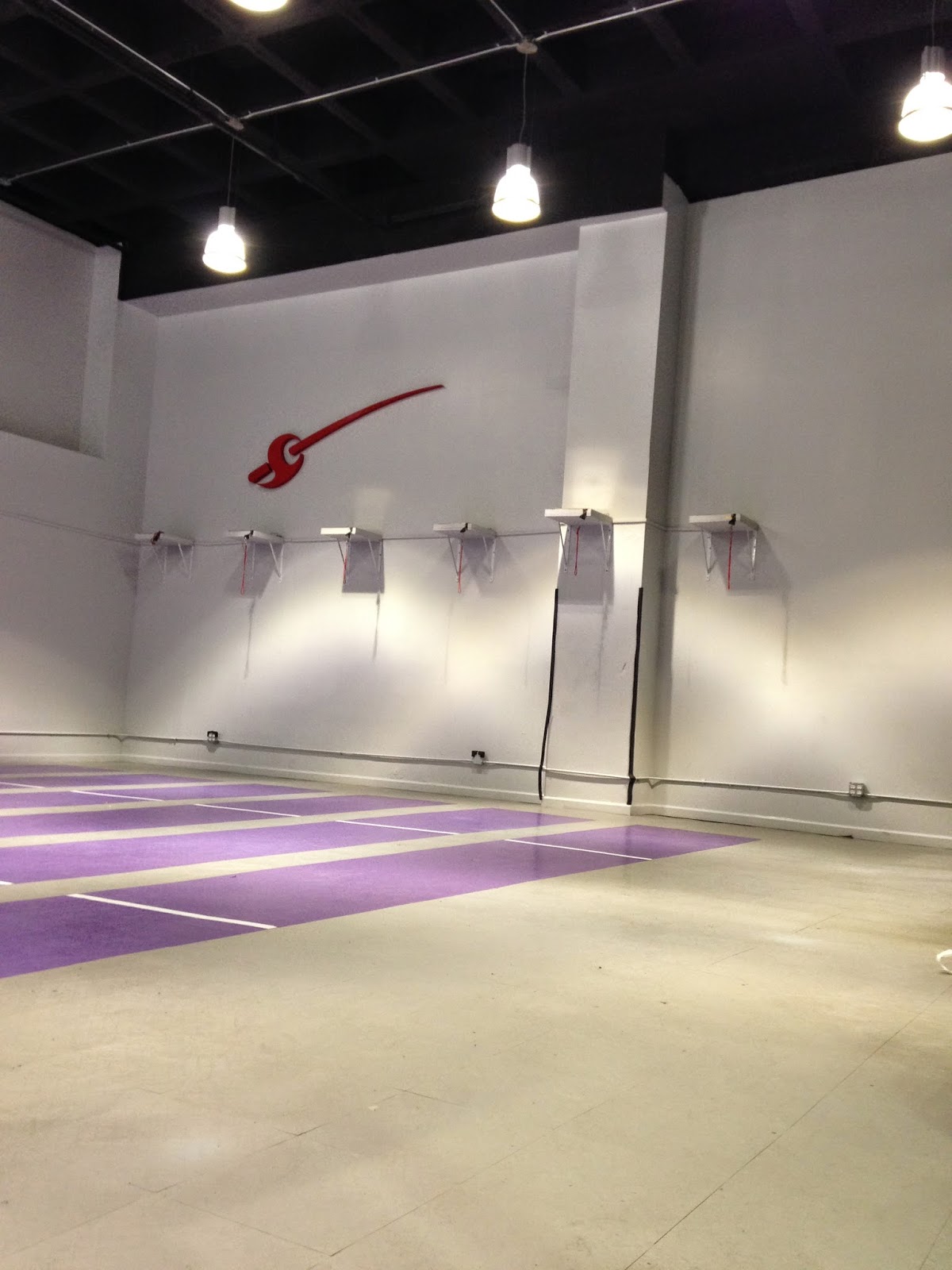 The fencing facility was just a few blocks from home and I was really stoked to try something so wacky (if not for the pictures alone, right?) that I didn't even have to travel very far for. There were about 8 of us in class (nerrrrrds) and about half had been there before, as they have ongoing beginner classes you can join at any time. The instructor started out with easy warm up drills, and we were feeling good. He began introducing footwork and I thought, uh oh this is a bit difficult, but it was still really interesting. Then he added in weapons (foils?) and they were so much heavier than expected. My arms were burning from holding that dang sword out in proper position. When he took us over to get the proper equipment on, however, things really started heading downhill... 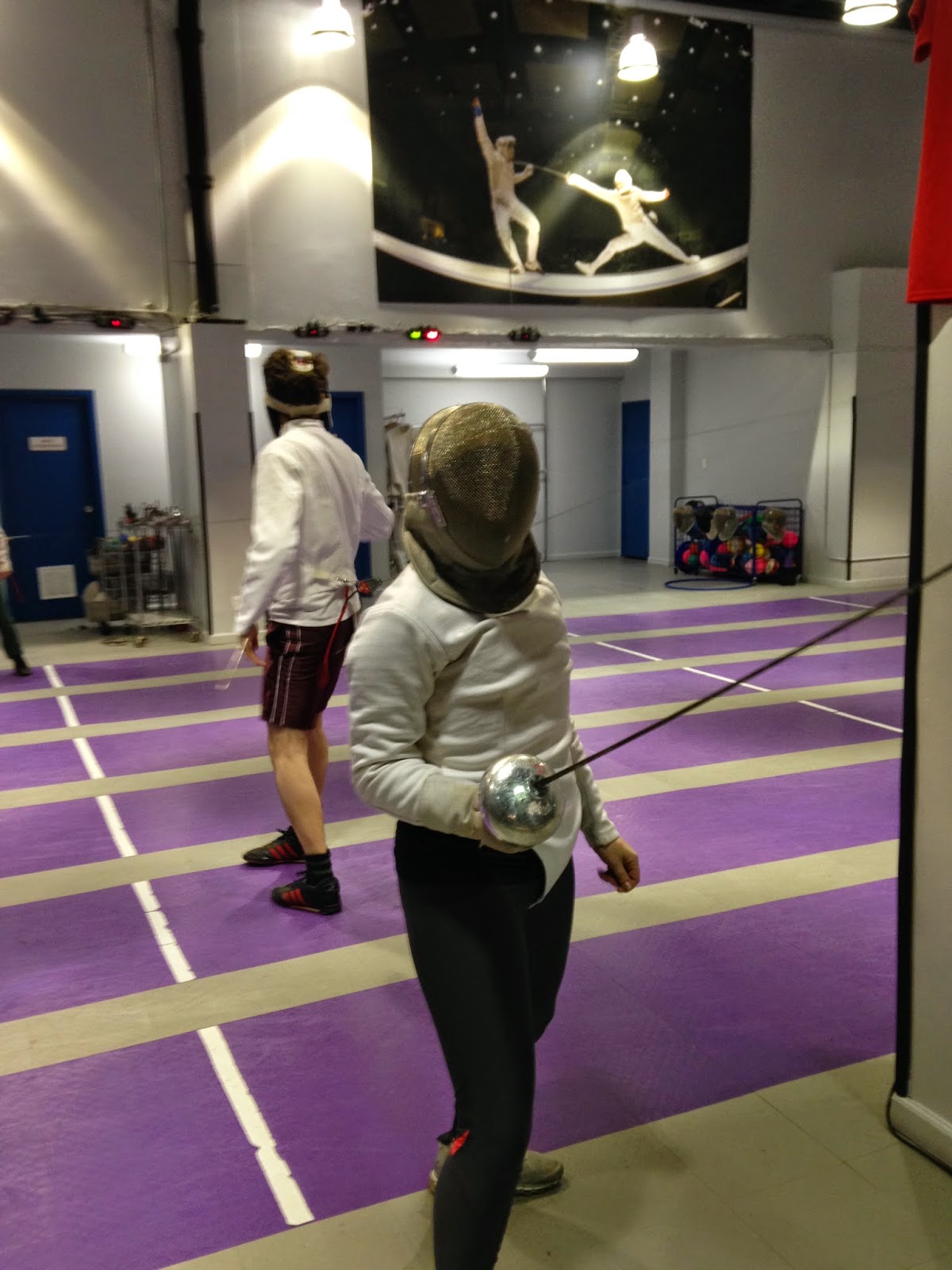 Sure, the little white onesies with between-the-leg straps and turtleneck velcro were definitely awkward and a bit uncomfortable, but still fun and funny to put on. I was fully unprepared for the uniform topper, however - the inside of the masks were SUFFOCATINGLY DISGUSTING, smelling as though they had never ever ever been cleaned. The foul build up of other people's breath was literally gag inducing. I almost didn't think I'd be able to continue, but everybody else just slapped the masks on like it was no big deal and went back to practicing footwork and form, so I went along with it. It was all I could do to get through the rest of the hour without barfing. 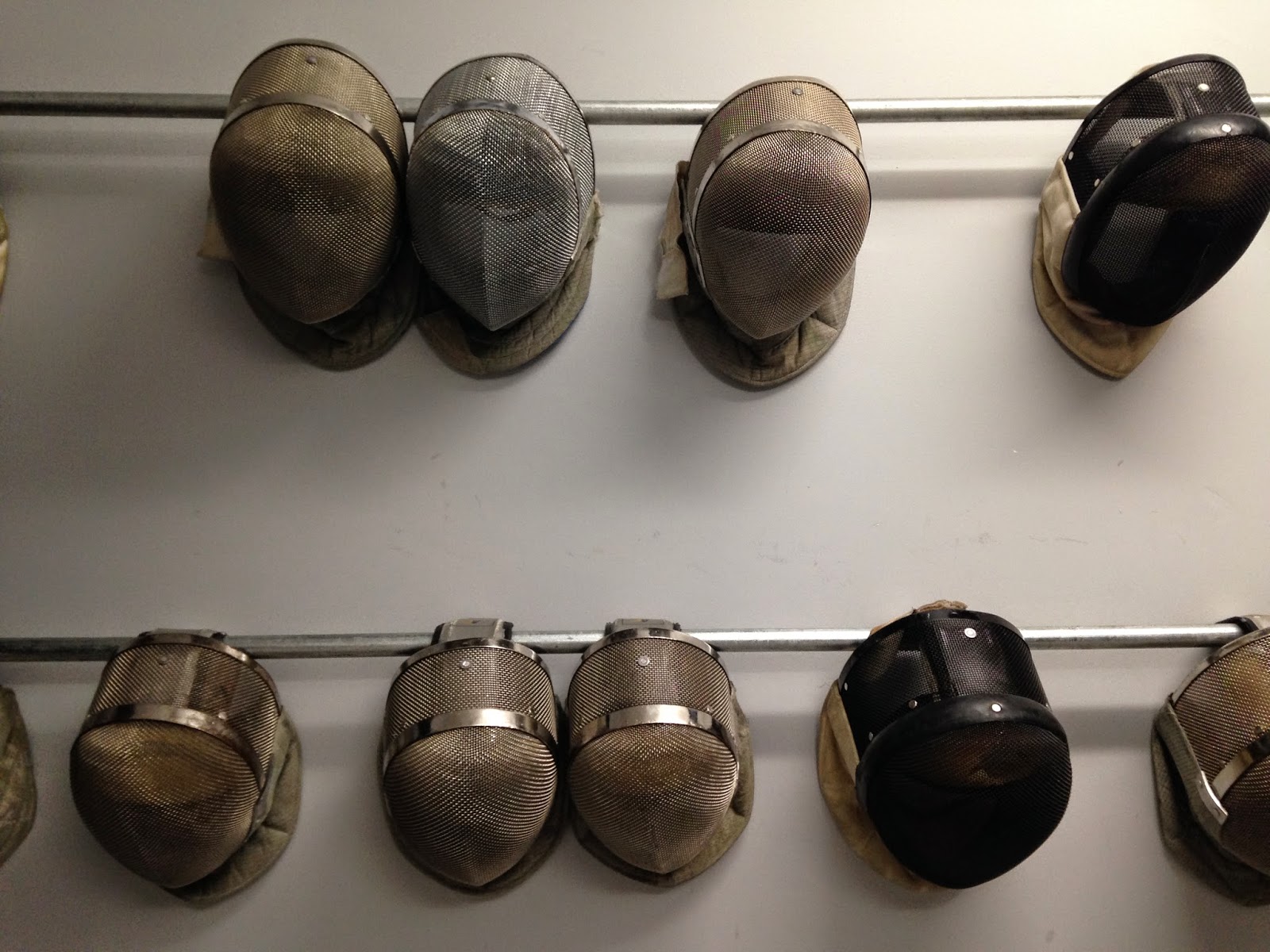 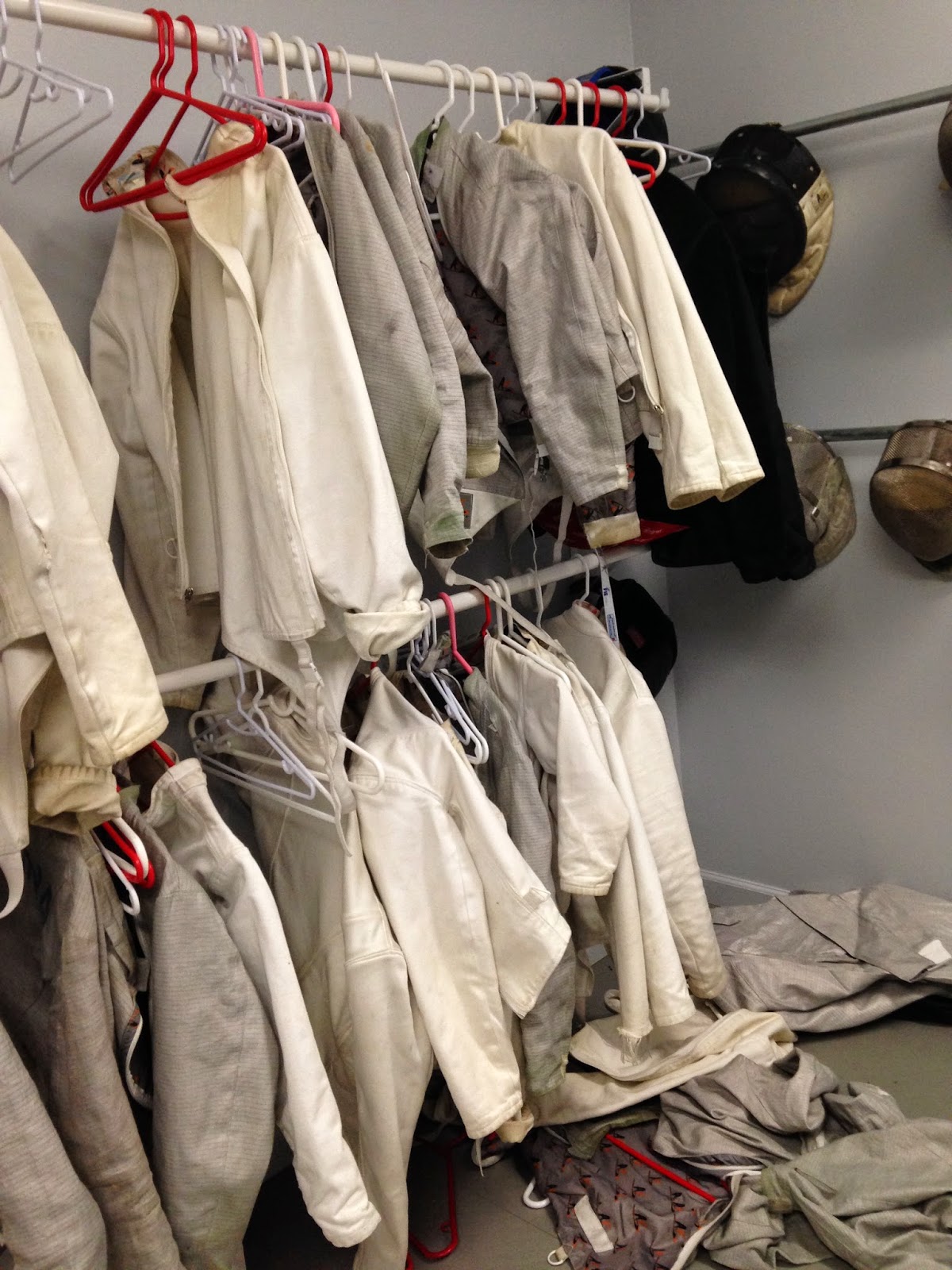 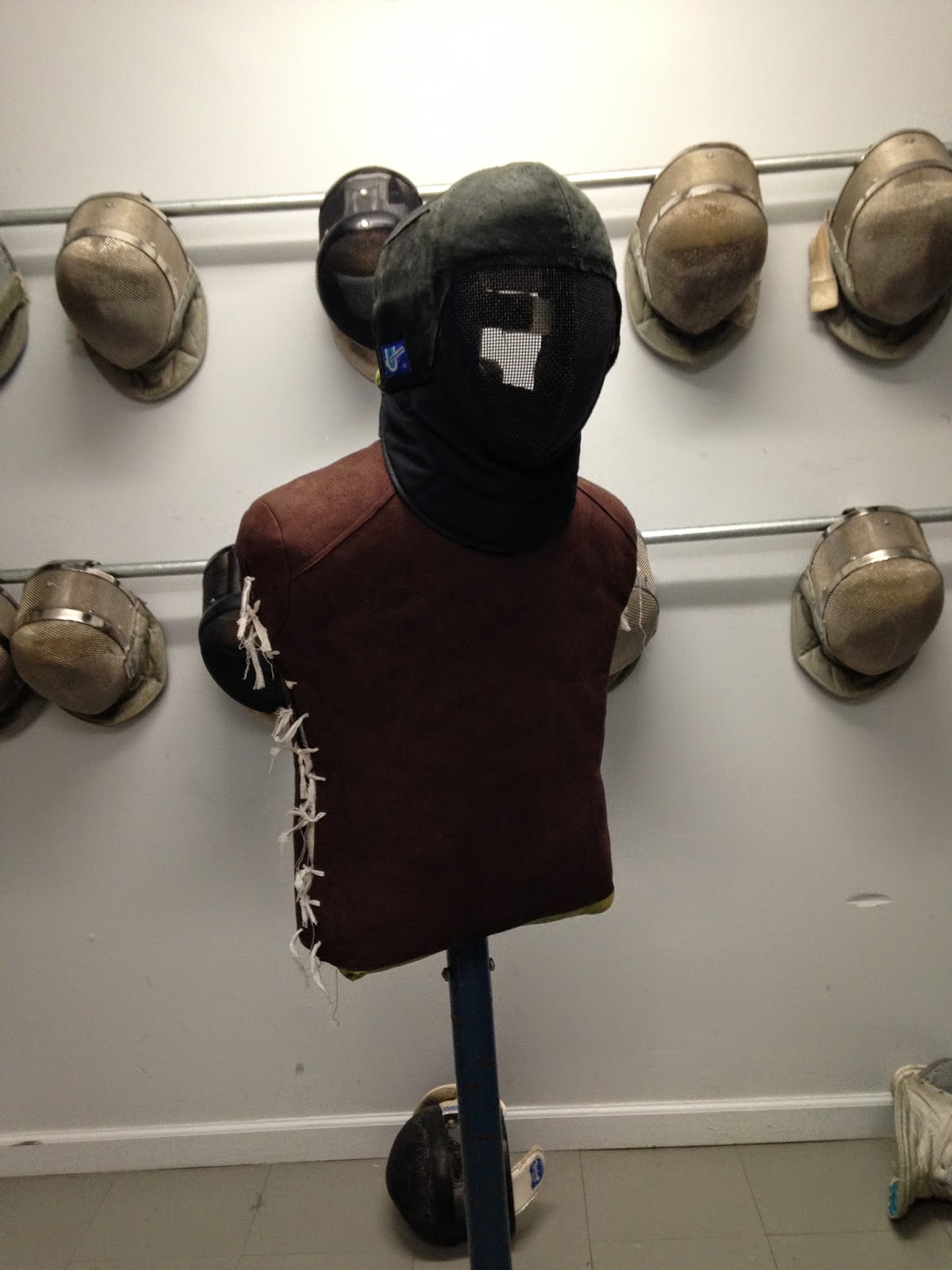 As soon as the regular portion of class came to an end and the instructor announced open gym for whomever wanted to stay and practice, Elaine and I swiftly bailed. We couldn't get the gear off quickly enough. Once home, I showered for about an hour and still felt gross. Ugh you could taste the smell inside that mask. Needless to say, though the membership we'd purchased included a unlimited classes for the month, we didn't venture back. 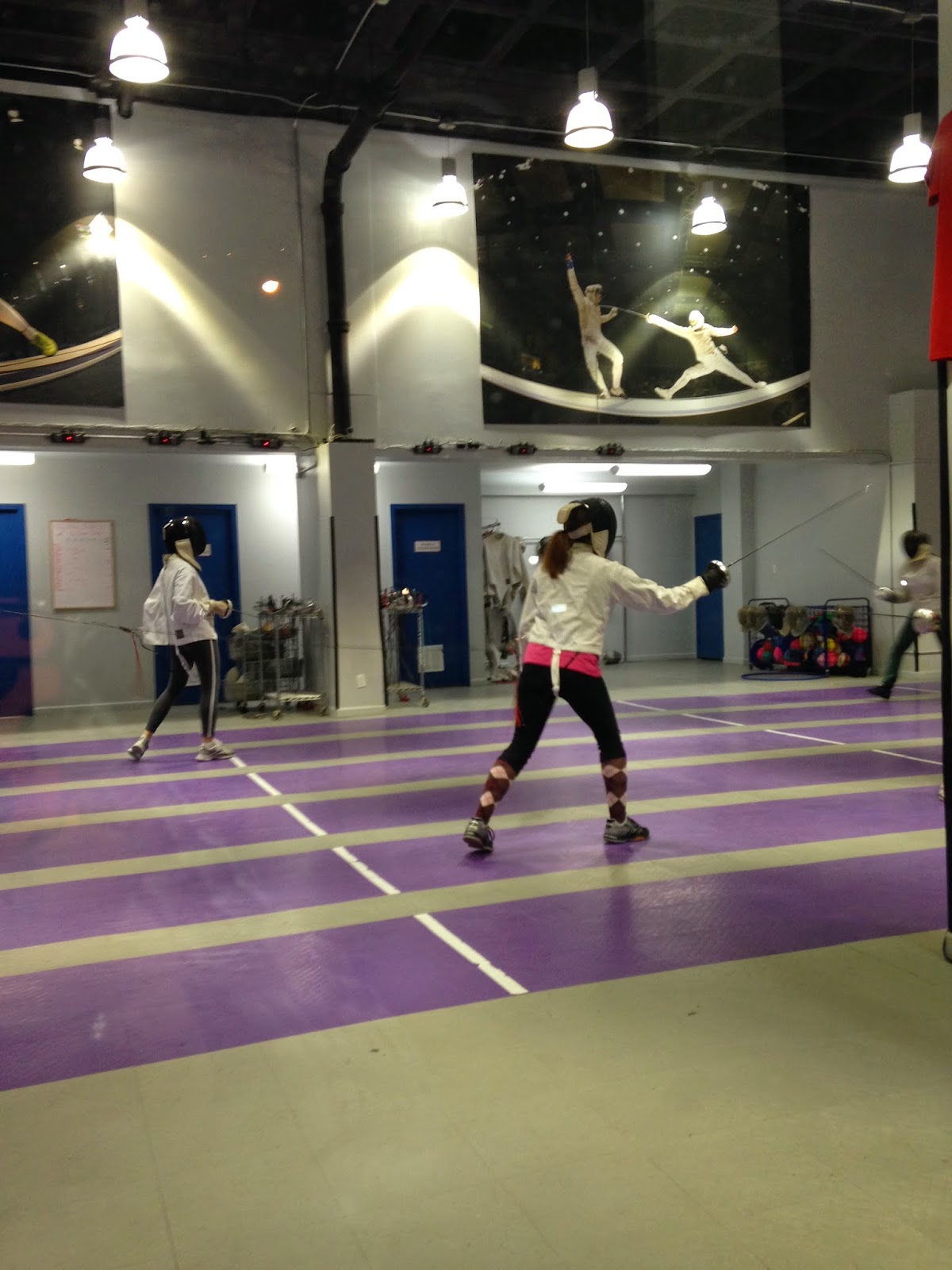 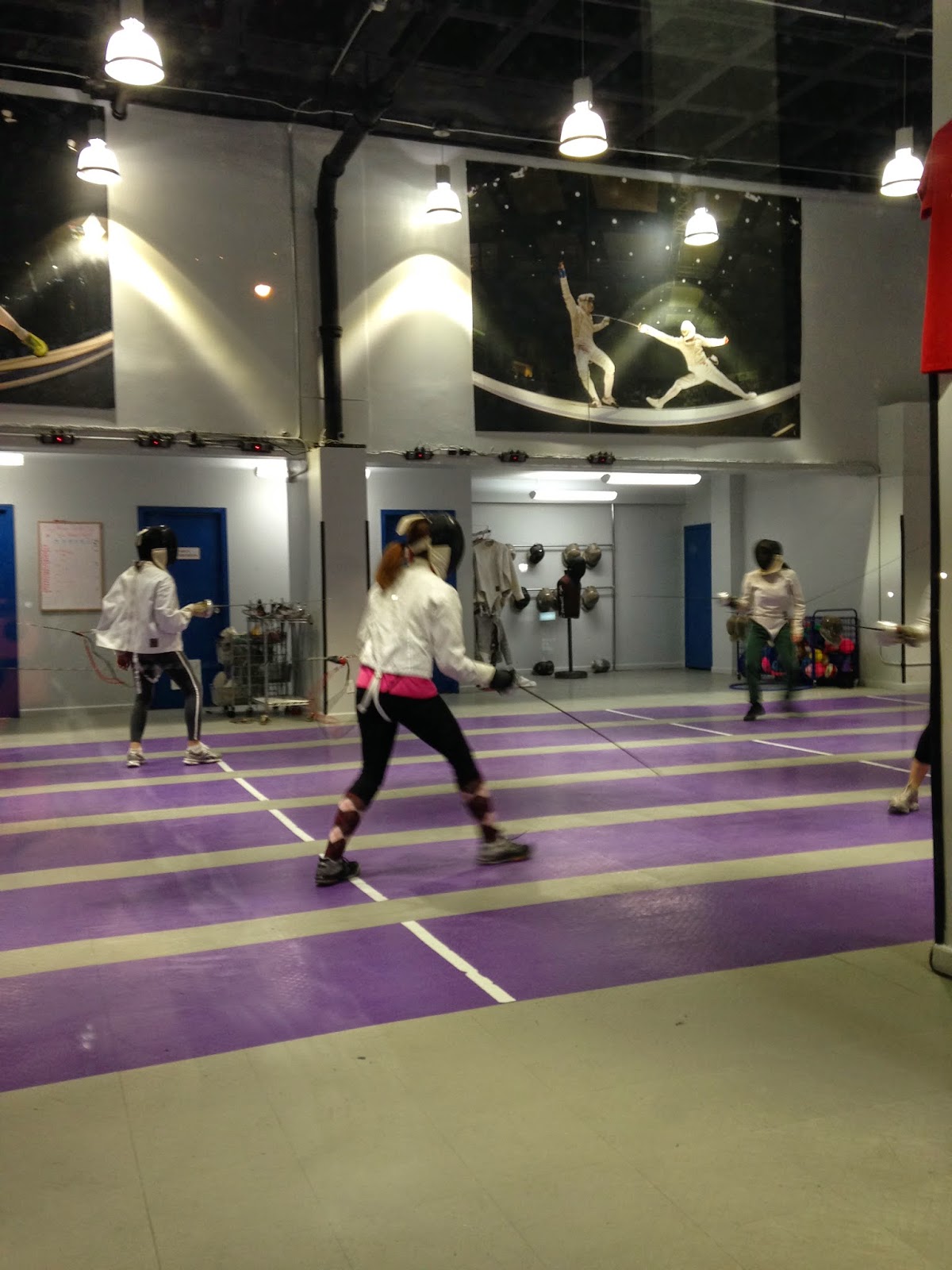 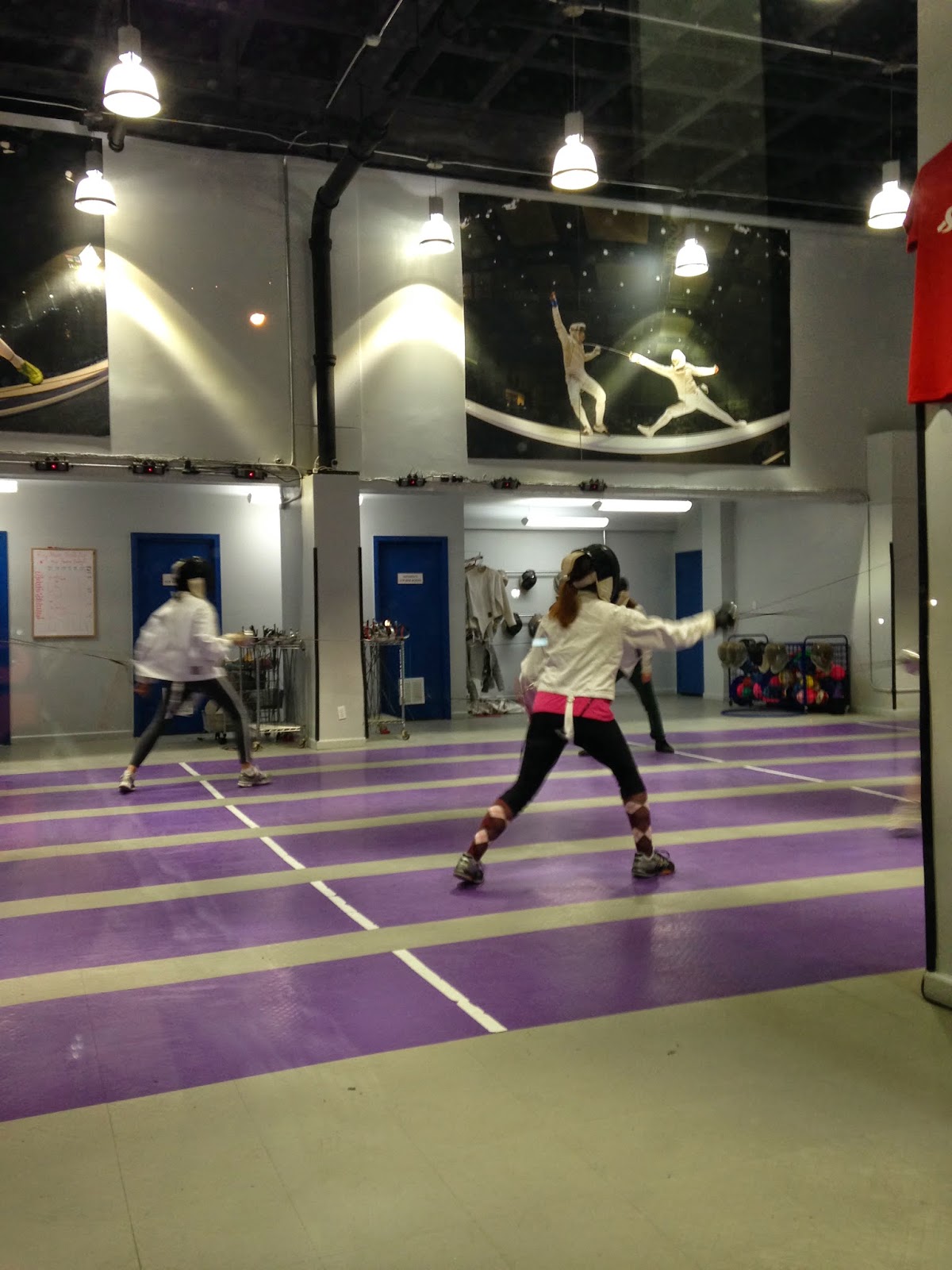 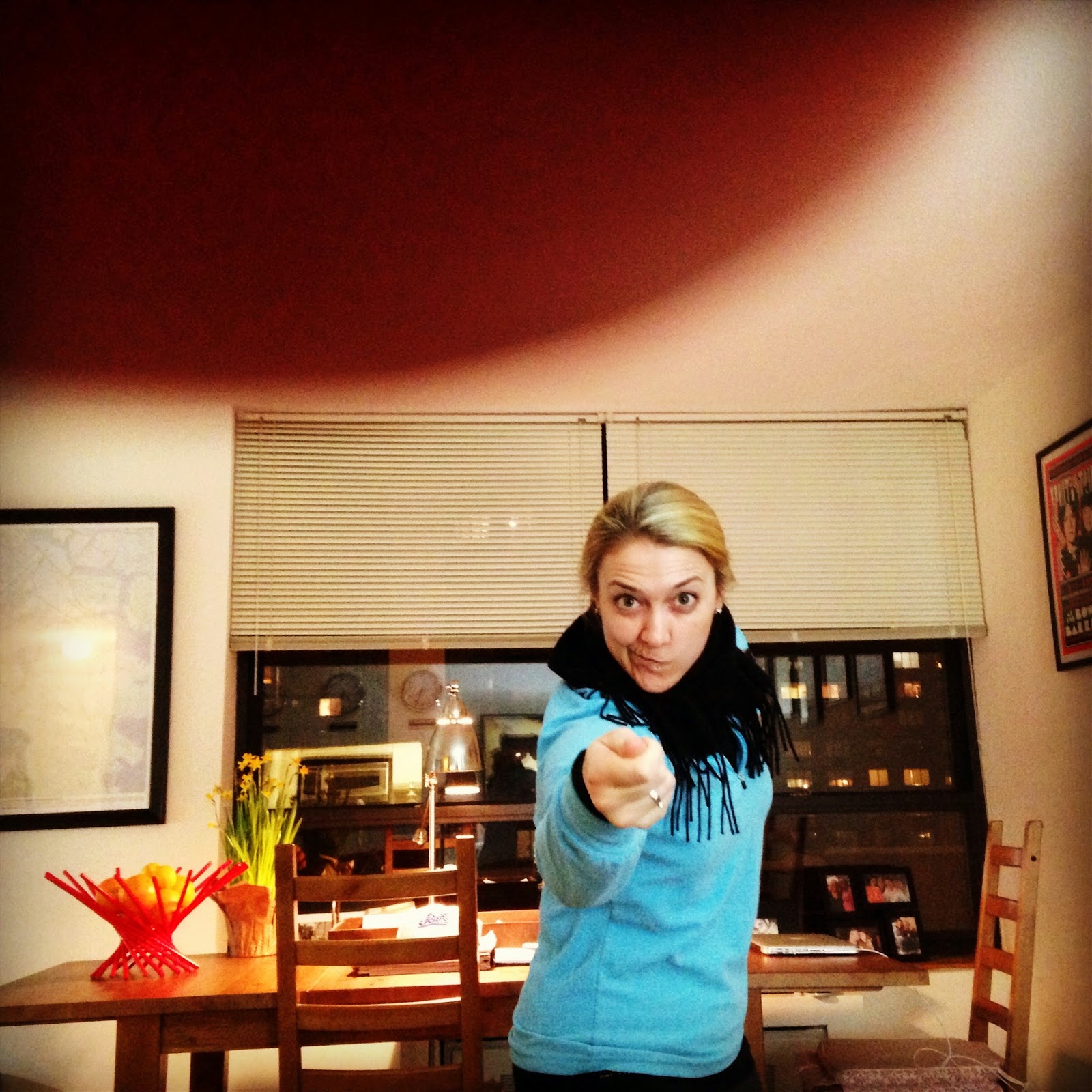