G is for Growing 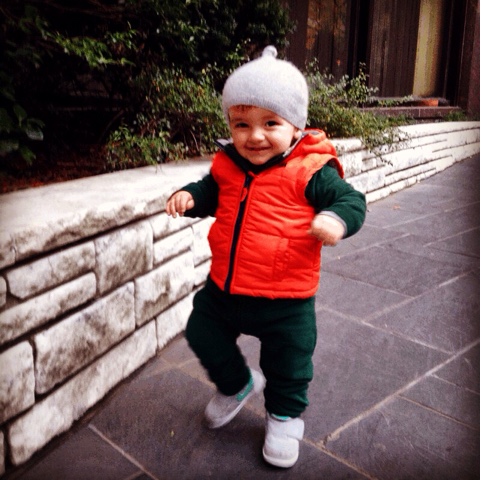 I missed last Monday's post - first time in a year (!) I've missed one of G's weekly updates. It's been a wild week and a half since his birthday, but I'm set to get back on track with the weekly G updates - starting with this belated post! 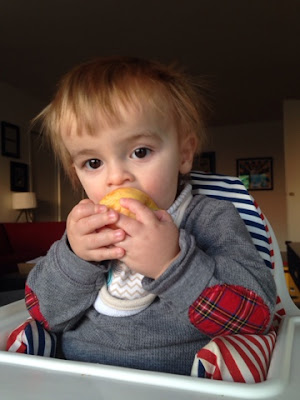 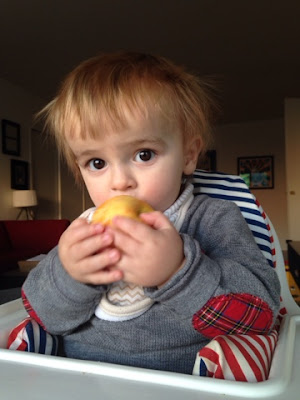 Since starting to walk for real on Halloween, just a few weeks ago, this kid has begun attempting to SPRINT anywhere there's room to build up some speed. He holds his arms out at his sides like little t-rex appendages and hobbles along with a bit of a Frankenstein gait, but he's getting better every single day. It takes about 15 minutes to walk to the park on the corner, but he is SO PROUD to walk every inch of the way. 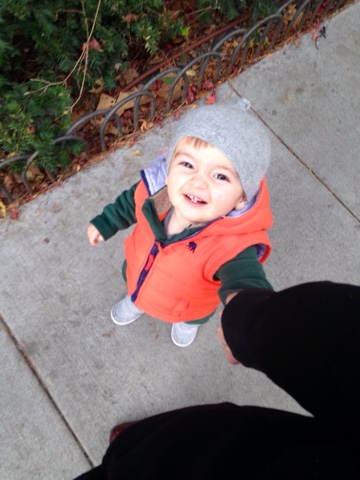 And once there, he is no longer content to hang out on the baby swings. He'll humor me for a while, sure, but before long he's kicking his legs and reaching to be pulled out, then tugging me along toward the big kid areas once his feet hit the ground. 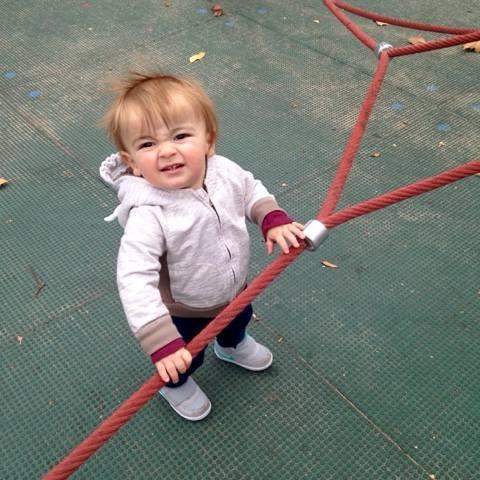 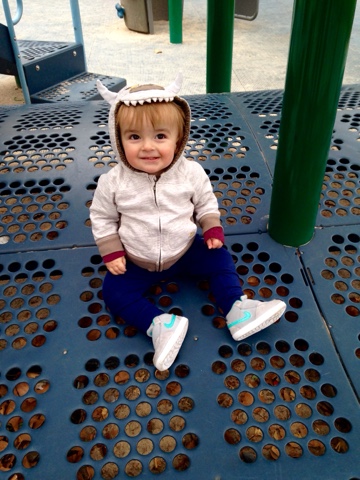 He's sprouted two more teeth, for a total of six now. He knows where his shoes and socks go when we get dressed, and often spends time trying to put them back ON now instead of just yanking them off every chance he gets. One of his favorite games is pulling my shoes off and then putting them back on my feet. He also loves being around family and it's amazing to watch him form individual relationships. So many photos to share of my family and Dave's from the past few weeks - we are lucky folks to receive so many visitors and take so many lovely trips!