G is for Glasses 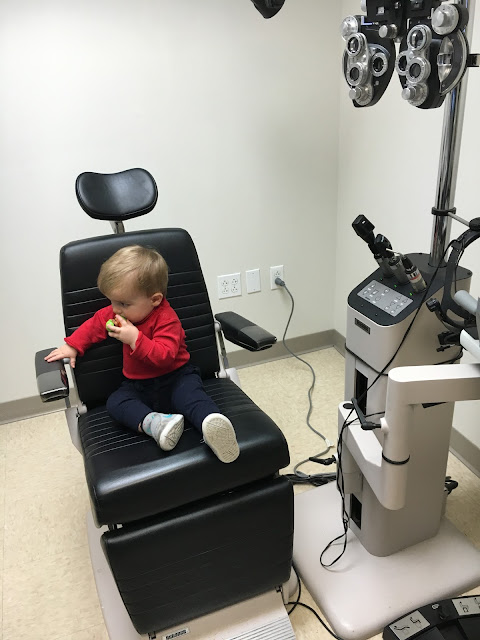 A few weeks back, we noticed Graham's left eye would go a little crossed whenever he was super tired. It was weird, but not terribly alarming, so we just figured we'd keep an eye (ha!) on it. After just a few days, things had really deteriorated and he was looking cross-eyed more and more of the time, so I gave the doctor a call. Though she said it didn't sound like anything to worry about, we should make an appointment with the ophthalmologist to get it checked out. We went the very next week and I was relieved to hear the doctor say very matter-of-factly that G's eyes could easily be fixed up with a pair of glasses, worn for a few years at most. 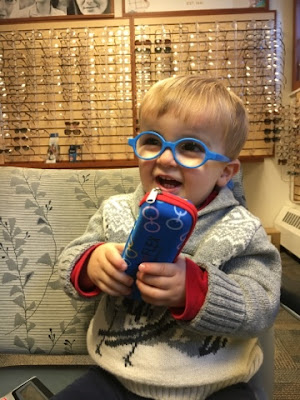 So we picked out some bright blue specs (why go subtle, when you can go bold!) and returned the following week to pick them up. After a few minutes spent getting used to them, G grabbed ahold of his glasses case (his new favorite accessory) and toddled out the door without hesitation! Amazingly, he hasn't fought them since! Occasionally he'll pull at them when he's tired or annoyed that they've fogged up or gotten smudged, but for the most part they quickly became just another a part of him. 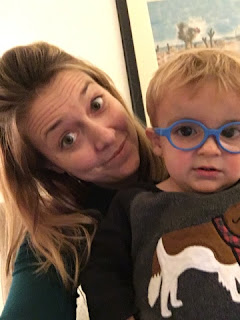 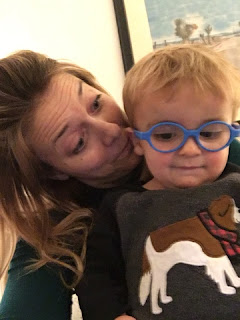 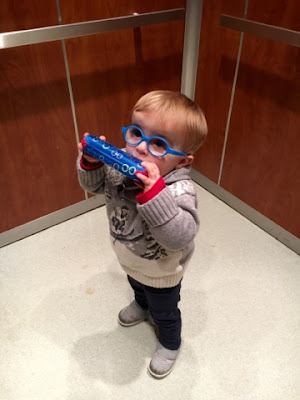 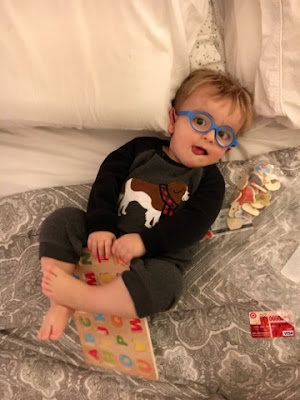 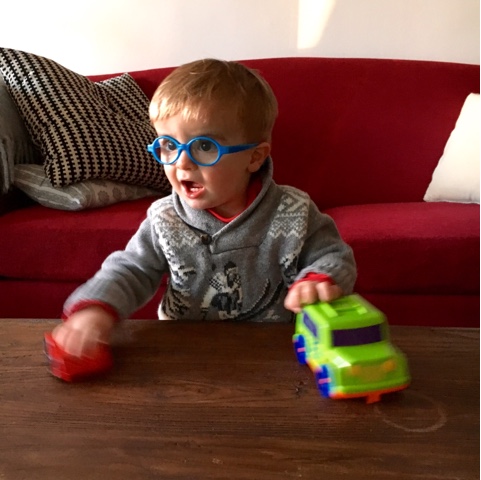 We are all still getting used to them, but already Graham's googley eye has straightened out and he's running around with more confidence than ever. He's begun climbing the structures at the playground with a  renewed vengeance. And his favorite spot is the swinging bridge that is WAY TOO HIGH for mom's comfort level, but he loves how steep it is and giggles like crazy when he falls and slides down to the middle. So far, the glasses are still intact. But I'm sure glad they came with a warranty... 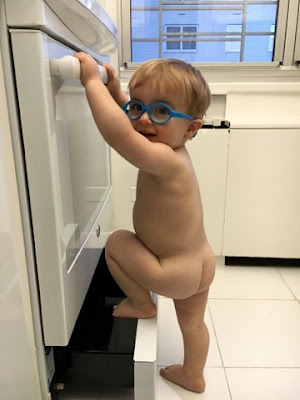 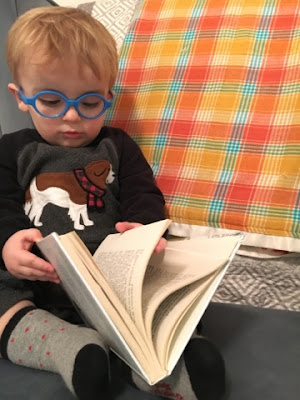 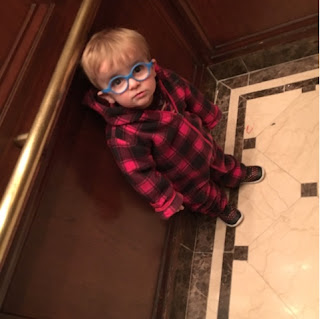 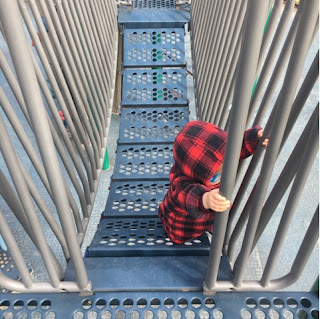 My sweet little nerdo, I'm so glad you can SEE! 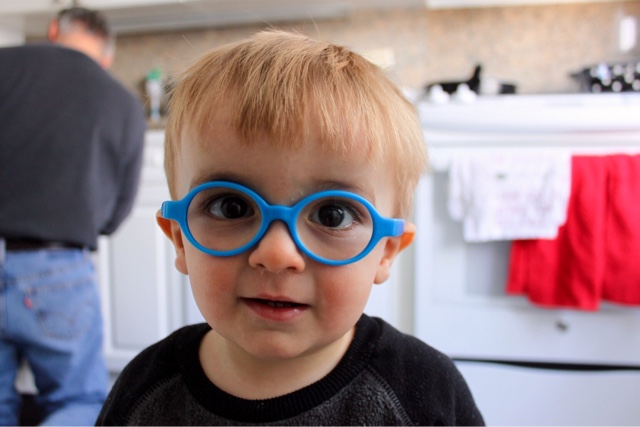