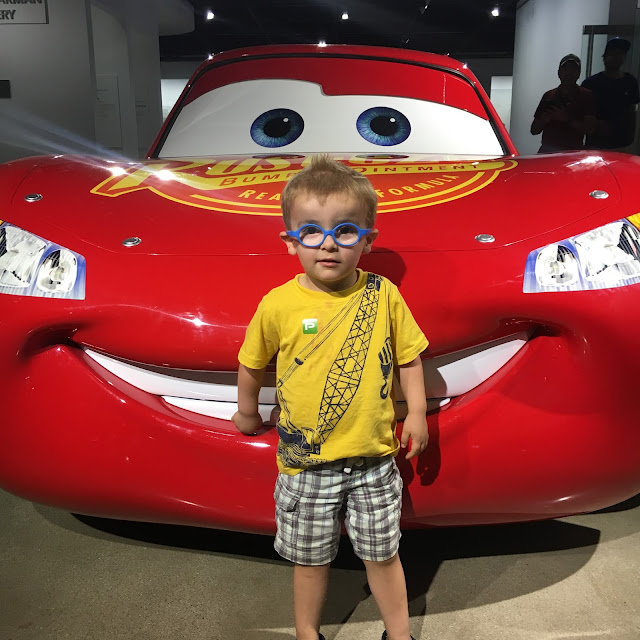 On the suggestion of a friend I used to play softball here in LA with, who now has a two year old son, Graham and I went to the Petersen Automotive museum one Sunday afternoon when it was just to do anything else. Having no idea what to expect, we were pleasantly surprised at how fantastic it was! 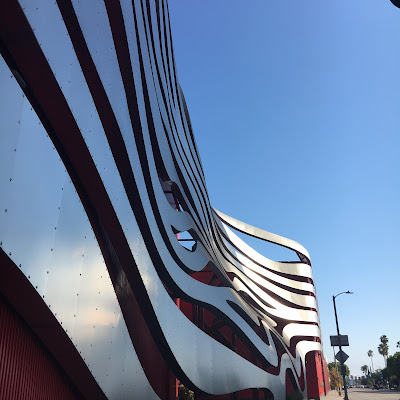 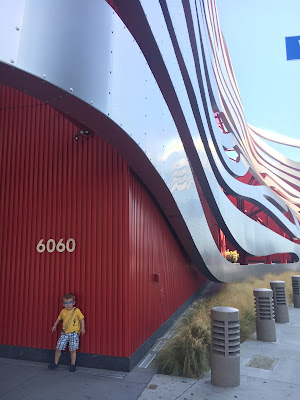 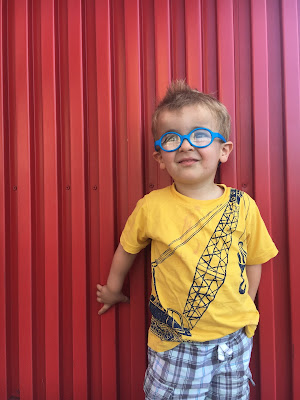 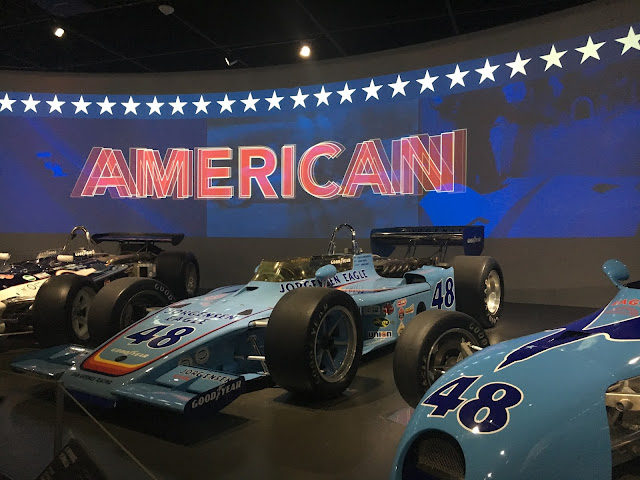 First thing when we arrived, Graham got to meet his idol - Lightening McQueen! 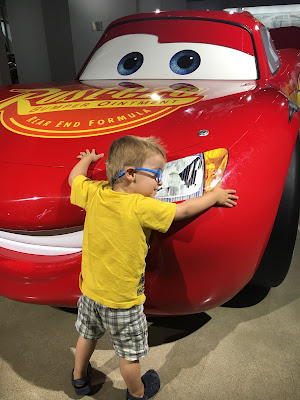 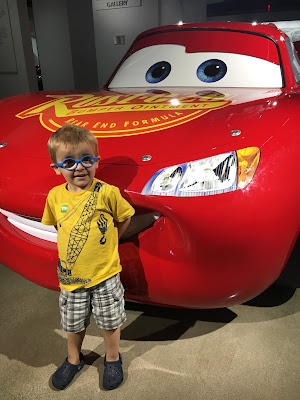 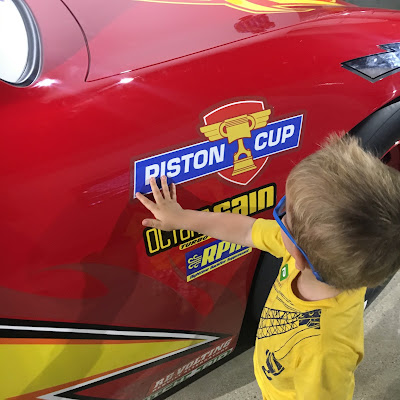 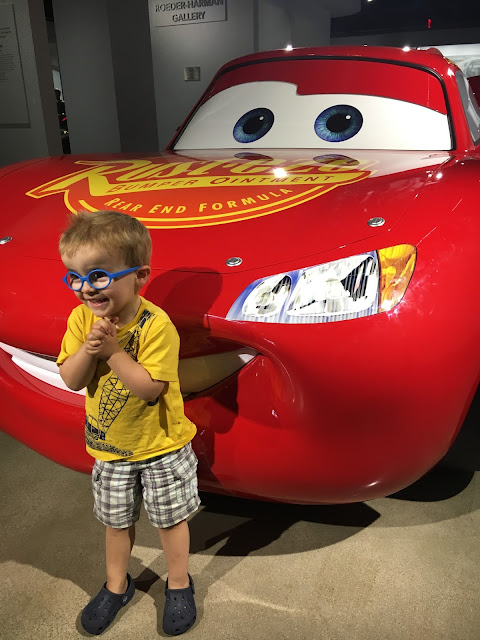 Doc Hudson was there too, but not nearly as exciting as Kachow himself. 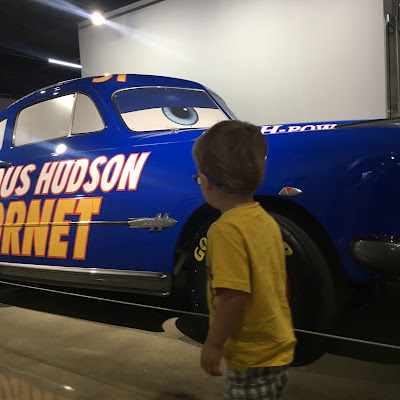 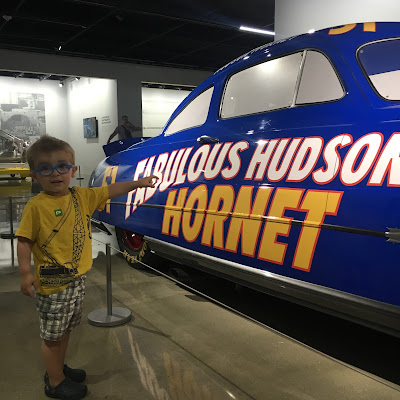 There was an awesome interactive kids room, which we spent a LONG time in. 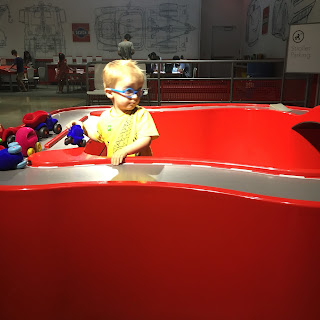 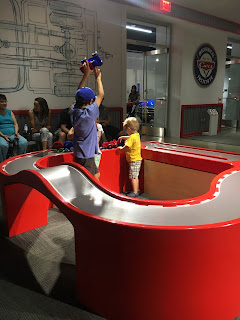 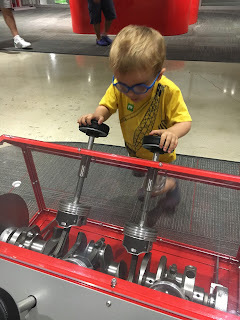 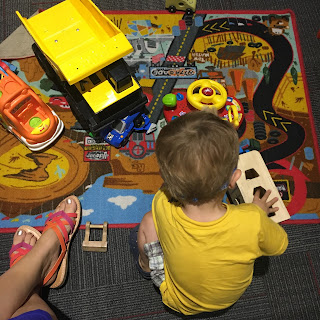 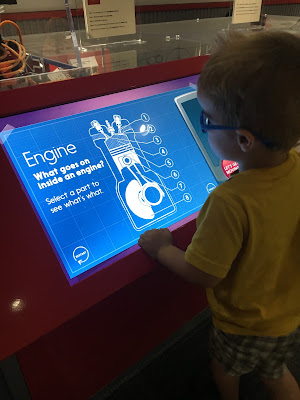 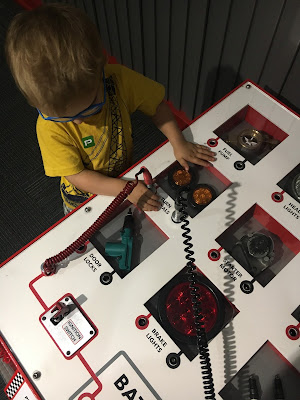 They had a ton of cars from different movies, which was for a not-super-into-cars person like moi. 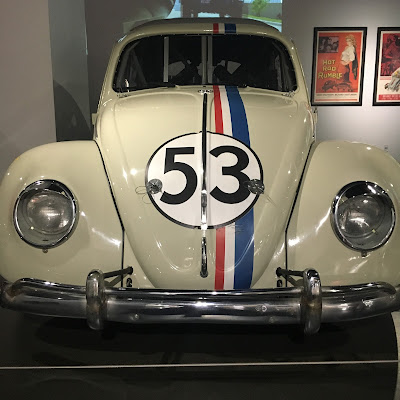 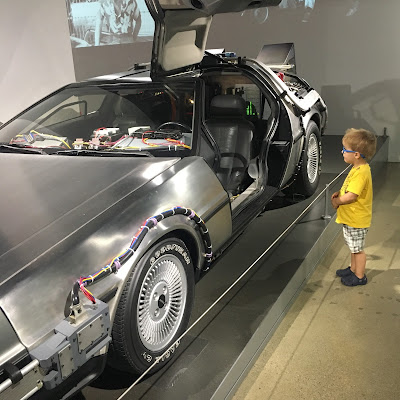 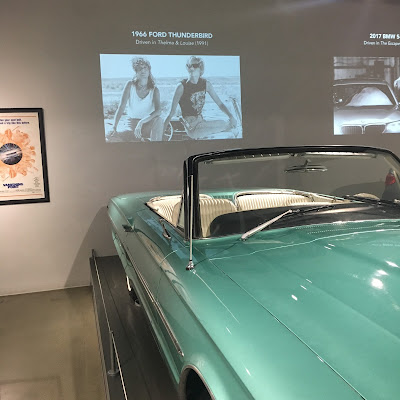 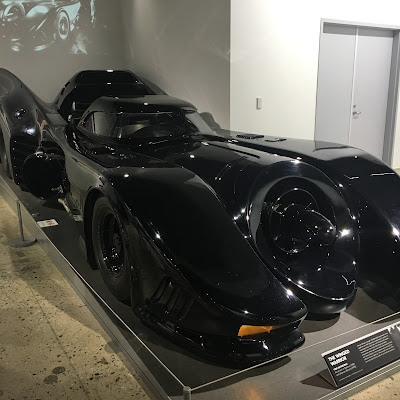 He kept calling this "the Dalmatian car" which i thought was weird until I realized
IT'S WHAT CRUELLA DROVE IN 101 DALMATIANS. Genius. 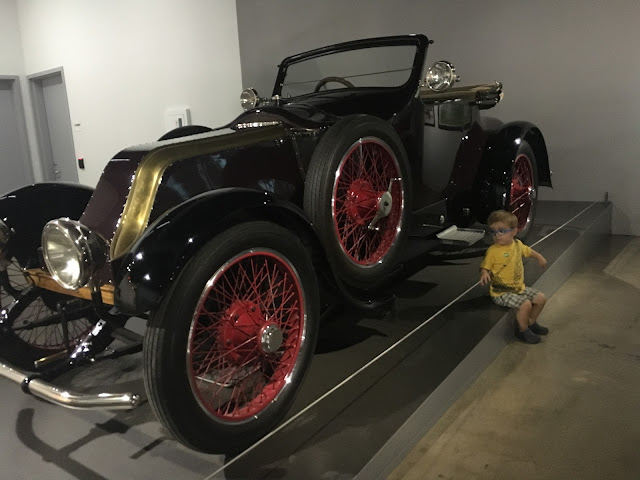 Graham loved all of the interactive stuff, most of all the car he was allowed to "drive." We had to get off several times to give other folks a turn to take a picture, then BOOM he was right back up there ("My turn again??") steering and honking and fiddling with all of the gadgets. 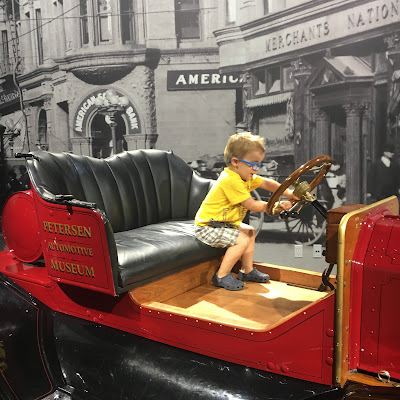 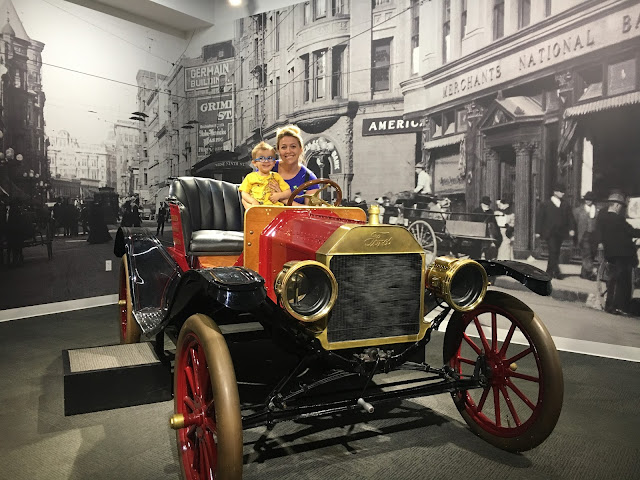 And of course, we spent some time browsing in the gift shop. 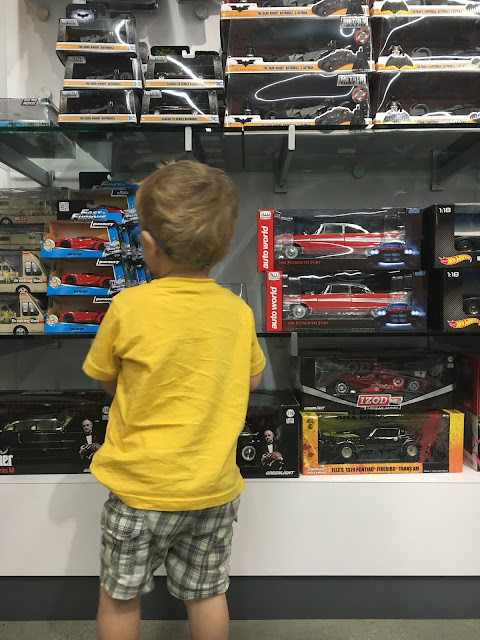 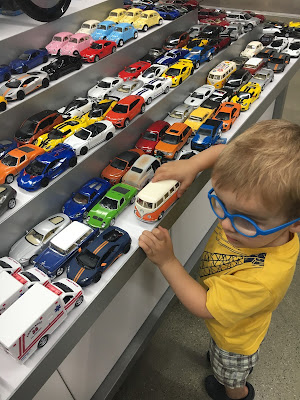 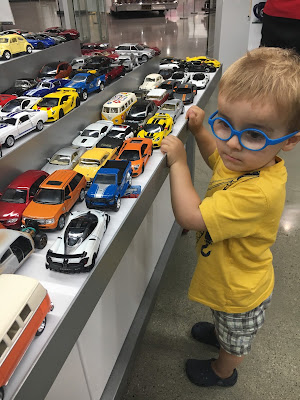 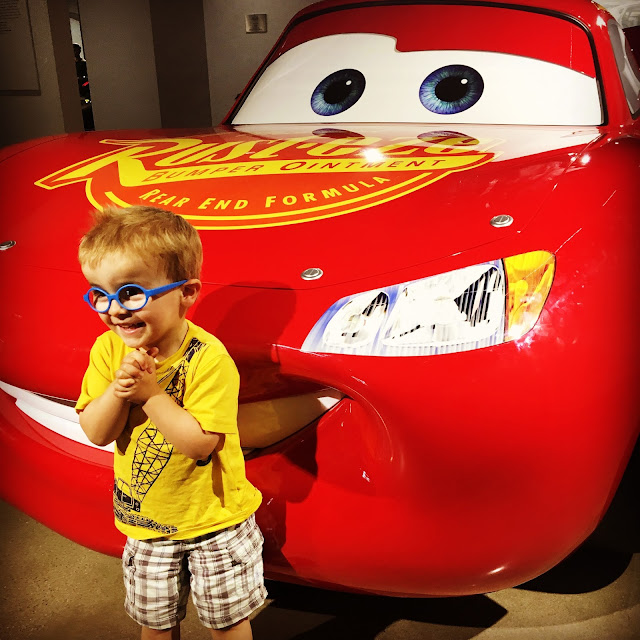