L is for Lion King 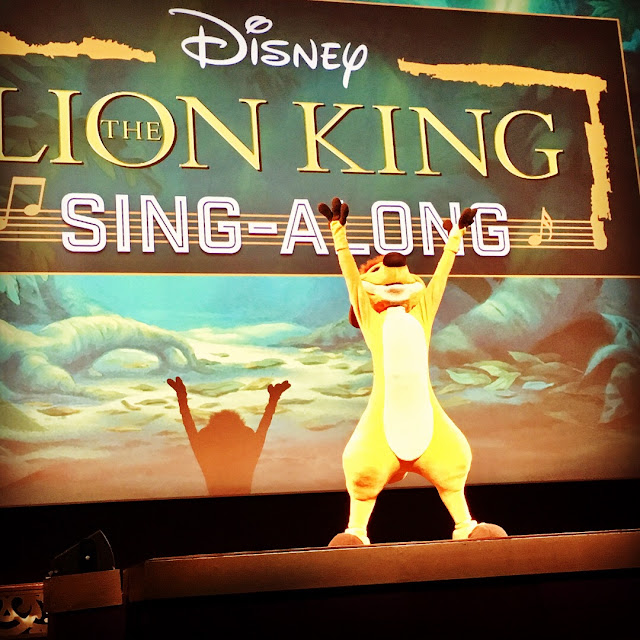 As many of you know, our house has been alllllll about The Lion King as of recent weeks, with either the movie or soundtrack playing constantly wherever we are, and Graham quietly humming “hakuna matata hakuna matata” to himself wherever he goes. Imagine my delight to discover not only was there a local theater showing the original film so he could see it on the big screen, but it was a SING-ALONG version.

There is little I love more than a good, loud sing-along. 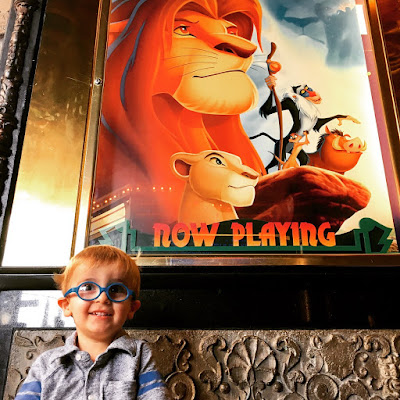 I can only hope my offspring feels the same.

(Spoiler alert: he does.) 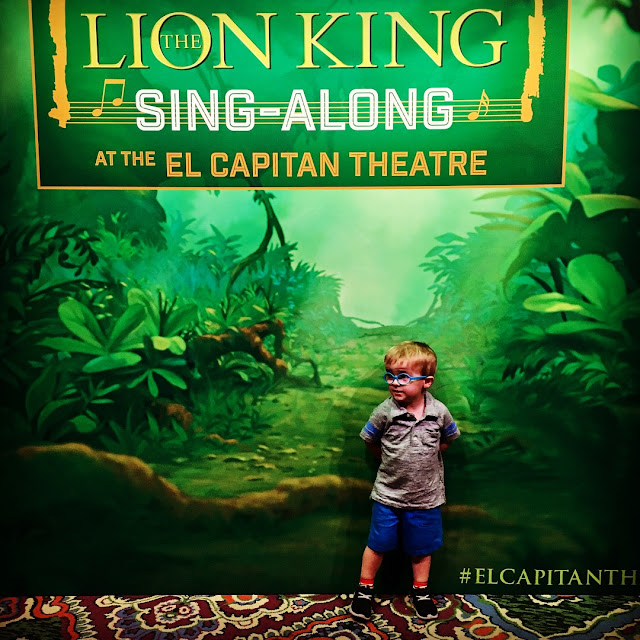 The El Capitan Theater is really old, exceptionally beautiful and immaculately clean. Like, I could not believe how clean. Eat popcorn off the floors clean. Not a single bit of gum stuck to the seats clean. It stood in stark contrast to the scummy sidewalks of Hollywood Blvd teeming with weird characters offering to take a picture with you selling discount sparkly fidget spinners sure to break in under ten minutes just outside. 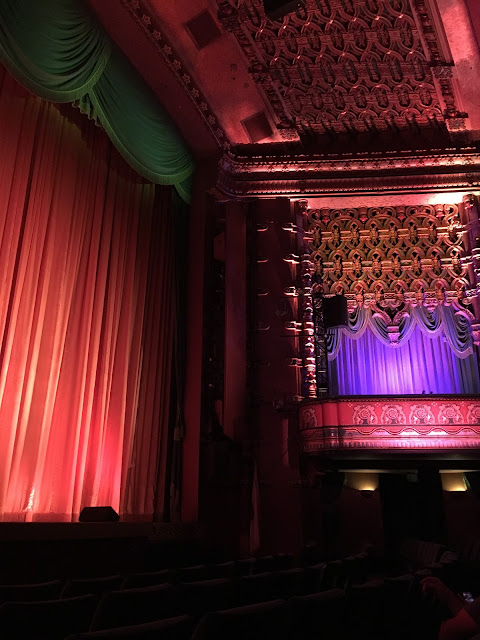 Graham loved the procession of picking up our tickets at will call, checking in at the box office, making our way to the popcorn line, and ceremoniously being led to our seats by a very sweet, very enthusiastic usher, who even offered a fancy movie theater booster seat for G's viewing convenience. 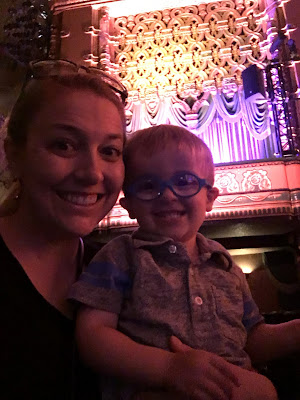 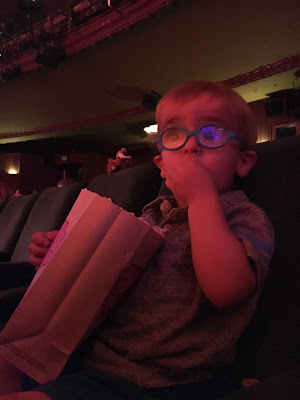 And then the show began. I thought it would just be a screening of the film, with subtitles during the songs, yeah? Good lord, it was so much more intense than that. The first curtains go up and a marquee light show begins. That curtain pulls up and reveals a light-up screen of the Hollywood Hills completely with twinkly Hollywood sign, upon which another light show begins. A pop rendition of Hakuna Matata blasts on, Timon struts out on stage and the kids go nutso. Confetti cannons boom and the audience is showered with delicate tissue paper flower and leaf confetti. It was so intense, I thought Graham might be a little nervous, but he was taking it all in wide-eyed and slack-jawed. 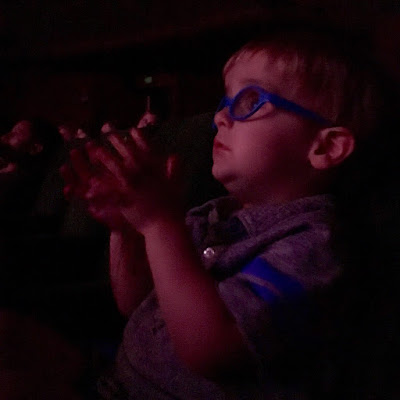 Afterwards, we went for a stroll along Hollywood Blvd (woof) and found some fun stars! 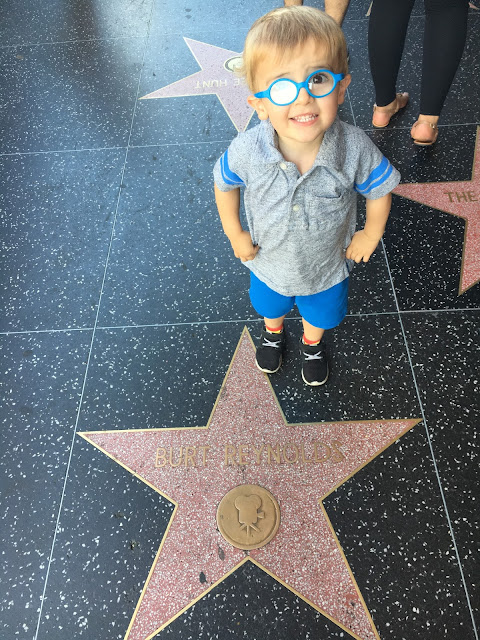 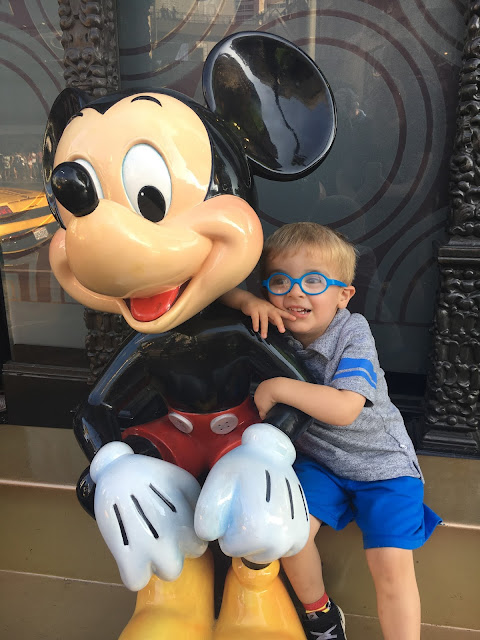 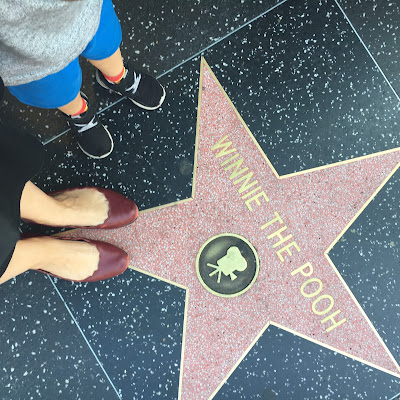 I've been raving about the experience to anyone who will listen! So much entertainment for the price of a regular ol' movie ticket. And Graham keeps saying, mama remember when we went to lion king singalong?" pronouncing each syllable ever so carefully.  *swoon*  Worth the price of entry right there.