As you may have heard on the news, the east coast is preparing for the storm of the century - NYC in particular is expecting 1 to 2 feet of snow overnight and winds up to 50 mph. For a (totally naïve) California girl like me (who has never been marooned inside her apartment with no electricity or running water), Blizzard Watch 2015 has been sort of exciting! 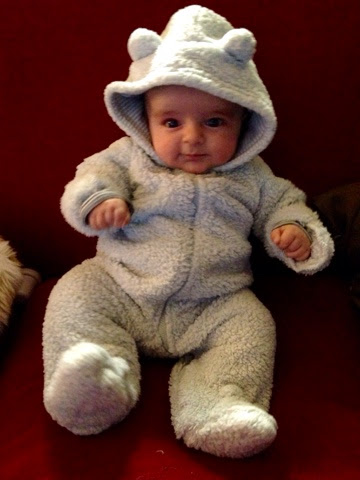 G and I had a big day yesterday preparing for the storm - we went out in the morning before the snow got heavy to get bottled water and canned goods (plus some chocolate for good measure); we dug up flashlights, candles and matches; we washed every stitch of laundry in the entire house (four loads!) so we'd be all ready for whatever fell from the skies over the next 24 hours! DVC made it safely home from work, though the walk through Central Park was a bit treacherous and he was sopping wet with snow by the time he walked through the door. They announced around 8pm that they'd be completely shutting down the subway system - something virtually unheard of for New York - so the city will be at quite a standstill the next few days. 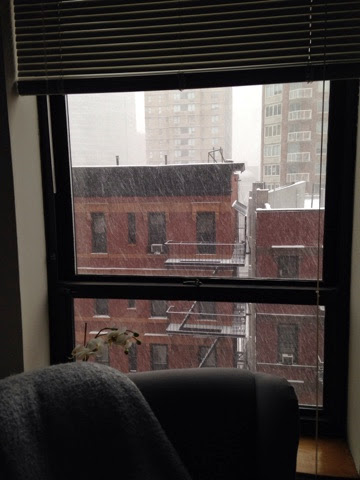 This was yesterday at 2 PM, just when the flurries began to thicken.

Thank you to everyone who has called, texted and emailed to check in on us. We so appreciate your kind words and caring thoughts, and will of course keep you posted on our safety status throughout the storm. As I sit here with Graham in the middle of the night (poor dude has been up often with a very stuffy nose), it's actually rather peaceful watching the white flakes swirl about and quite reassuring listening to the rumbling of the snowplows attempting to stay on top of the pile up. We shall see what the morning light reveals!