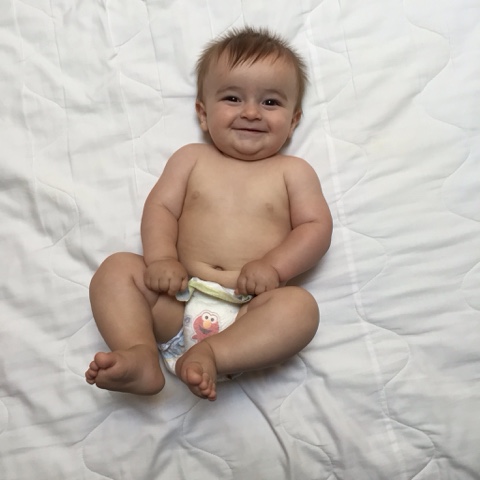 Eating like a champ. String beans were a hit, as were mashed potatoes and summer squash. He's also mastered the pincer movement, picking up Cheerios with thumb and forefinger to feed himself all on his own! Seems to favor his left hand for eating, though tends to use his right more often for everything else. 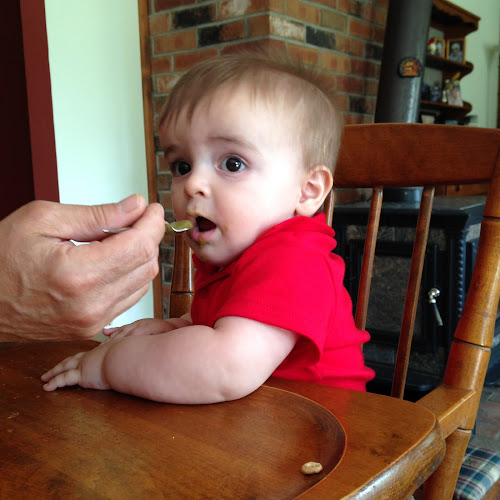 He found his feet long ago, but they've recently become one of his favorite toys. He also uses them quite a bit in play - if we throw him a ball, he'll usually grab for it with his feet before even trying to get it with his hands. Or if he drops something, he'll feel around for it with his toes. He often plays with empty water bottles by holding the bottom steady in between his pudgy little feet and gnawing on the top. 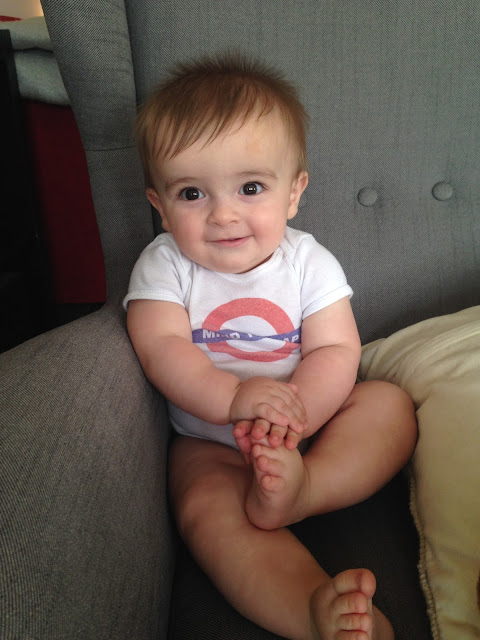 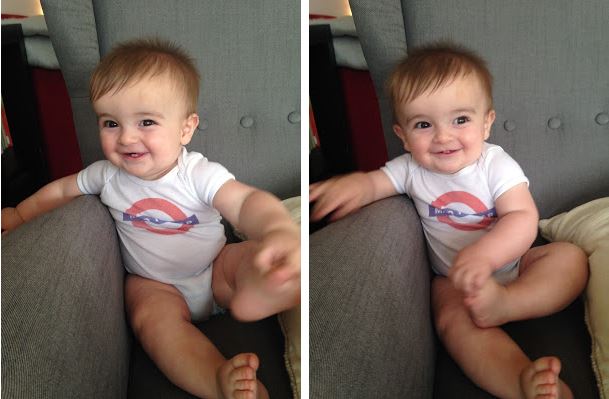 Newest accomplishment is standing up in his crib! After pulling himself the first few inches up, he likes to clamp onto the top rail with his jaw to assist with balance while raising the rest of the way up. Apparently gums are more helpful than one would have guessed! 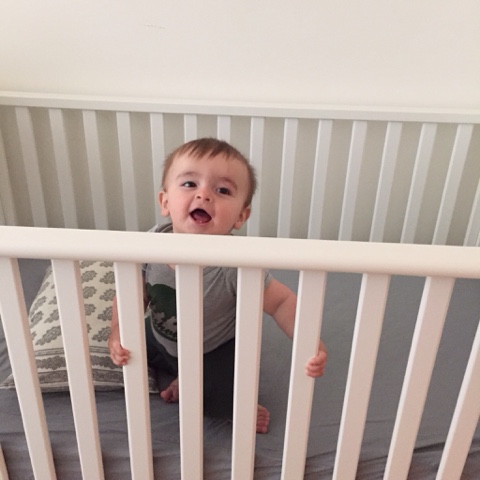 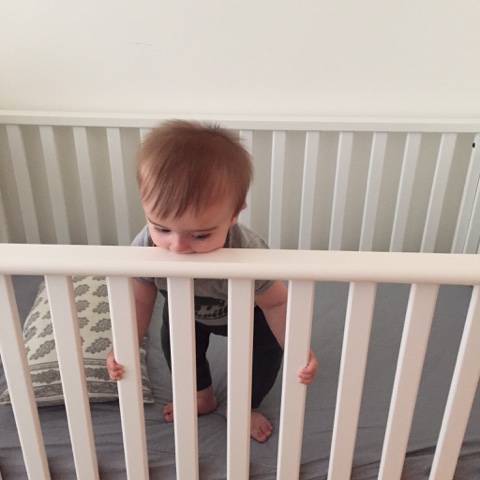 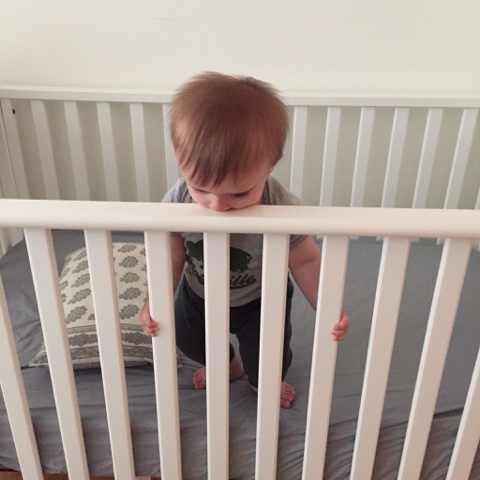 Time to raise the bar... 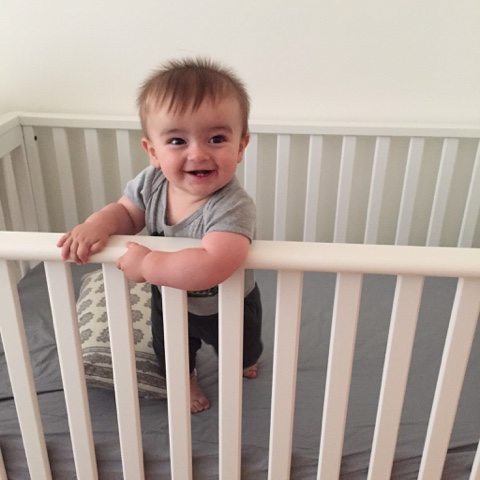 So proud of himself!