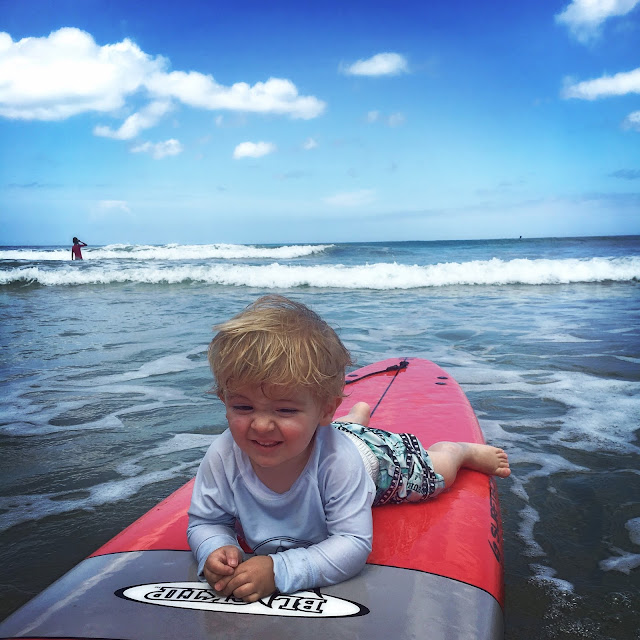 What is Costa Rica known for??  Lush landscapes, volcanoes, monkeys, coffee and SURFING!

We made an appointment with our friend Gustavo for surf lessons early in the week, in case anybody got hooked and wanted to go again before we had to leave. We met Gustavo several years back at our favorite zipline place (which you'll hear more about in a later post) where he used to work as a guide, and have remained friends as he's gotten married, had two little girls and opened his own surf school. He teaches at Playa Avellanas, a gorgeous lesser known spot a few miles south of Tamarindo, but still getting more popular than we prefer (ugh, tourists!). It takes quite a commitment to get out there - the only route in is a crazy dirt road made of constant potholes for 30 minutes straight - but upon arrival you are rewarded with a tranquil coastline, terrific waves and yummy nachos at Lola's. 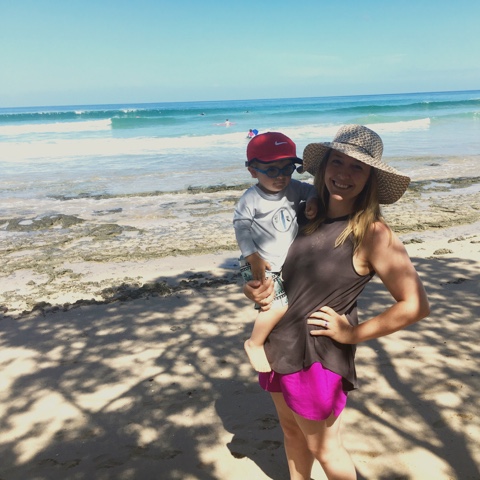 Jamma, G and I opted to stay on dry land and watch the water activities from afar. 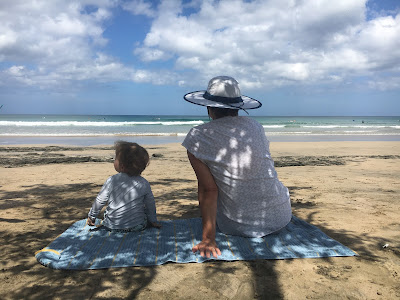 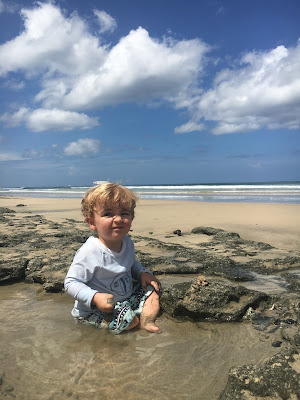 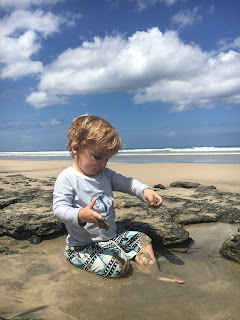 While Leaf, DaBo and DVC got out in the water bright and early - 8am call time for the best waves! 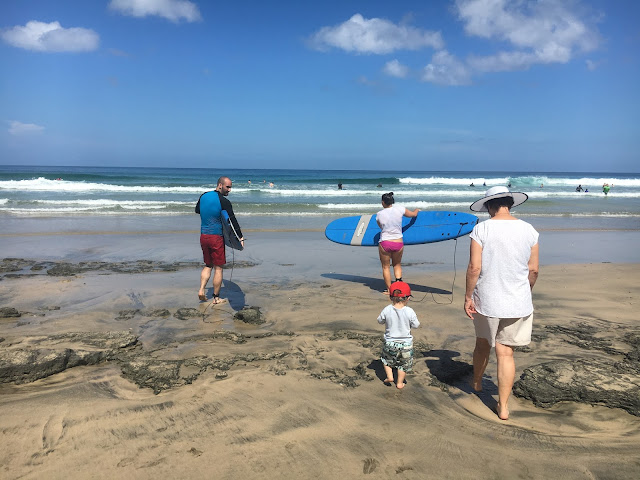 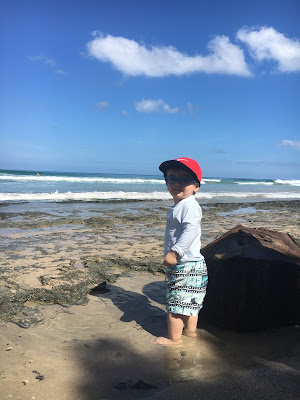 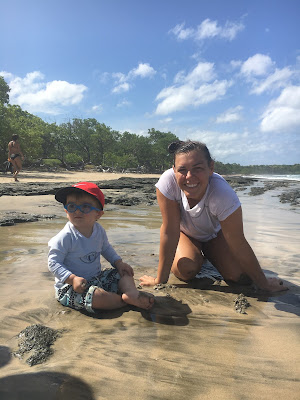 G had a blast  munching on  playing in the sand
and ceremoniously walking out to greet each surfer as they came in one by one for breaks. 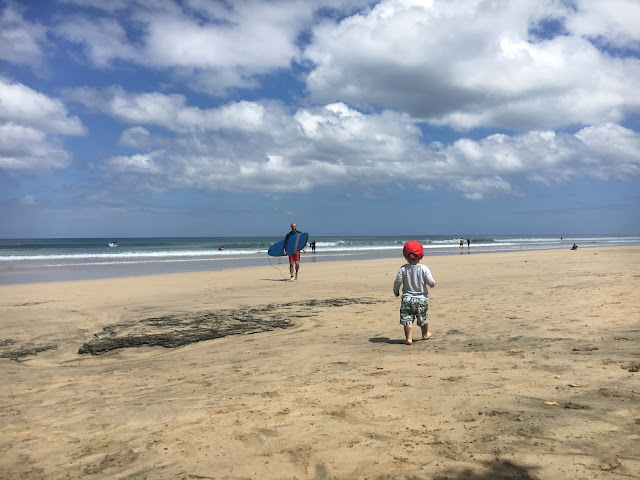 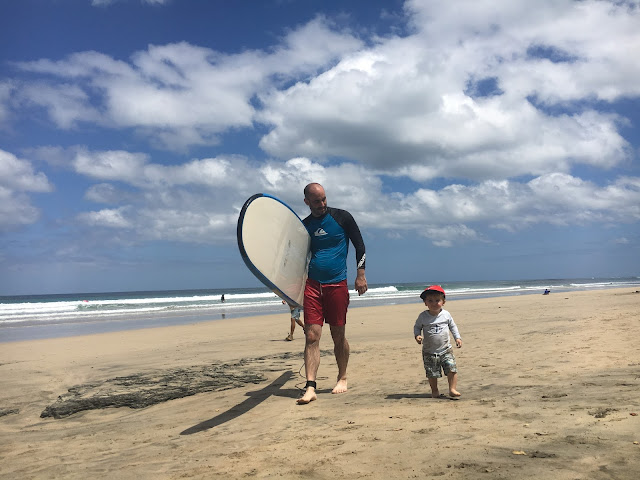 He even took a turn on a board! 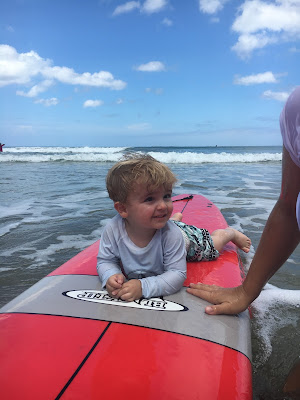 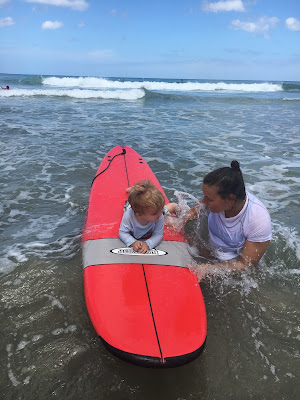 Not a huge fan though.
He much preferred the comfort of someone's arms while frolicking in the waves. 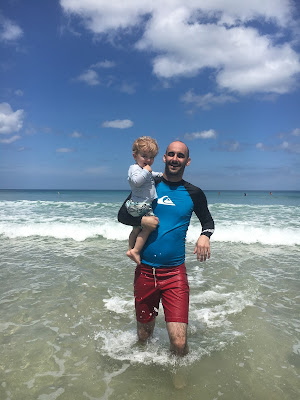 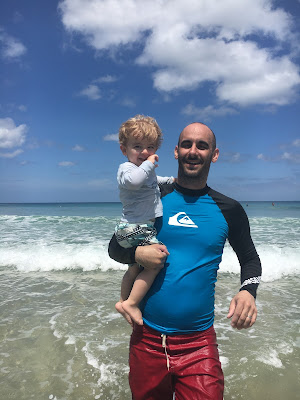 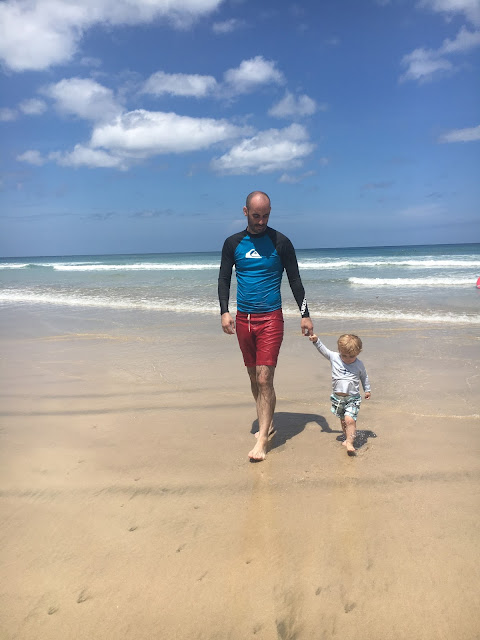 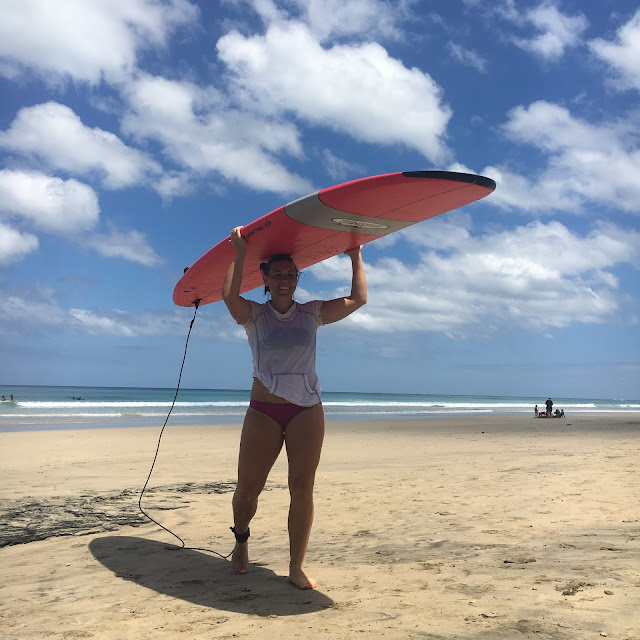