M is for Marathon

This Sunday was the NY Marathon and the route went right by our house! Since it was only a block away, we popped over multiple times during the day to check out the action. When we first walked by early in the morning, we got to see the para-cyclists, then later came the runners. G was fascinated by both the participants and the onlookers cheering wildly. 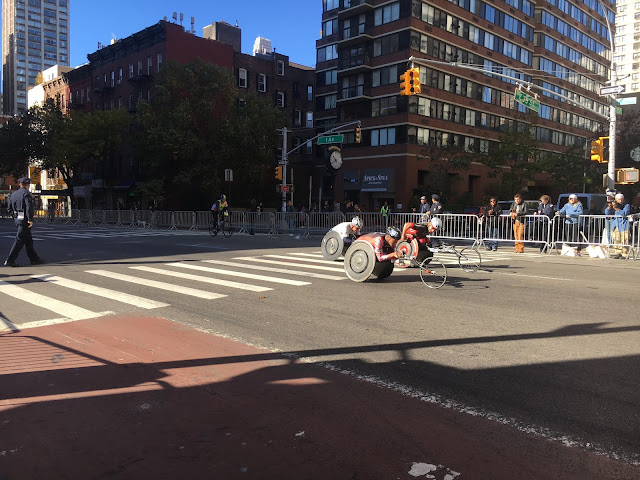 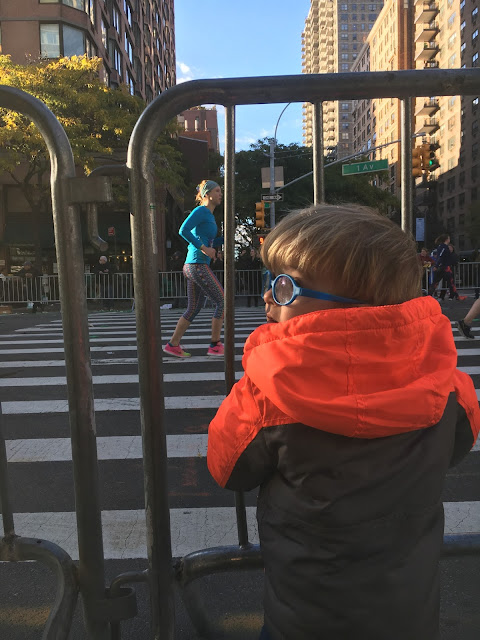 Major score - happened upon several firetrucks parked along the route just a few blocks from our place, which the firemen on duty were kind enough to let us explore. Graham was a bit nervous at first, preferring to wave from afar, but he eventually warmed up and pushed every button he could get near. 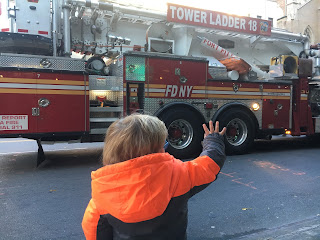 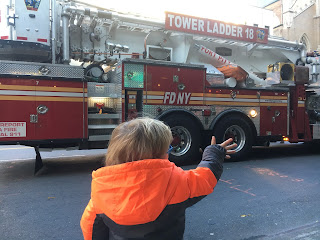 Later in the day, we met up with Dave's uncle and cousins who were in town watching their mom (his aunt) run the marathon! It was cool, we were able to track her location in the race and position ourselves to see her run by at multiple points and (after a significant amount of time maneuvering around ridiculously elaborate blockages in Central Park) also greet her at the finish line. 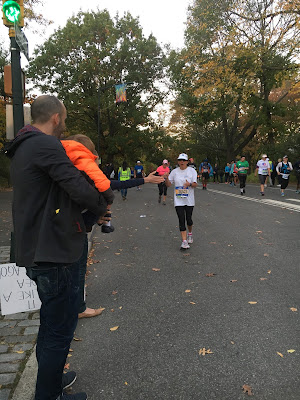 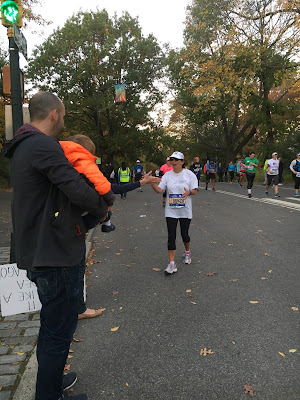 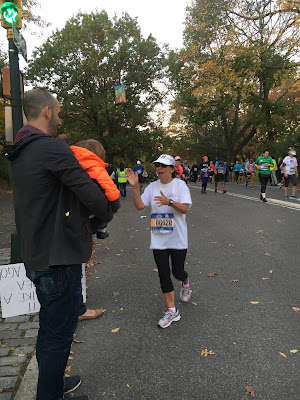 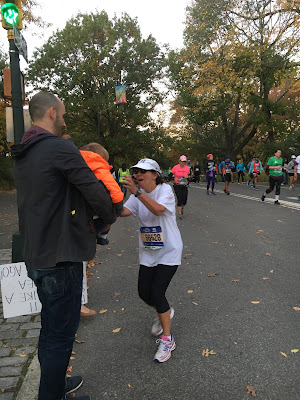 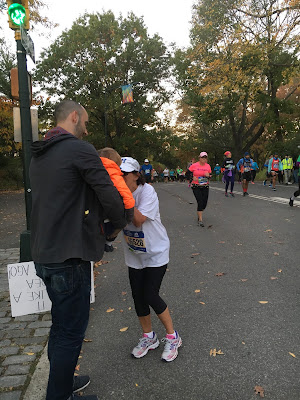 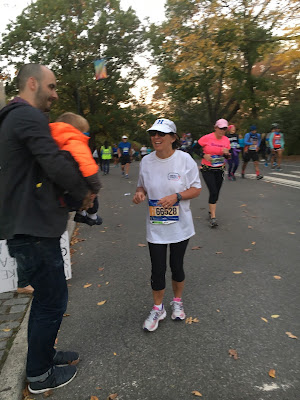