That Time We Went to BOSTON: Part 1 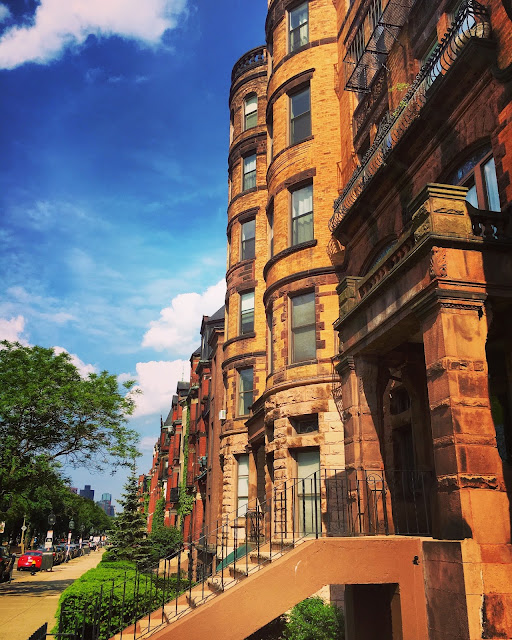 Over Memorial Day weekend we visited Boston. It was a last-minute-ish trip, we decided just one week ahead of time that we really wanted to get out of the city and have been talking about drivng up to Beantown (nobody calls it that) for a while now - badabing, badaboom we had a hotel and rental car all lined up and were daydreaming about G napping the entire 4 hour ride there!

Roadtrippin'...drive took an unfortunate 5.5 hrs. We kept changing our route due to traffic and it just got nastier and nastier. Graham DID sleep, but certainly not the entire time. And while he wasn't awful, he did not like being stuck in a car seat for that long. Who can blame him? 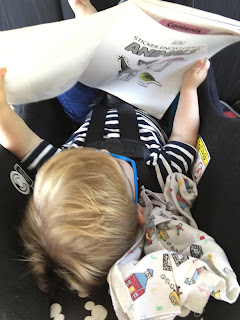 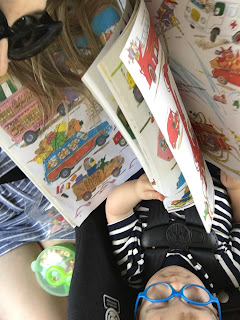 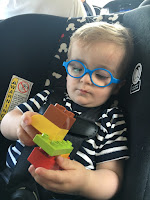 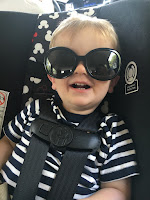 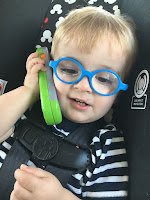 Once we made it to the city, we wasted no time in getting outside! After a quick check-in to our hotel and a freshening up, we headed out to Newbury Street, turned left and walked north a few blocks. It was crazy hot and the wheels on G's stoller were a bit flat, so we said we'd keep our eyes peeled for a bike shop as we continued over to Commonwealth... then BOOM suddenly we found ourselves directly in front of the bike shop that Dave actually used to work at. Popped in for quick hello and to borrow the tire pump, then we were good to go! 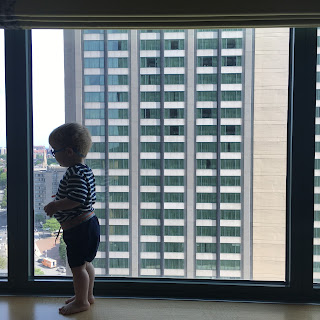 First order of business? Snapping Graham's pic in front of 402.
This is where it allllllll happened, ladies and gentlemen: the infamous frat house. 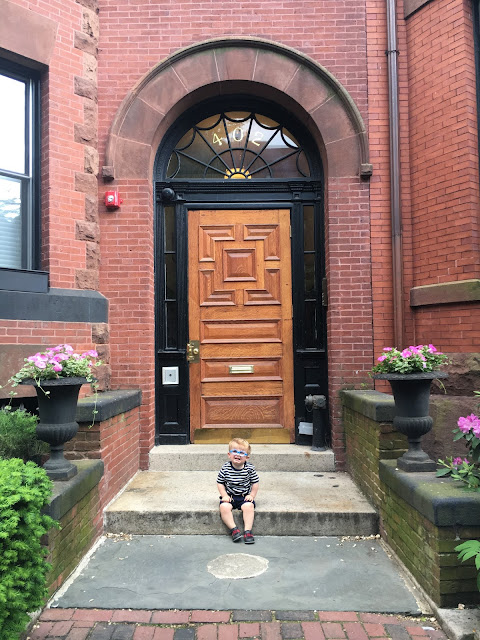 From there we walked to Boston Public Common and Garden. It was bloody hot, so we got an iced tea and slowed our stroll. Our trusty tour guide taught us that the streets go in alpha order descending to Boston Common, so you can always gauge how far you are by what letter you're at! 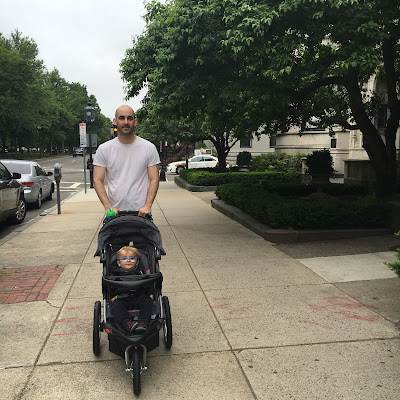 Made our way toward The Good Life, another one of Dave's former places of employment, where we had an early dinner. Cheeseburger and steak tips, delicious. New owner and no longer a Sinatra bar, sadly.

Lots of really beautiful cemeteries throughout the city. This one was adjacent to Boston Gardens. 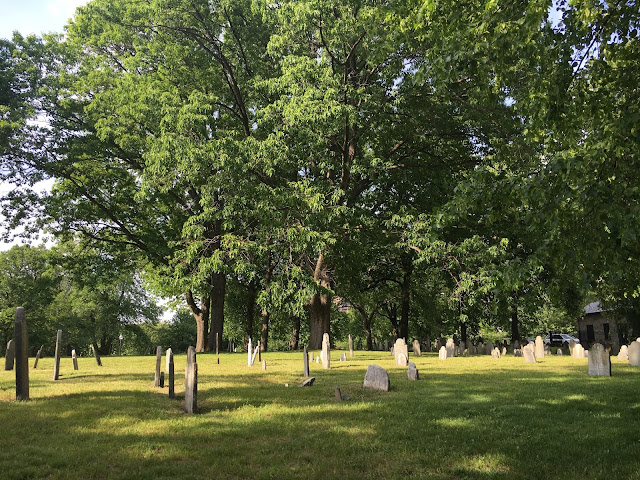 The following morning we started out with a walk along the river. 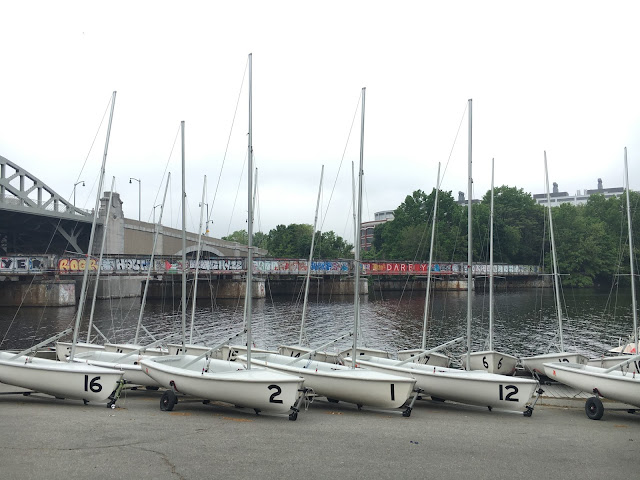 Introduced the little stinky monster to the big green monster. 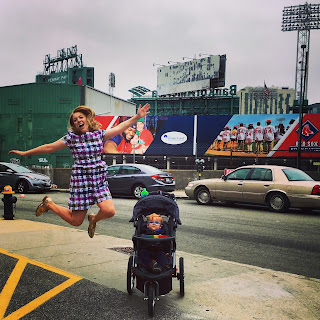 And it wouldn't be a complete visit without touring the ol' stomping grounds... 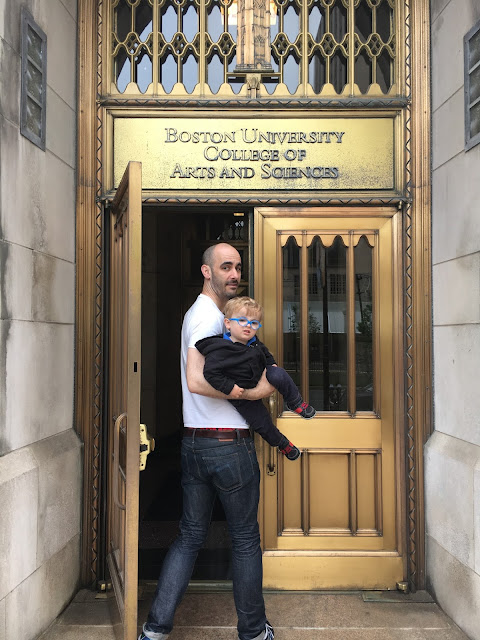 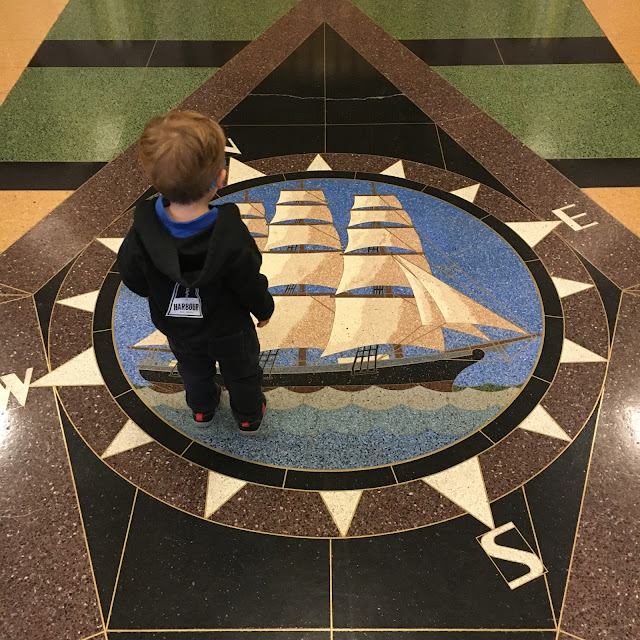 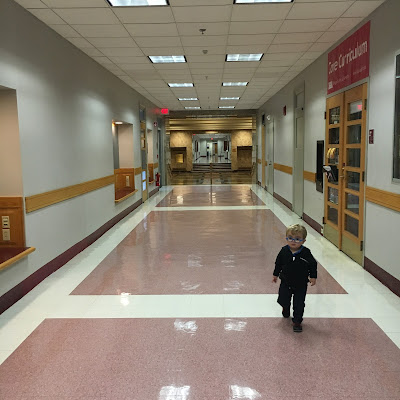 Just to round it out, we peeked at Harvard too... 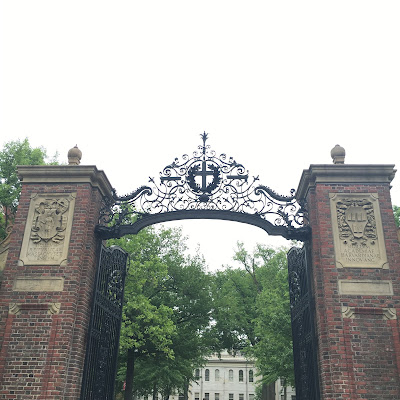 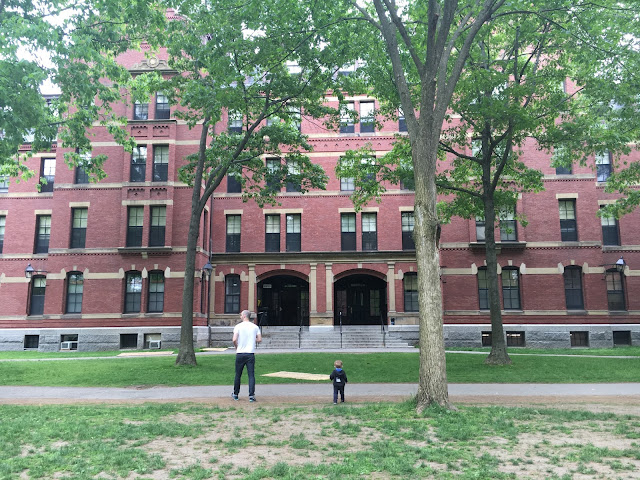 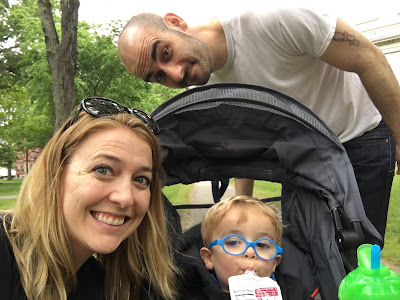 But G was much more impressed with his packet.
Posted by megidew at 1:15 PM