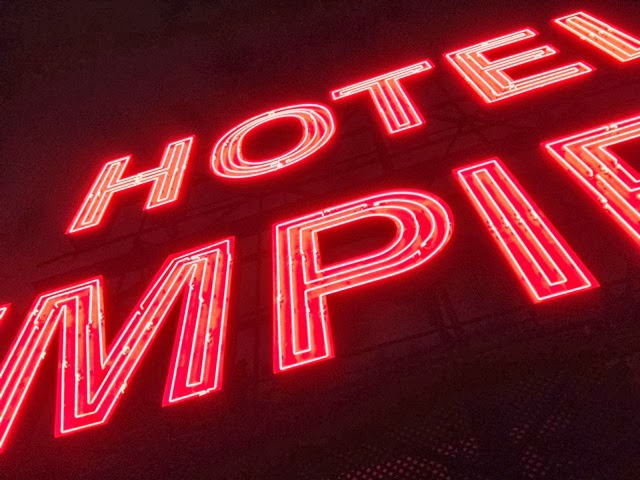 When my friend Jessie was in town, we met up for drinks one evening at the Empire Hotel, most recently known as the hangout of choice for the Gossip Girl gang (though I still don't understand how highschoolers were constantly being served alcohol without so much as a second look?). 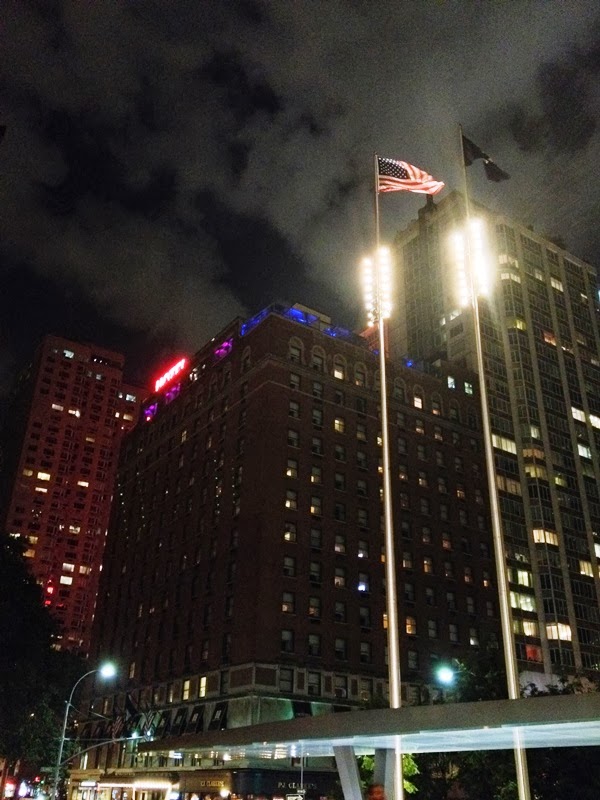 The bar is perched at the top of the hotel (see the red and blue lights in the picture above)
and has indoor space as well as an outdoor lounge area with glass walls and heating. 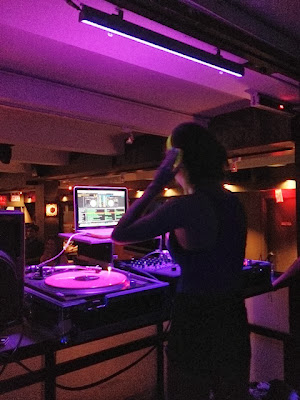 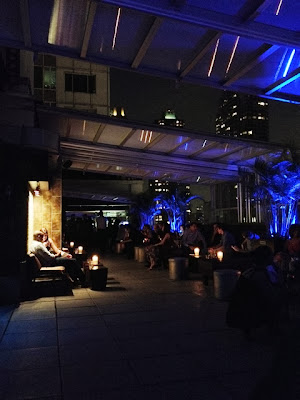 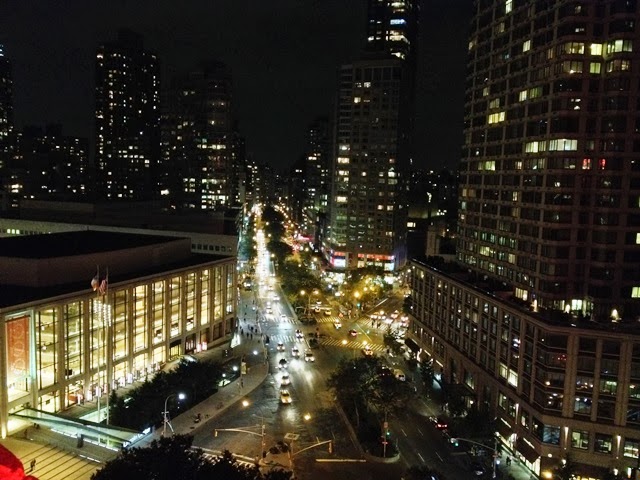 and looking west you can see all of Lincoln Center. 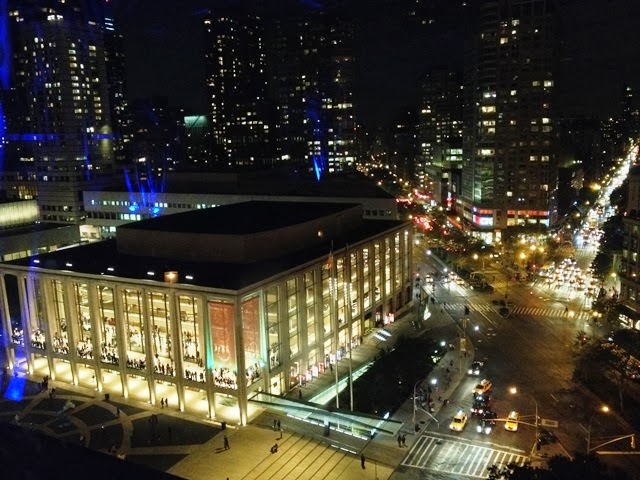 (I snapped this pic during must what have been an intermission at that evening's performance,
because there were sooo many people pressed up against the glass of the building below.
Five minutes later, the outer windows of that same building were completely empty.)
Afterward, we walked across the street to Lincoln Center to take some photos of the fountain. 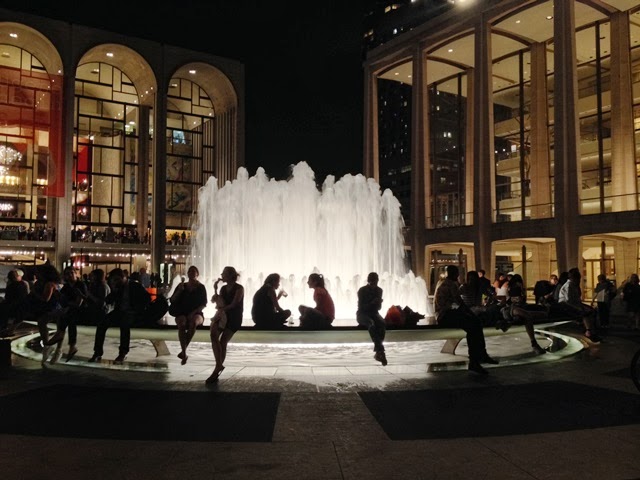 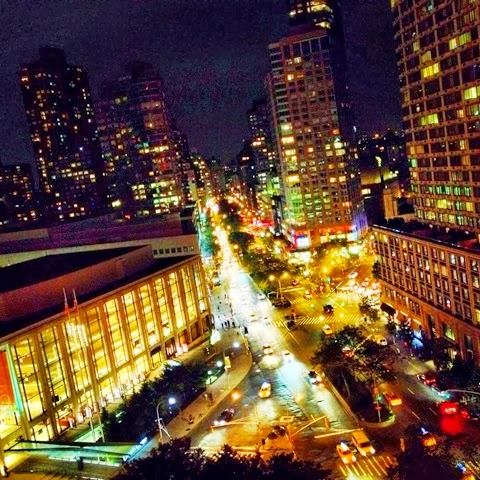