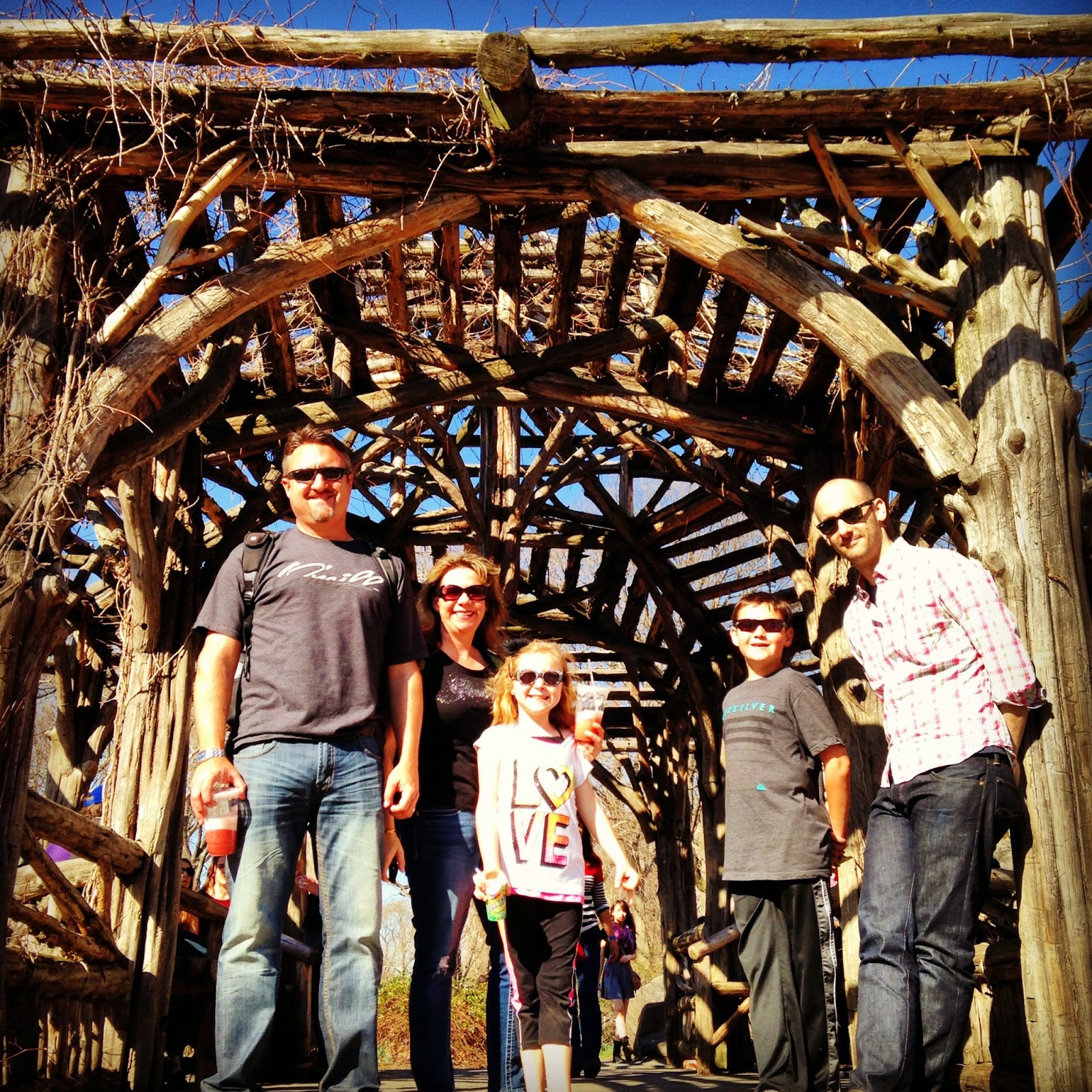 Another catch-up post - in April, my cousins came to visit! They are really good at taking the time to visit friends/relatives who live in far off places, having visited my sister in Germany during last year's spring break, as well as multiple visits to old college friends in various U.S. states.  Being such pro travelers, they were able to see A TON in just a short time here in New York. 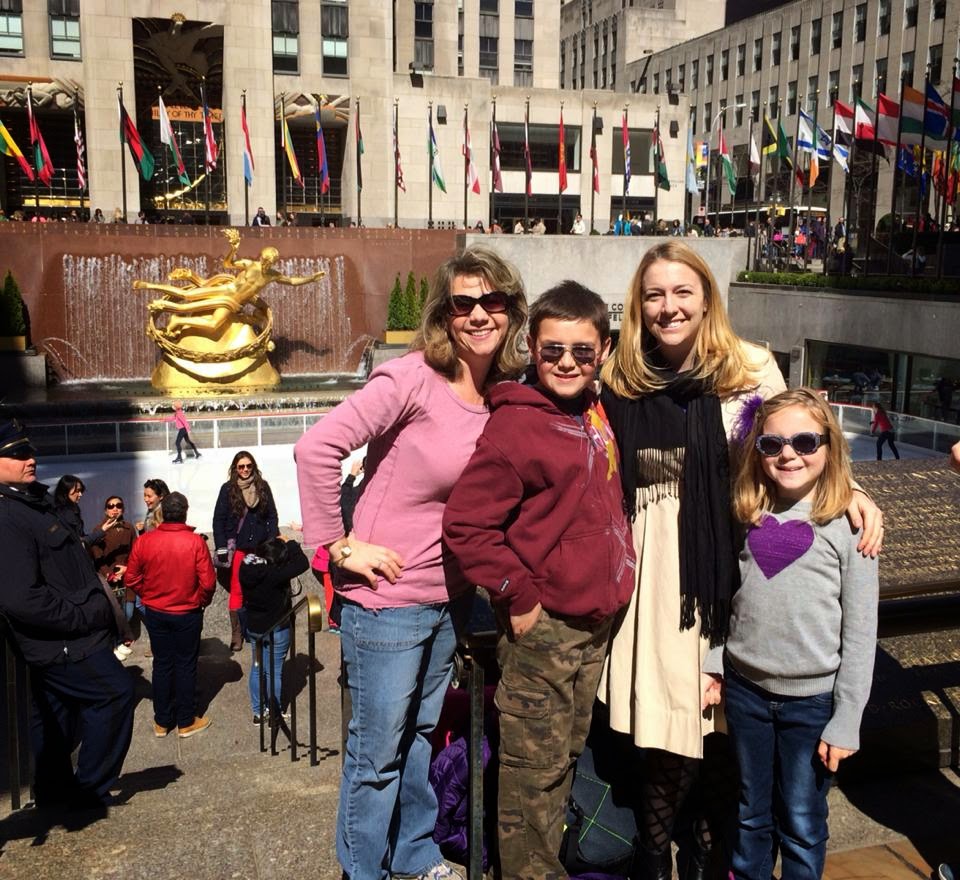 
A stroll around the Jackie O. 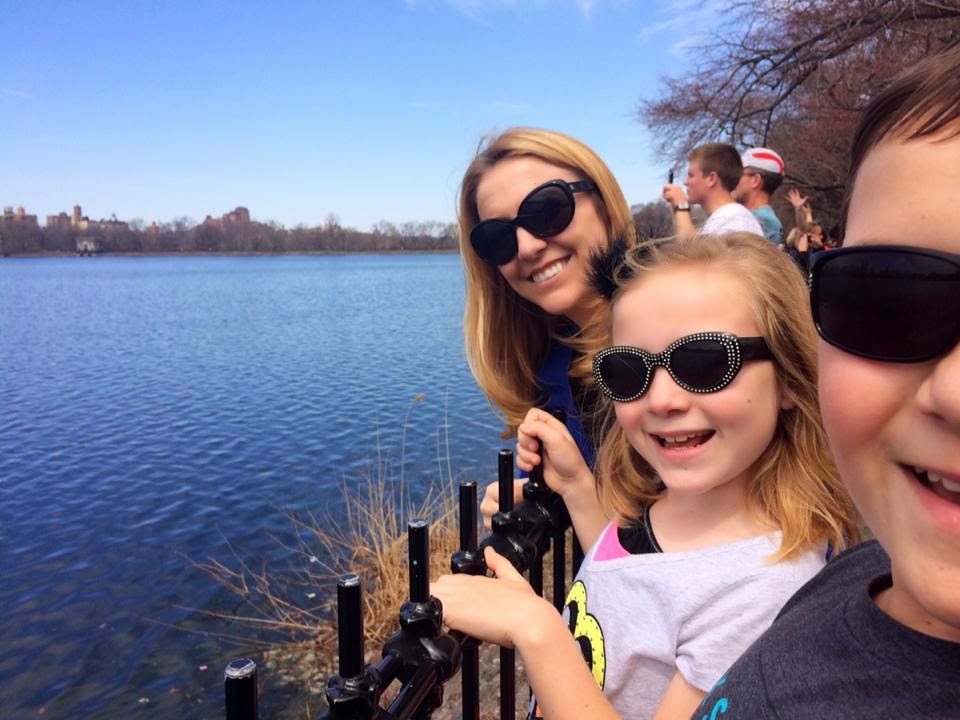 Your standard song and dance in Central Park. 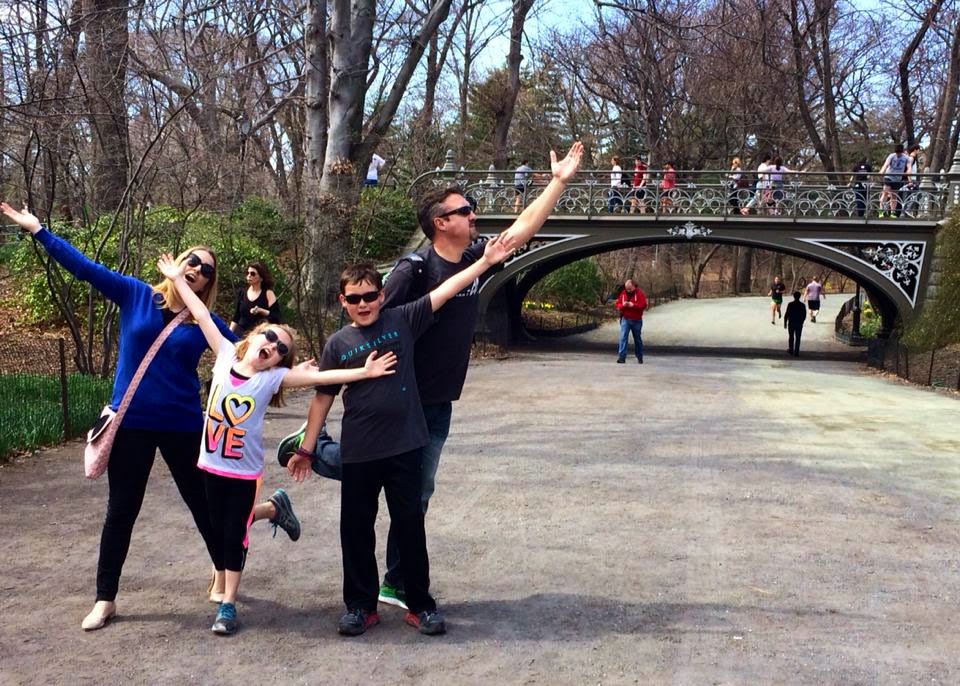 Lots of bagels and subway time! 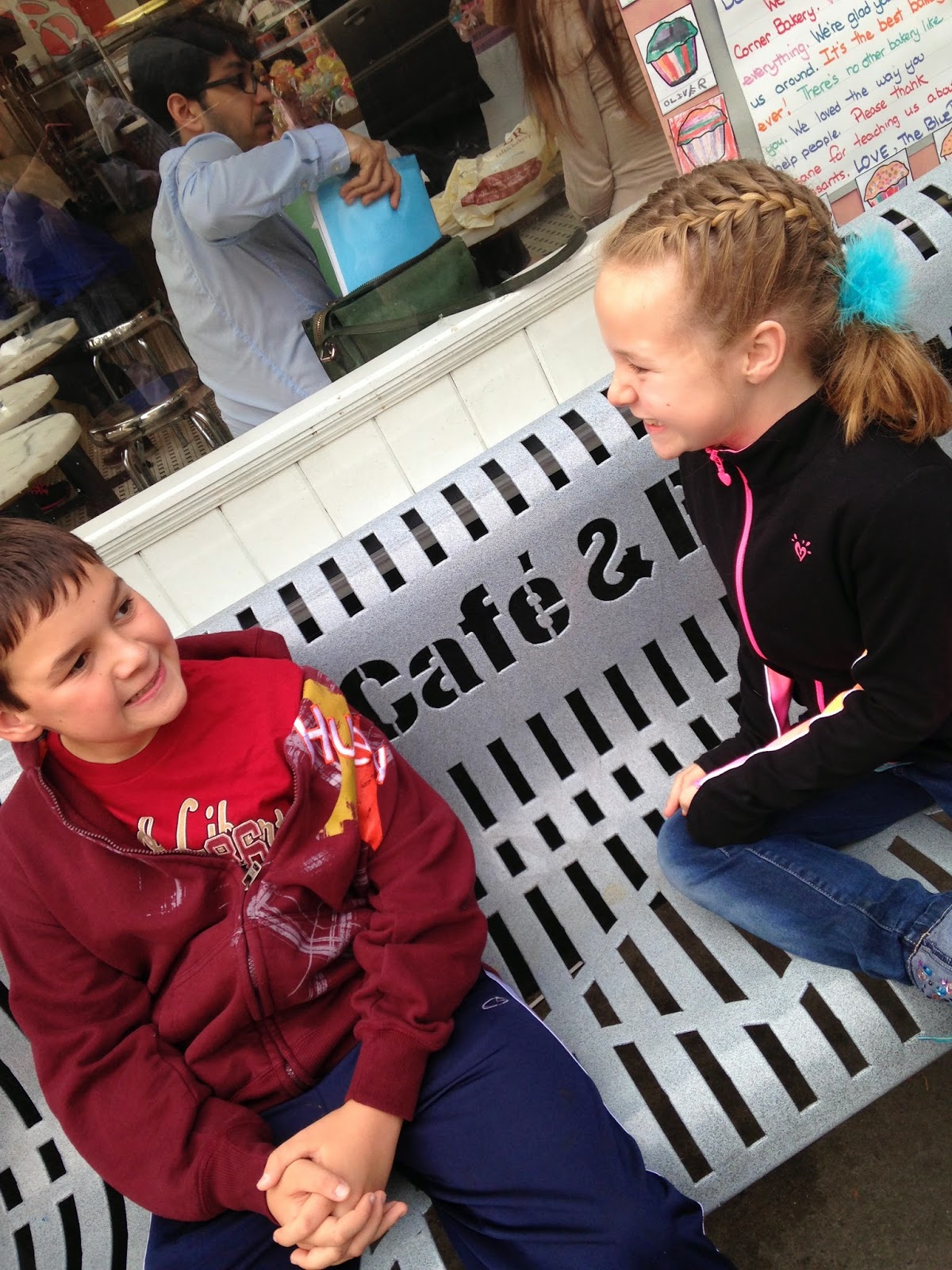 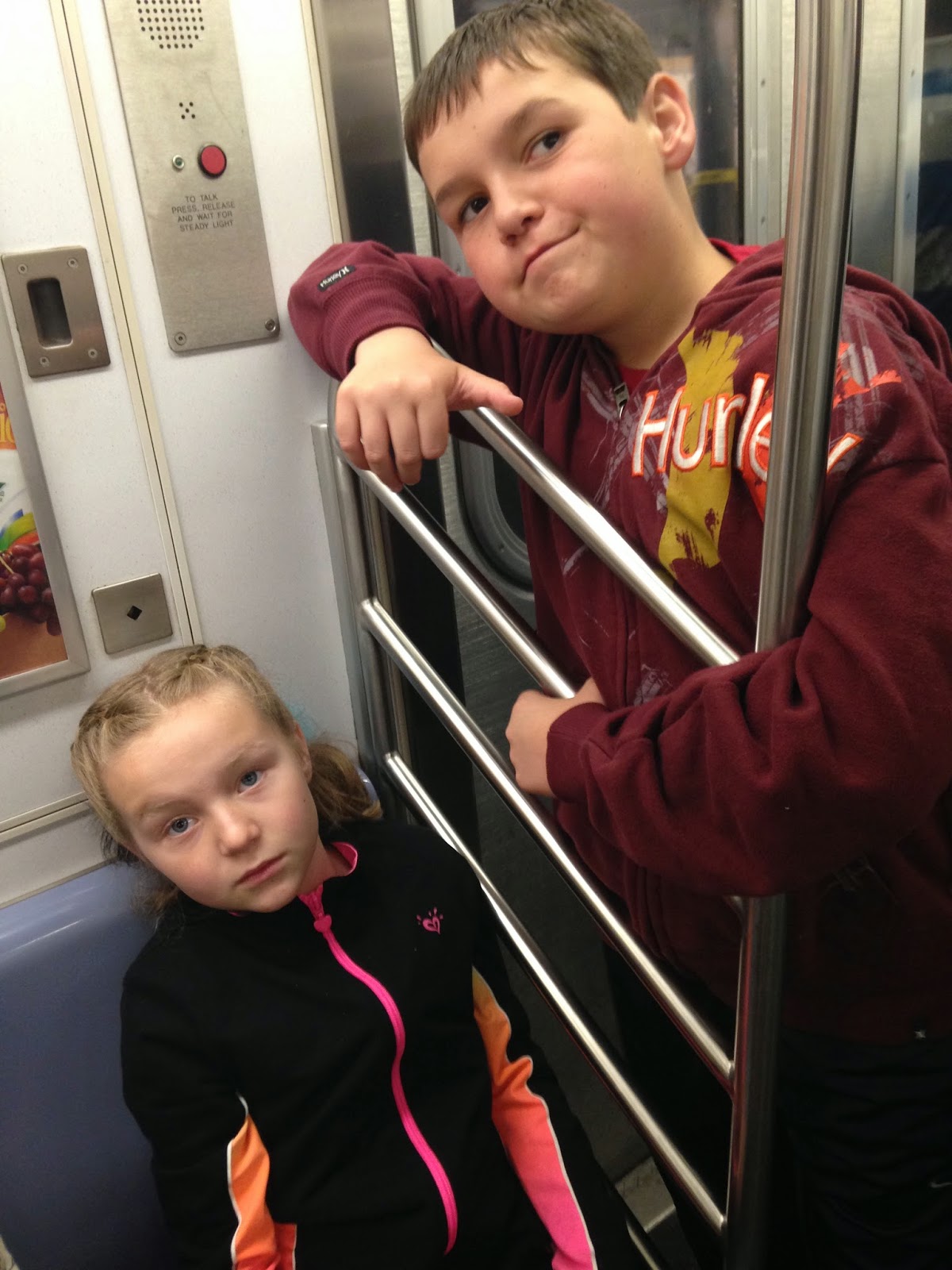 And of course, a meal on the steps of the Met. 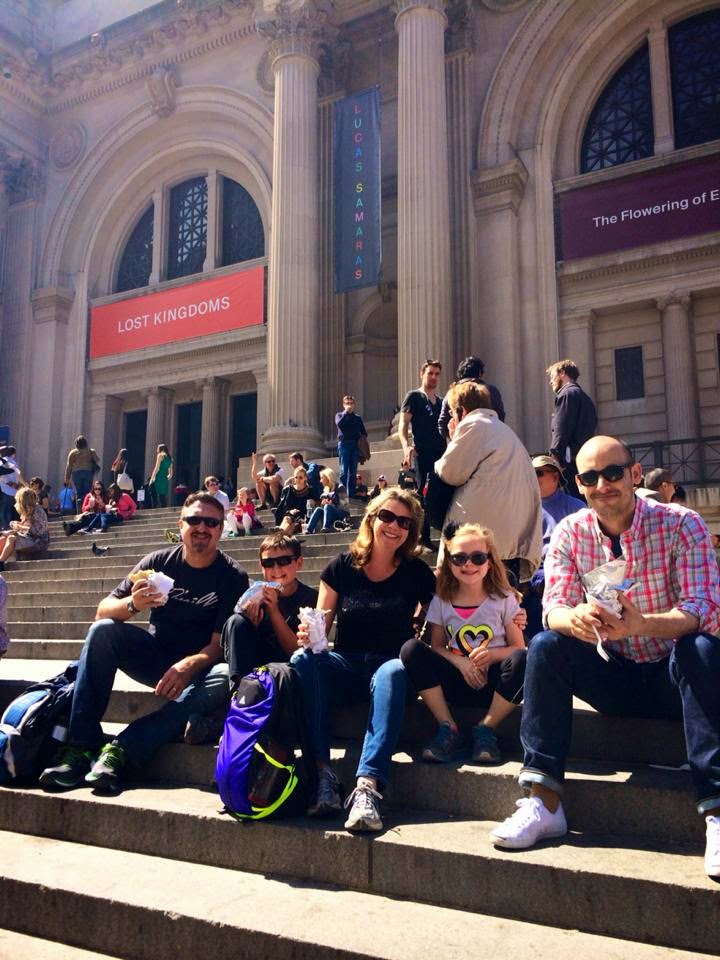 Plus, no trip with kids to NYC would be complete without a visit to FAO Schwartz and the Big Piano, though the kids hadn't seen the movie so didn't really get that it was anything other than just a large piano. 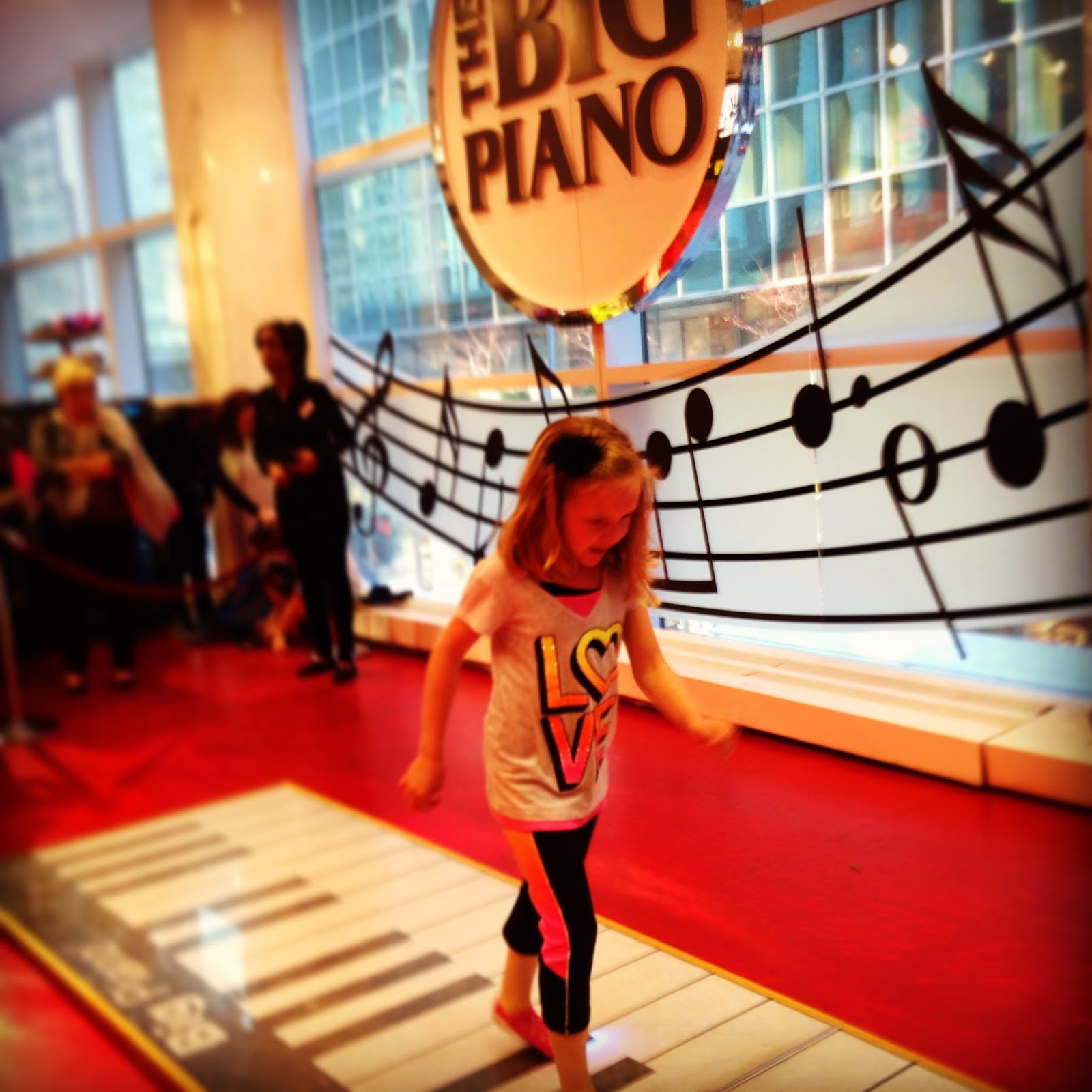 One night the kidlets had a sleepover at our apartment, so their parents could have a date night in the city. Penny spent the night with us that same evening, so it was a full house one bedroom apartment! We stuff ourselves full of NY pizza, watched several movies (Leigh, they'd never seen Jumangi!) and had a sweet blow-up mattress tickle fight. 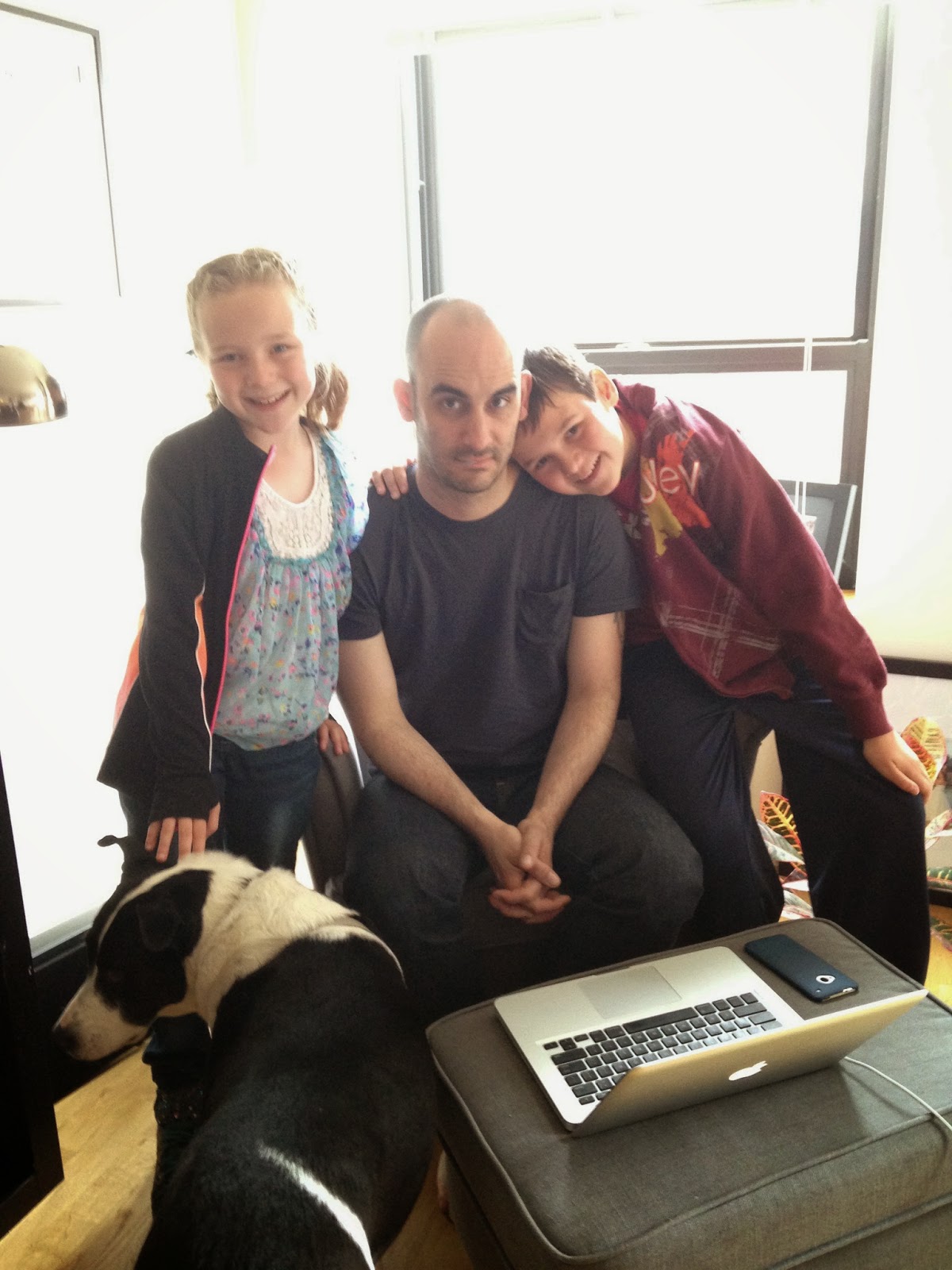 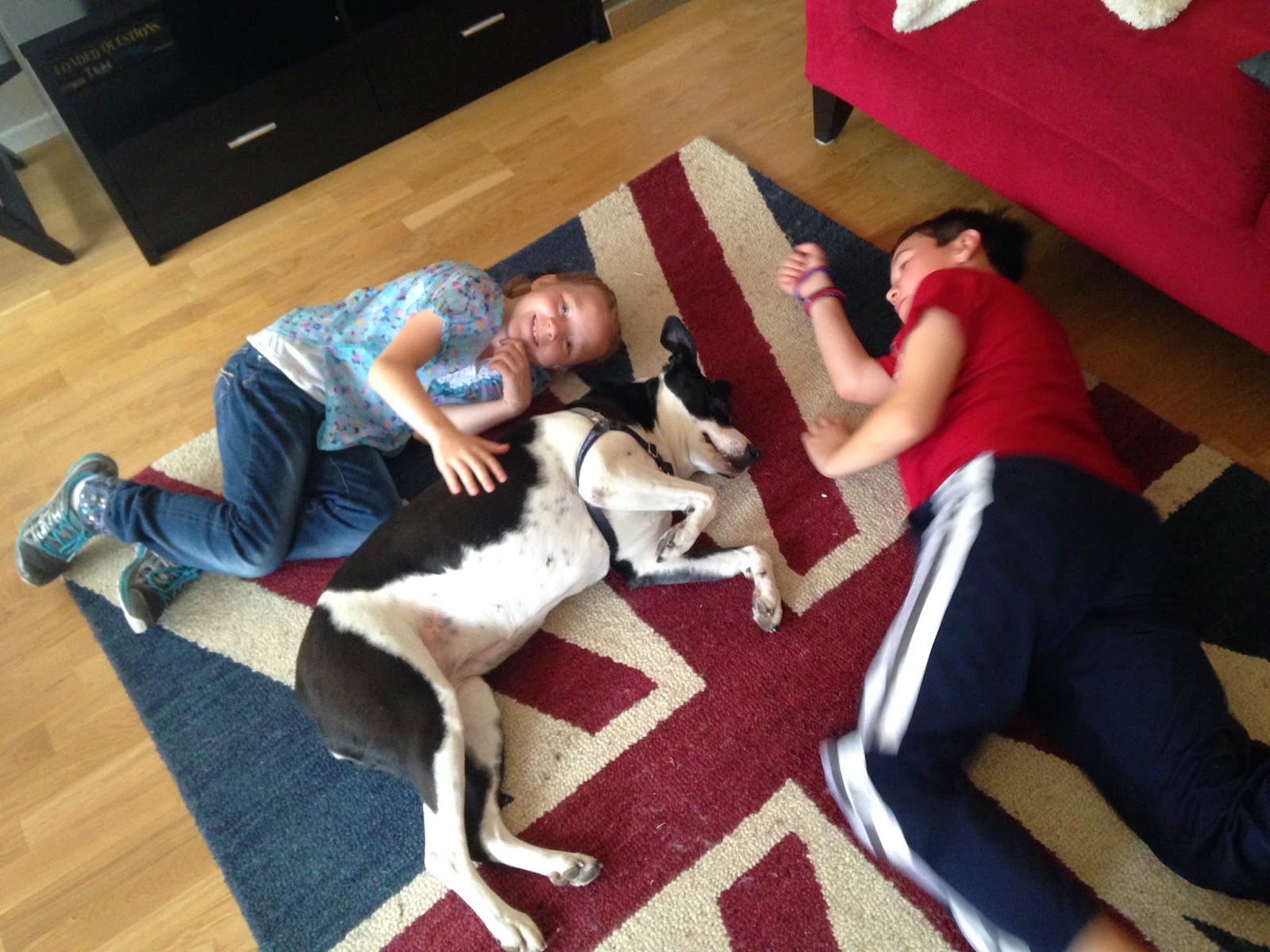 The next morning we popped up to the roof deck to get a birds eye view of the city, then it was croissant time. 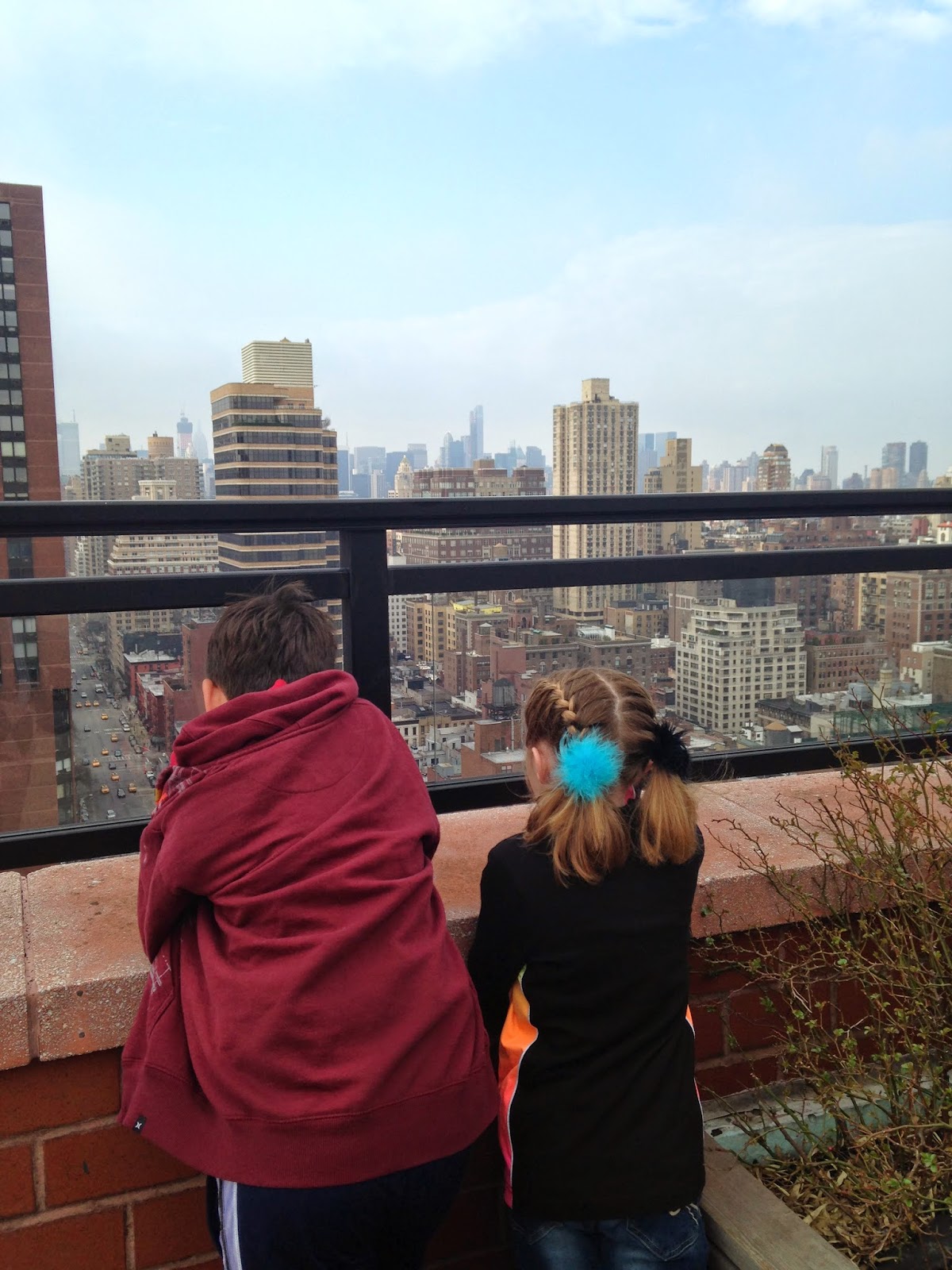 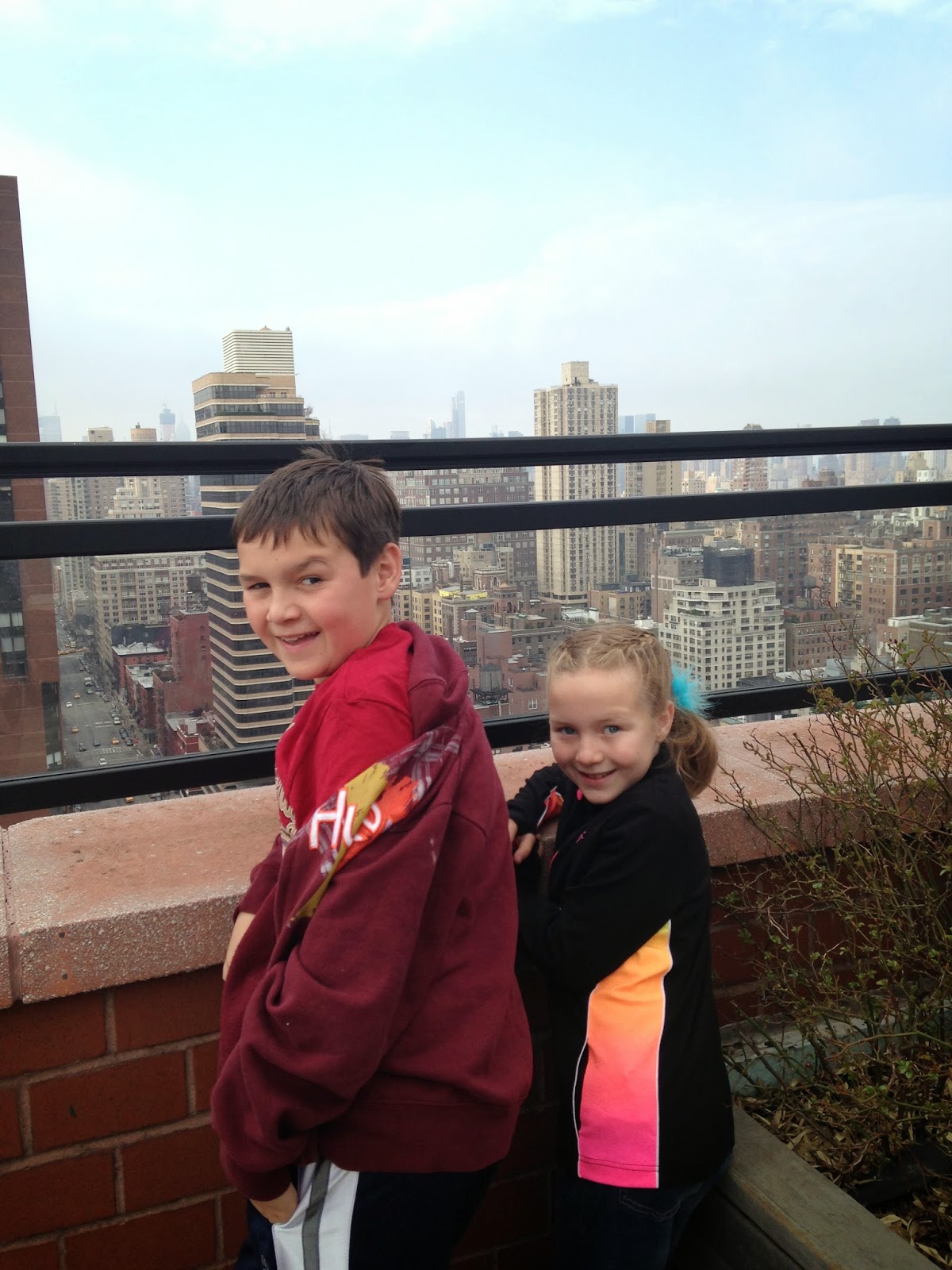 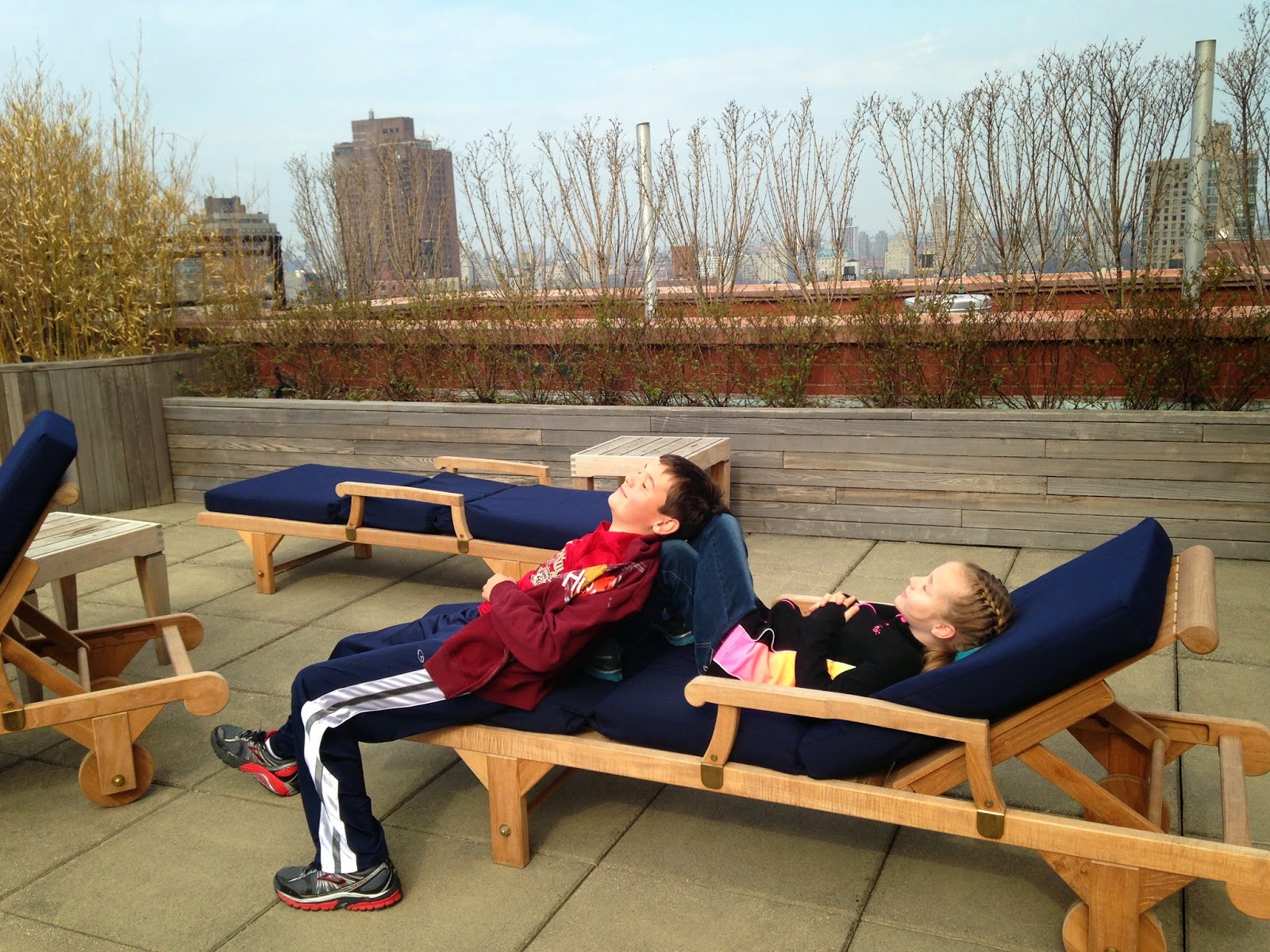 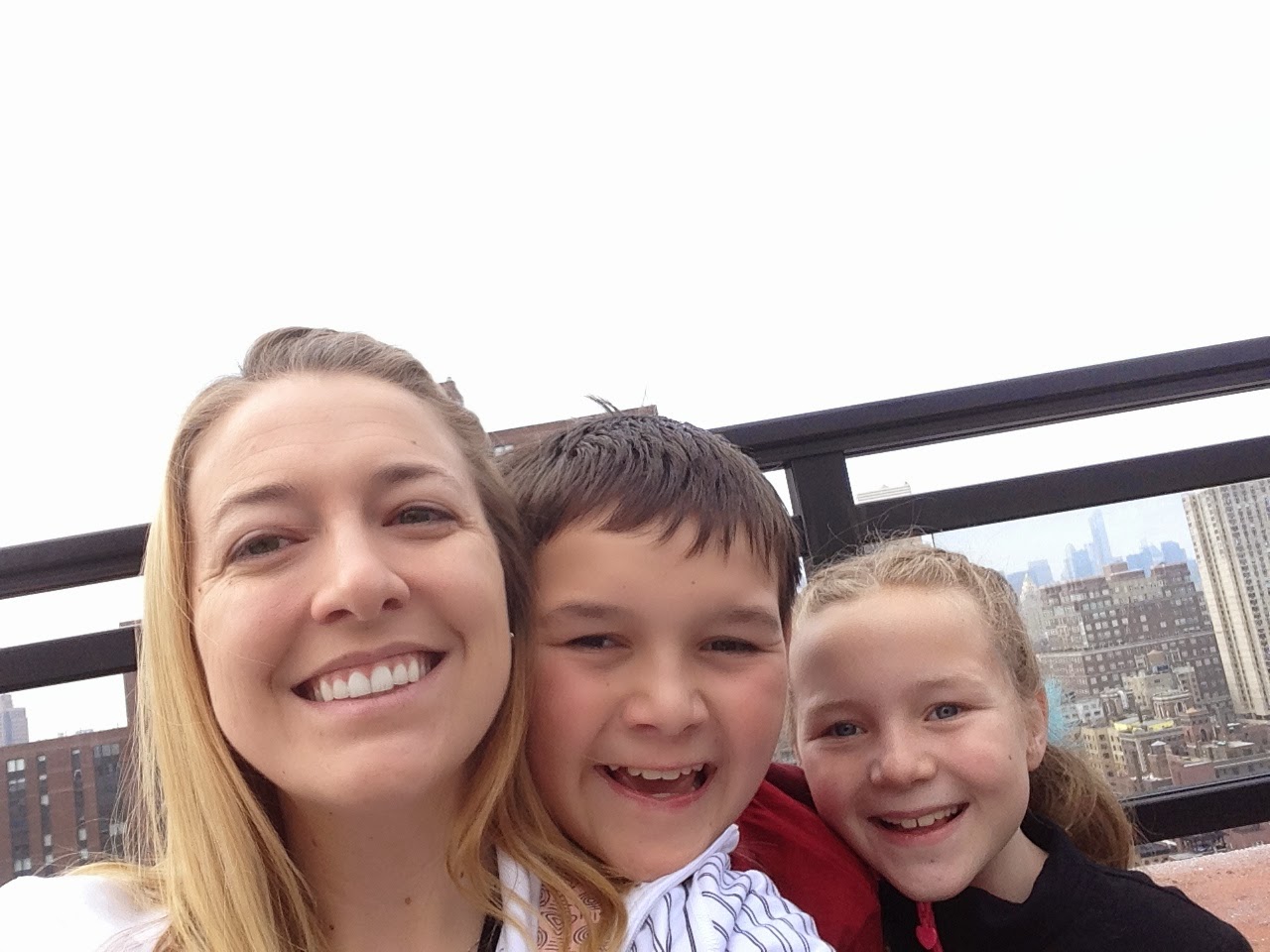 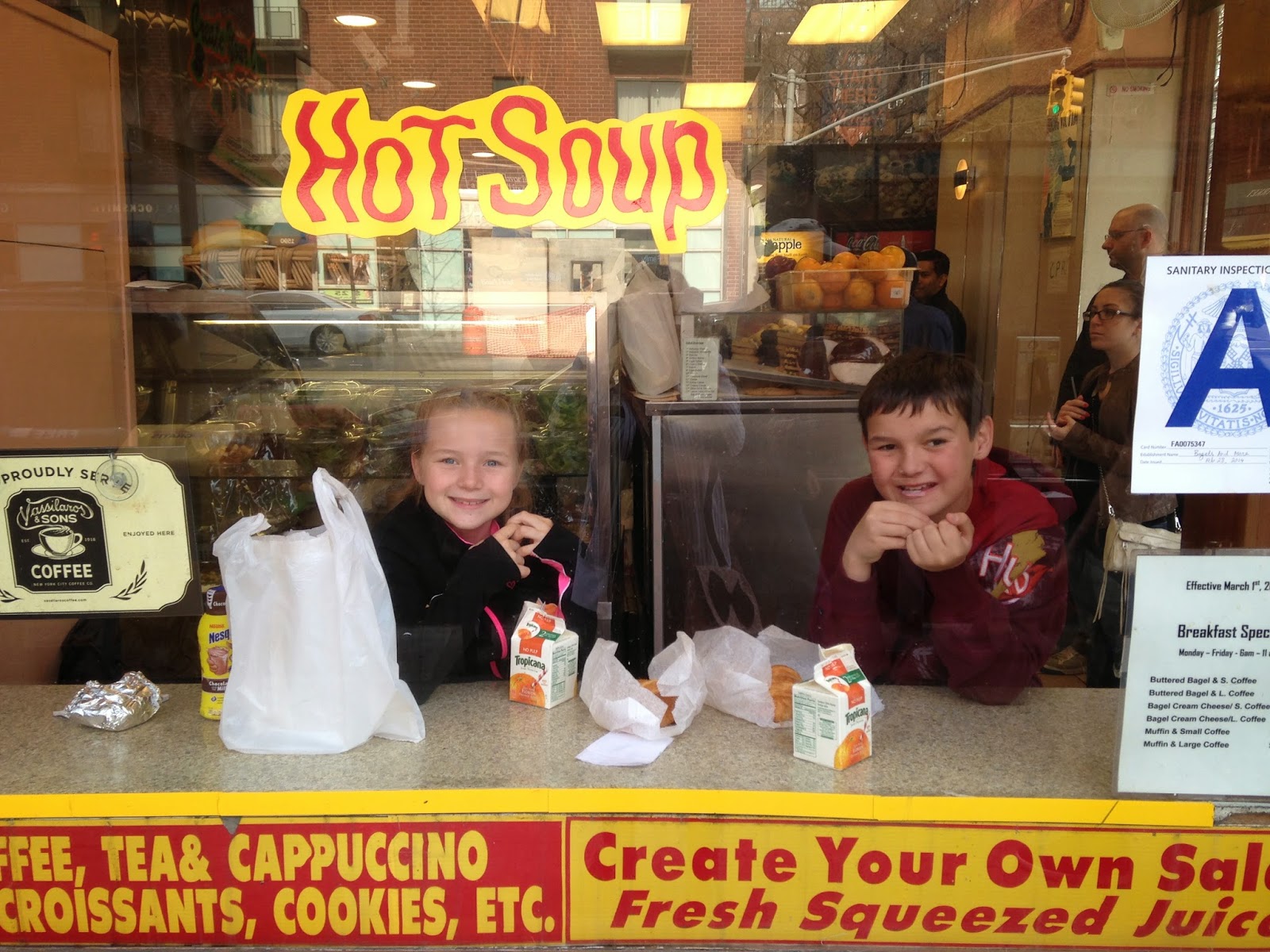 Then we met up with Lisa and Brian at the Empire State Building for a real look at the city from above. 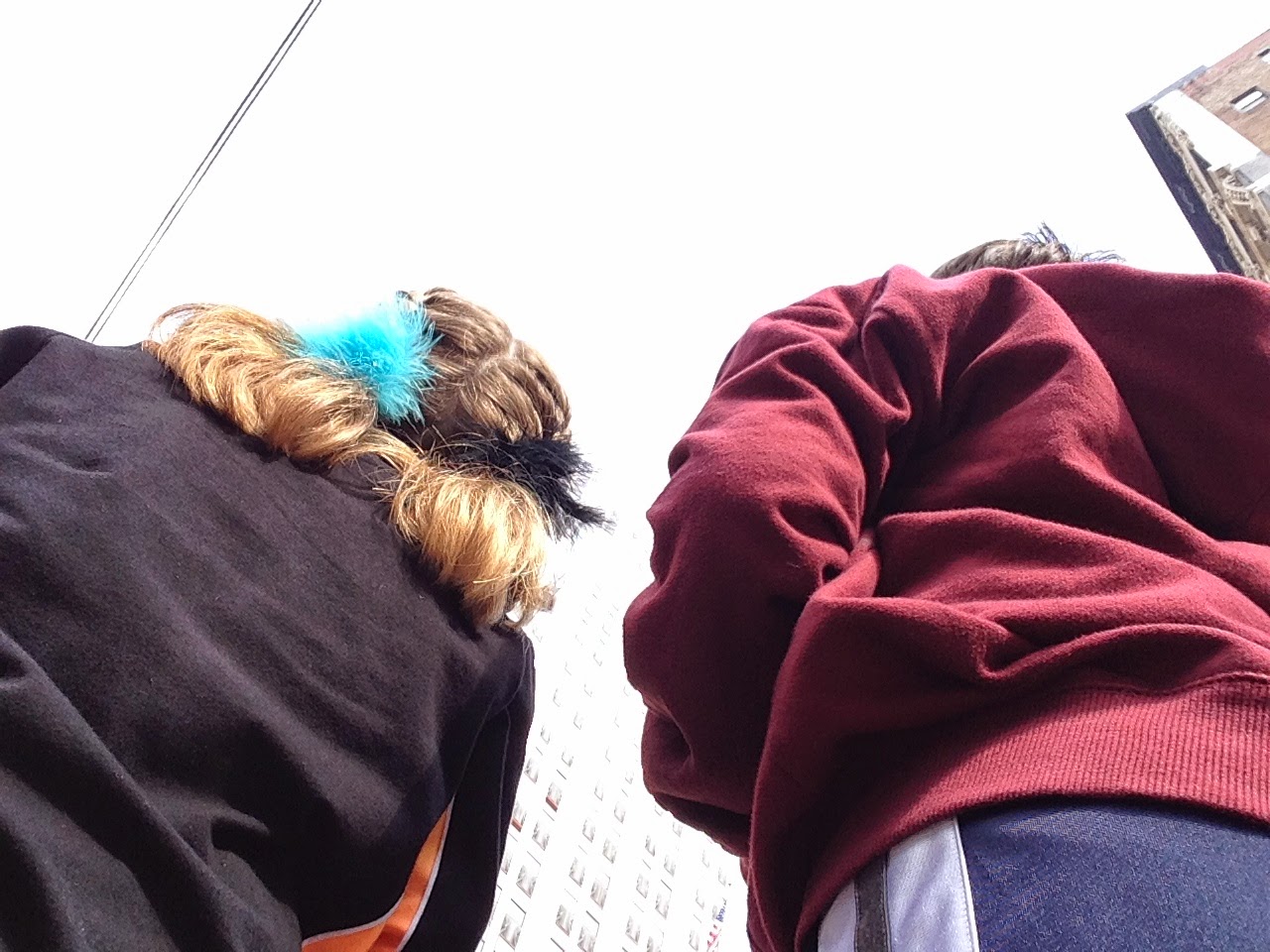 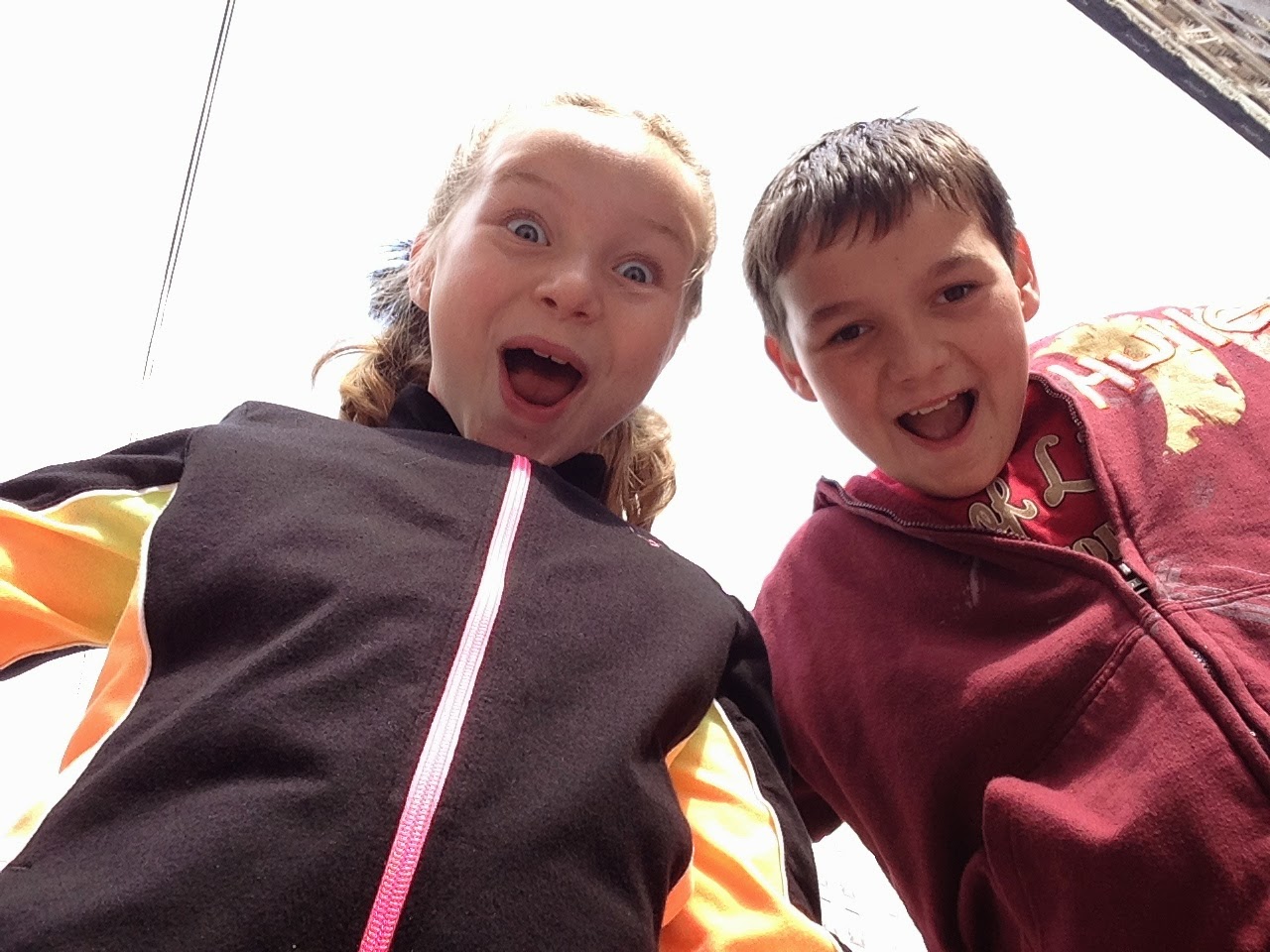 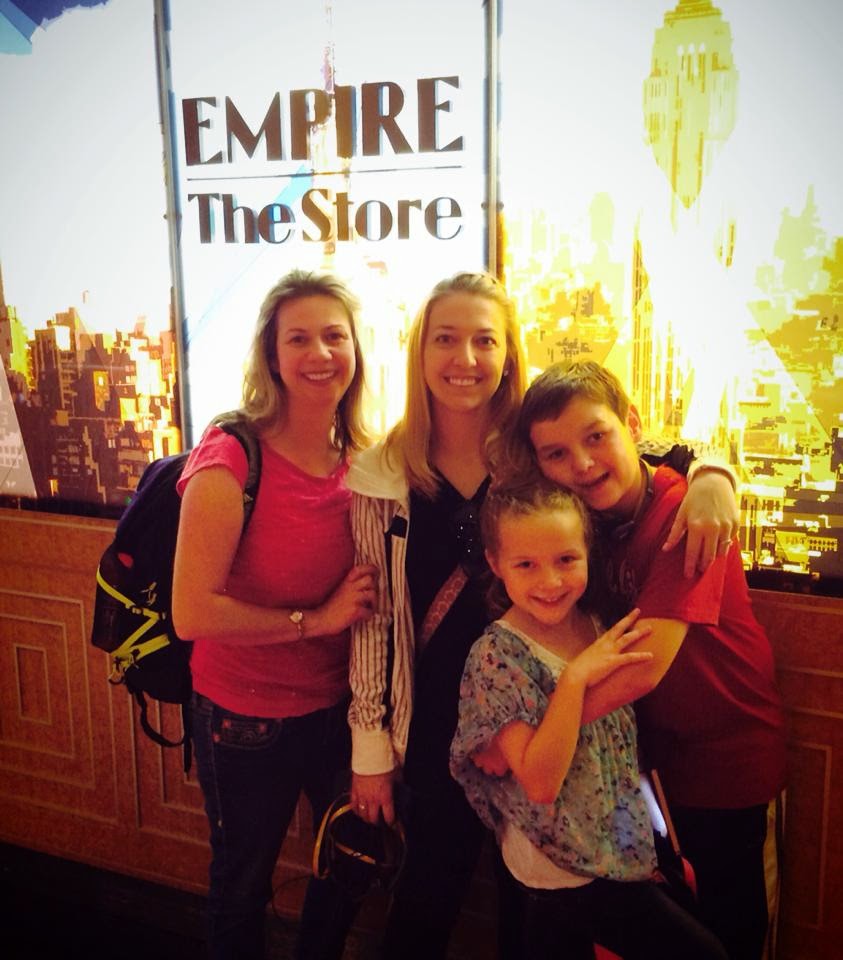 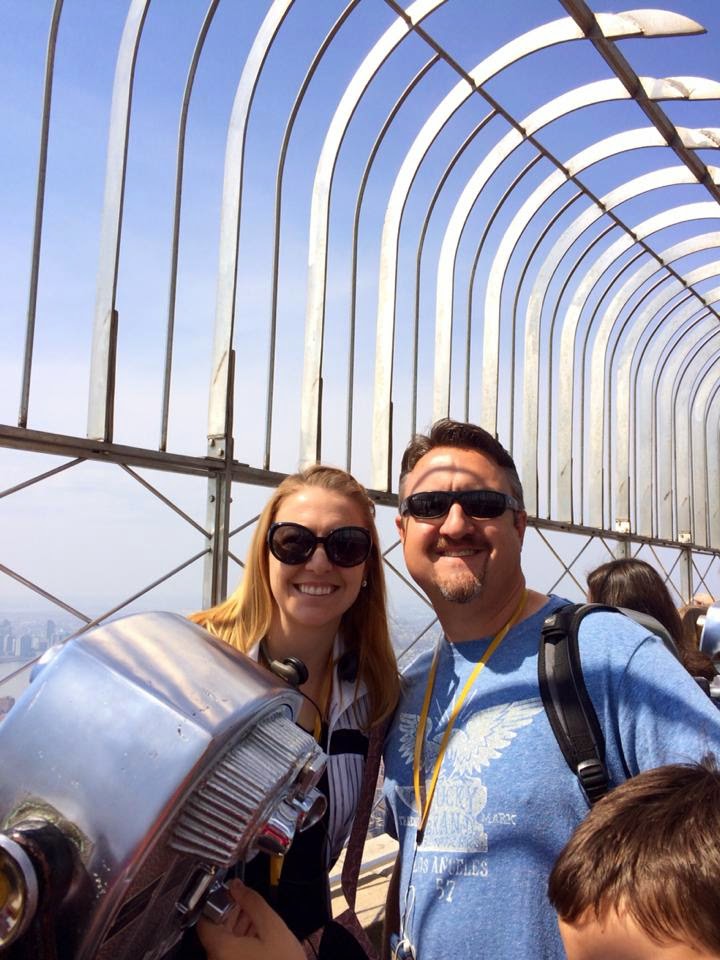 Last afternoon together, we grabbed some pizza and had a picnic at Bryant Park.
And took one of Leigh's favorite "sister wives" photos. 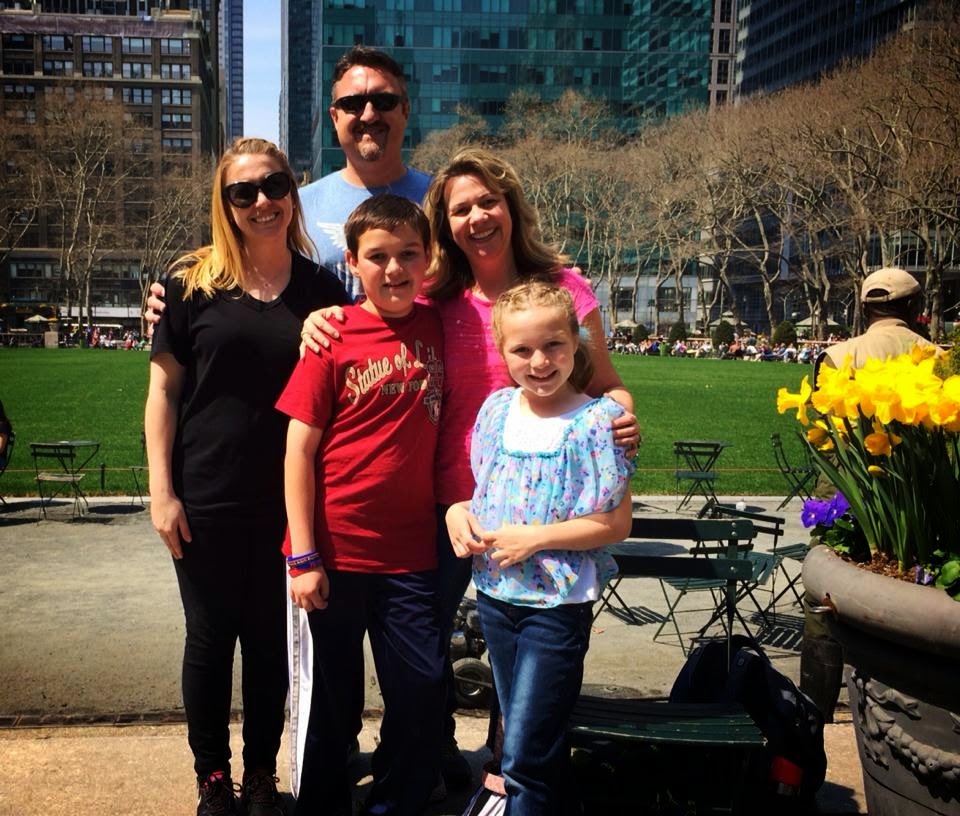 So glad you guys were able to come see NYC! Thank you for visiting!
Posted by megidew at 12:00 PM