You guys. We got to visit the White House. Like go inside. And it was so, so cool. 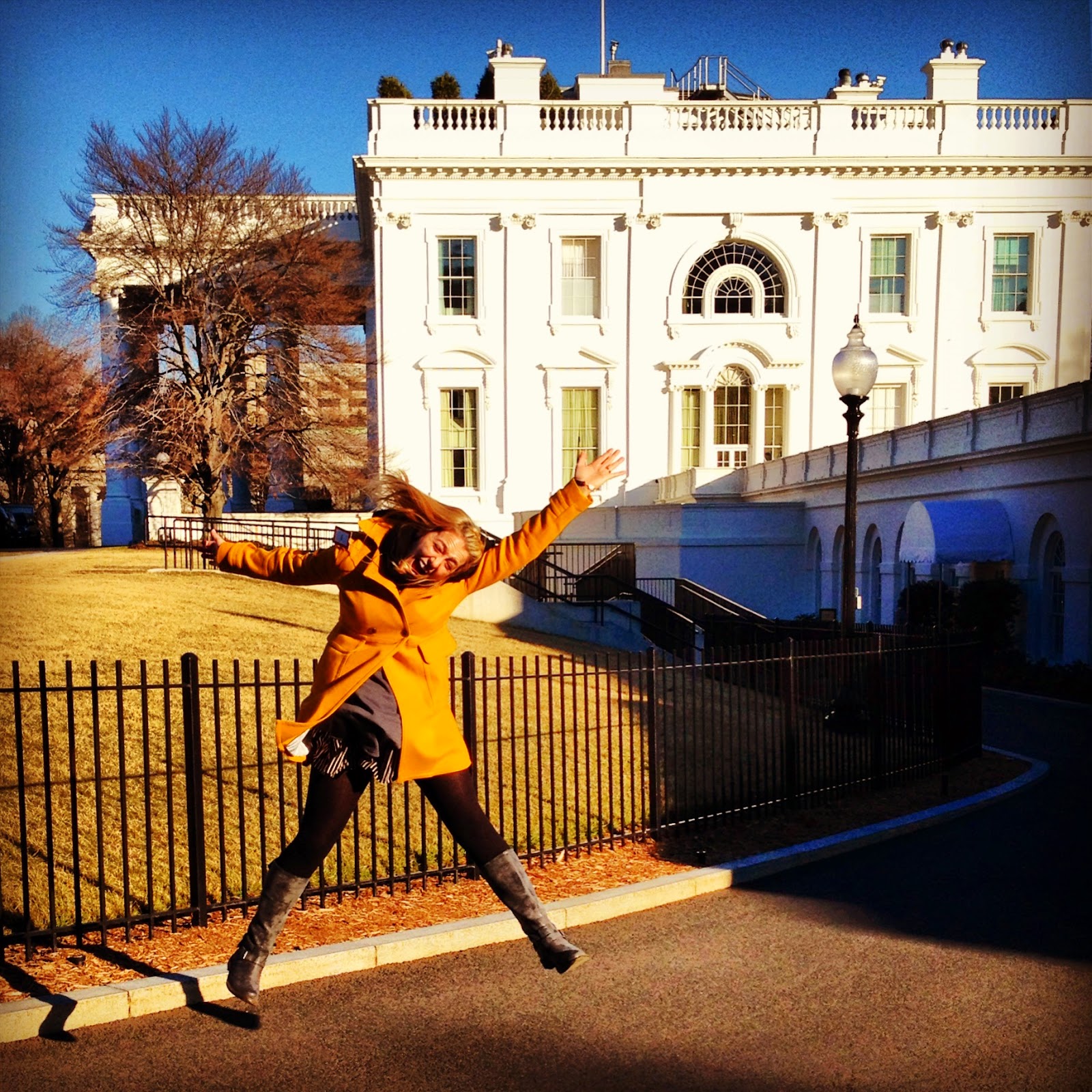 A friend of Sophie's works in the White House Counsel's Office and offered to take us on a tour of the facilities just a few days before to our trip. Which was super lucky, because there has been a hold on tours recently and even when they do allow them, it's notoriously difficult to get invited (you have to submit a request through your member of Congress weeks in advance). Since it was so empty the weekend we were in town, there was hardly anybody else on the entire premises which means WE GOT A COMPLETELY PRIVATE TOUR! 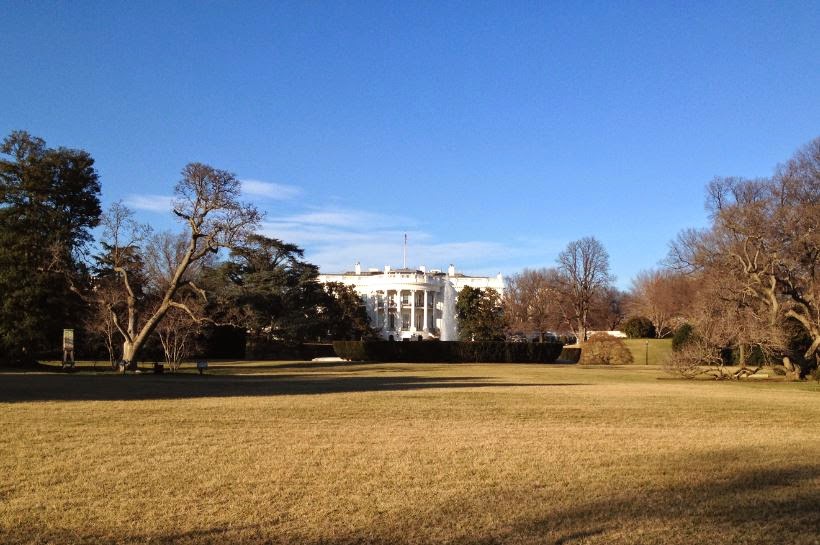 Here we are checking in at security. We had to provide pertinent personal info several days prior so they could vet us beforehand, bring multiple forms of photo ID on the day of to verify we were on the list to enter on that particular day and go through several access check points. Plus we were issued super official tour badges. You know I love me some official tour badges. No photos allowed inside the gates, so you unfortunately have to rely on my incredibly colorful description of our amazing tour... 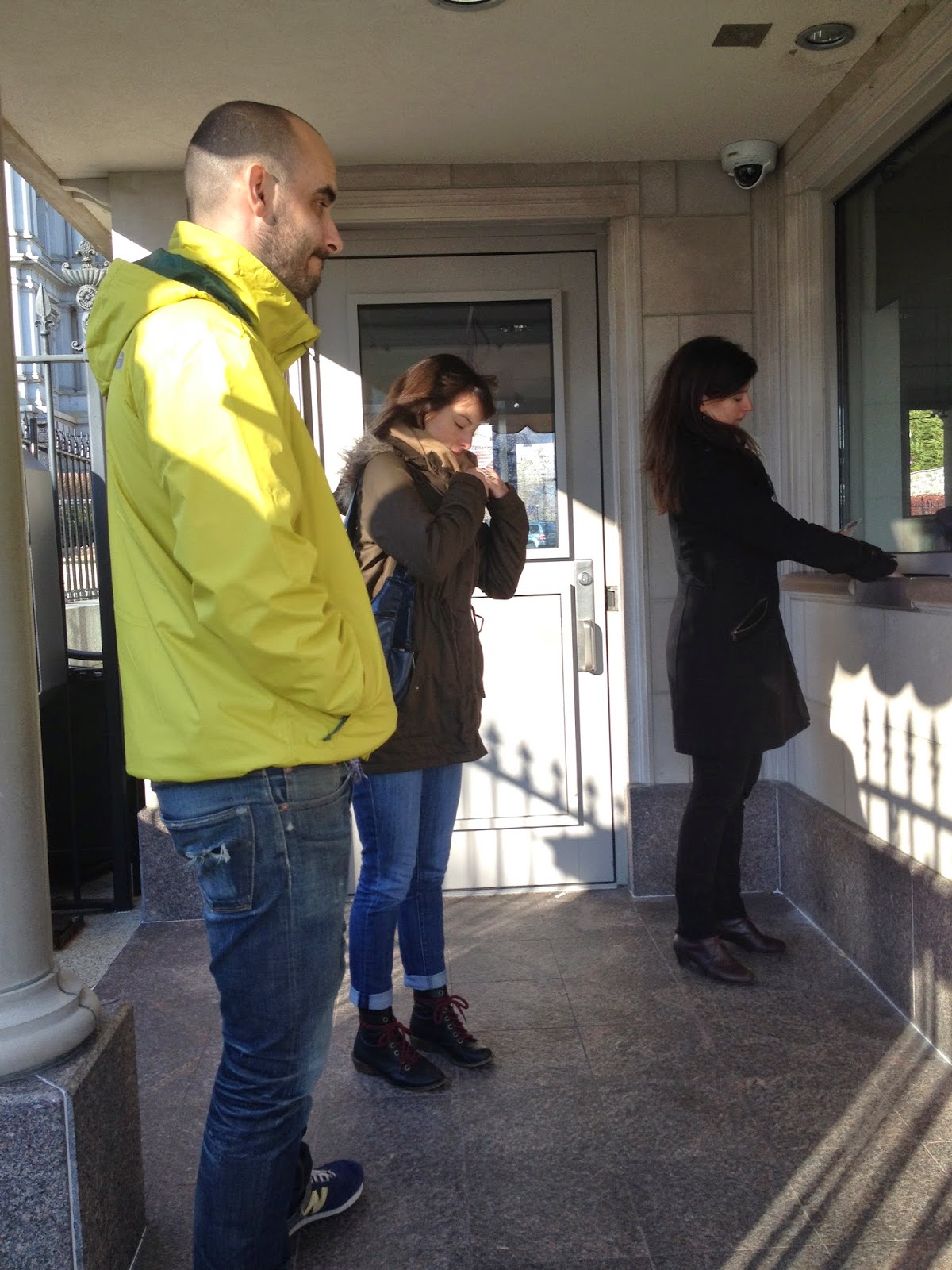 It was crazy to be walking around the building where the president (and majority of presidents before him!) actually goes to work, runs the country, meets with important people to discuss important things that have more of an impact on our world than I can even imagine. Lincoln, Roosevelt, Kennedy all lived and worked within these walls. There's so much rich history crammed into one place, it's a bit overwhelming. 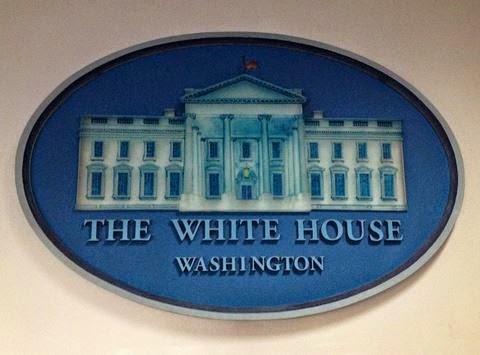 It was Saturday so nobody was working and the building was eerily quiet. We pretty much got to wander (ok, a heavily guided wander) through the entire West Wing as we pleased, while the few secret service dudes on duty were engrossed in the Broncos game. We got to see in the Cabinet Room and the Roosevelt Room, glimpse the door of the fabled Situation Room and even peer into the Oval Office itself. 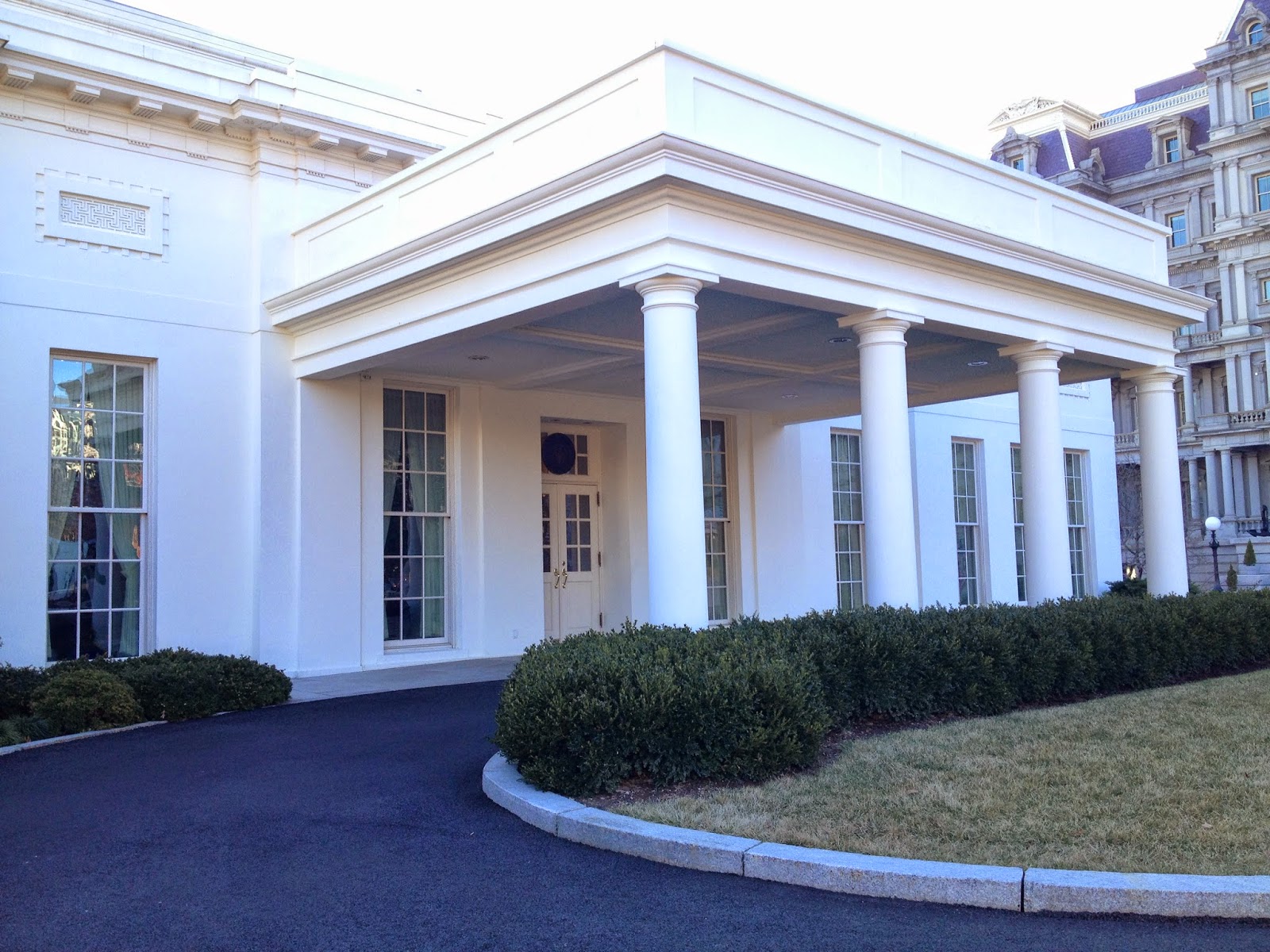 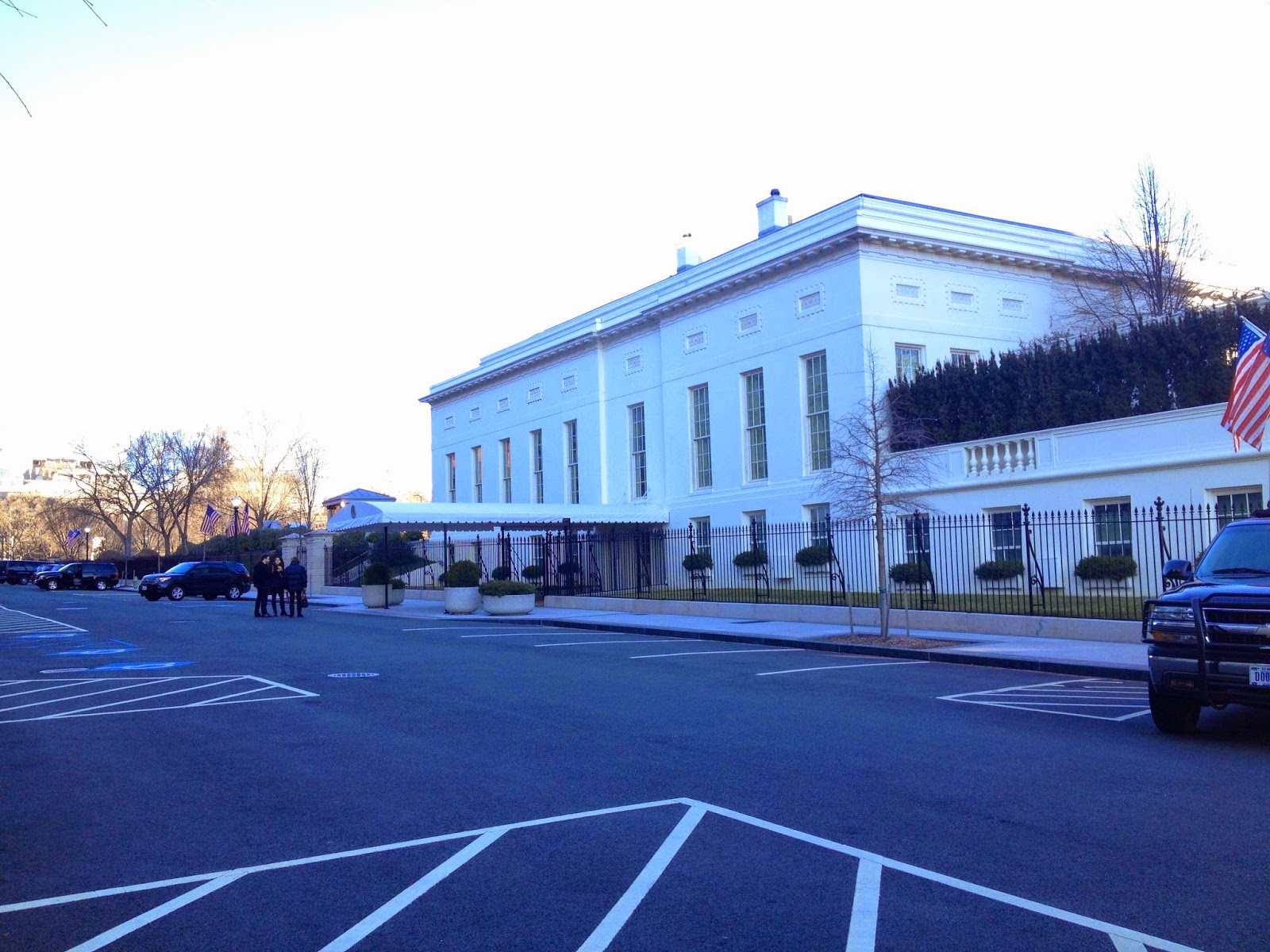 Surprising and interesting to all of us were the large number of 11x16 photos displayed on all of the walls; tons and tons of recent pictures housed in very simple black frames, all of which are taken by the president's personal photographer and constantly rotated so new images are always popping up. A fun tidbit: the one photo Obama has requested stay put in it's frame while the others around it are exchanged is the snapshot of the little boy who asked to touch his hair while visiting the Oval Office. 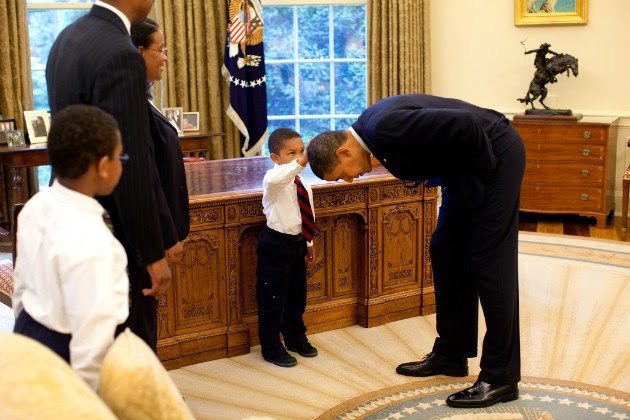 Highlights included:
- Walking through the West Wing Lobby receiving area where literally every American politician has walked and learning that Obama affectionately refers to the receptionist as ROTUS.
- Peeking into the Rose Garden out back and getting to walk the "30 second commute."
- Sticking my toe into the Oval Office from behind the roped door and NOT having any alarms go off.
- DVC using the West Wing restroom just so he could pee where George McGovern, Ed Muskie, Walter Mondale, Al Gore, Jimmy Carter, Thomas Dewey and Gary Hart - a melange of defeated registered Democrats - have peed. 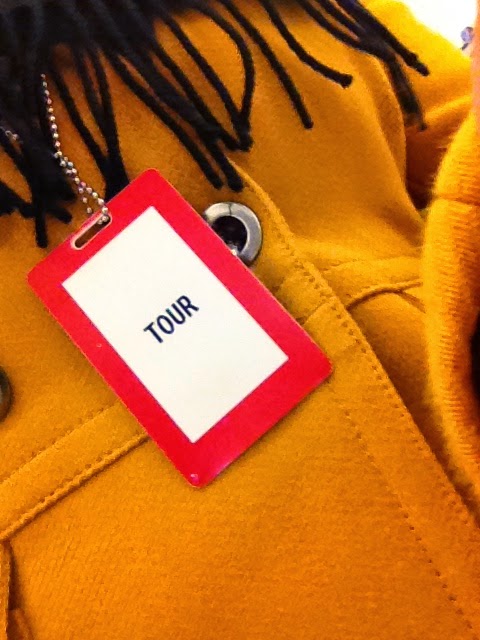 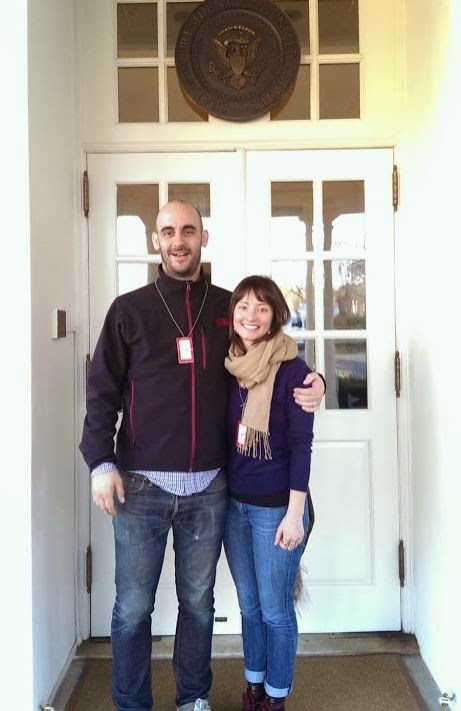 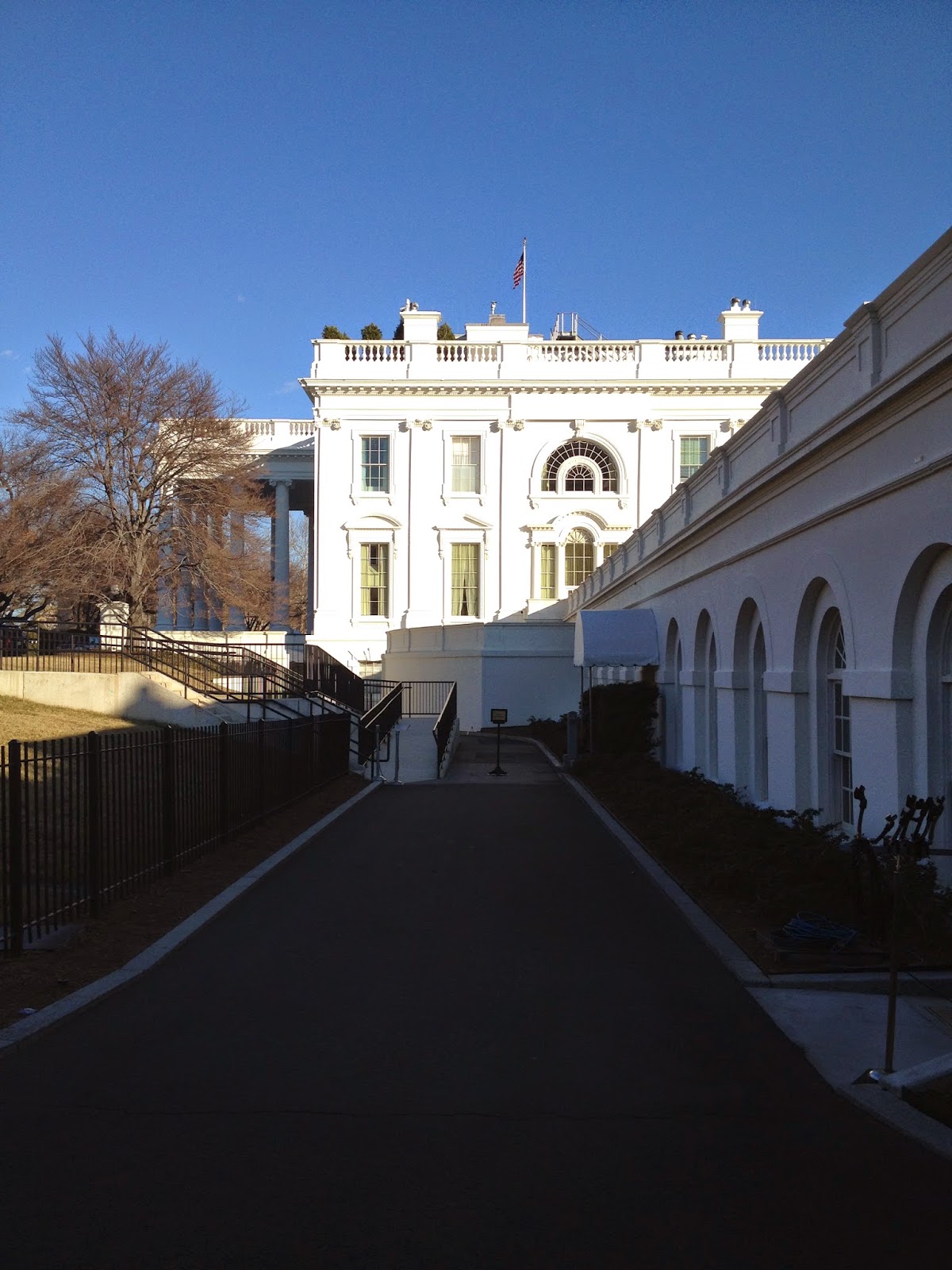 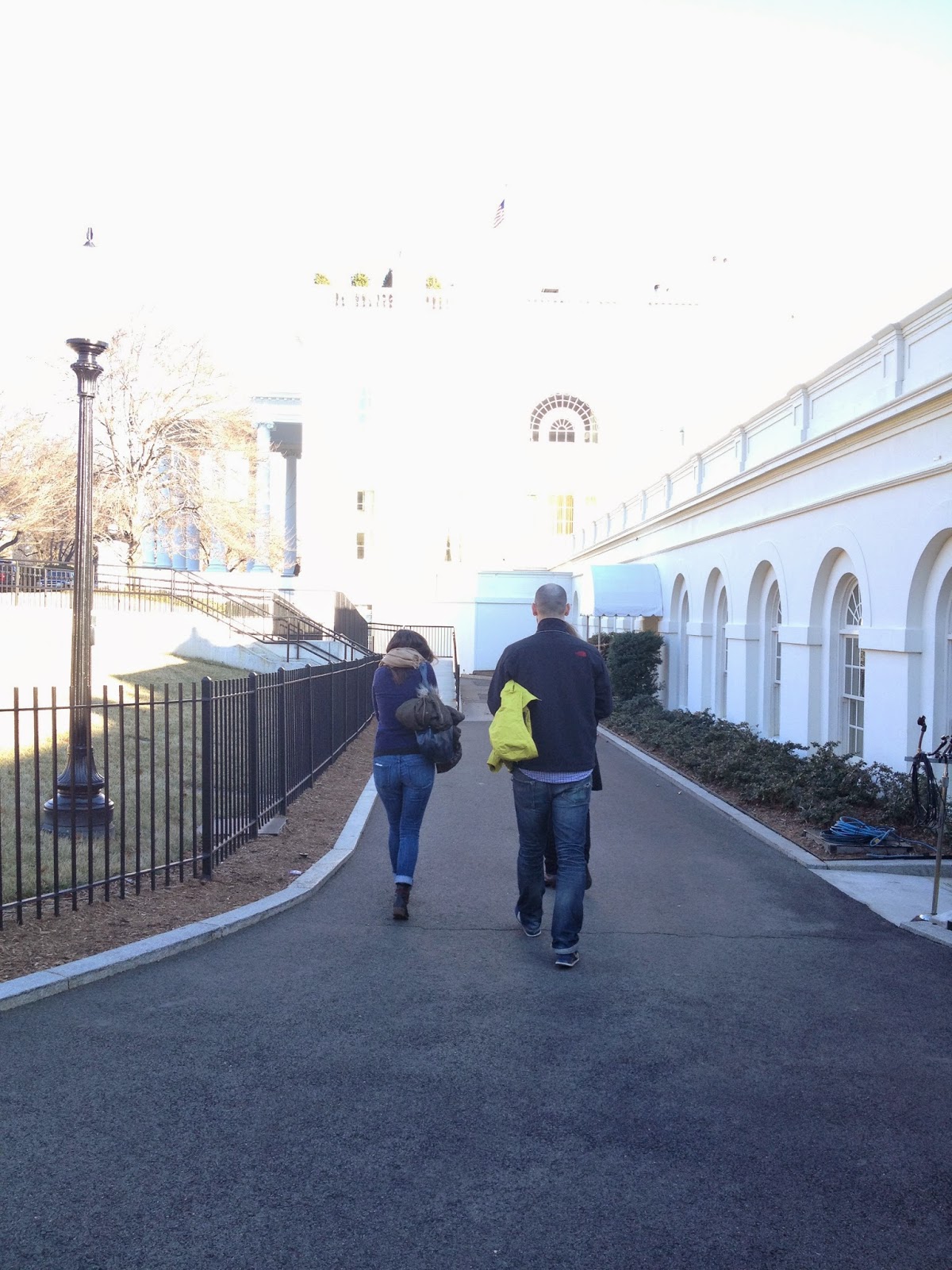 Second leg of the tour was to the press room, where pictures WERE allowed and feeling the need to make up for lost time we certainly took advantage of that ruling. Though my knowledge of the press room is based completely on badass fictional press secretary CJ Cregg from The West Wing, it was still very exciting. And much more intimate than expected. I was picturing a big open cafeteria type room where they'd make announcements to a ton of press, but it's tight in there, really feel up close and personal. 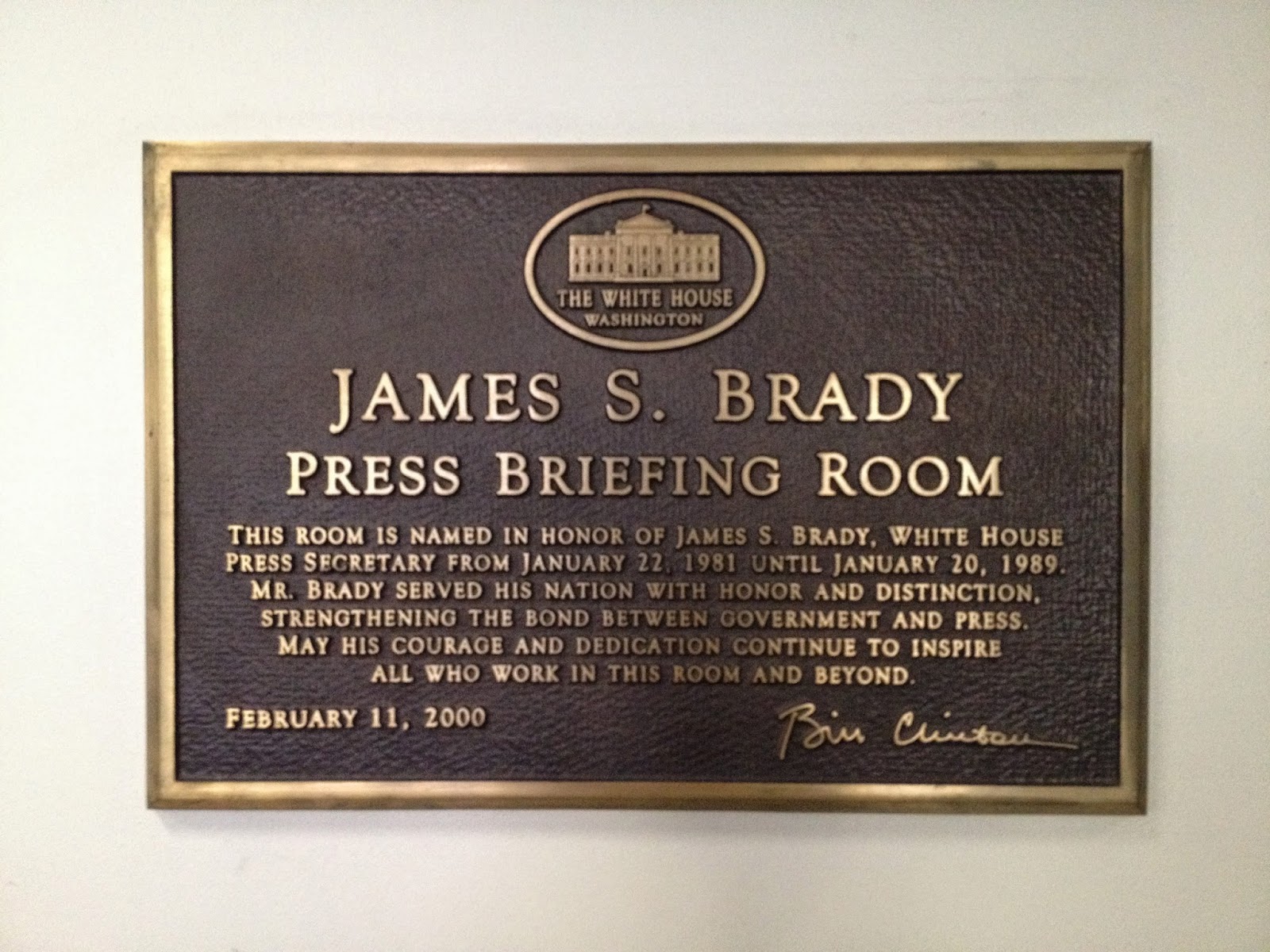 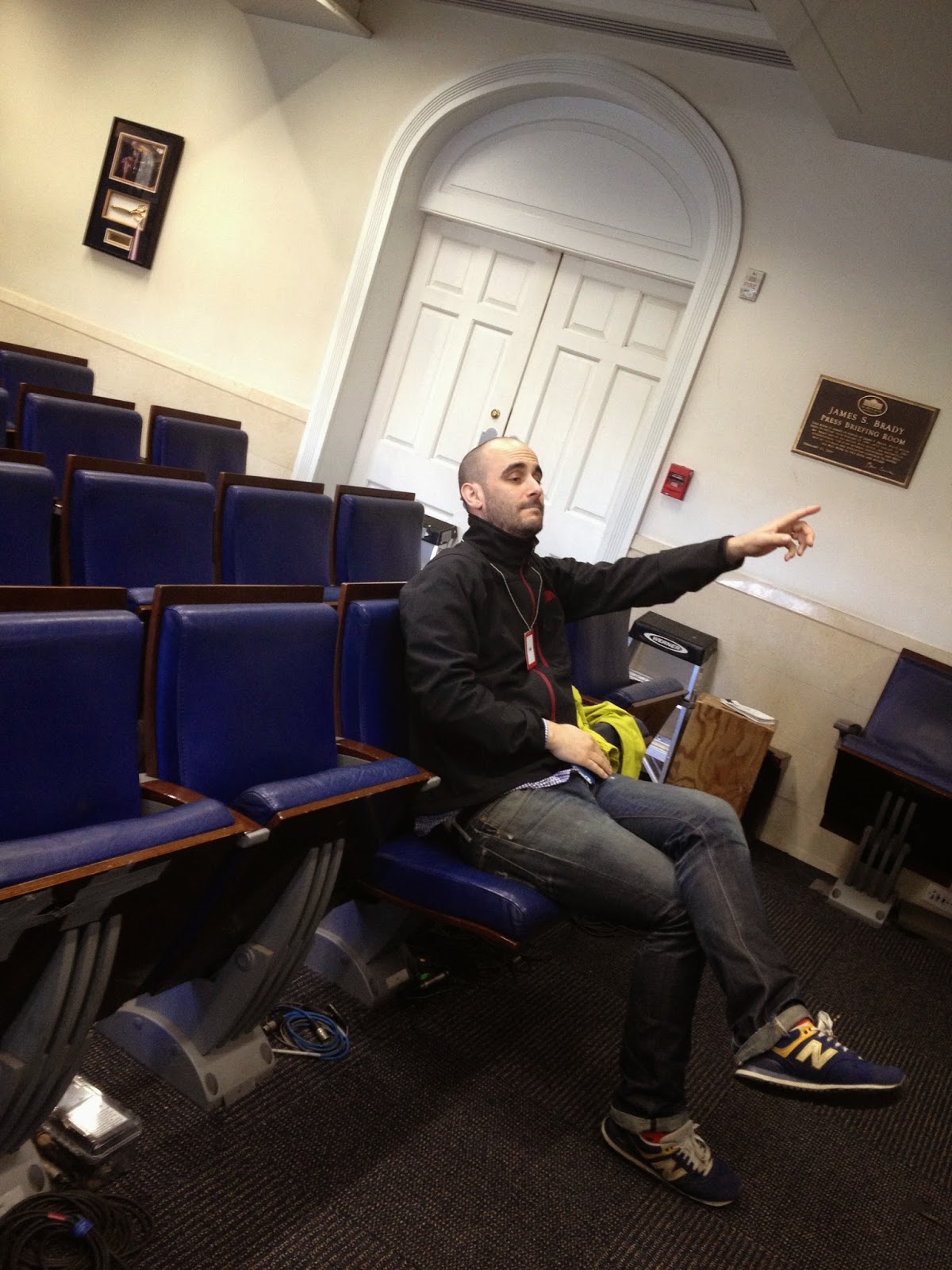 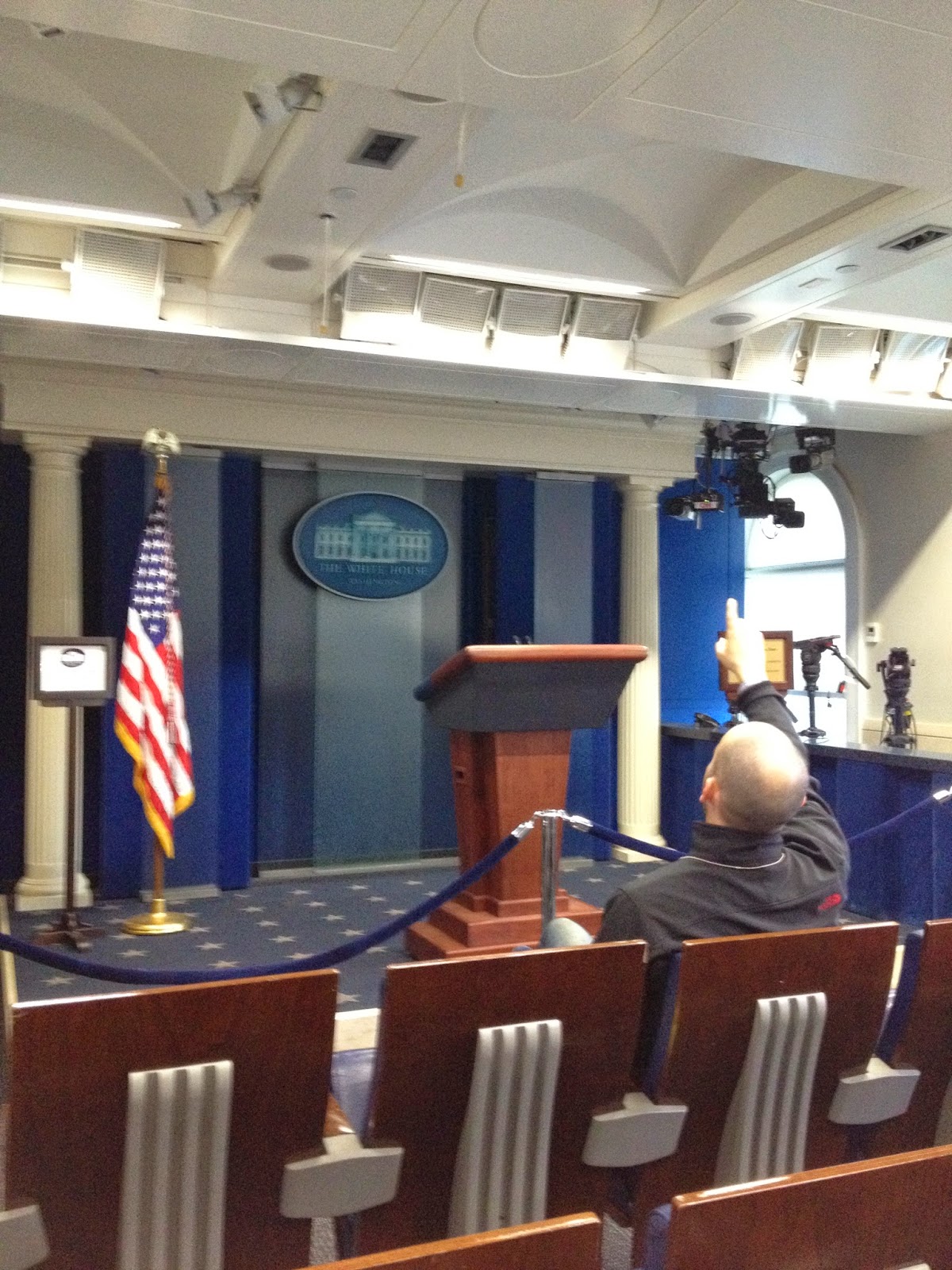 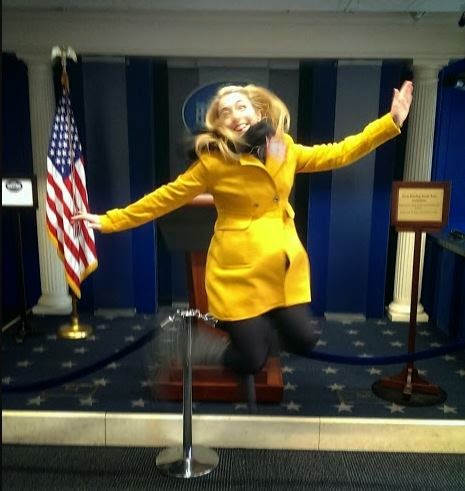 And then we got to head next door to the beautiful executive offices, where I'd love to go to work every day!
I wonder if HROTUS is hiring. 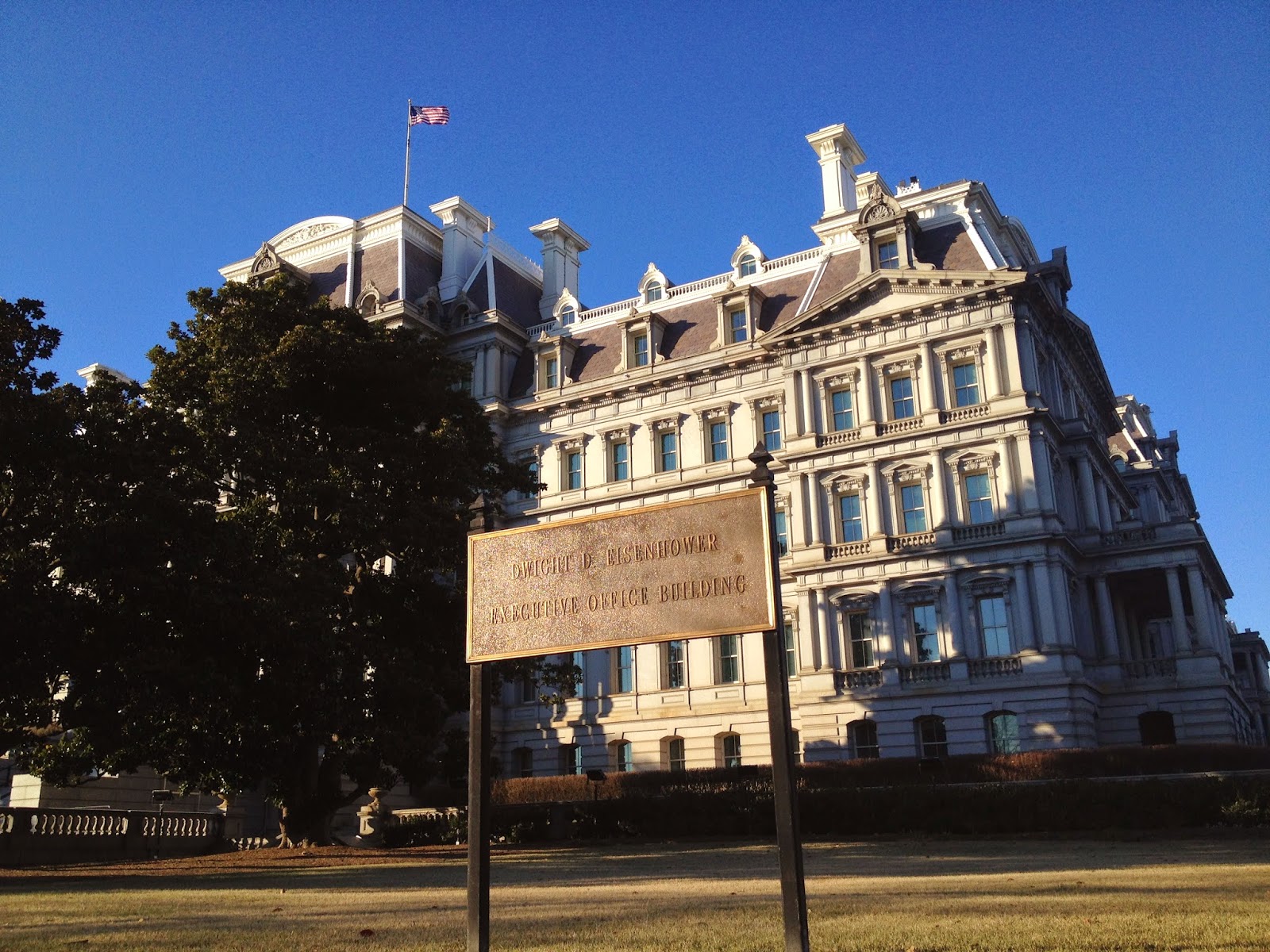 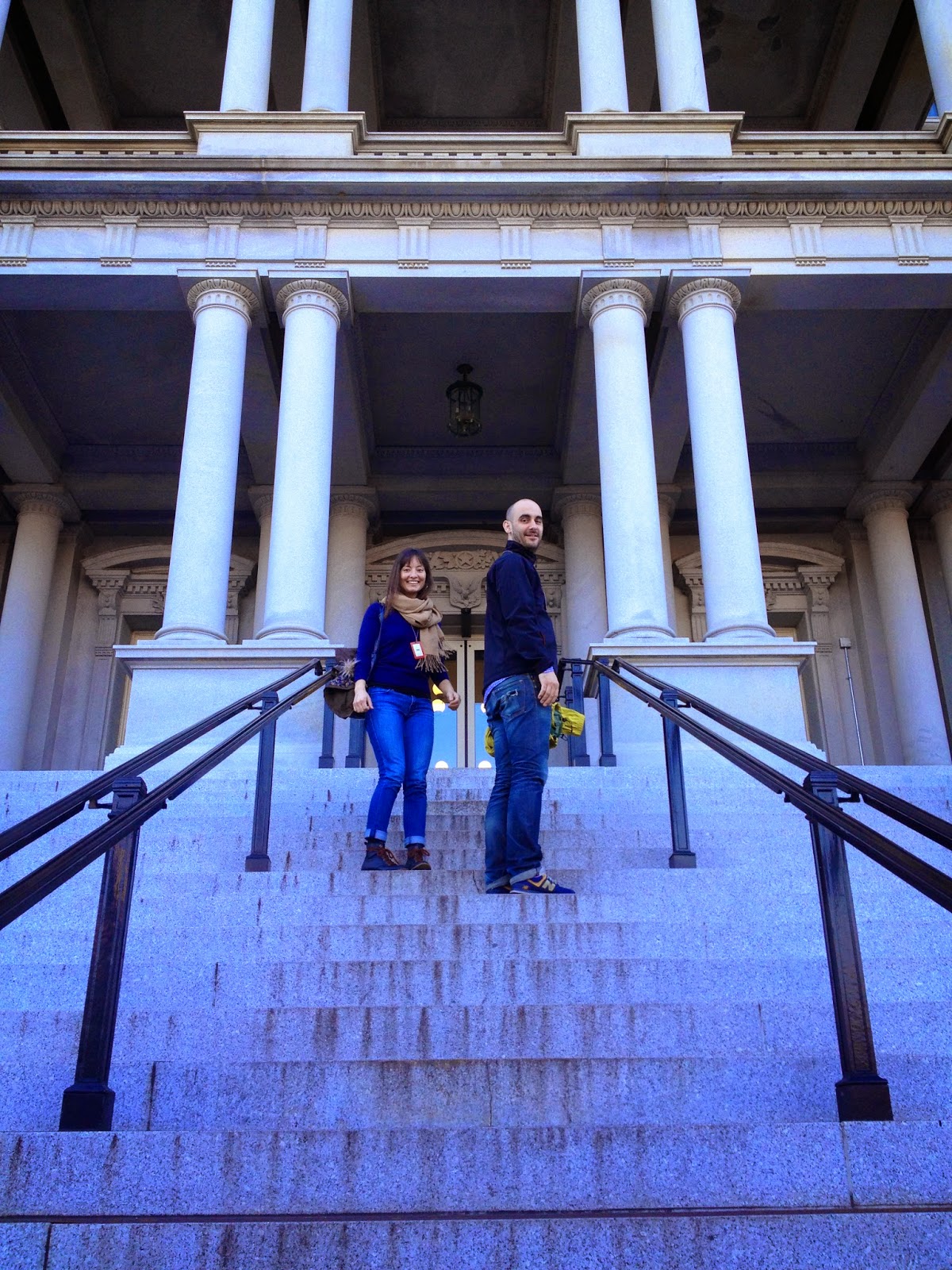 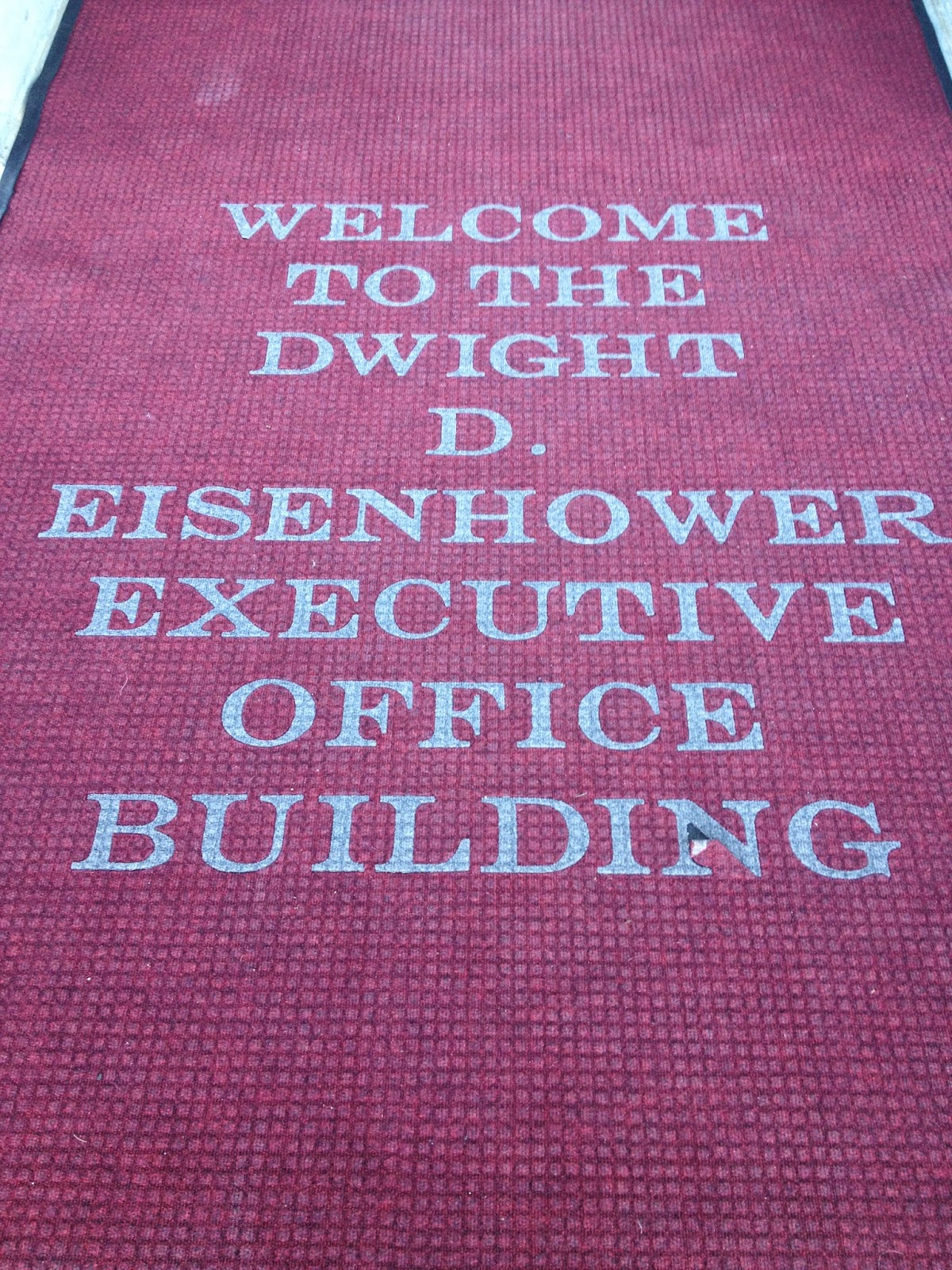 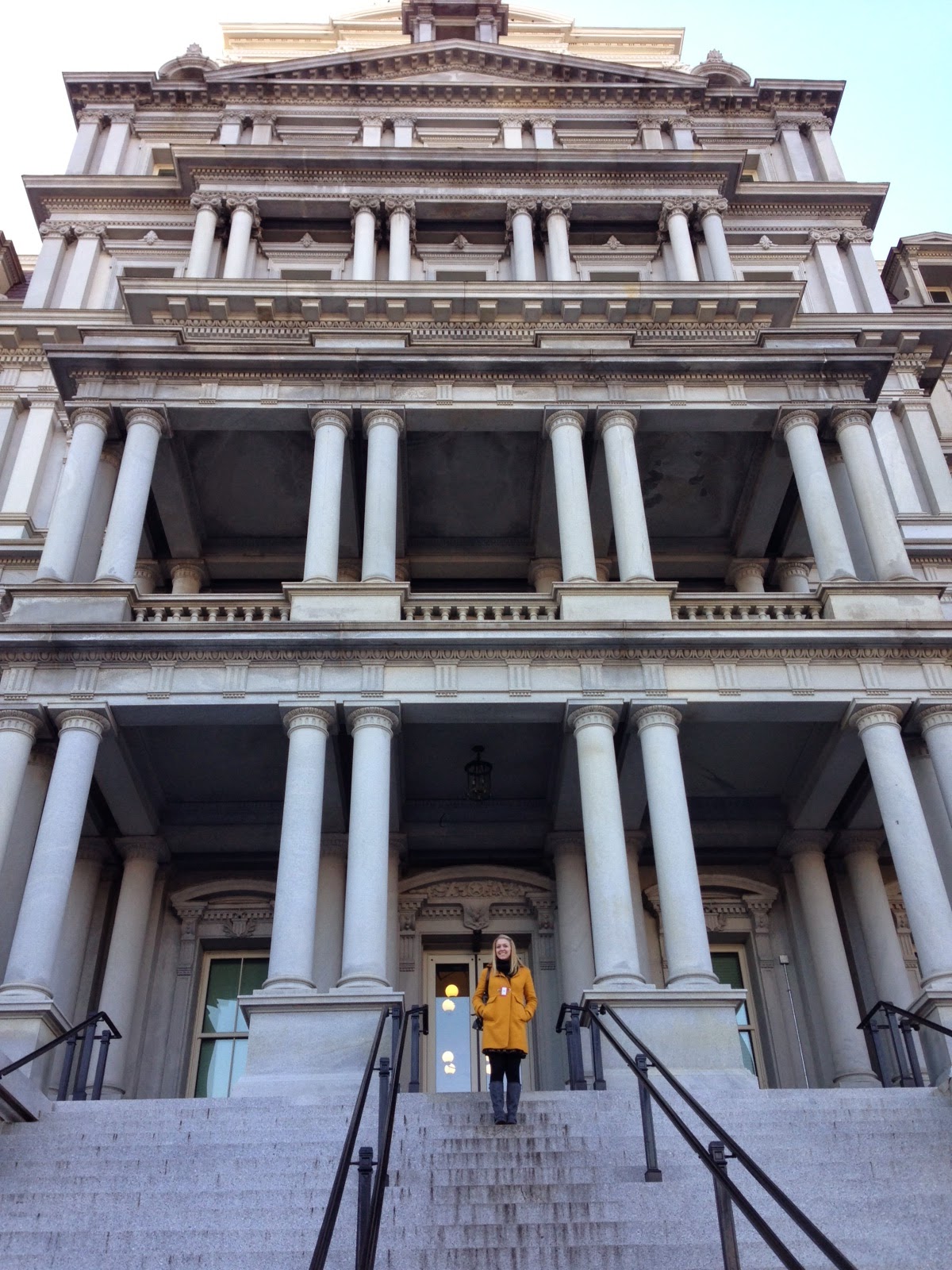 The building was gorgeous and felt like something out of a movie. 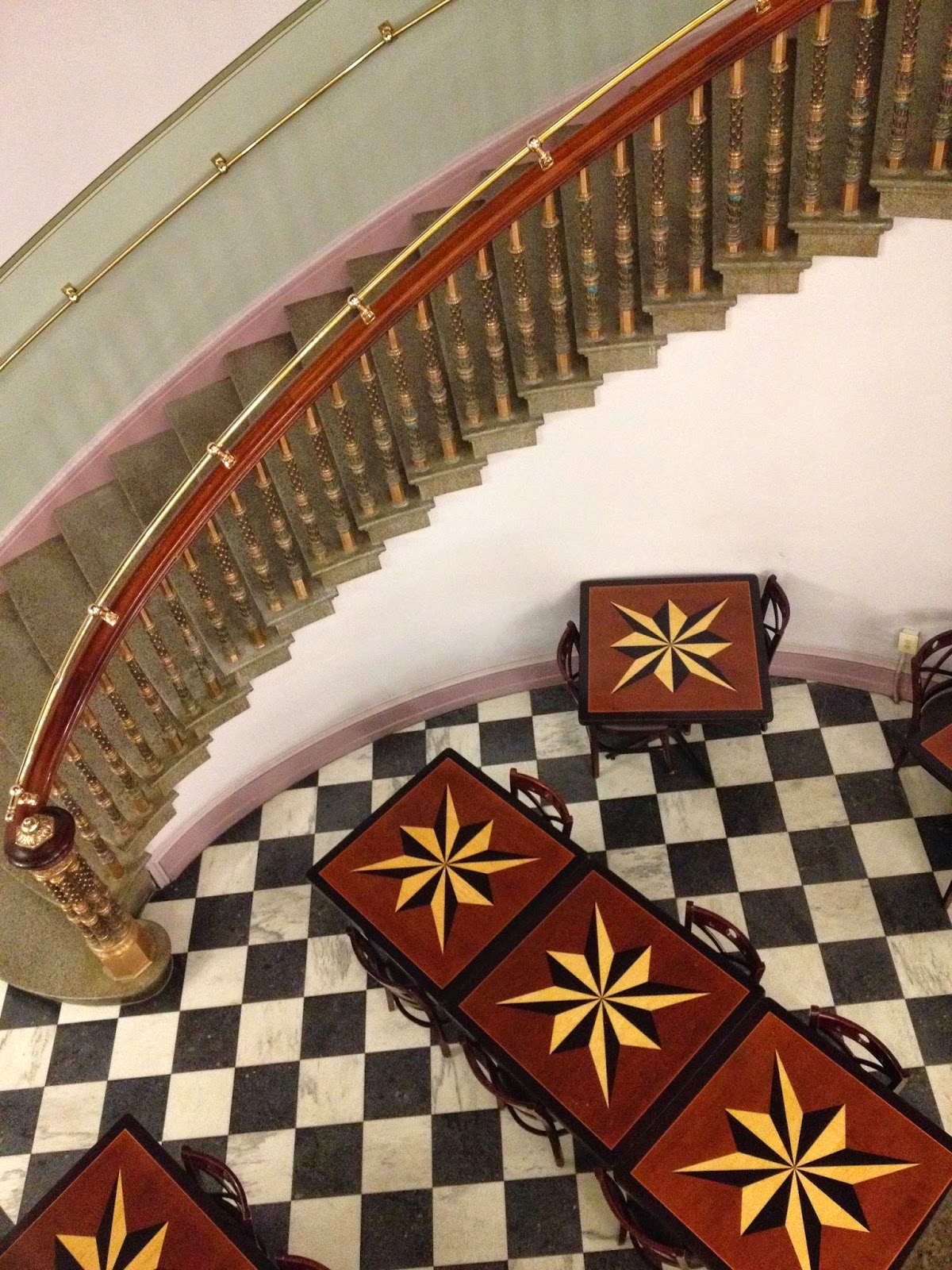 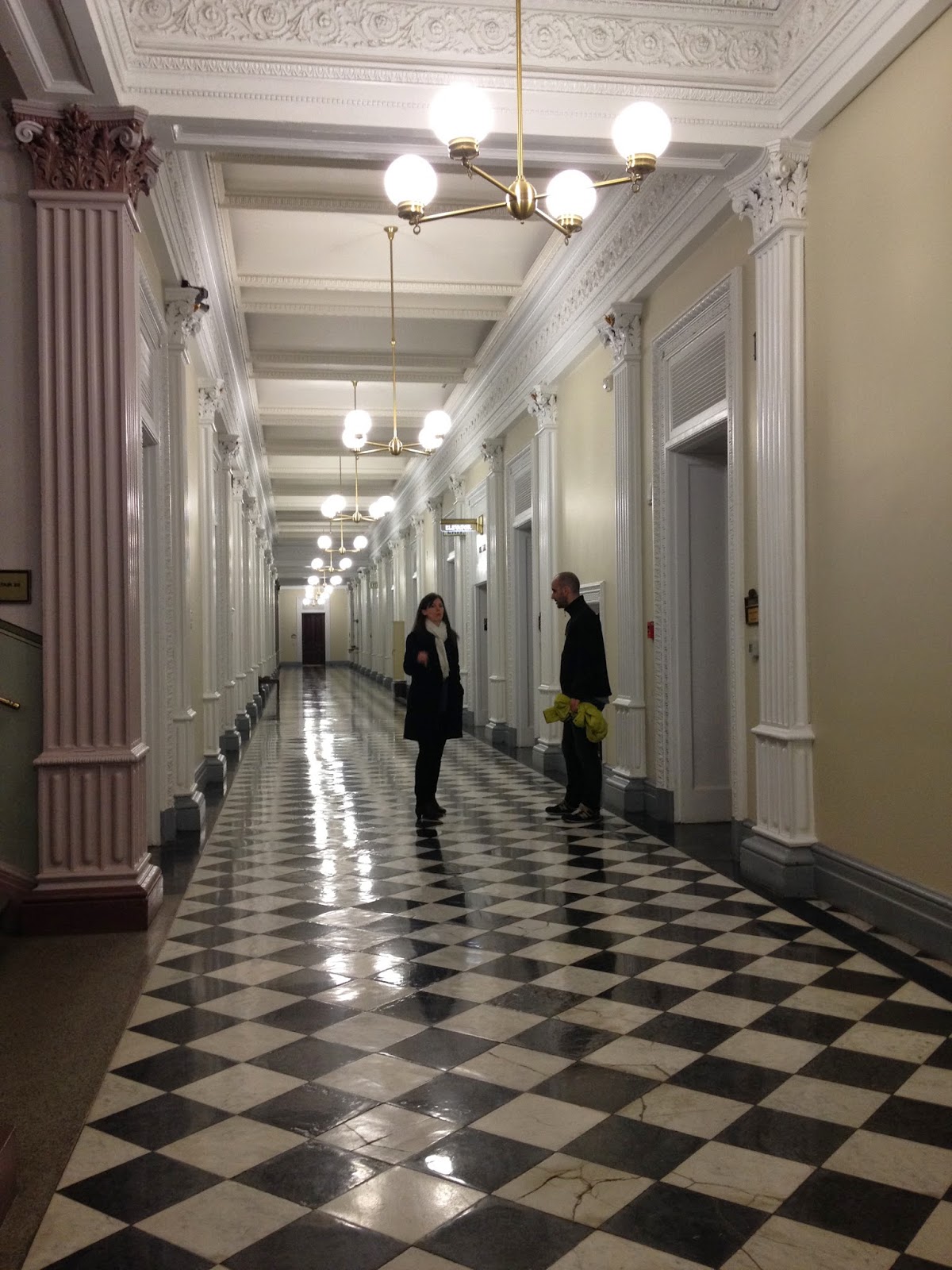 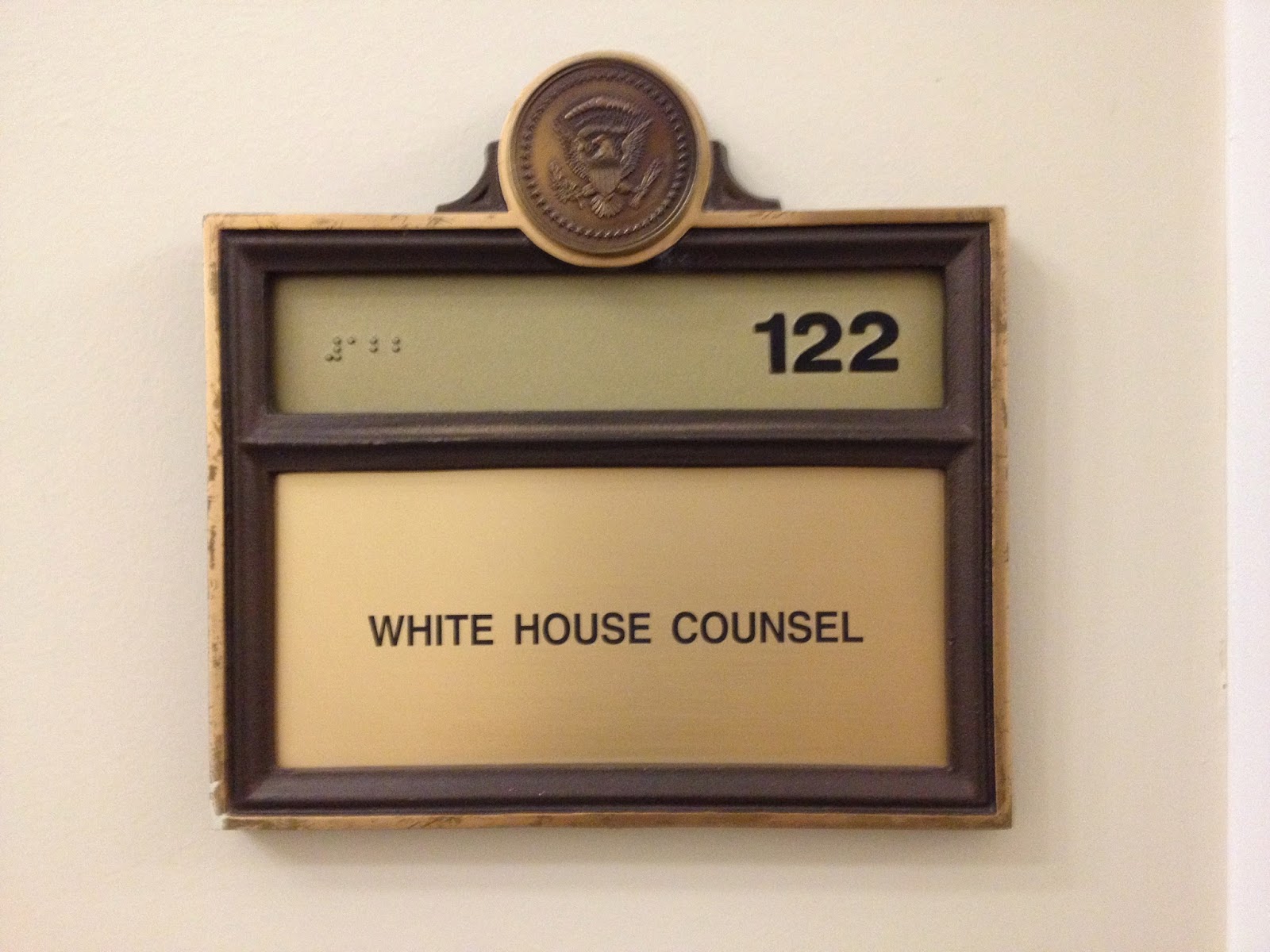 I was especially impressed with the office slow pitch team uniforms. 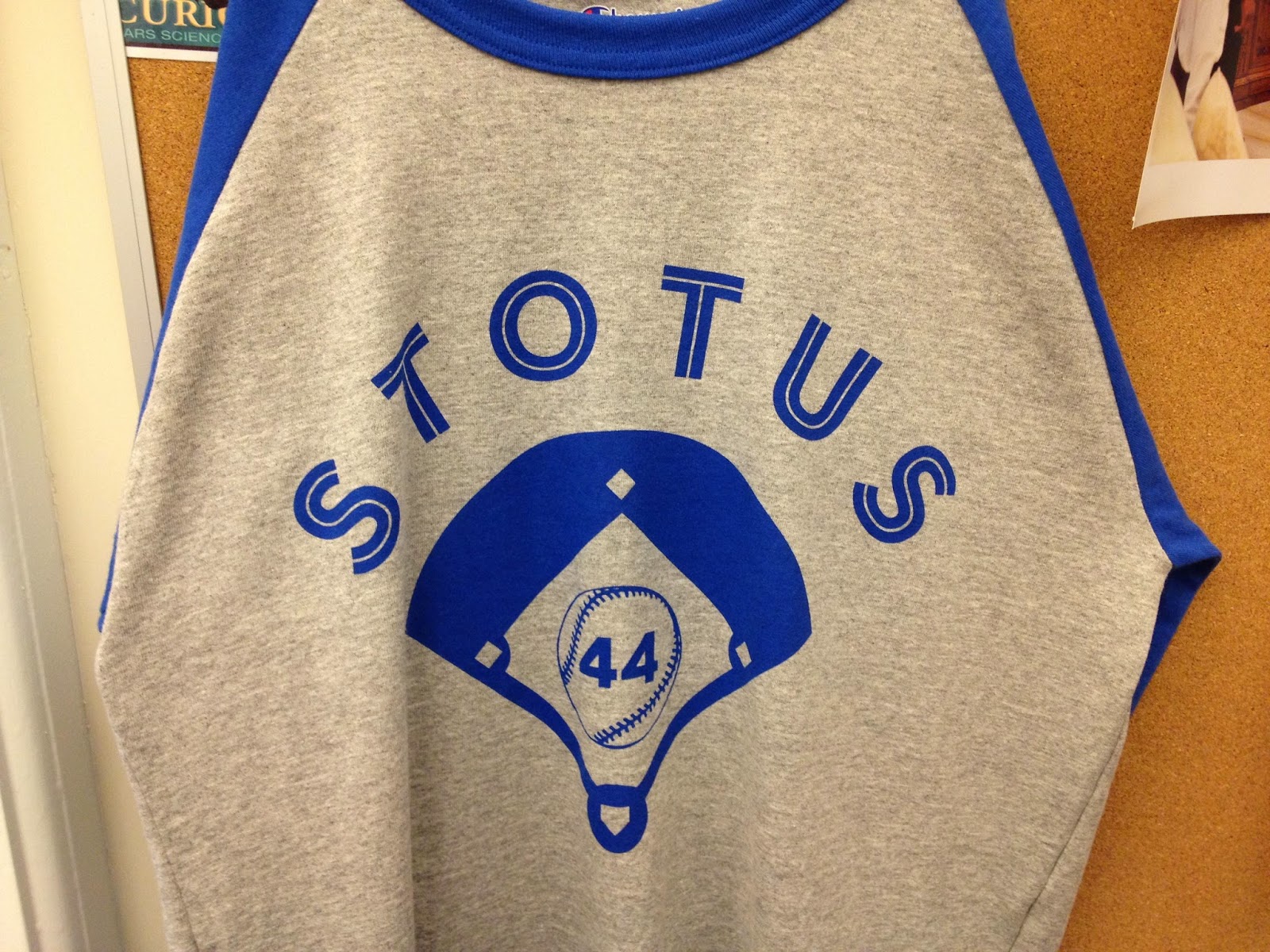