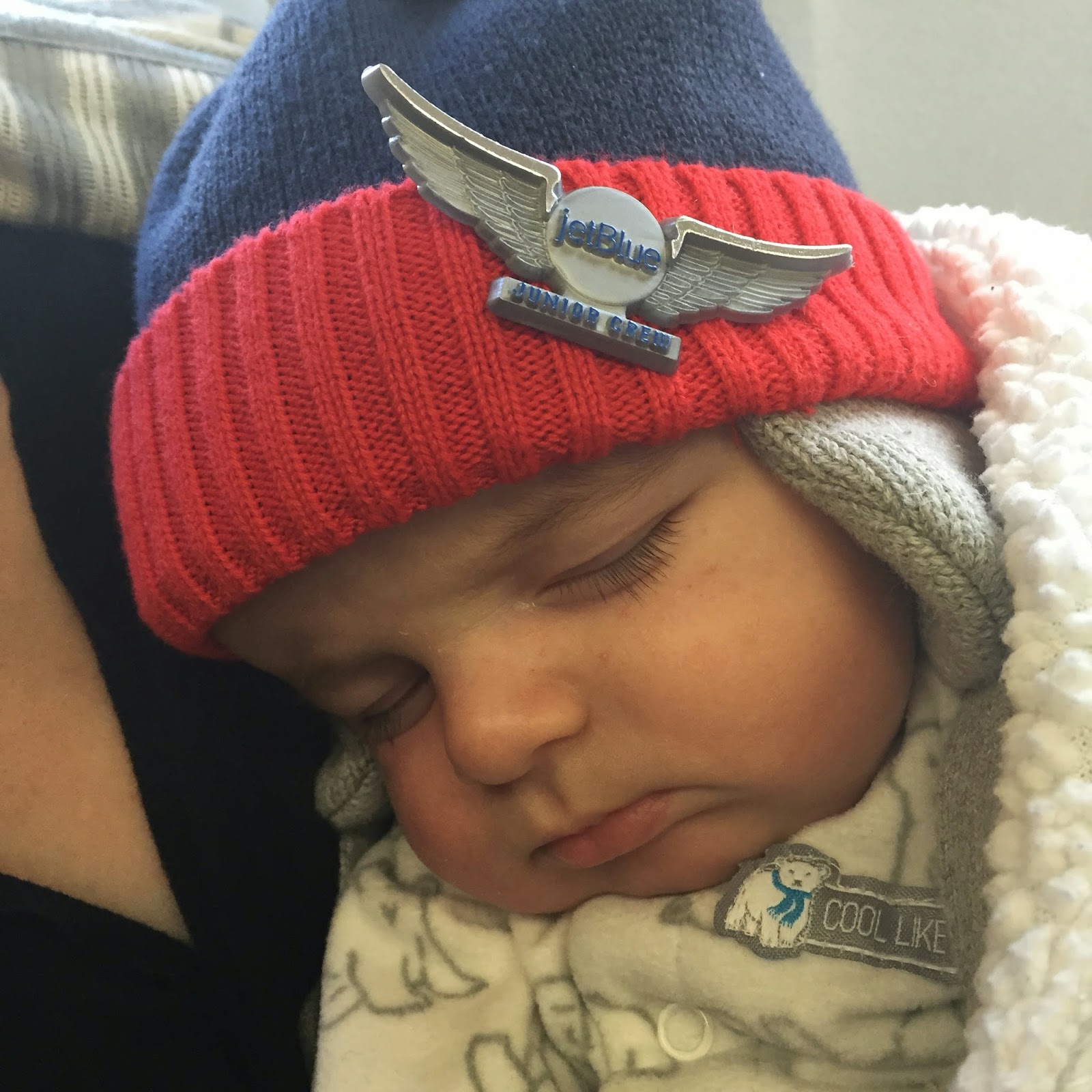 We flew down to Florida over Martin Luther King weekend in January so Graham could meet his great grandparents and his Nonna (Grandma Leslie). On the flight down, this kid was a travel CHAMP. Slept nearly the whole way and quietly sat on our laps while he was awake. The way back was a different story, but it's too traumatizing to talk about. So we'll just focus on the good! 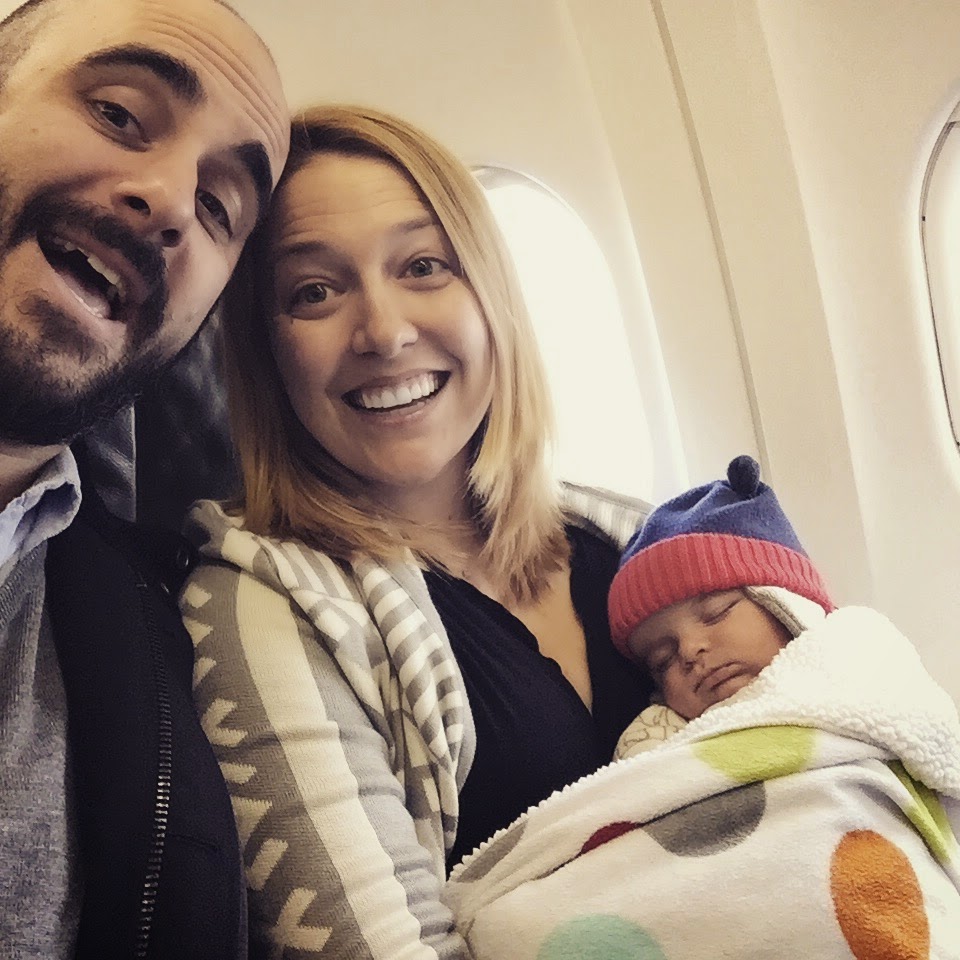 Dave scored us the extra legroom seats, which was delightful and gave us plenty of space to play with the baby, move around a bit and even change him right there on the seat instead of making the woman on the aisle get up to let us out. I'm proud to say, it was masterfully executed - Dave blocked the view while I turned around and knelt to take care of business using the window seat as our changing table (don't worry, we put down a pad). Nobody even noticed, though we probably won't be able to pull off the same sort of stunt once he starts solids and the diaps are a bit stinkier. Annnd end parenting overshare. 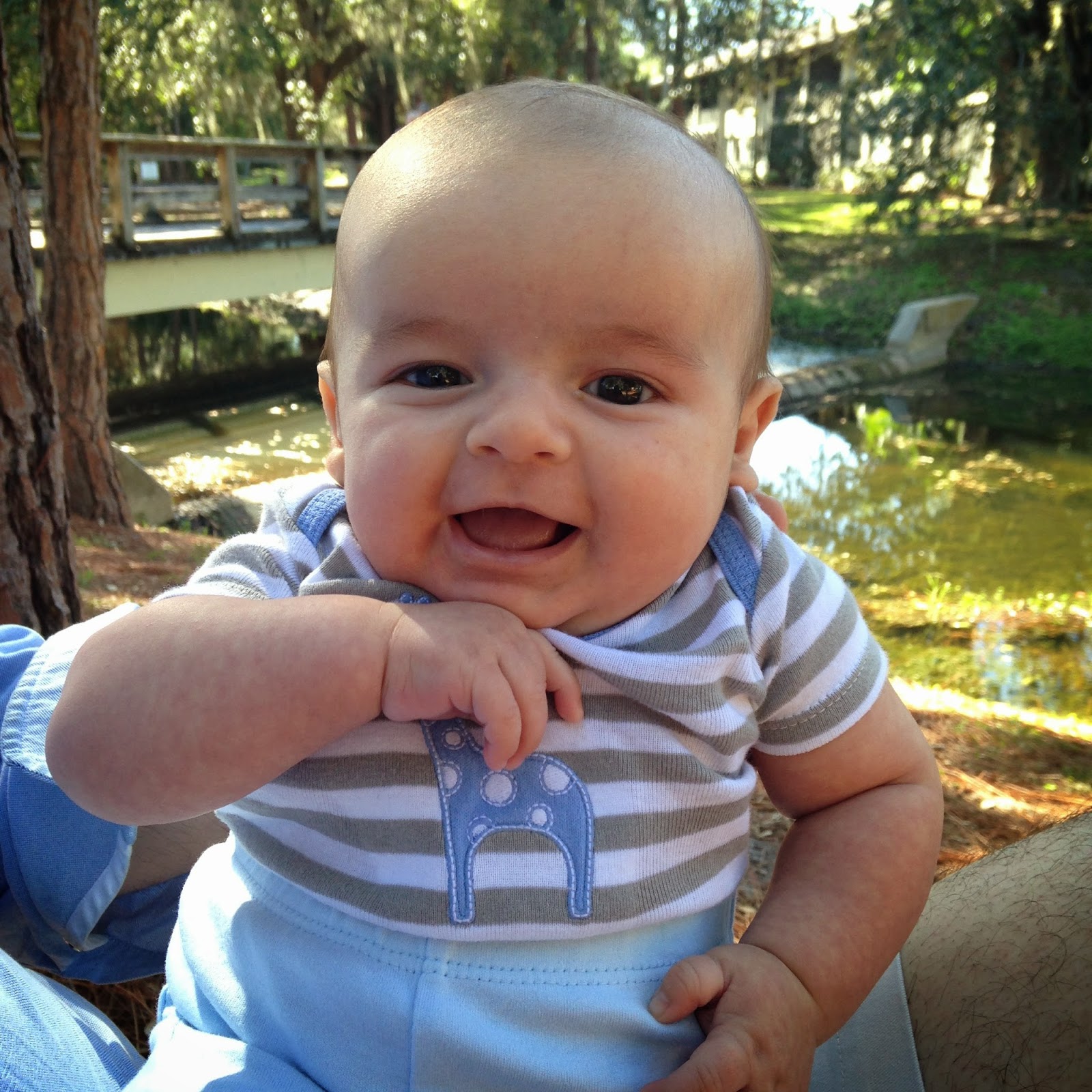 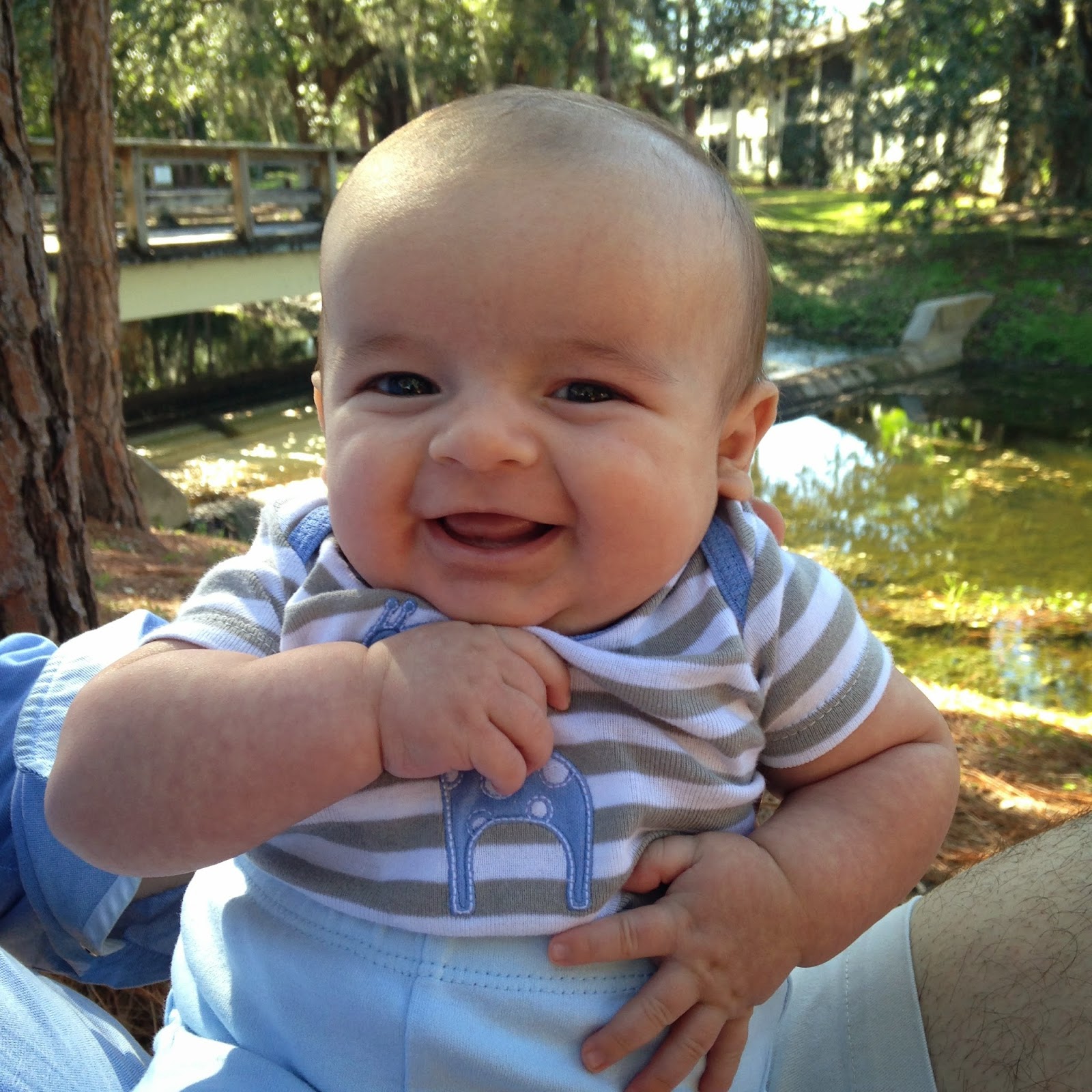 Once we landed, it was nice to peel off all of our winter layers - 71 degrees felt balmy! The weather was gorgeous the entire weekend. Graham didn't know what to do with himself, being outside with just a single layer on! 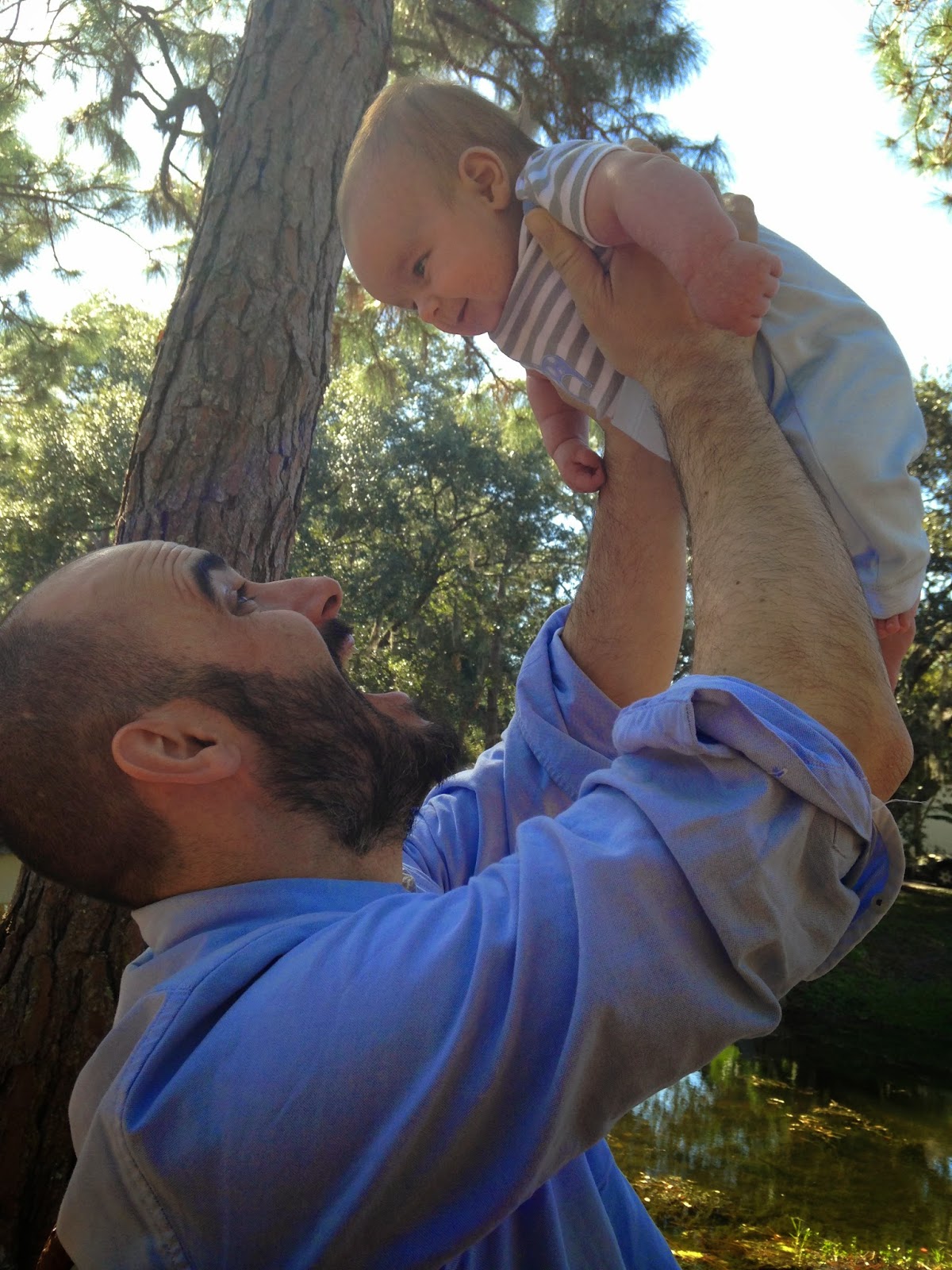 It was nice to have three whole days to relax and for Graham to get to know his Florida fam. There was a lot of laughter and story telling, cuddling and smile coaxing. Graham almost rolled over at one point while everyone was watching and it was very exciting. 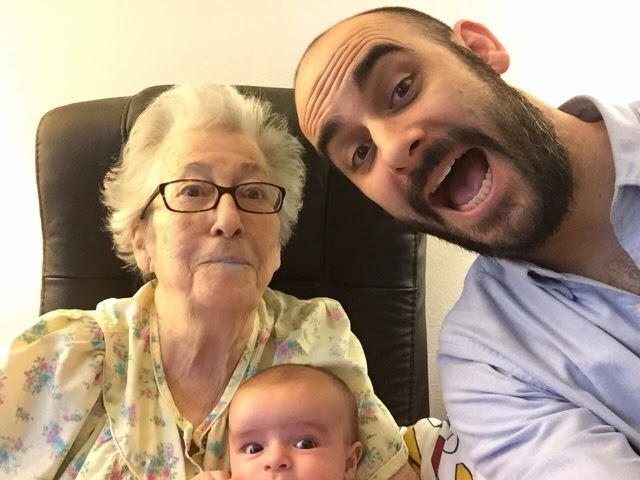 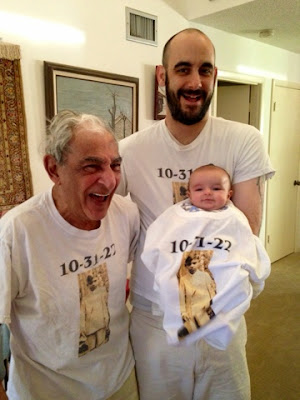 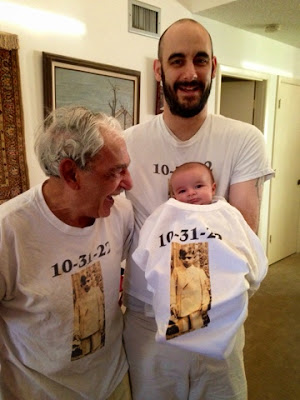 Graham even got his very own Grandpa's bday shirt! 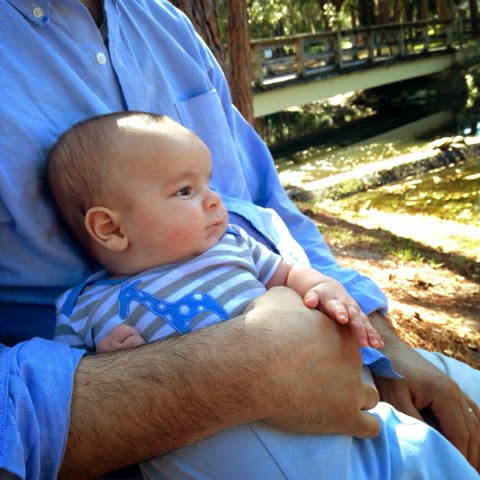 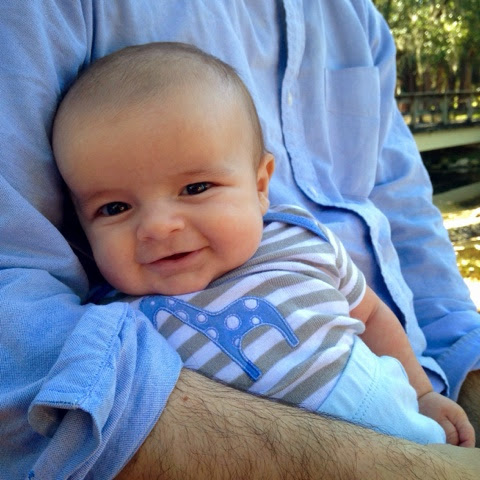 Thank you for a fun visit!
Posted by megidew at 3:39 PM