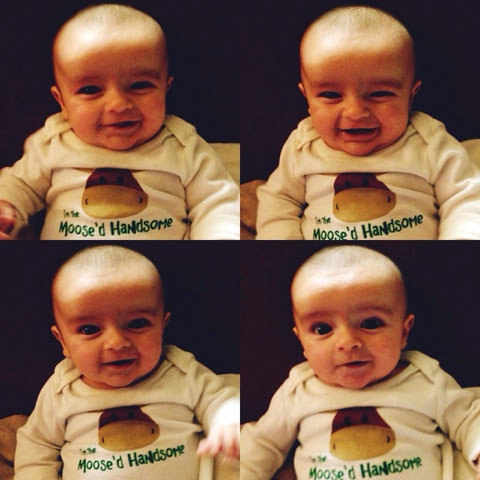 The man of a million expressions continues to delight us with his silly faces for the twelfth week. 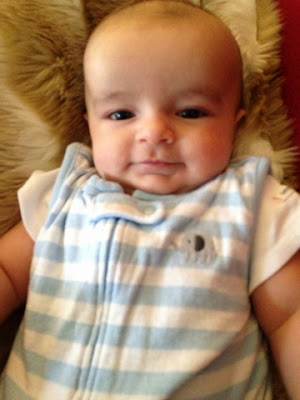 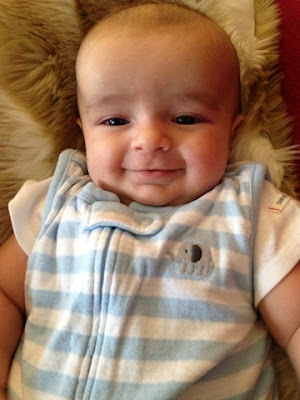 He is learning to do more and more with his hands, slowly but surely figuring out how they work. Thinking it's about time to transition out of the swaddle, since we'll often find he's wriggled his hands up out of the blanket to place in his mouth. Occasionally he'll reach for things and he often bats at the toys dangling from above on his playmat, but I'm not entirely convinced it's on purpose when he connects with his target. He sure looks like he's concentrating when he does it, though. Soon enough! 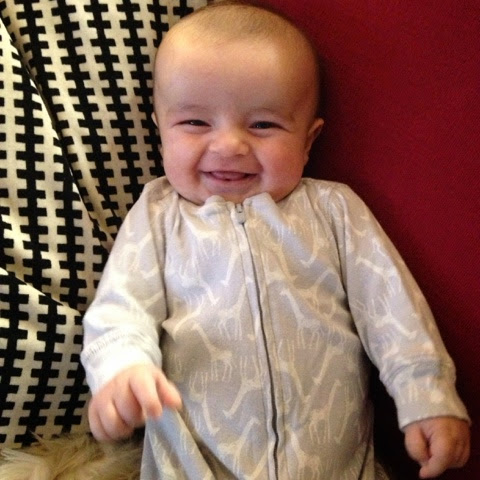 The ring of moisture around the neck every outfit he owns due to constant drooling is, according to the doctor, because of teething! (Clearly very advanced.) Though he likely won't cut an actual tooth for several more months, the process has apparently begun. We sometimes find that sticking the tip of a finger in his mouth for him to gnaw on brings some relief (and boy does he go to town), as does chewing on the flat edge of a pacifier. He's been more fussy and just generally upset lately, which we assume is due to the pain in his poor little gums. Guessing this may also be the reason for our recent abundance of long, sleepless, frustrating nights. 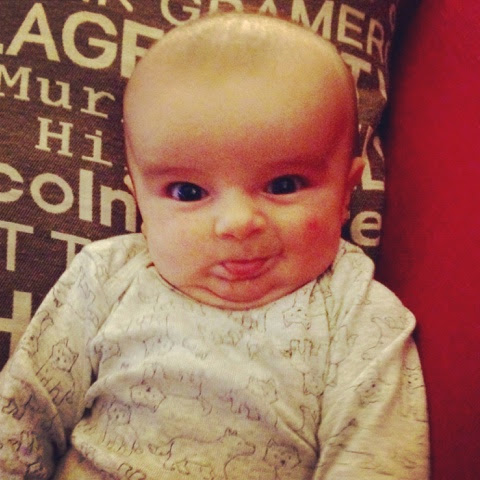 Sleep?  Who needs sleep?!  Not this guy. 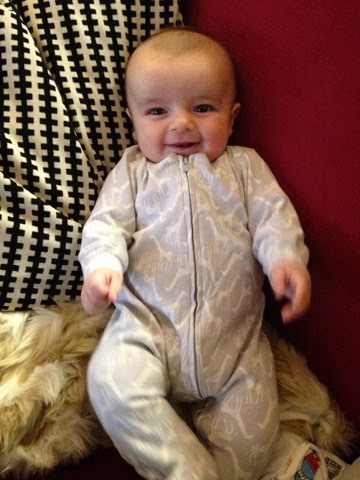 Sadly, he's outgrown his newborn clothes and is even starting to outgrow some 3 month things.  Placing the items that no longer fit into a storage box made me tear up yesterday, but then everything makes me tear up. The emotional rollercoaster I thought would last only the first couple of weeks has continued well through the second month and doesn't seem to have an end in sight. In the dark moments, I try to remember the good. Like peering into the crib toward the end of naptime to check if he's still sleeping and seeing that huge grin staring up at me. Or how he holds onto my arm in the exact same way each time I change his diaper, the tenderness of which I'm convinced is on purpose. He's such a wonderful little person and I'm so lucky he's mine. 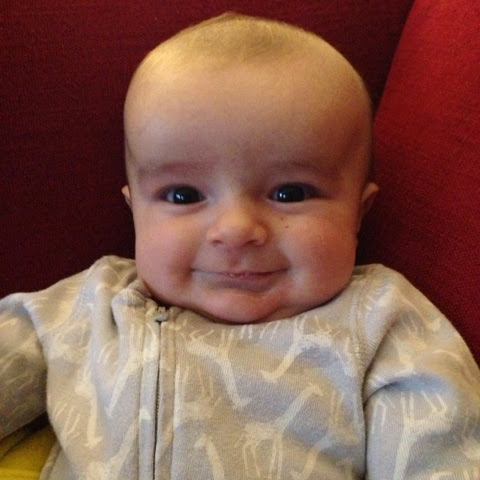 Seriously though, let's get some sleep tonight, k?