Not A Bad Flight 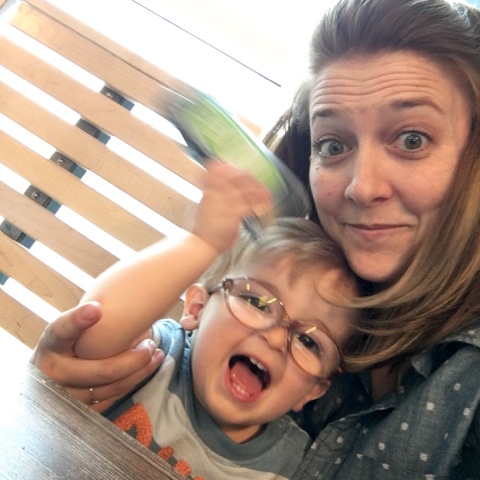 We made it to the west coast! I was super nervous before this trip. Though I've traveled alone with Graham before, he's currently such a ball of energy I was fearful about cooping him up in an airline seat for 6 straight hours. Even a one-year-old on best behavior is still a one-year-old, feeling the same discomfort as everyone else on board but with a much more obnoxious way of expressing it. But first things first, we had to get to the plane - even packing as light as I possibly could, how was I going to get a suitcase, car seat, carry-on bag and toddler unloaded from the cab and safely to the ticket counter all by myself?? Just strap him into his beloved front-pack so he can be right up in the action and I can be hands-free, right? Oh wouldn't that have been nice. Unfortunately the baby-carrier G loves to ride in so much (and made the thought of maneuvering the airport bogged down with suitcases and baby gear just a little easier) recently went missing. Drat. So yeah, I was nervous. 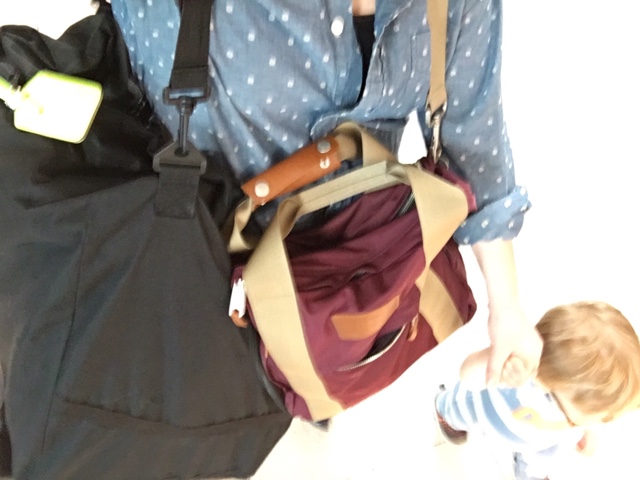 Boy did I luck out, because Graham was an ANGEL the day we flew. We're talking patiently waited in his carseat curbside as I got all of our junk organized, remained calm as I balanced him (still in said carseat) on top of my rolling suitcase and inched our way to the ticket counter, stayed right by my side after getting out of the seat as I clumsily tried to zip it into the carrying bag, held onto my hand without complaint (for the most part) as we slowly made our way toward the gate. He was being so good looking out the window at departing planes and sweetly smiling at fellow travelers that I realized we weren't merely surviving the morning but actually having fun! 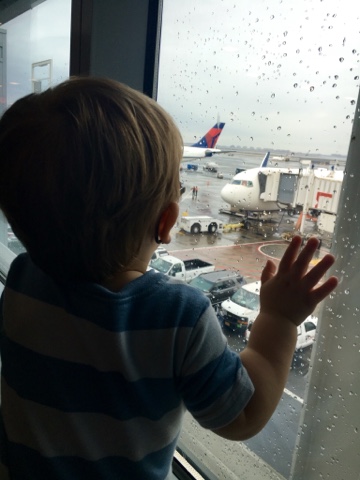 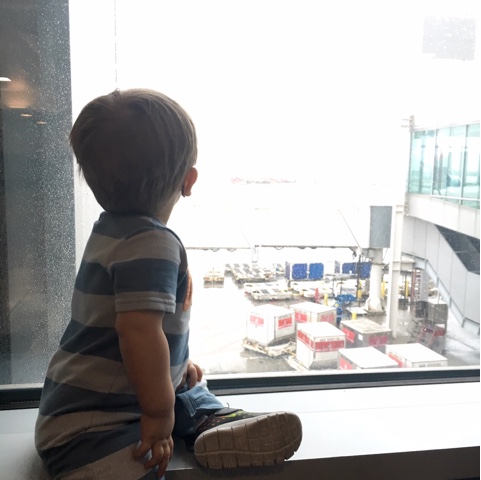 Crossed my fingers the good behavior would continue on the flight. Luckily the flight wasn't full and there was an empty seat next to us, so we got to bring his carseat on board. I had a bottle all ready for takeoff, to help his ears pop, but the little nugget's eyes began to droop as we backed away from the gate and he was full on snoozing by the time we took off, no bottle needed! 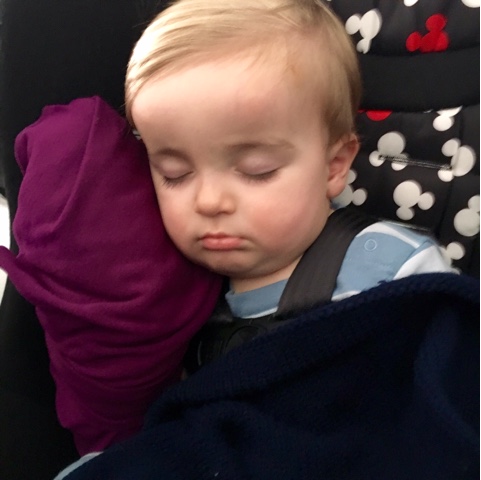 G slept nearly two hours and I was able to watch an entire movie and relax the first third of the flight. When he woke up, he was in a great mood and walked up and down the aisles, enthusiastically chatting with the other babies on board (there were quite a few) and hanging with the incredibly accommodating flight attendants (they hosted a toddler dance party in the large empty space toward the rear of the plane and continuously supplied him with cookies). The trip absolutely could not have gone better. Hoping G travels as well next flight...which will be alone with my mom! Graham is staying in Nipomo a few days after I leave (wooooo no rules!), then he and Jamma fly back to NYC together a few days later. Let's all hope for repeat smooth sailing. 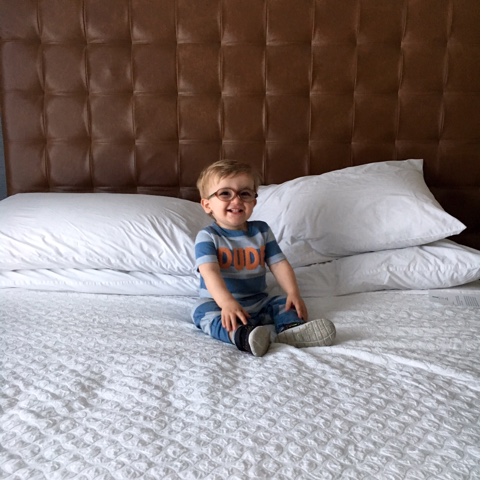