Did you ever imagine KRIS STEPHENSON would become a blogger?? Today a guest post, tomorrow his very own retirement blog titled 'Get Hooked!' full of invaluable advice from a passionate fly-fisherman with thrice-daily email update blasts from "a jerk on one end of the line waiting for a jerk on the other..." 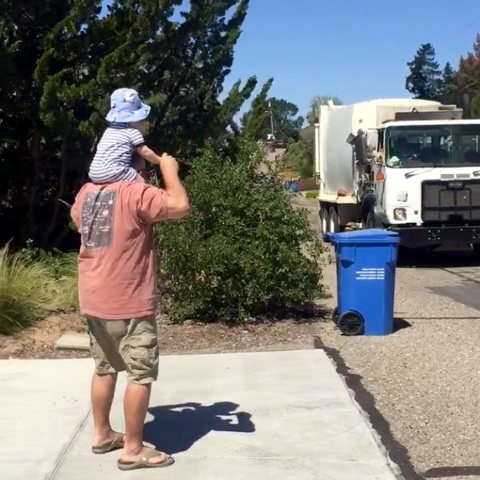 Well, it's been the WEEK(s) of the TRUCK(s) out here in sunny Cal for The Graham-ster.  By far the most exciting day at Grampa and Jamma's house has been Monday morning, which is trash day!  When the trash man starts comin' down the street, Graham gets so amped his whole body starts wiggling and he kicks his legs like crazy... 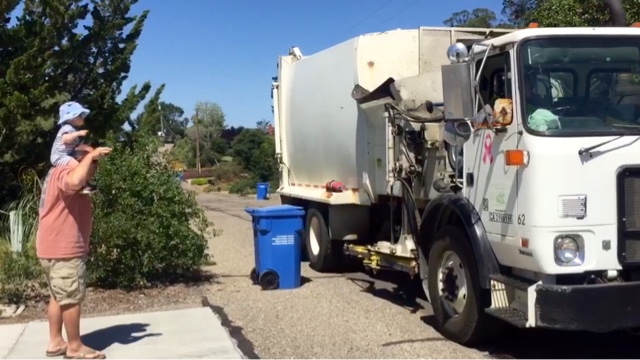 The driver even gave major toots on the truck horn for the G-man.  He was so excited he couldn't contain himself.  For an encore, there was trash truck #2 for the green cuttings, just a little later.  Same jazz-mentation.  Recycle truck comes late and G was napping.  Could have been a Trash Truck Trifecta!

Other truck activities were pretending to drive Grampa's F-150.  Sometimes in control, sometimes reckless (he was not allowed to text)........but, he's an ace at using the dials.......BIG TIME FUN!!! 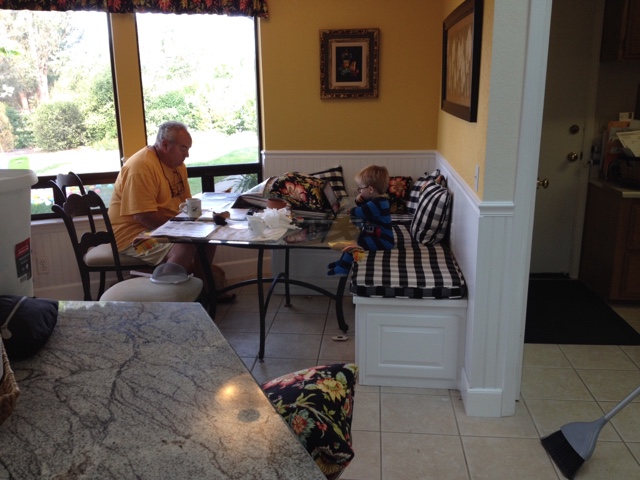