H is for Halloween! 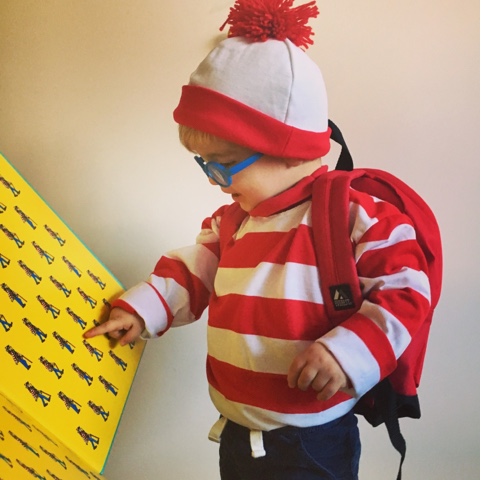 After some fun facepainting at school, we went over to our friend Seamus' house to have dinner and do some trick-or-treating with him. The boys had a blast running around knocking on doors, though several times Graham dumped his bucket of candy into the bowl that was offered, so not entirely sure he understood the concept. :) 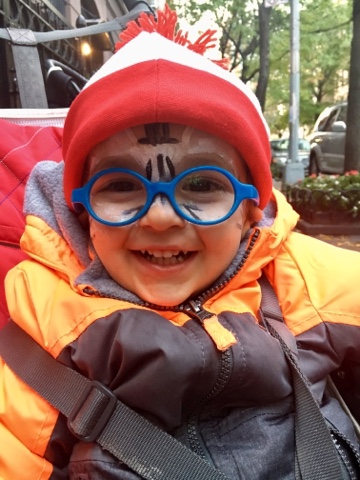 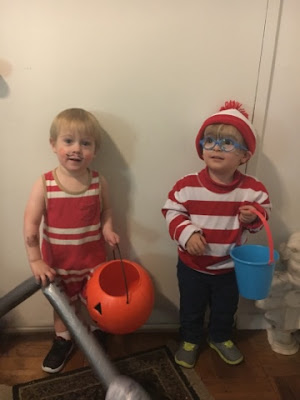 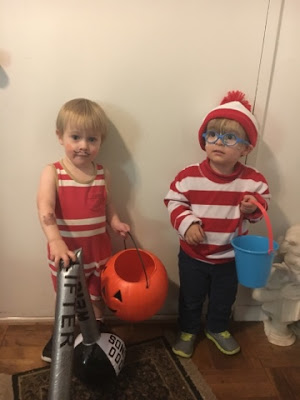 We did another brief round of trick-or-treating back at our apartment building,
which was in full-blown Halloween ruckus mode. There were so many kids roaming around,
yelling in the stairwell and tearing up and down hallways, it was fun but a little intense for G. 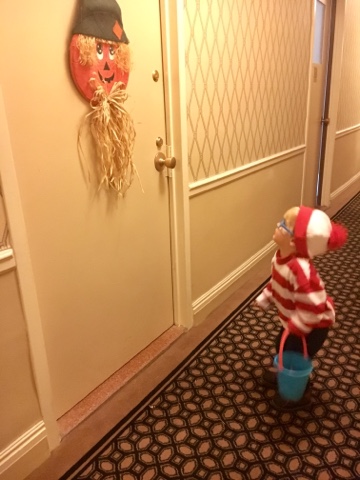 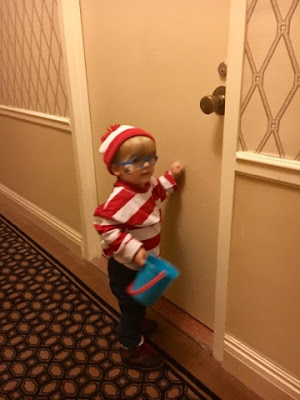 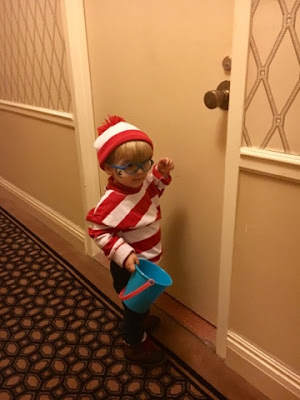 We had fun for about 15 minutes, but then it was time to head for home. 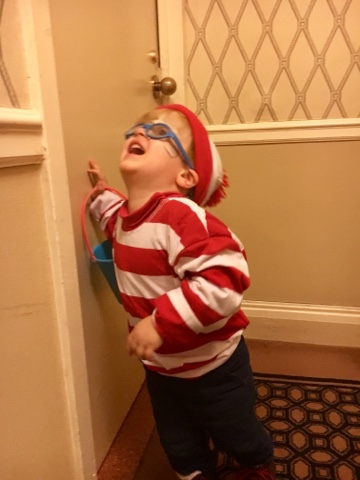 Well, it was good while it lasted.