H is for Hotdog 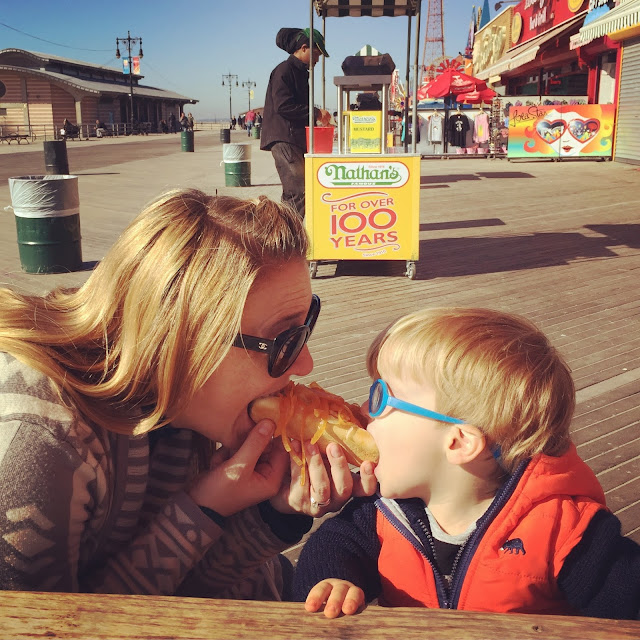 We finally made it out to Coney Island!! 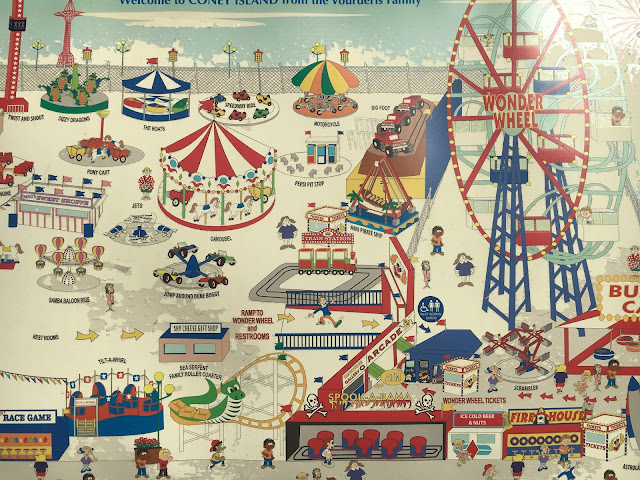 I've been wanting to head out to Coney Island for so long. It's been on the bucket list since we very first moved here. Just seems like something you should see if you're living in New York. But it's soooo far. A few weekends ago, we finally decided to bite the bullet and hop on the subway out there. I didn't care about riding the ferris wheel or anything, just wanted to walk up and down the boardwalk and check things out, so we left pretty early in the morning figured we'd have breakfast and then head back. 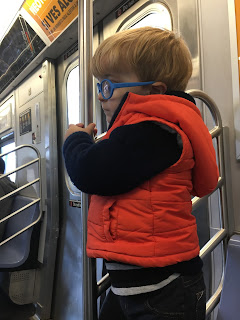 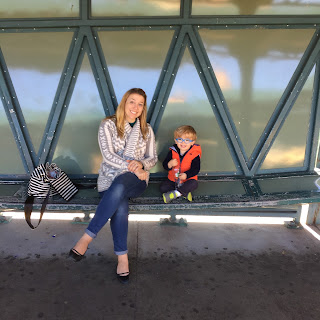 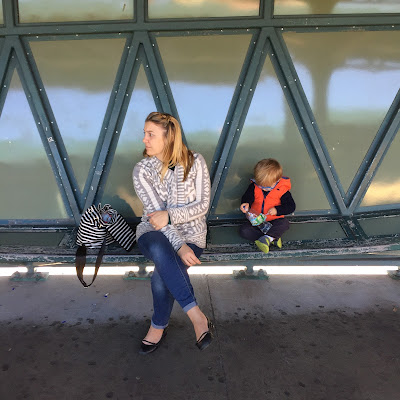 First of all, when I say far, I mean FAR. It took nearly two hours to get all the way out there. Fifteen minute walk from our house to the subway, switch at 42nd street to an express train to Brooklyn, ride as far as possible then switch to a local train (because there are no express trains all the way to the beach on the weekends DOH!) and sloooowly inch along the rest of the way to Coney Island. Graham loves riding the subway. But by the time we got there, all three of us desperately needed to get outside. 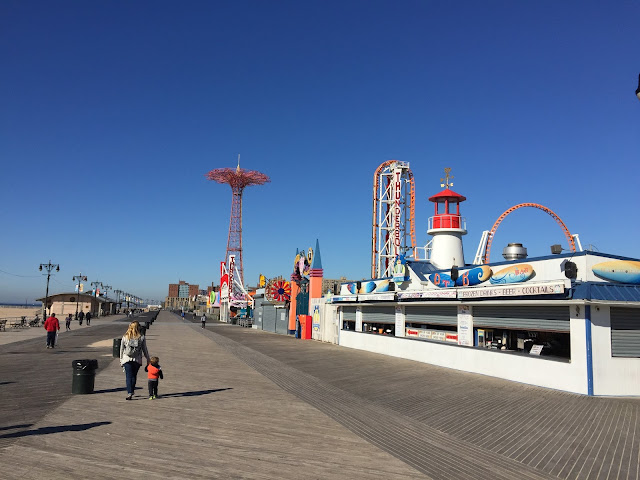 It was bright and sunny, chilly but not cold. It was also REALLY WEIRD being there that early in the morning. An area built for crowds looks utterly bizarre when completely deserted. A place intended for exploring under the blanket of night with the charm of twinkling lights feels oddly exposed in the bright light of day. And a park full of roller coasters and wild rides feels oddly calm and silent when they are at rest. 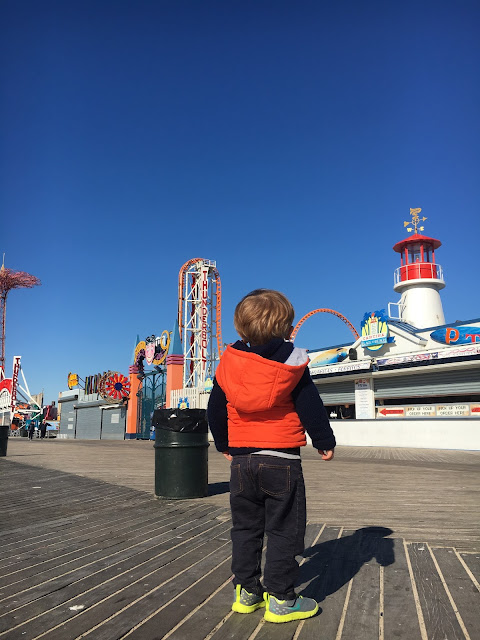 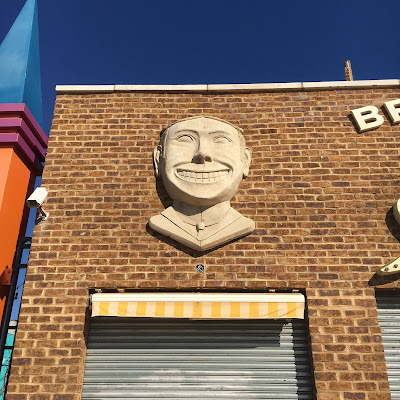 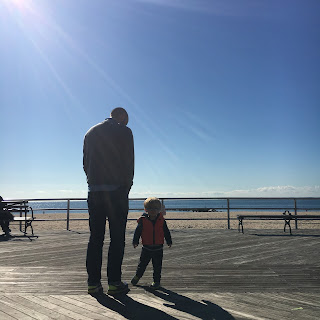 Still it was still fun to meander up and down the boardwalk,
which we had pretty much to ourselves so G could go nuts. 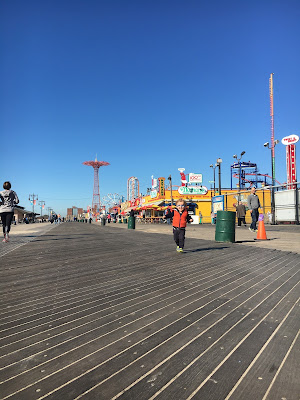 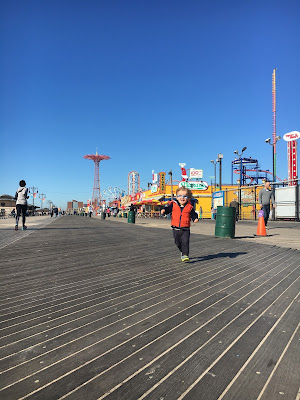 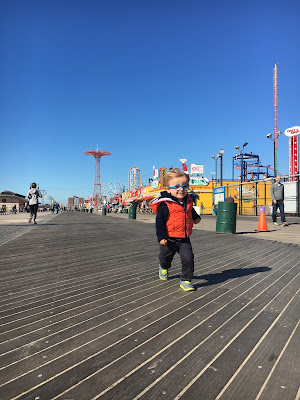 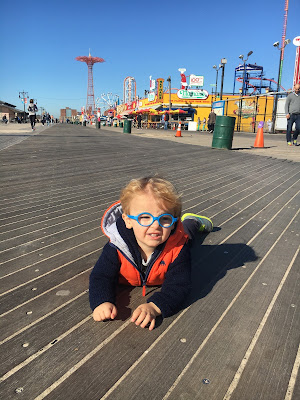 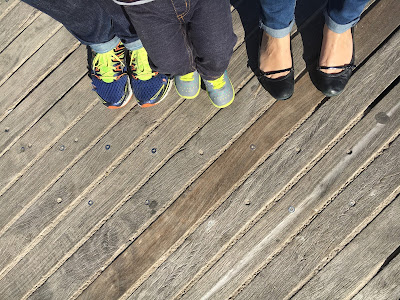 Just as I was getting a bit mopey that this wasn't the Coney Island experience I'd been hoping for... 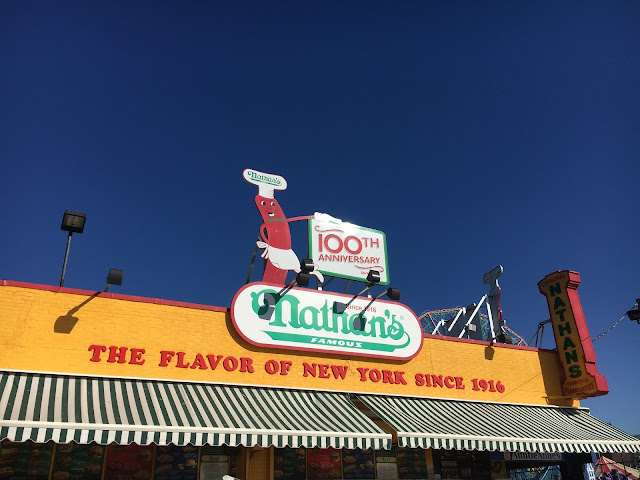 we stumbled upon the mecca that made it all worthwhile. 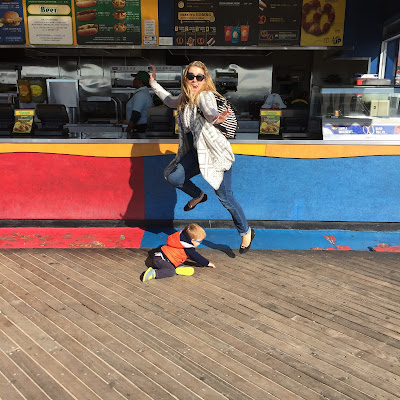 If you think 10am is too early for hotdogs... you, my friend, are wrong. 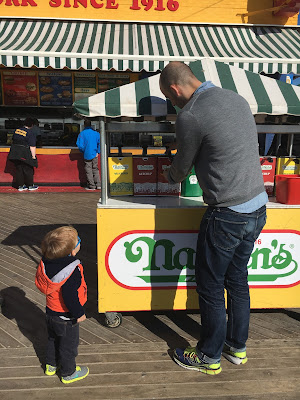 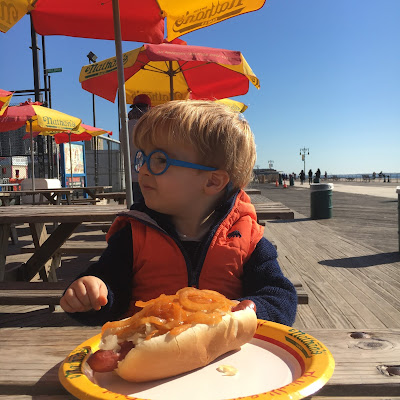 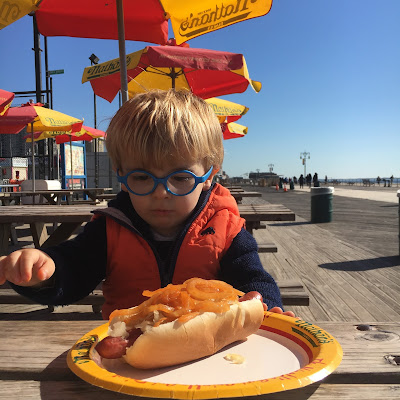 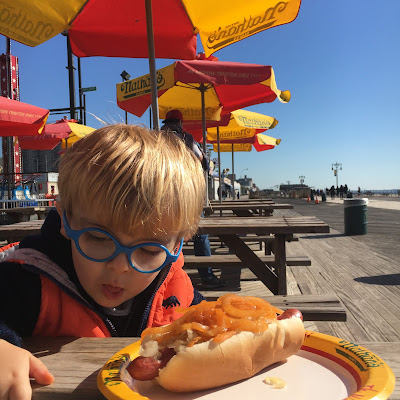 They were AMAZING and totally saved our outing.

Still working on our family jump photo skills, however.... 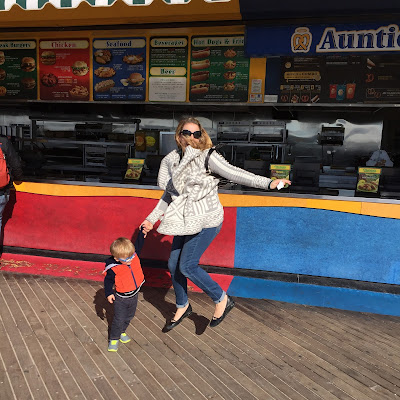 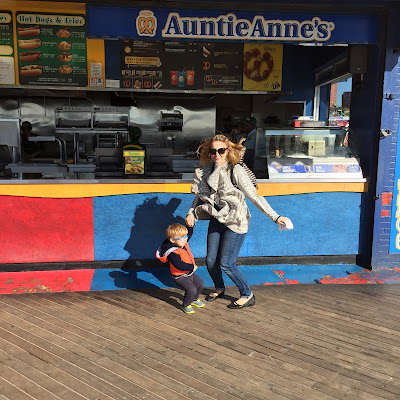 PS Bethel, thought of you: 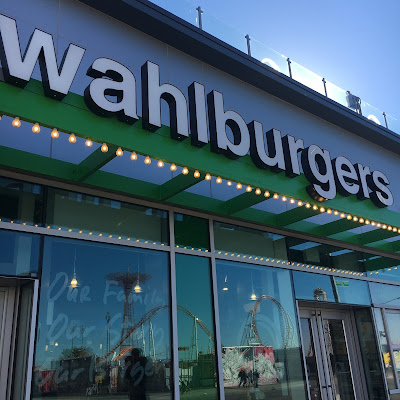