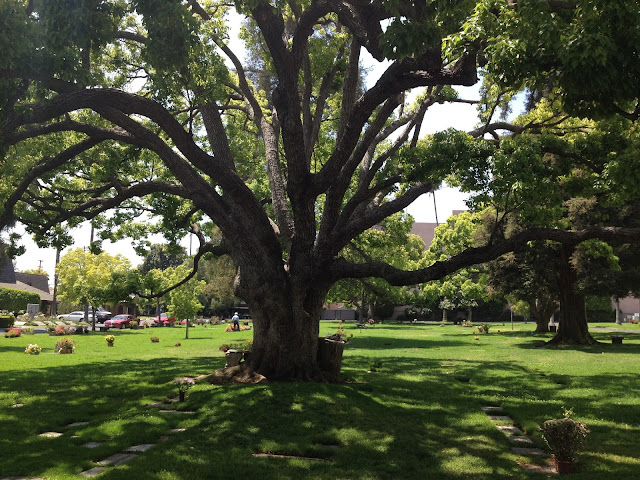 Yes, visiting a cemetery makes for a bit of an odd lunch break (much less a blog post), but I'd heard about this hidden spot and had been wanted to try to find it - apparently, tucked down in between the highrise buildings on the Wilshire Corridor, is a modest but immaculately maintained garden cemetery, where some of Old Hollywood's brightest stars have been laid to rest.  So I enlisted the help of an adventurous colleague and we set out to find it. Faintly macabre? Perhaps. But I was hoping for serene and happened to find just that. 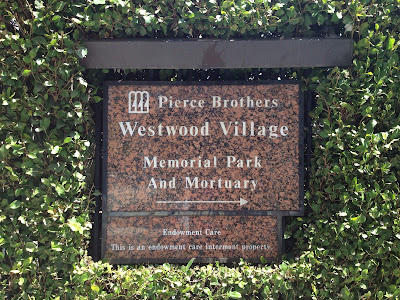 The park street address is just a few blocks from my office, but we arrived and found...nothing. Well, lots of things, to be fair, but certainly no cemetery; library, parking lot, CVS, parking structure...we walked up and down the entire block several times. Nada. Finally, a random kid on the street noticed our confused tap dance and asked if we were looking for the cemetery. Why yes! How did you know? "People always look confused when they are searching for the cemetery." *whoops* So much for inconspicuous. Anyway, he kindly pointed us in the right direction and it was strange to find we were practically on top of the place - after making your way down an alley, between a skyscraper apartment complex and a busy parking structure driveway (which I never would have found this on my own) you suddenly find yourself at the entrance of a small but very lush park, more aesthetically pleasing than any other cemetery I've ever seen. 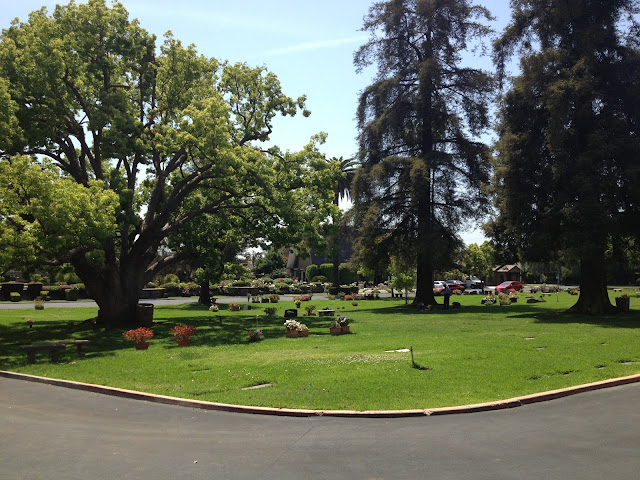 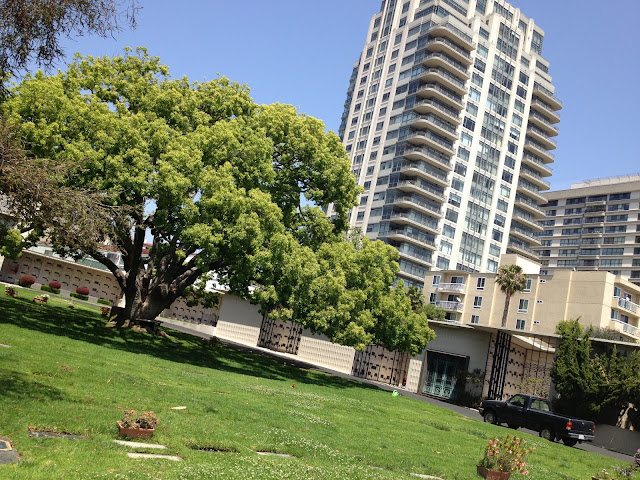 It's a beautiful little spot with quite a few recognizable names (full list here). A majority of the gravestones had flowers and there were several tourists wandering about, but for the most part it was quite empty.  Undoubtedly, most people come to pay homage to the late Marilyn Monroe.  I was expecting a bustle, if not a crowd, around her tomb, but it was perfectly free from commotion. After her death, Joe DiMaggio arranged for fresh flowers to be delivered to Marilyn's crypt twice a week for the next 20 years - this was actually something Marilyn had asked him to do on their wedding day should she pass before him, just as William Powell had done for Jean Harlowe after her tragic death (end research nerd rant). Both incredibly romantic that he followed through and achingly sad that he had the opportunity to do so. 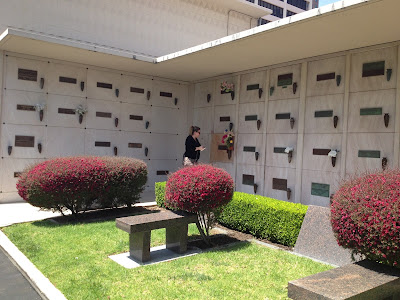 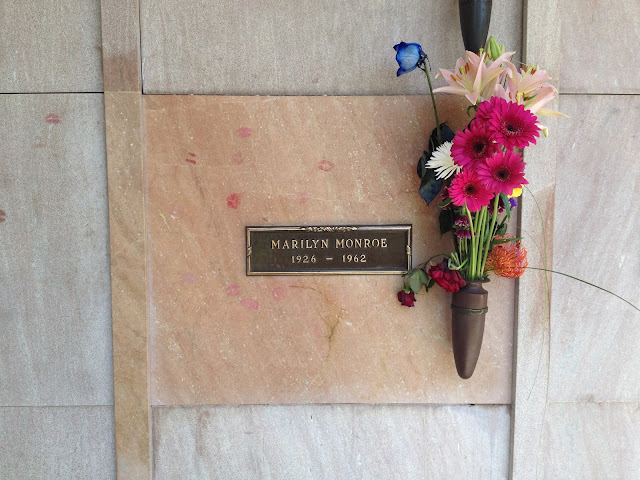 Engravings on the headstones and crypt markers range from nostalgic and heartfelt to hysterical. "More Than Love" decorates the stone for Natalie Wood (came thisclose to crying in the middle if the day, but managed to contain my sobs), along with an abundance of flowers, letters, coins, personal tokens left behind. Jack Lemmon gets in a last laugh with a simple "Jack Lemmon in." Though I can't claim to be a big fan, top prize goes to Rodney Dangerfield - no dates and the plaque reads only "There goes the neighborhood." 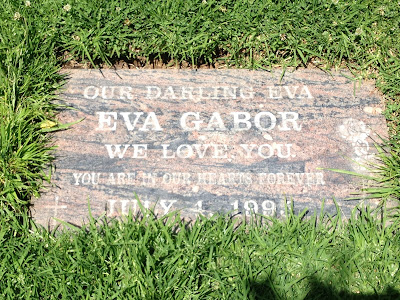 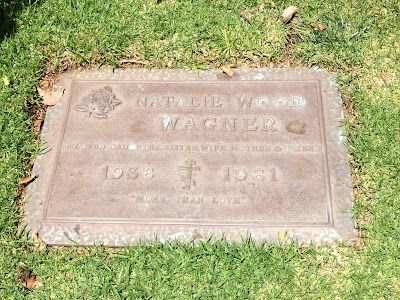 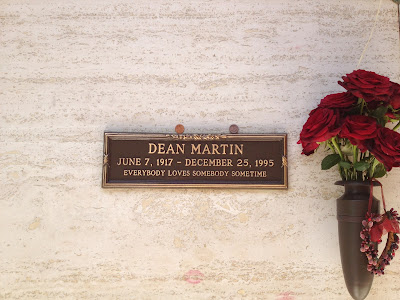 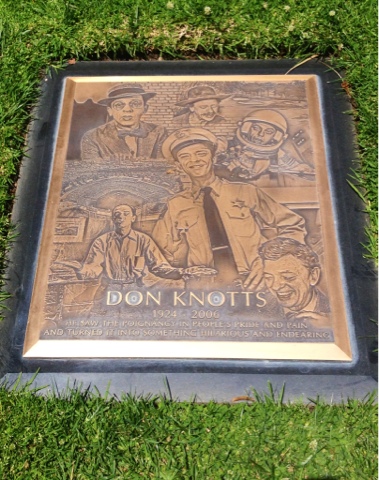