B is for Baby 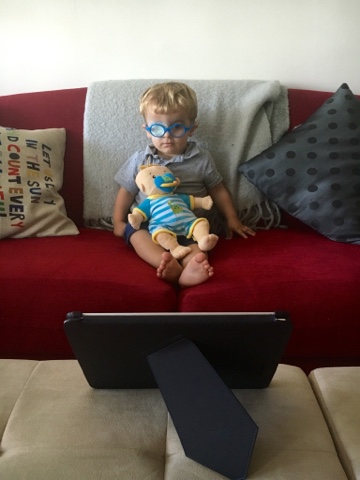 But we're not talking about G...

Graham got a baby doll this week! He wasn't too sure about it initially, eyeing it skeptically when it first came out of the box and leaving it sitting on the couch where he could glance at it suspiciously from time to time; but soon they became very best friends and "Baby" started going everywhere he did. Now they are inseparable. Baby came with a magnetic pacifier, which Graham finds fascinating; he likes to hide it in the couch and then spend lots of time "searching" for it saying "paci paci?" At first he dragged Baby around by the ankle, like a mini caveman trudging along with his hard-earned treasure, but he's learned to be a bit more loving in his caretaking. 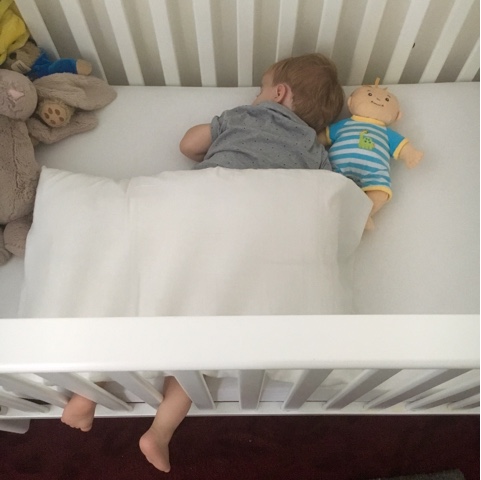 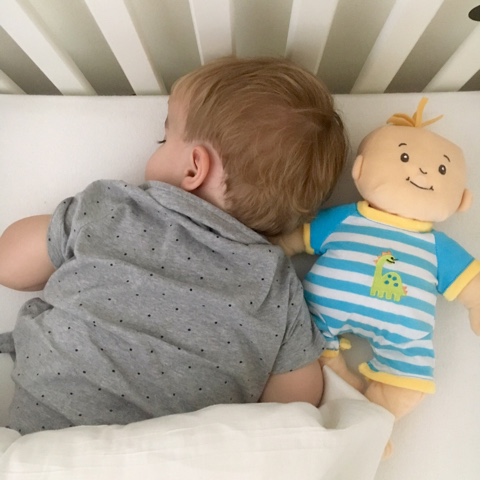 Other items of interest this week - more new words than we can count, as well as putting together a few new sentences, including "I want it." and "I don't want." Pretty much anything Graham wishes to accomplish can be communicated with one of those two sentences. 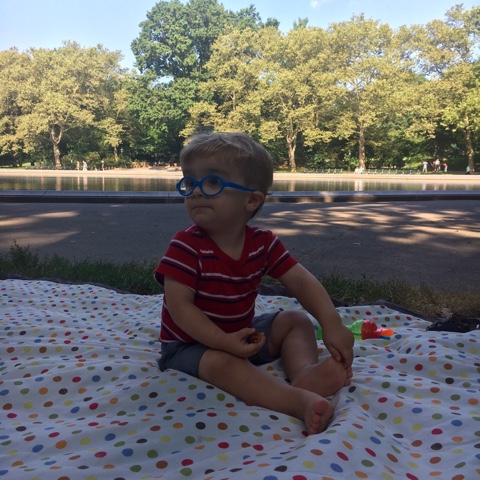 New bucket has been a source of great joy. We haven't actually done a lot of digging yet, but sure carried it around with gusto. Best three bucks I've ever spent. 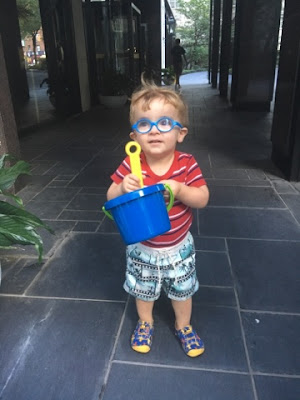 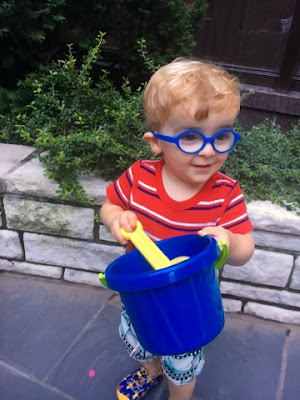 Been trying to make the most of the last days of summer by having dinner up on our roofdeck whenever we can manage. Watching the sun set from up where there's an actual breeze flowing makes for a really pleasant close to a sweltering hot day. 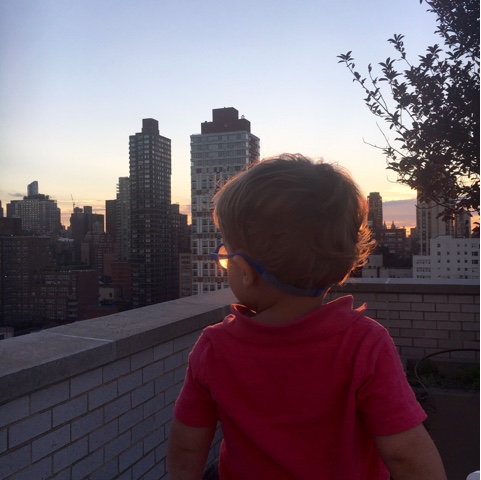