W is for Wedding 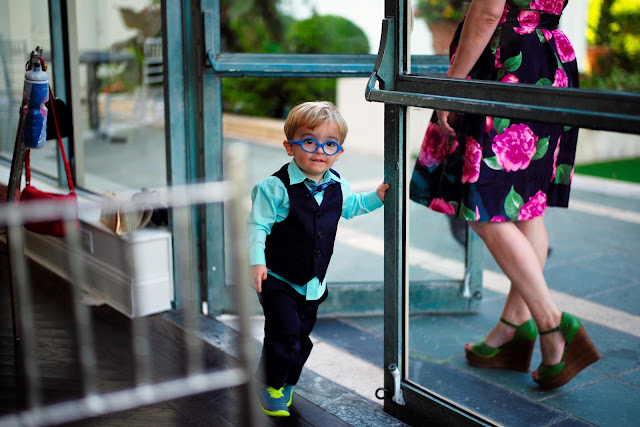 My friend Nicole from back home got married this weekend - and it was actually here in NY, so it was fun to have lots of folks from CA out in our neck of the woods. It was also exciting to explore a new part of NY that I'd never visited before - Flushing! The ceremony was at 3pm - right in the middle of naptime - so the plan was for my mom and I to head over first and actually watch them get hitched, then the boys to meet up with us later at the reception whenever G awoke. We had planned to take the train out to Flushing but was blazing hot, so we lazed out and took a cab instead. Plus we're fancy like that. 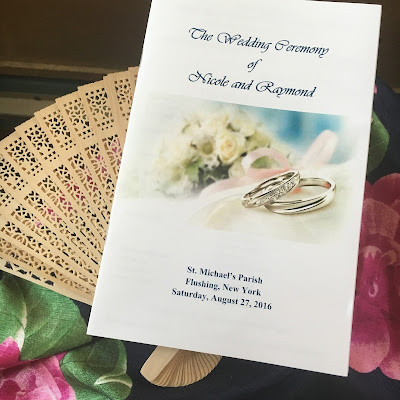 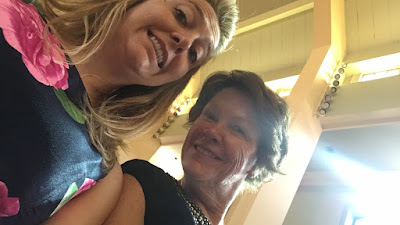 Meanwhile, back at the ranch.... 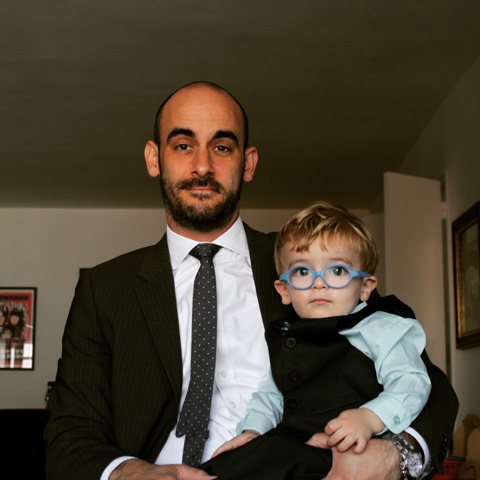 Once G woke from his nap and both boys got dapper dandy (good job DVC!), they held a quick photo shoot and met us at the reception. There were quite a few little kids there, which made for a sweet cocktail hour watching them chase each other around the garden. The food was both amazing and plentiful; there was so much that at first we assumed that was the dinner! Gotta love a wedding with an abundance of chow and cheerful children. 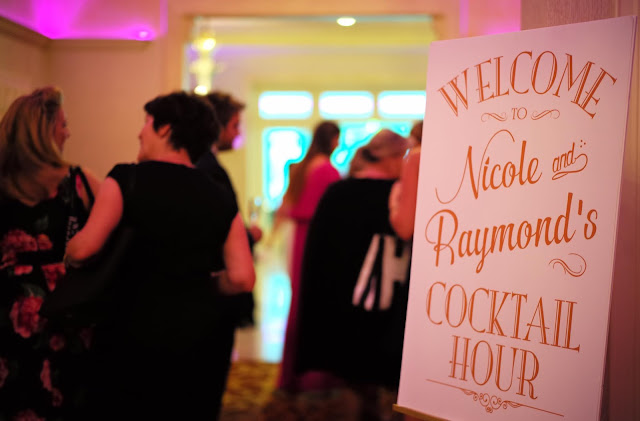 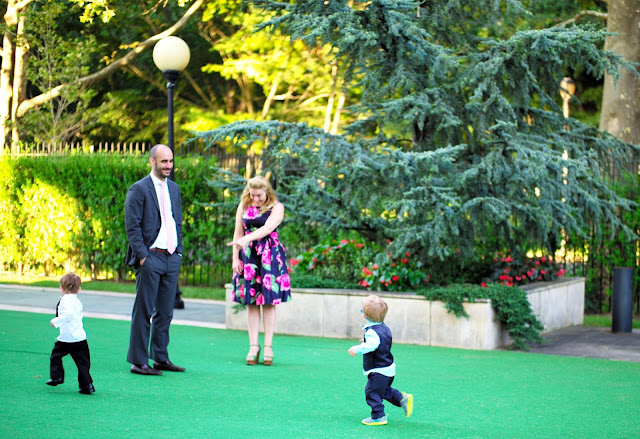 Once the DJ invited us inside and turned up the tunes, the party really got started... 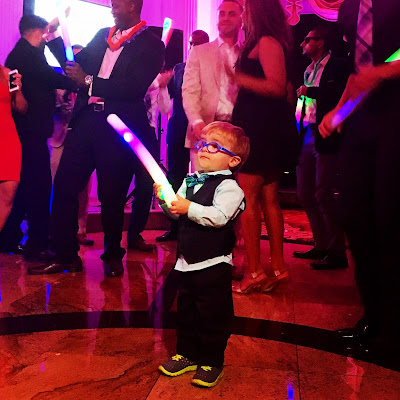 And Graham danced, oh how he danced. He twirled around that sparkly ballroom with friends and strangers alike. He waved his glowstick with wild abandon, he jumped and stomped and shimmied between people's legs. He had a marvelous time. And ever since the wedding, whenever you ask what he did last weekend, he gleefully replies, "I daaaanced!!" with eyes shining. (Naturally we ask him several hundred times per day because HELLO it's freakin' adorbs.) 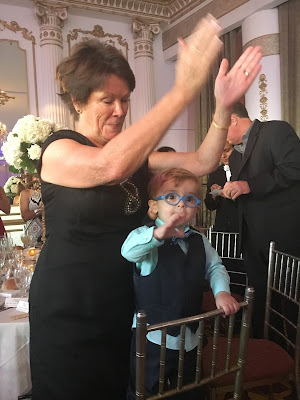 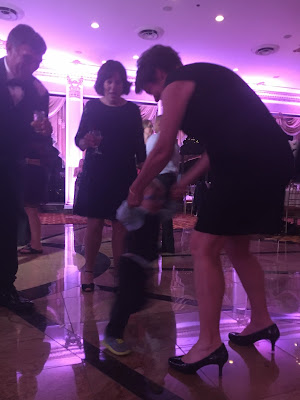 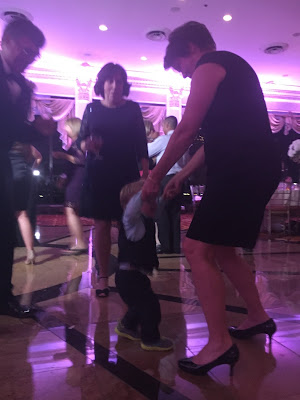 First photo of Graham and several others below (it's quite obvious which - the good ones!)
from my very talented friend Marco. See the rest of his amazing photos here.


Too bad we didn't ask him to take our family photo... 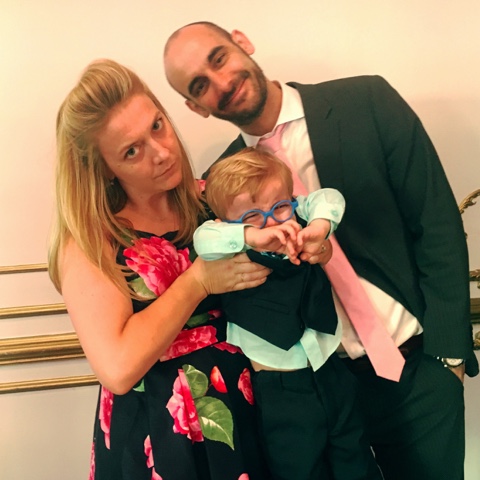