L is for Long Weekemd 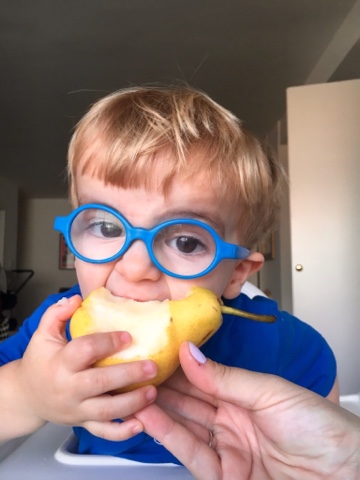 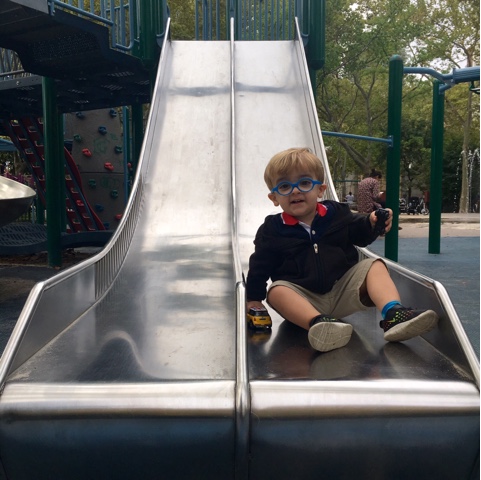 We spent the long weekend soaking up the last bits of summer, though it cooled off significantly due to the storm making it's way up the east coast. Luckily the storm veered further east than originally expected, leaving NYC with zero rain but nice cool breezy weather.

Filled our days with plenty of park time. 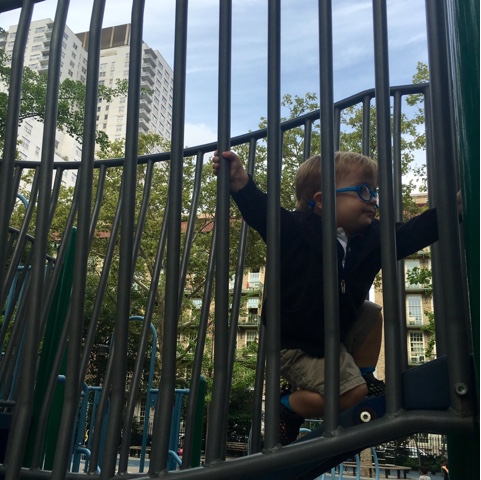 Getting so brave on the curly slide. 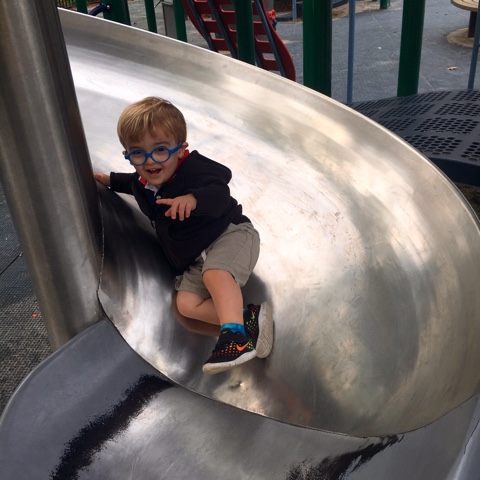 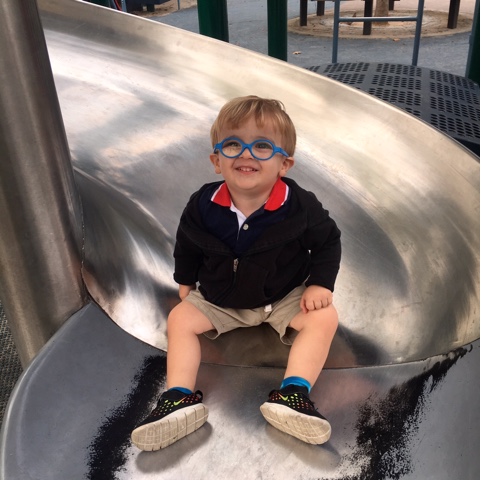 Lazy mornings and lots of snuggles. 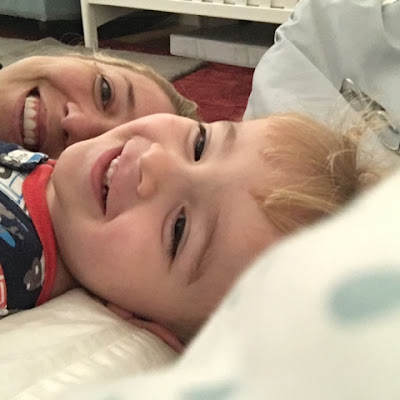 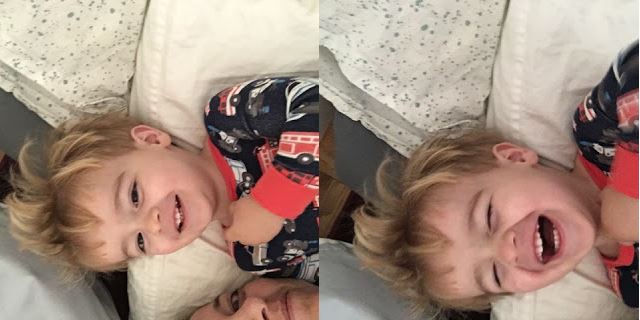 Breakfast and lounging in Central Park. 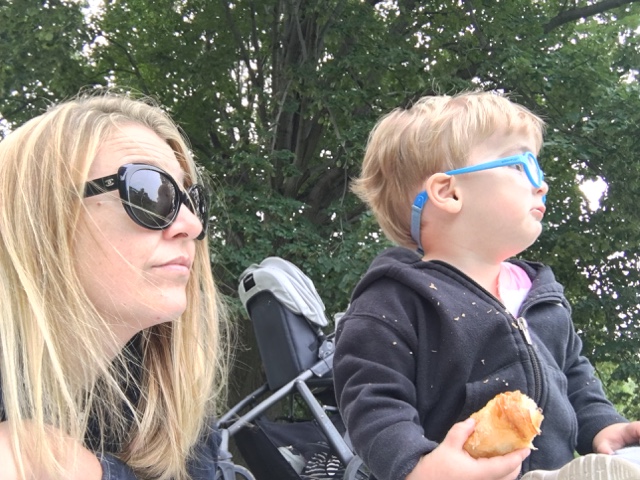 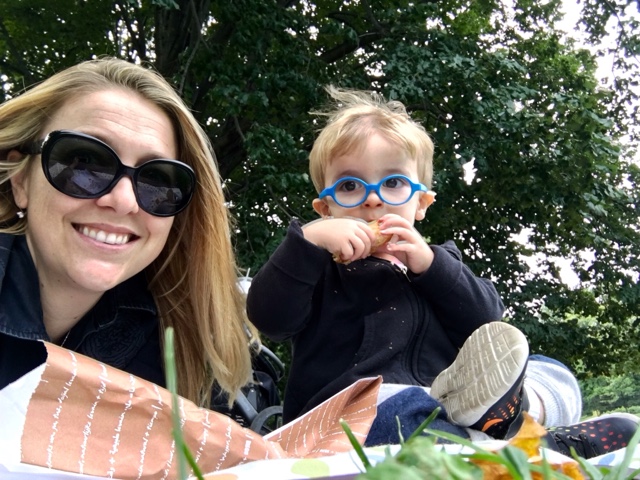 Still working on our understanding of soccer / foot-ball.
G spends all his efforts trying to pick up the ball and throw it over the fence.
Half the time the ball would fall backwards over his head and he would CRACK up.

Perhaps we've got ourselves a keeper. 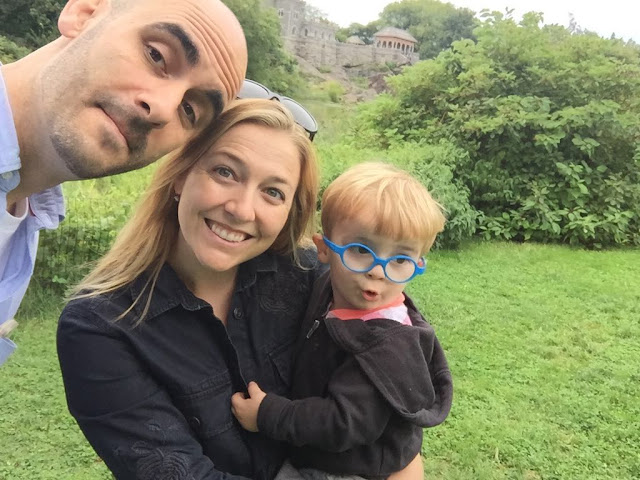