S is for Stanimal 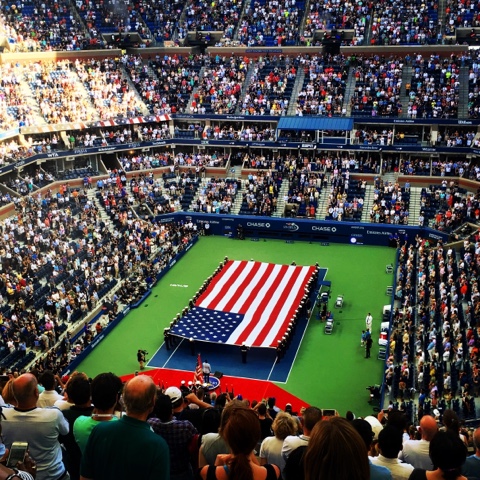 You probably thought all of the Monday posts are about G-money, but YOU WERE WRONG! Guess who got to go to the U.S. Open Men's Final on Sunday and watch an epic match? Answer: Graham's parents, sans G. Boom. 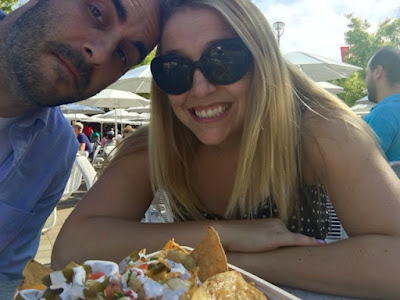 First things first, got ourselves some stadium food immediately upon arrival. The Open is of course so fancy that it has an epic food court with amazing gourmet choices. These steak nachos were bomb. We split them so we'd have room for more junk later on (during the match we munched sporadically on chicken strips, criss-cut fries and an ice cream yummmm). 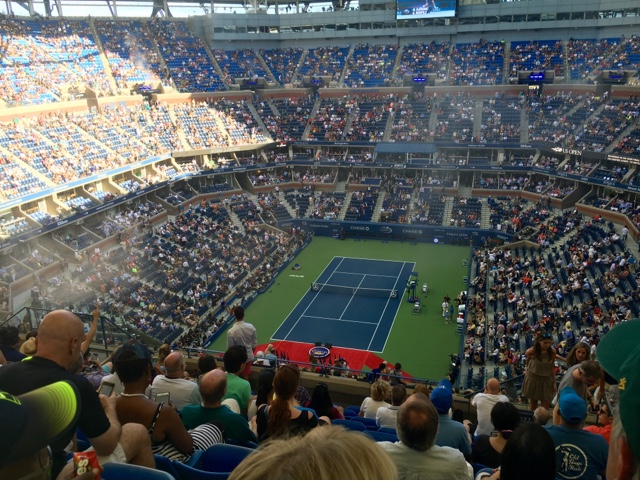 Do our seats look amazing??  That's because THEY WERE!! 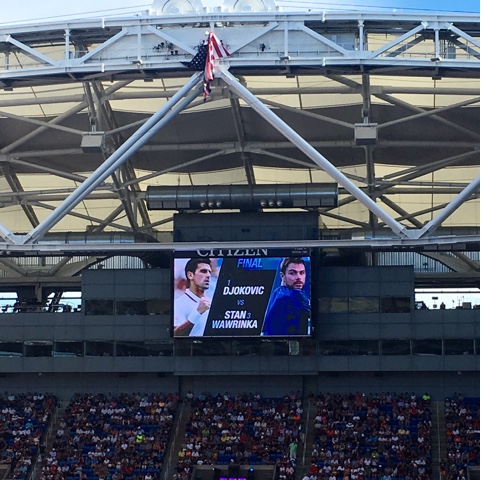 Actually this is one of those stadiums that really doesn't have a bad seat in the house. Even the nose bleeds have a pretty great view, since it's so steep and the court is smaller than your typical stadium field size. Looking straight down from the top can be a bit dizzying, though. 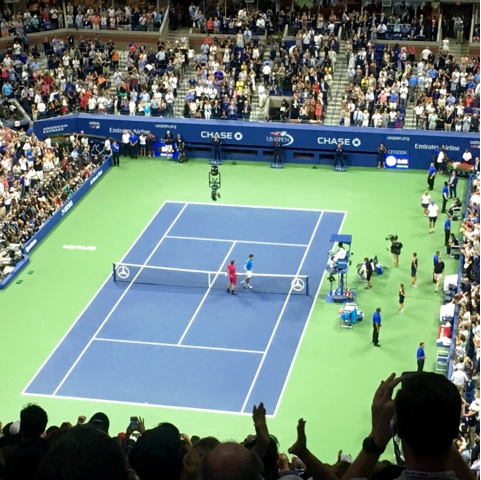 The match was really exciting. Novak Djokovic #1 vs. Stan Wawrinka #3 is some pretty spectacular tennis. Wawrinka has a wild backhand that seems a bit out-of-control, half the time his shots would hit the back wall and half the time they were amazing winners, kind of Nuke Laloosh-esq. Djokovic seemed hurt toward the end, even stopping play several times for the trainer to come take a look at his foot, but even if he wasn't at the top of his game, Stan's play was definitely worthy of a win and it was fun to see an upset. The stadium went nuts. 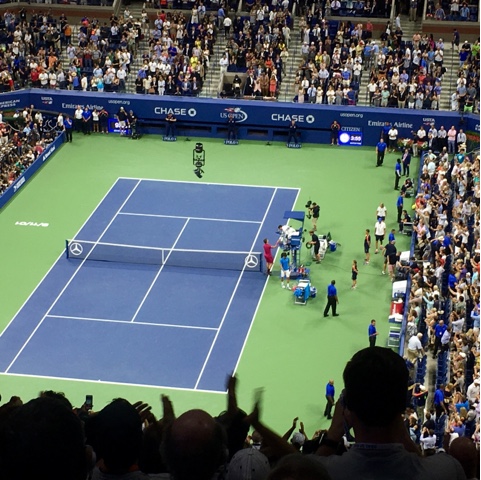 I still love you, Novak. 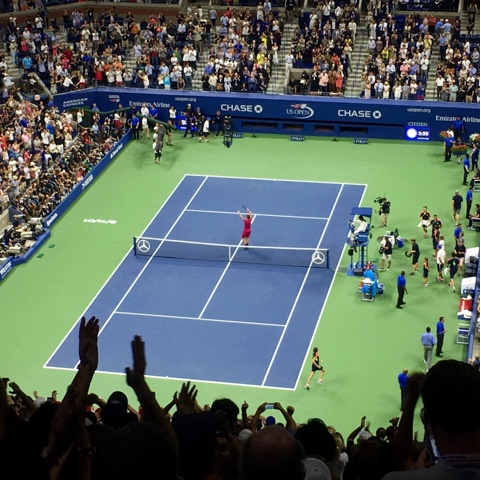 And now for the important stuff...which celebrities were in attendance?
(Leafy, I wrote down names every time they showed someone on the big screen so I wouldn't forget!)
- Michael J Fox

- Anna Wintour
- Kevin Spacey (with a super hunky date)
- Hilary Swank
- A bunch of dumb old winners nobody cares about JUST KIDDING MOM some amazing former tennis players: Rod Laver, Virginia Wade, Guillermo Vilas, Maria Bueno, Manolo Santana
- Lin-Manuel Miranda
- Debra Messing
- Peter Scaarsgard
- and apparently Leonardo DiCaprio was there too, because someone texted us to see if we were hanging out with him since they saw him on tv and know how crazy cool we are so it's totally possible, but they never showed him on the jumbotron so DANGIT ANOTHER SHOT AT HANGING WITH LEO DOWN THE DRAIN 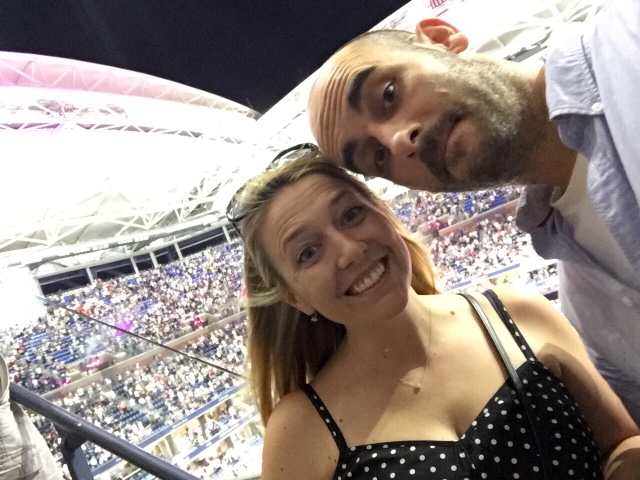