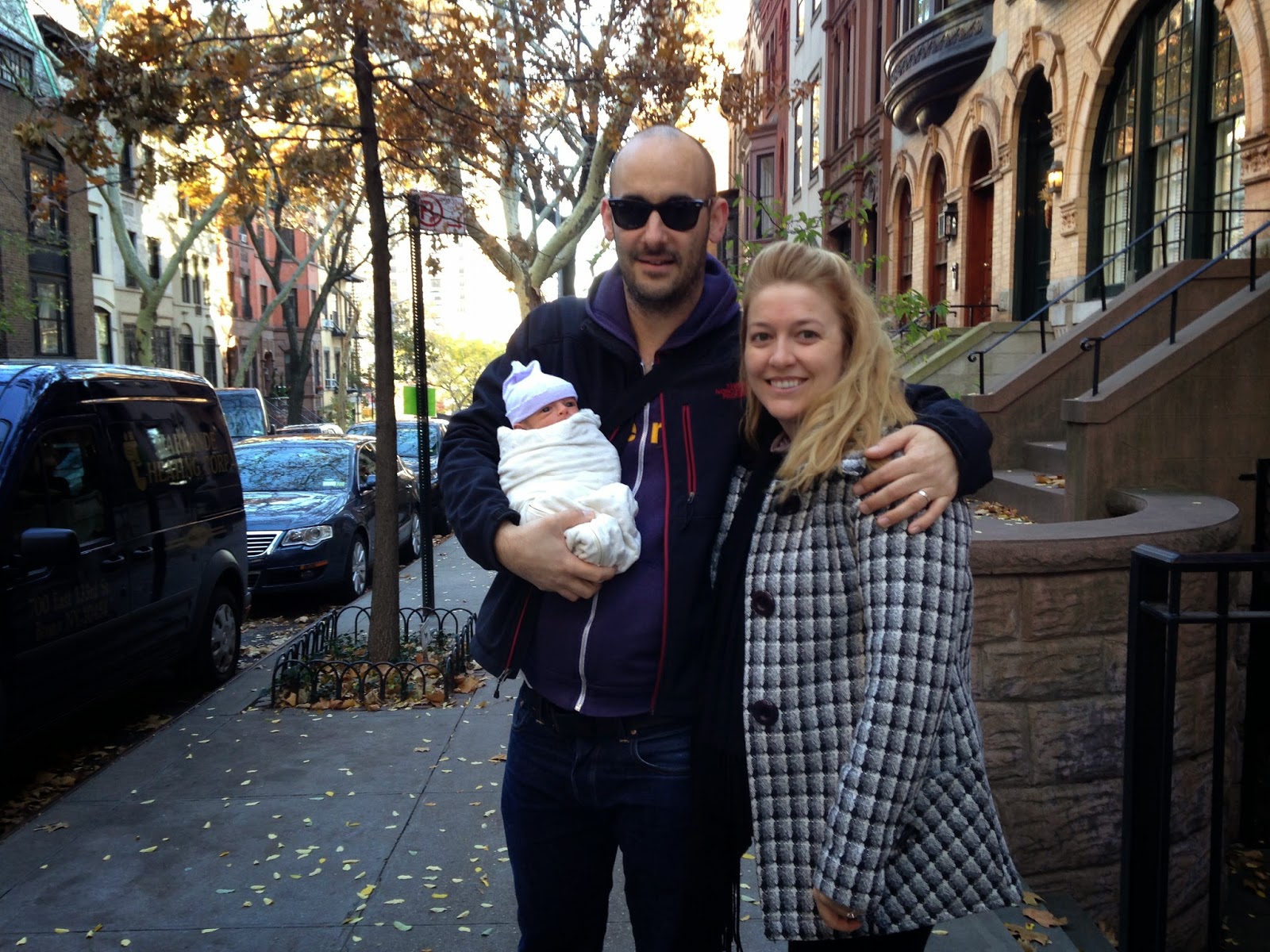 Our first walk with the little guy was at four days old. Four days! Looking back I can't believe we headed out that early. We didn't go too far, just a few blocks, but still. He was so tiny!! I think I was feeling brave because I'd actually managed to shower that day. We were a bundle of nerves, hanging at least 12 feet back from the street corner and waiting until the approaching vehicles had come to a COMPLETE stop before venturing slowly into the street with a death grip on the stroller. 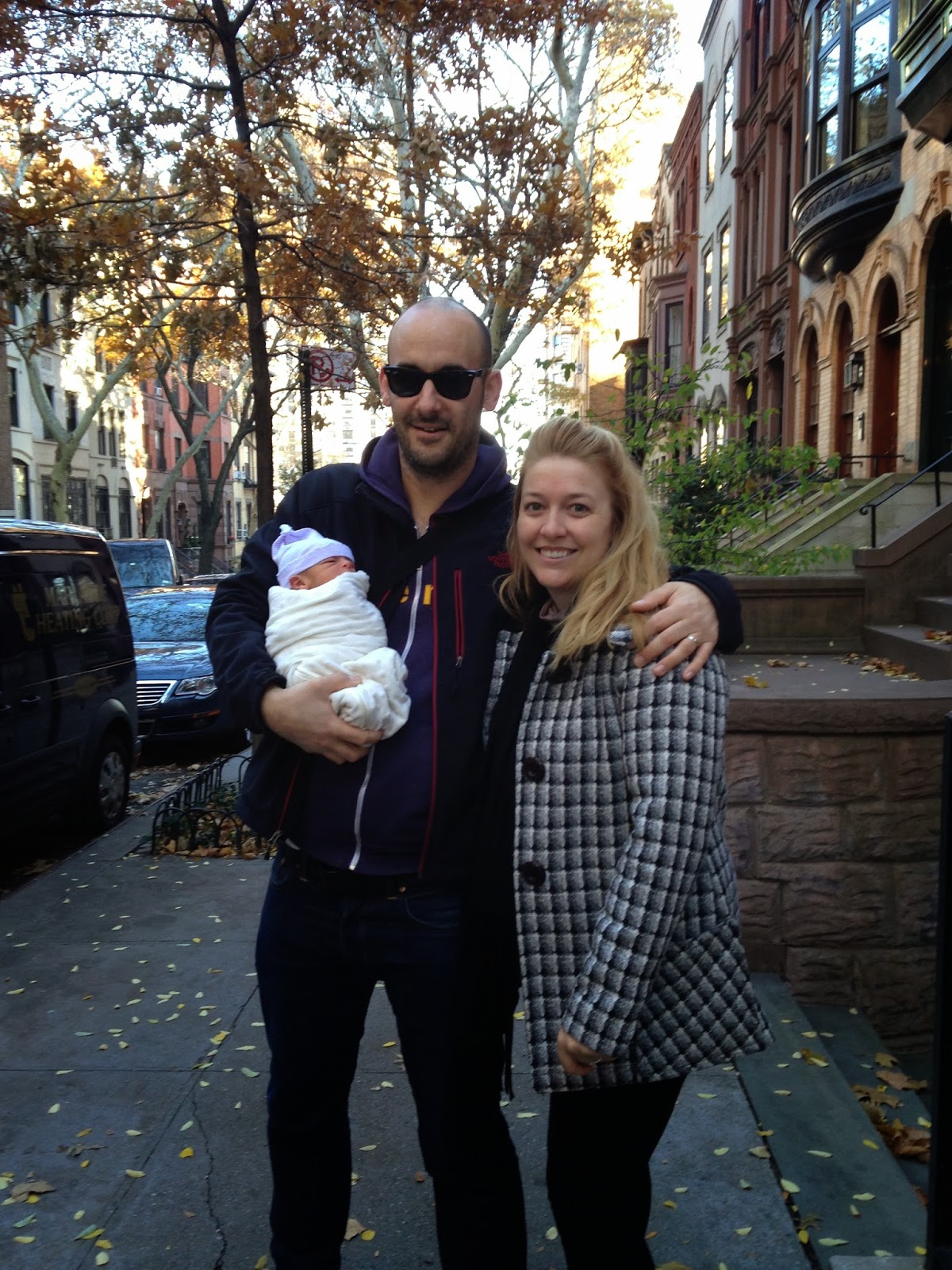 Glad we made it out for a family stroll before the crazy weather started though (and while my dad was still here to take pics). It snowed on G and I a bit this afternoon while we were out running errands! I wasn't wearing quite a warm enough coat, but Graham was perfectly snug in his stroller. 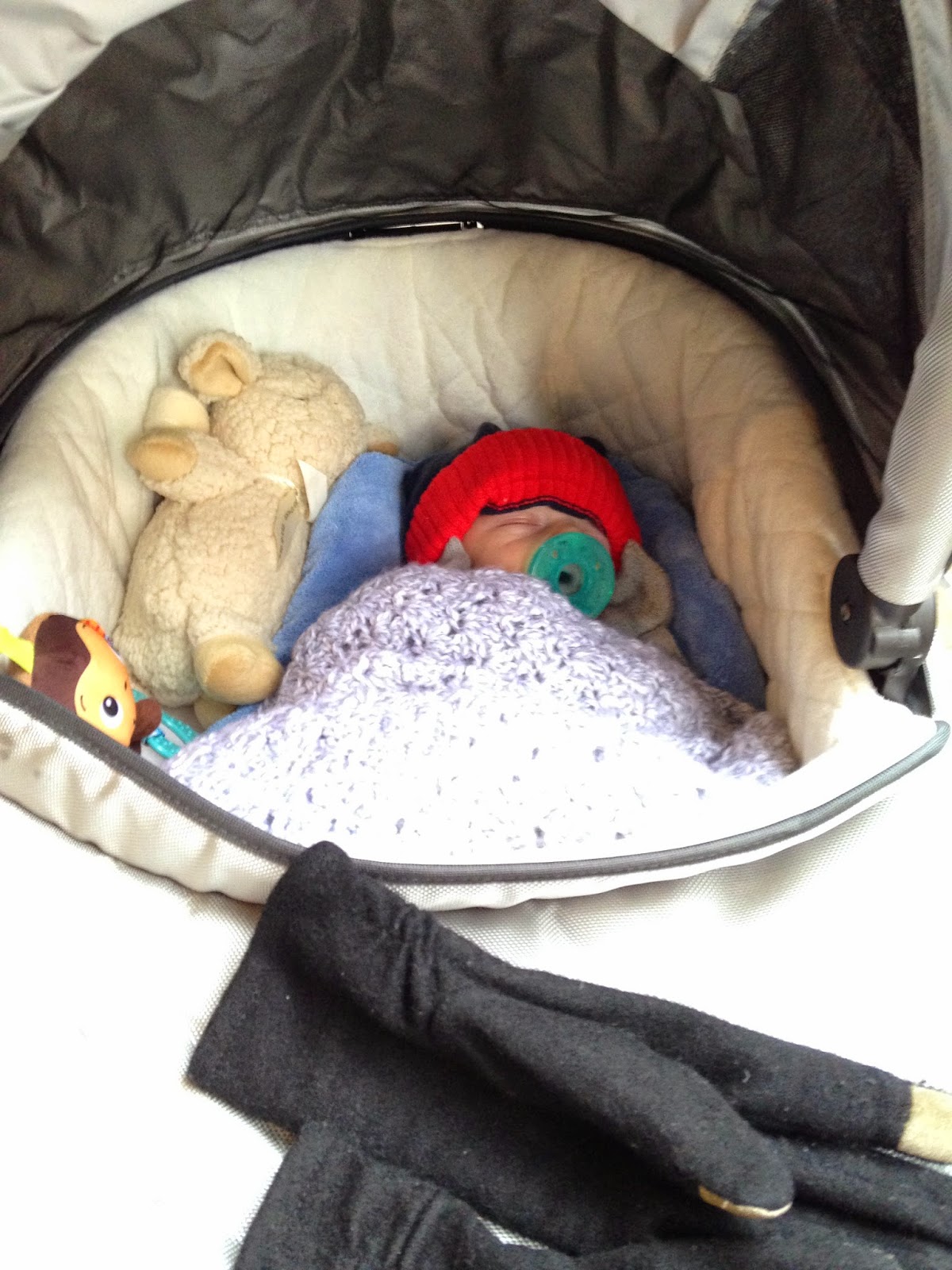 Now when I go out for walks though I usually wear him in a sling or a wrap.
It's much easier than navigating the stroller and he loves being tucked in so close. 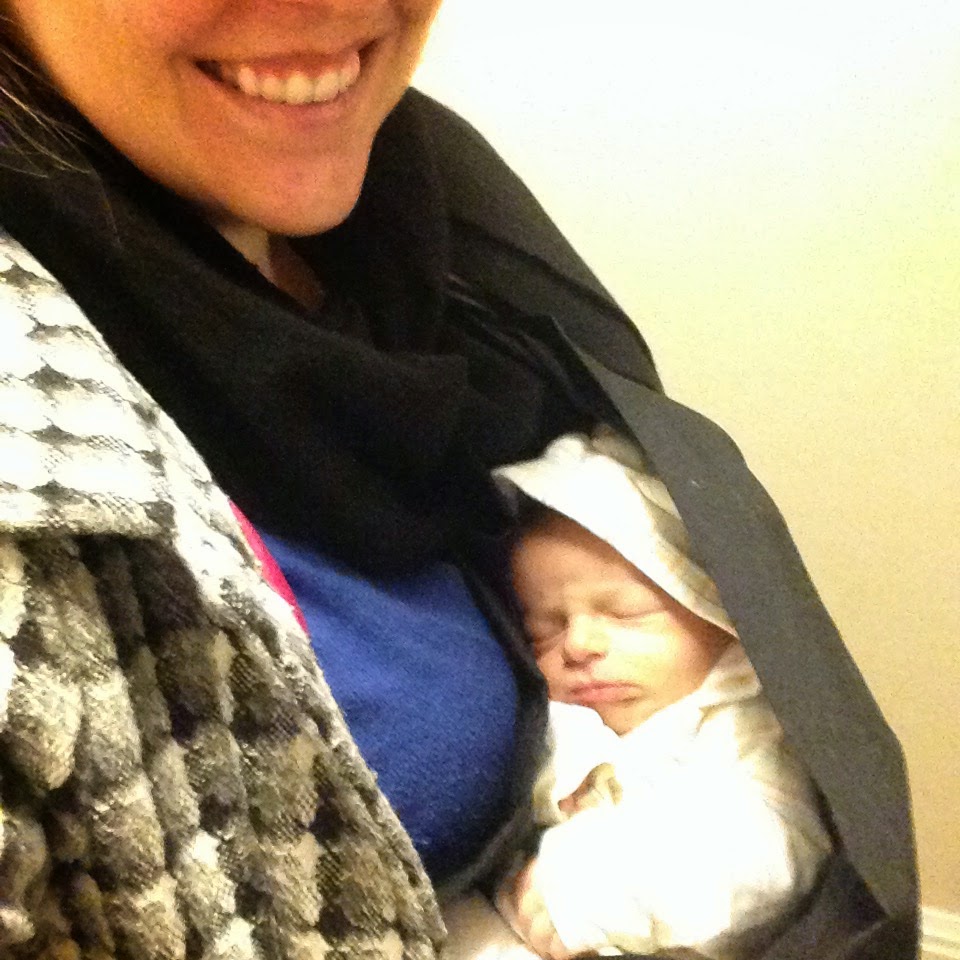