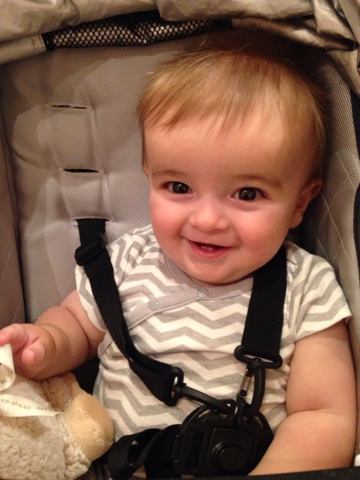 Happy boy is as smiley as ever!

This week brought a visit from Tante Leigh as well as several new food tastings. Now that Graham can sit safely in a highchair, it's much more fun to take him out to restaurants. So far, he's been very polite at all dining out occasions (yes, we know it's only a matter of time before a crazy embarrassing public meltdown, but we are enjoying the sweetnesss while it lasts!) and of course charms everyone in the place. Old ladies tend to be especially smitten. We discovered that he looooves toast; after giving him a piece at breakfast over the weekend and he gnawed happily on it for the entire meal. 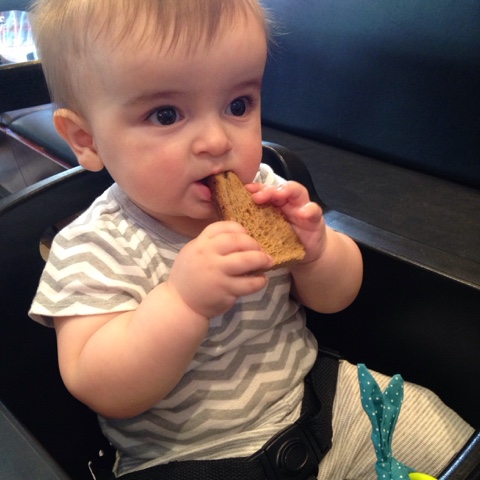 Bananas are still his favorite fruit, though he really likes eating them straight out of the peel rather than smushed up from a cup with a spoon. Since he doesn't have enough teeth to really get good bites, I've got to mush up the end anyway, but for some reason it's so much more enjoyable with the peel still attached. 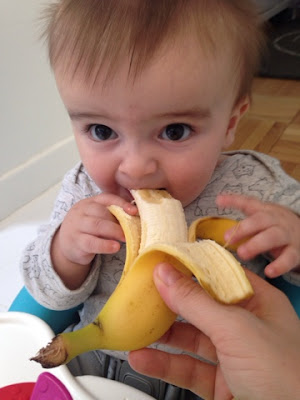 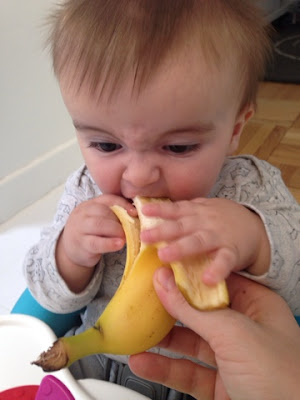 Low-key fathers day celebration on Sunday with dinner at home and plenty of nudie time for G. 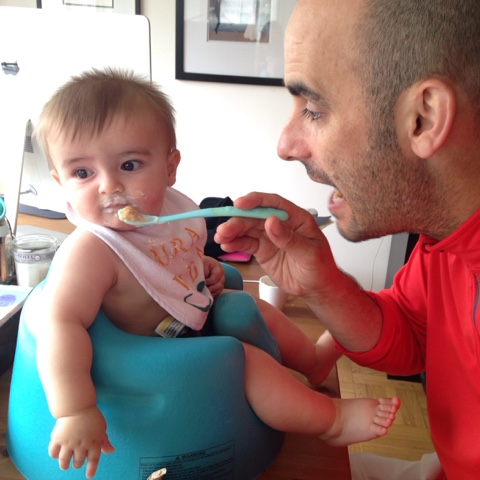 Still loving daycare, though he got to play hooky several days last week to hang with his aunt. 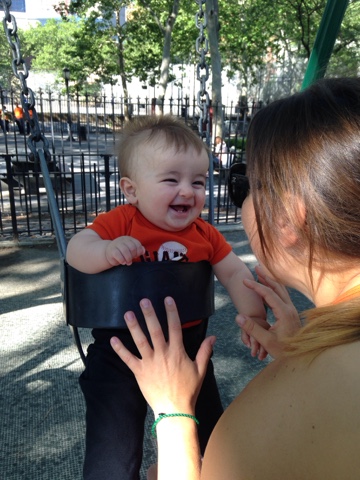 One of my favorite moments each day is when I show up to pick him up from Jellybean - he flashes me a giant grin and kicks his legs wildly in excitement. It makes my heart soar. Every. Single. Time. 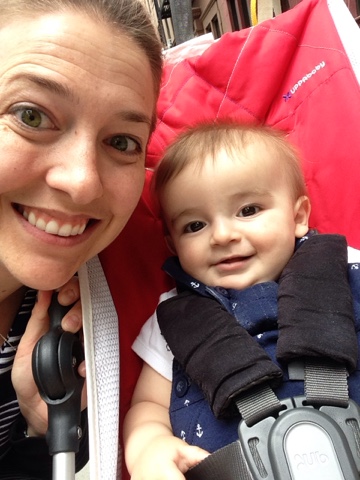 He looks like such a grown-up boy in this picture, it kills me.