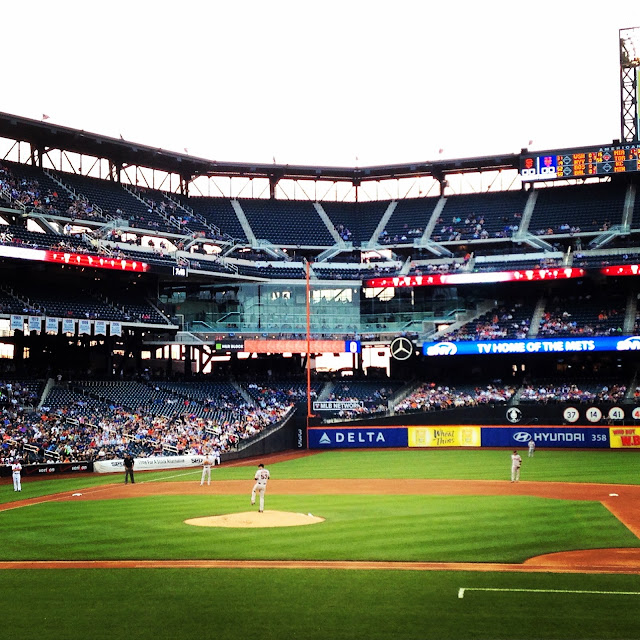 The Giants happened to be in town at the same time my dad was, so of course we had to hit a game. 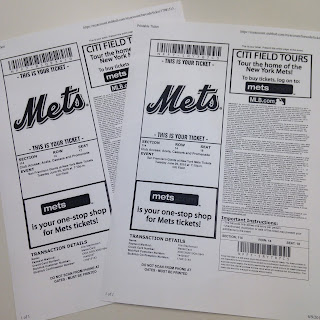 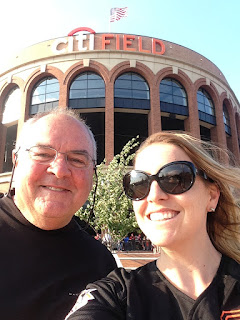 Pop scored us some awesome tickets on stubhub and off we went! 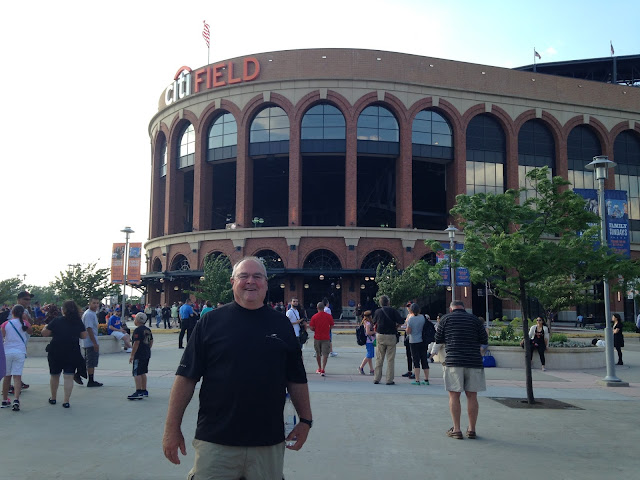 He was pretty stoked to take the subway out to Citifield. It's actually a really fun and easy way to get to a game, as the train stops directly in front of the stadium entrance. You only have to walk about 100 yards and you're at the field!  We arrived about an hour early, so we had time to wander around the stadium and take it all in. 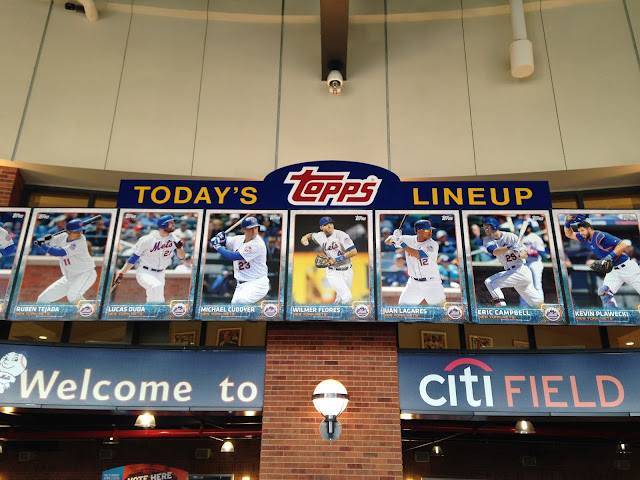 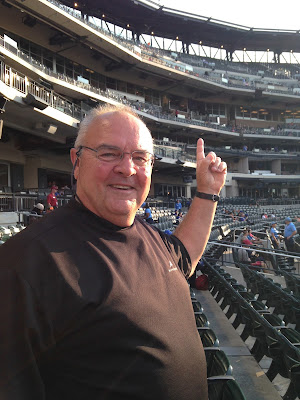 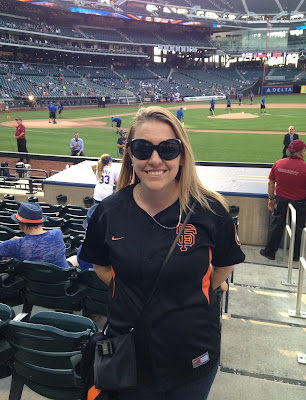 Our seats were even better than we expected, situated directly behind the Mets' dugout on the first base line, just 14 rows back (prime foul ball territory, as we would come to find out). Since the away team uses the third base dugout, we had a great view of all of the Giants dugout activity the entire game. We were also able to spot Mike in his booth and he even called Dad shortly before the game started to say he could see us, which of course caused us to jump around like buffoons waving at him. 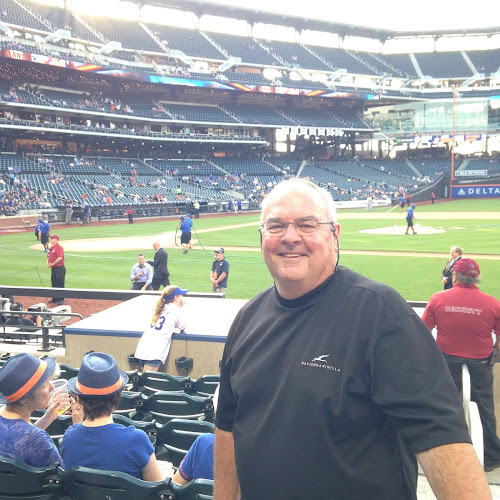 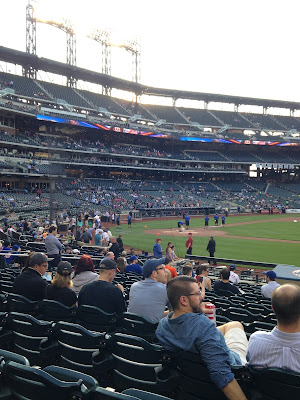 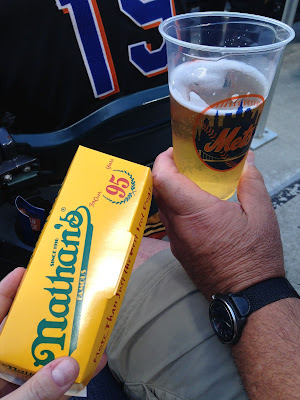 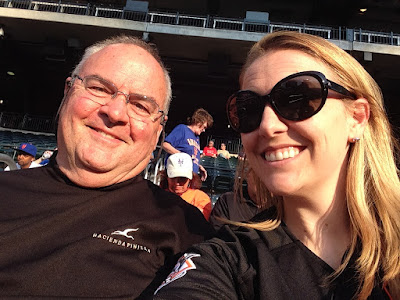 Enjoyed the requisite hotdog and beer in a plastic cup. The weather was amazing, it had been super warm during the day but cooled off quickly once the sun dipped below the stadium walls. Jennifer and Jarek were sitting just behind the Giants dugout in the visitors section, so we were able to see them from our seats and met up to say hi during the 7th inning stretch. Had to get back to our seats though because rookie pitcher Chris Heston was working on a no hitter and each inning the G-men were able to hold onto it got more and more exciting! He actually only allowed three baserunners the entire game - and all three of them made it to first from being hit by a pitch. Yes, he hit THREE batters. Yes, Dad kept yelling "Nuke Laloosh!" 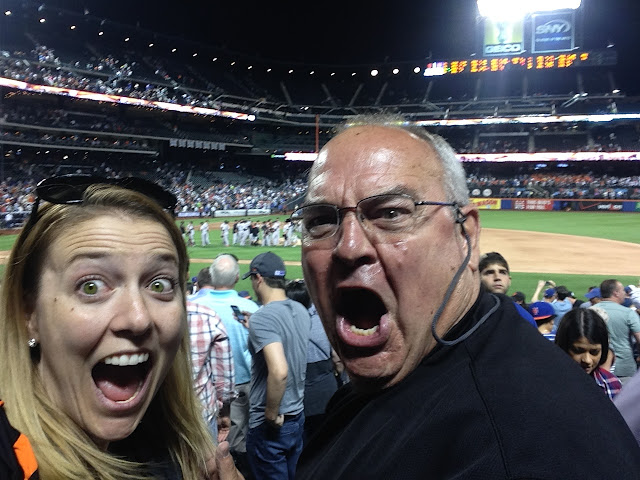 When it came down to the final out of the final inning, everyone was on their feet and cheering. There were actually quite a few Giants fans in our section, so the roar of the crowd was louder than I expected. When Hesto threw that final strike and caught the batter looking, people just went nuts. Mets fan are super nice, so they were nearly as excited as the Giants fans it seemed like. Buster ran out and scooped Heston into a hug, then the rest of the team circled in to mob him. So cool to see a no hitter in person. Witnessing history! 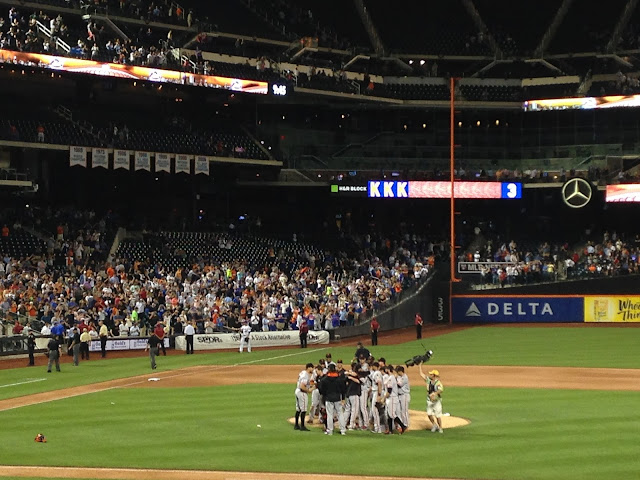 And cheering on our boys in orange from home: 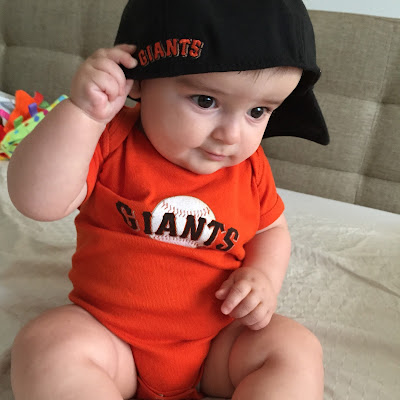 THE CUTEST GIANT EVER!