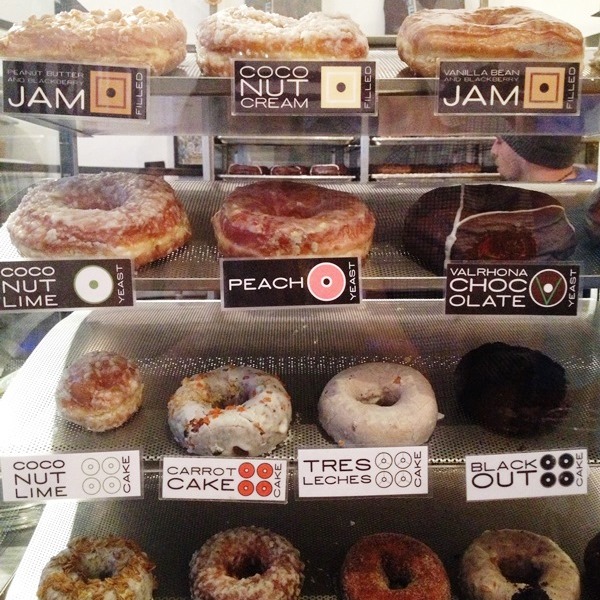 One evening when Tim was here we bought tickets to go see an improv show at UCB. We had some time before the show to snag something to eat and were lucky enough to stumble upon... Doughnut Plant NYC! 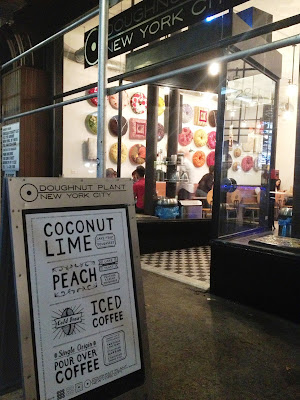 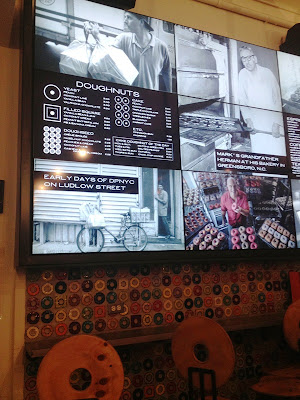 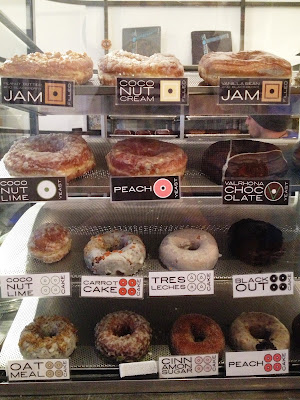 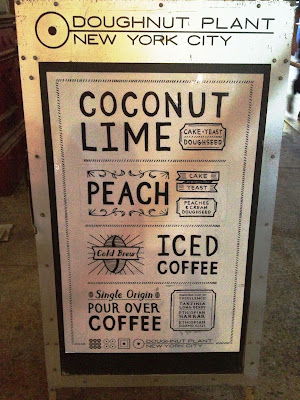 DP-NYC is a tiny little hole-in-the-wall tucked in beside the infamous Hotel Chelsea (which we popped into briefly, despite the place currently being closed for much-needed renovations, to see the one-time home of Bob Dylan, Iggy Pop, Patti Smith, Janis Joplin and many other artists...it was exactly as skeezy as you imagine).  The Doughnut Plant, however, was bright and cheerful and bustling. 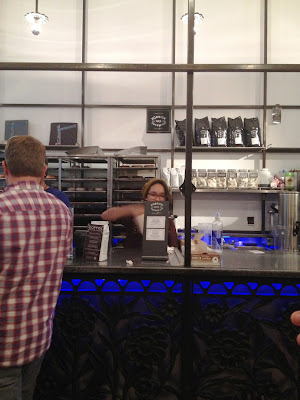 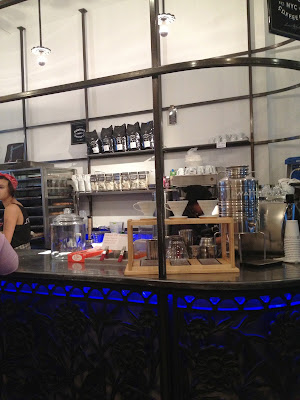 All of the walls were covered in these awesome doughnut pillows. 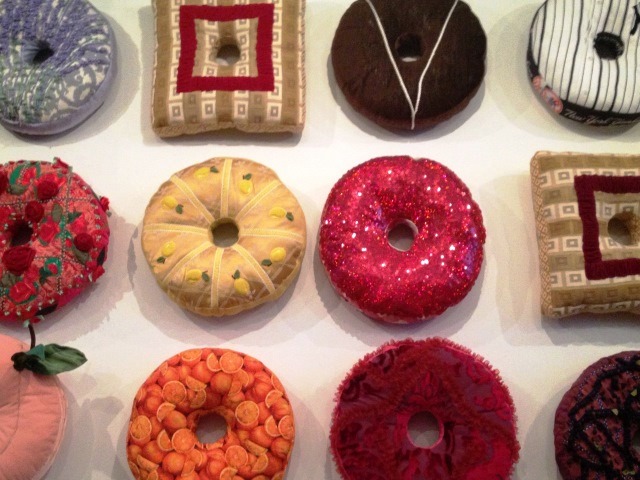 And the actual products were nearly as large. 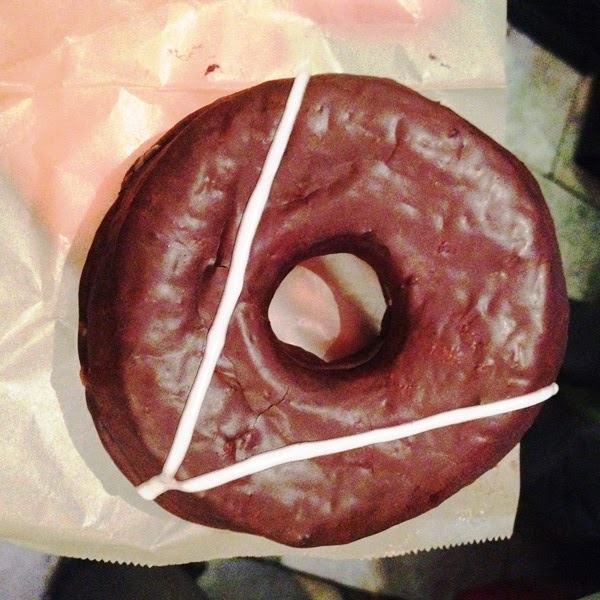 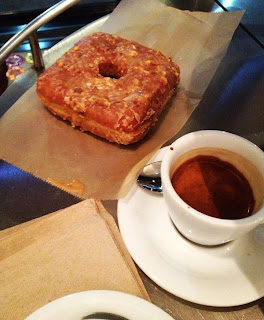 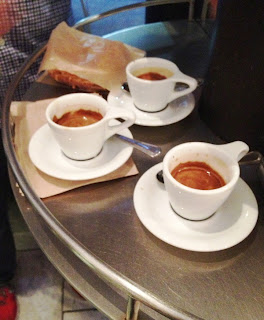 And now, for the world's most awesome bathroom: 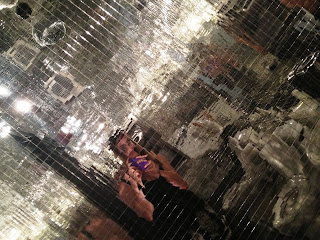 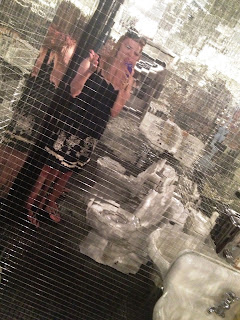 Entirely tiled in disco ball mirrors, including the ceiling. It was almost too distracting. 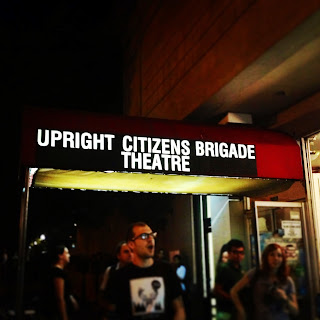 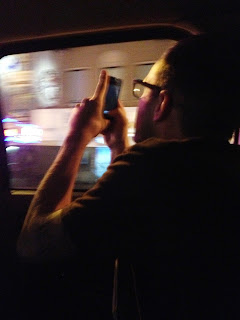 Then a show at UCB, just a few blocks away.  Doughnuts and improv.  Don't get no betta.
Posted by megidew at 6:52 PM