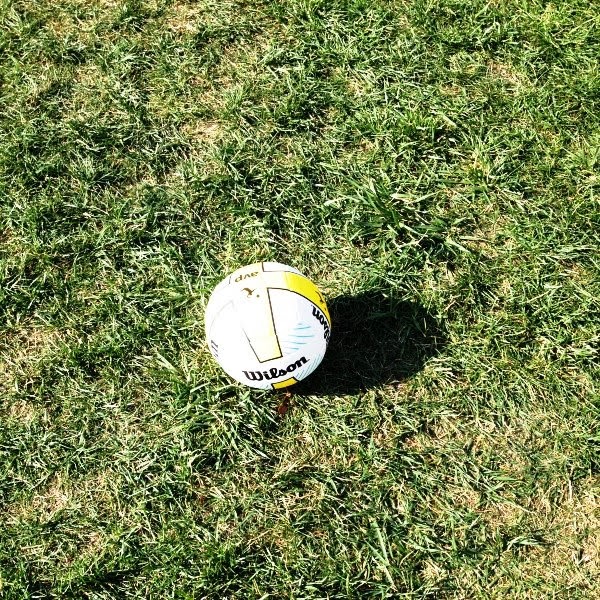 Played in a 4-person beach volleyball tournament over the weekend. Yes, my quads are killing me. 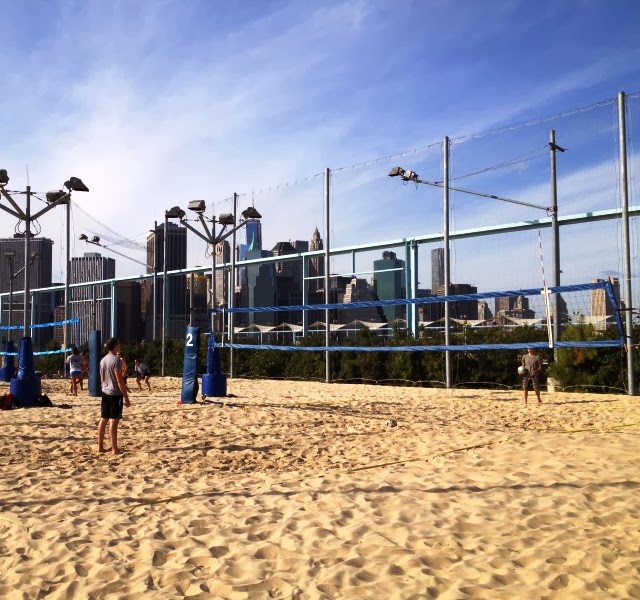 Early morning wake-up call to begin the trek allllll the way out to Brooklyn, and of course my trip there was not without mishap. First, all express trains were running on the local tracks, which significantly extended the ride. Boo. When I finally made it to Brooklyn, my phone took forever to find a signal again coming up out of the subway, so I had no map and no idea which direction to head.  Decided to be a total small-town-girl and ask a police man directions. He was very nice and happy to help...but 10 minutes later when my gps finally kicked back in, turns out he sent me in the completely wrong direction!  So I had to backtrack and was now dangerously close to being late.  The whole area of Brooklyn adjacent to the water is really pretty, but has quite a few dead ends, so I tried several different streets before a lady with a baby (always a safe person to turn to when lost!) pointed me toward a secret path between buildings down to the docks. Doesn't sound all that awful, but boy was I overwhelmed/winded/frazzled by the time I arrived. 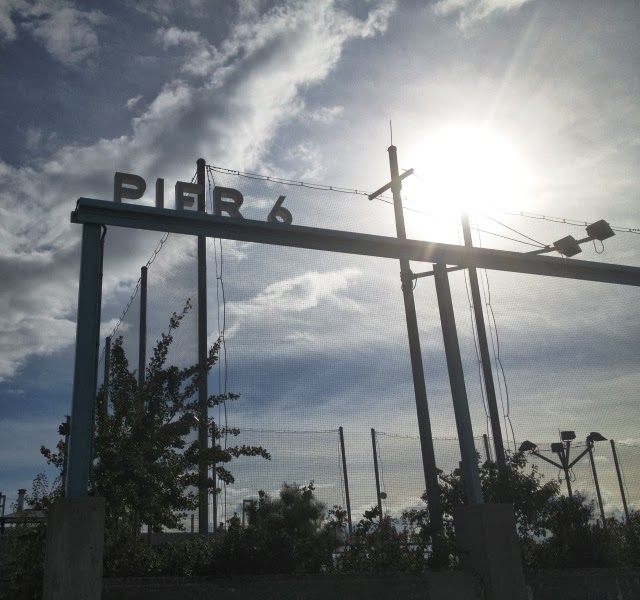 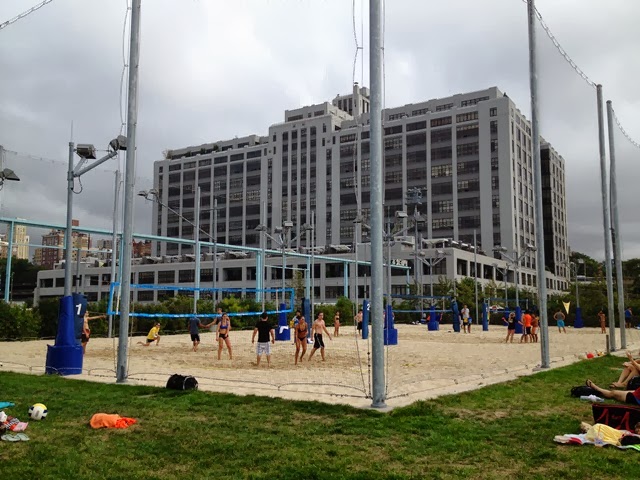 The old piers near Brooklyn Heights have recently been turned into state-of-the-art sports complexes, with soccer fields, volleyball courts and a ton of playgrounds.  Pier 6 has a row of 3 sand courts and an awesome little pub with a rooftop deck.  We were right on the water, looking back across the river at the Manhattan skyline and the view was spectacular. 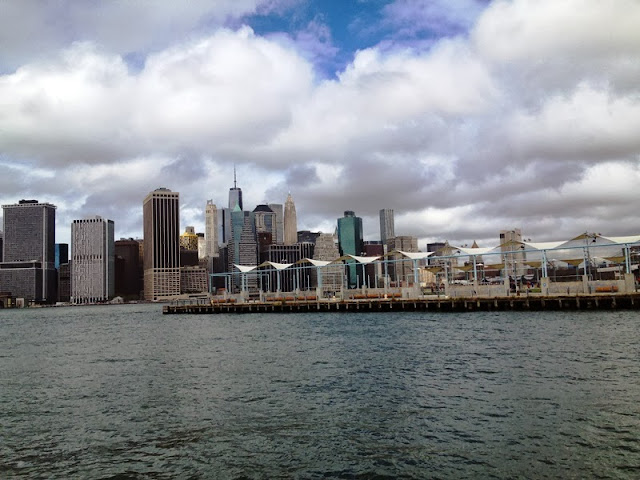 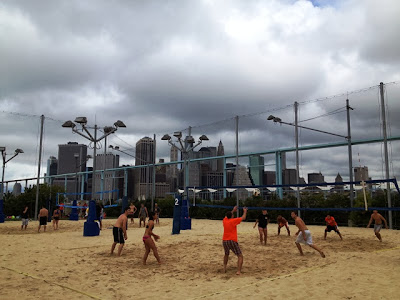 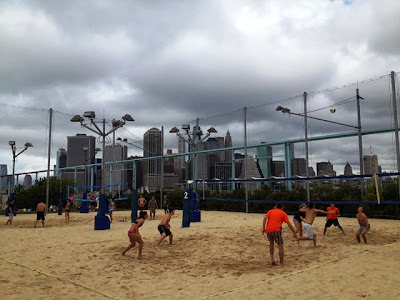 This is my teeeeeam!! Two dudes from my summer team and one from my fall team. Our little setup. Reminded me of club volleyball days. 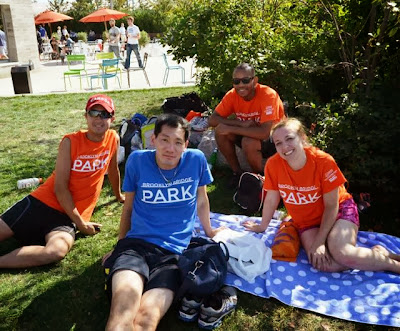 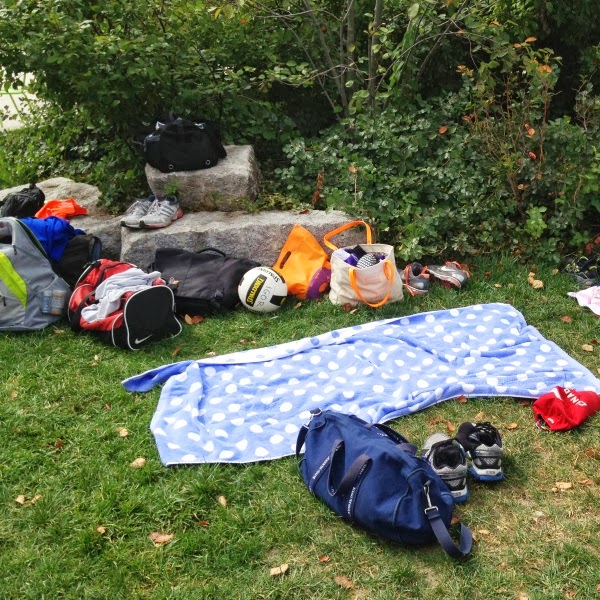 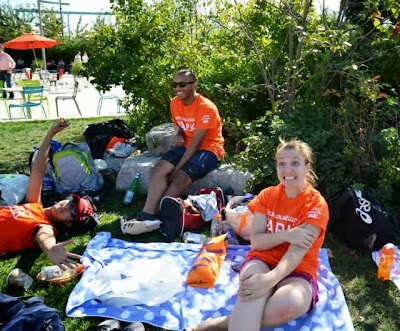 There were a lot of teams. It was a LONG day. 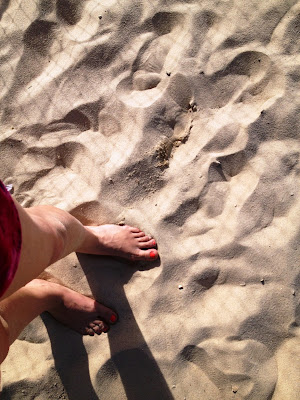 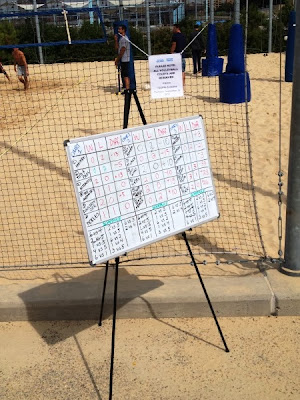 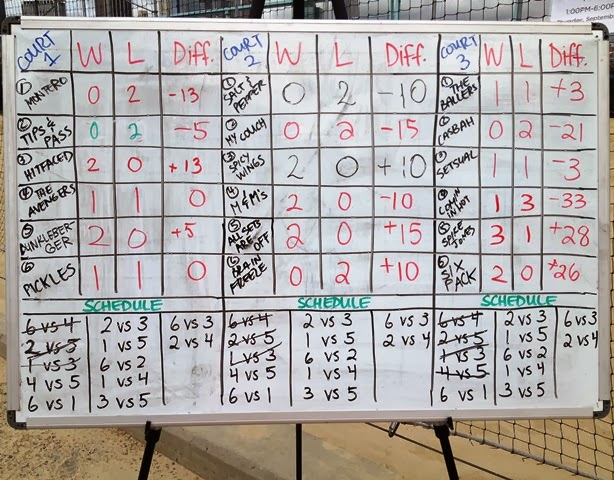 We only got one action shot of our team all day: 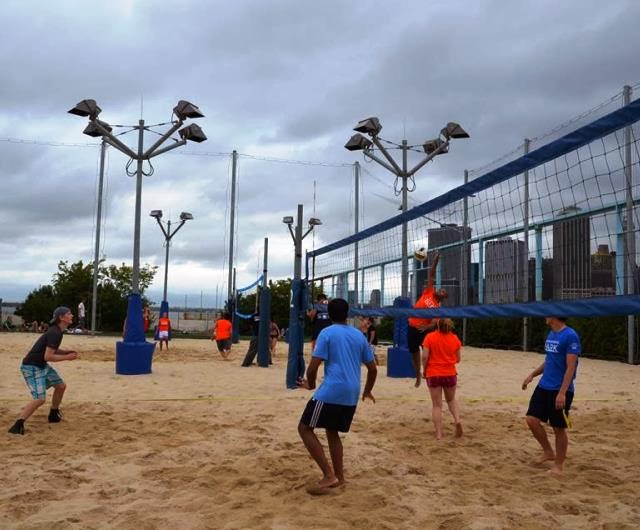 Ultimately got our butts kicked, but it was a really fun day. 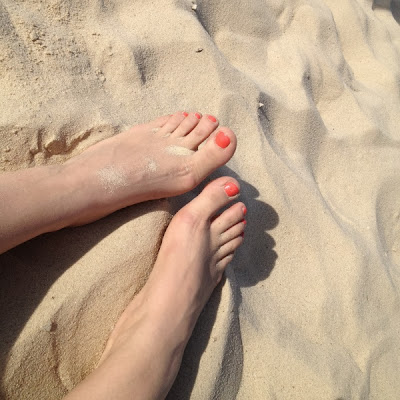 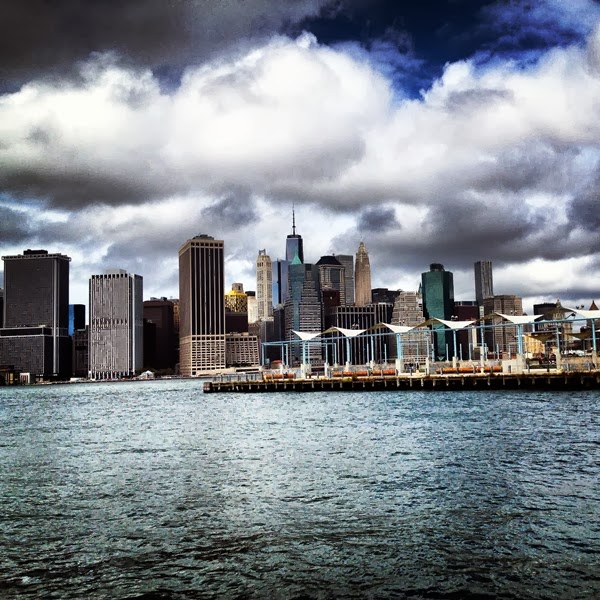