Dangit, have I posted one of these on time in a while? It's been a crazy busy couple of weeks and last week was no exception. Actually, last week was THE WORST we've experienced in a while. And in some ways it was also the best - hit some cool milestones! Poor kid was hit with a triple whammie - shots on Tuesday caused him to spike a fever for the next few days PLUS his first tooth finally popped through PLUS mom and dad both had insane work weeks so were super stressed about having to leave to pick up little widget early from school on two different days. Just a rough week all around. But we survived our first major illness! And we've got a new tooth to brag about! 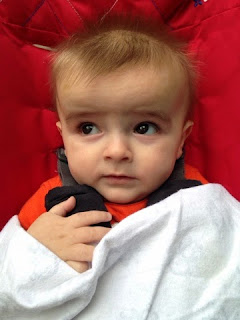 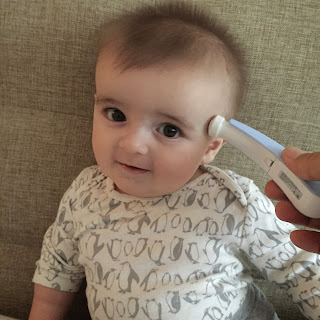 Our usually chipper boy was super sad coming home from Jellybean on Wednesday; no kicking his legs in the stroller or trying to wriggle out from under the blanket I placed over him for our short walk home. He even held still to have his temperature taken (temporal version only shown here), and rarely ever do we have still moments. Poor kid was boiling hot for several days, longer even than the doctor expected, but we monitored it closely and he was feeling well enough by the weekend to rally for brunch on Sunday. A true New Yorker. 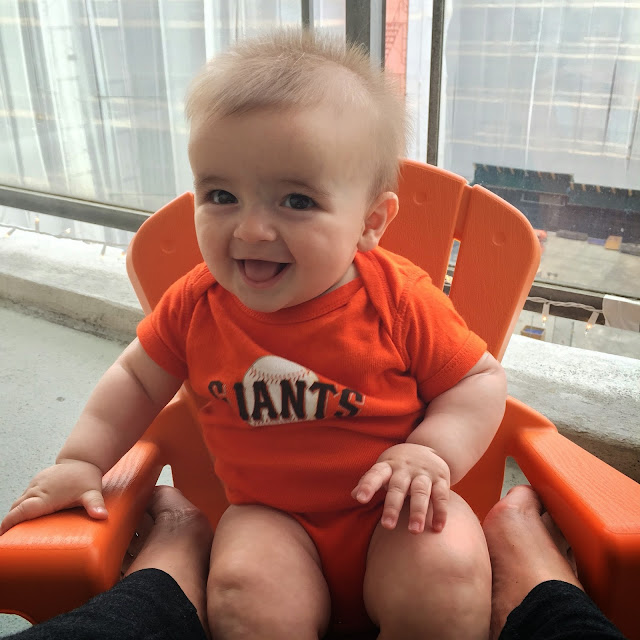 Back to my normal smiley self. 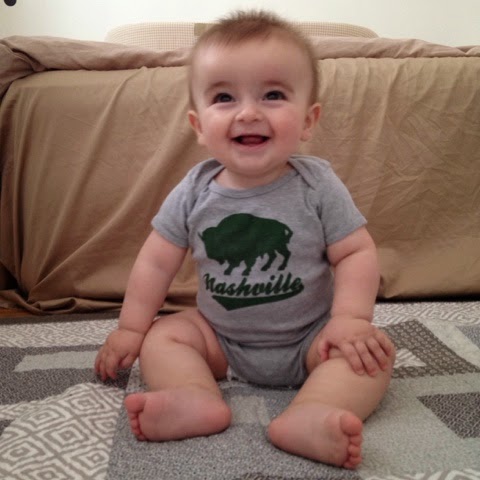 Very excited about my new tooth! 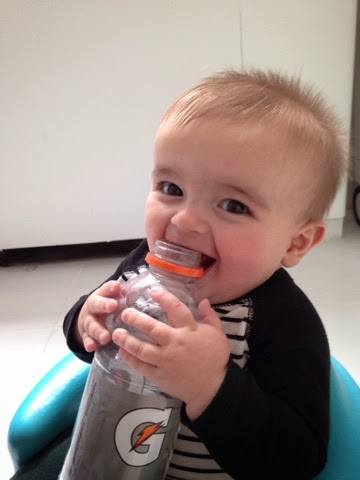 Another one is still working it's way out, so chew chew chewing on everything. 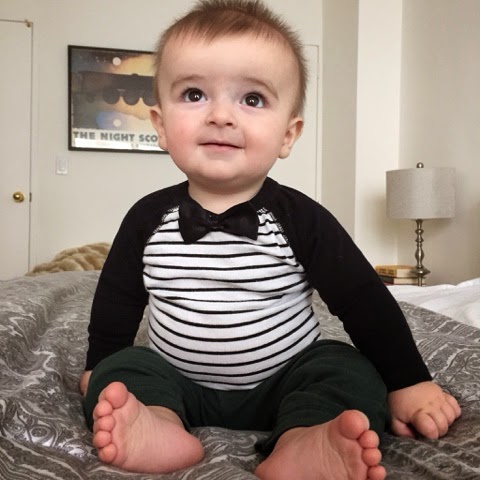 Crossing our fingers for a much calmer week! 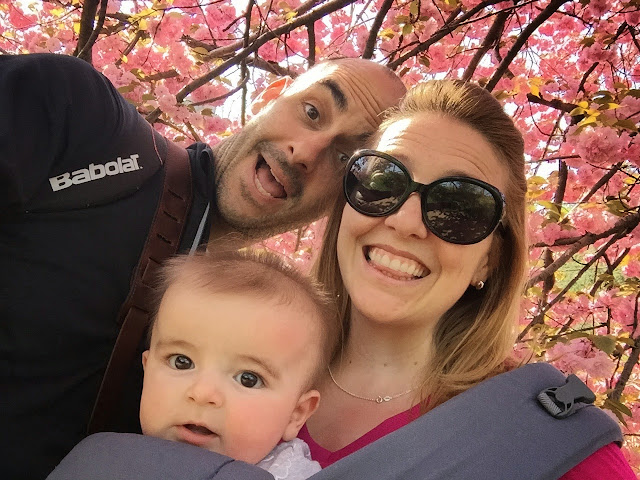