Yesterday afternoon, one of my new colleagues offered up a pair of ballet tickets to anyone who might be interested and able to see a show that same evening. The tickets had been provided by a client, but she was no longer able to attend and did not want them to go to waste.  Free tickets to anything at Lincoln Center? Sign me up! Not wanting to appear ravenous, I waited a good 20  minutes before responding to inquire if they were still up for grabs. Luck was on my side - they were still available and all mine!

Dave and I both work in midtown, so it was super easy to catch the 1-2-3 (red line!) up the west side to Lincoln Center.  Snagged the tickets from the box office with no problem (orchestra seats!!) and had plenty of time to wander around the plaza before the show and take lots of silly pictures. As per usual. 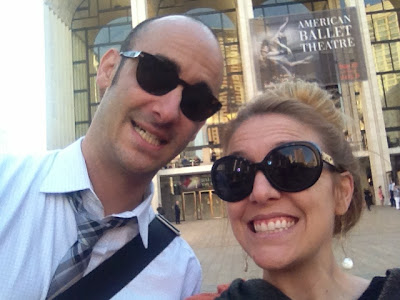 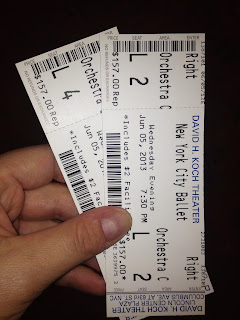 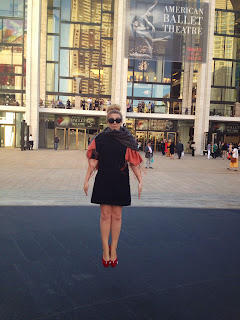 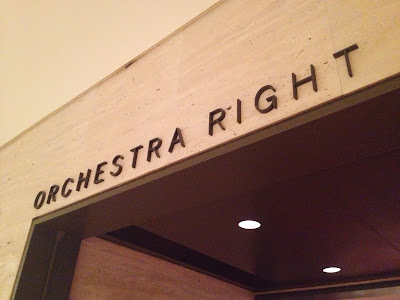 As we headed inside, we began to realize just how fantastic these seats were.  Just 12 rows back, right side of the orchestra, on the aisle with a perfect view of the stage.  The David Koch Theater at Lincoln Center is really quite striking.  It's one of those places I imagine is described as "not a bad seat in the house."  Though our seats were definitely better than yours. 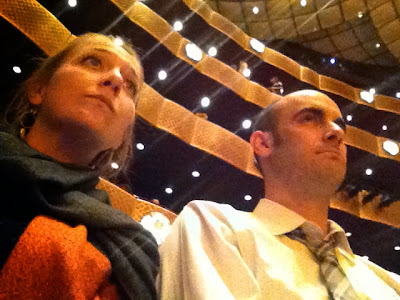 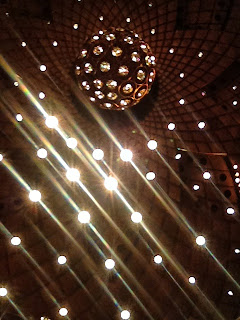 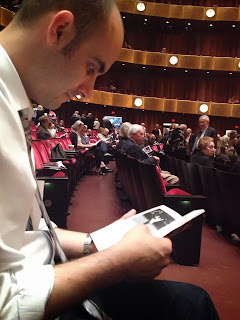 First intermission (yes, there were two) caught us completely by surprise. As the lights came up after just thirty minutes and people began streaming out of the auditorium, we turned to each other with raised eyebrows and quietly tried to dertermine if it was over after just half an hour?? A quick glance at the program (duh) revealed that it wasn't, but that there were actually two pauses breaking up the four vignettes (show, pause, show show, pause, show), rather than a split in the middle. We (and by "we" I of course mean "me") were too nervous to leave our seats during the first break, so we just stayed put, admired the grand discoball ceiling and read up on the upcoming performances. 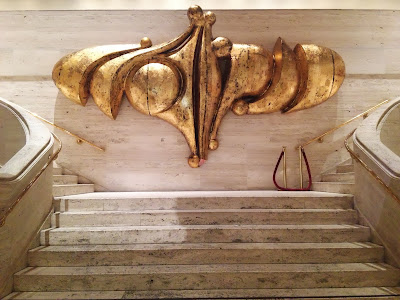 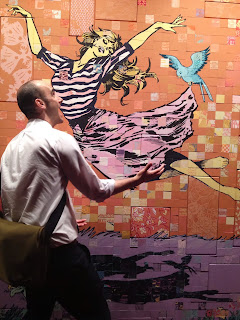 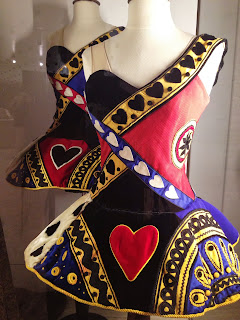 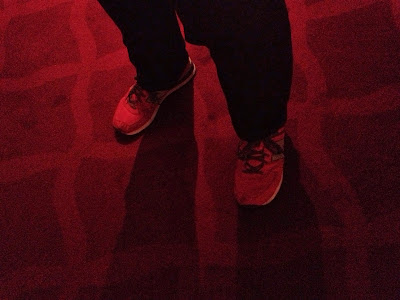 Second Intermission! This one we were ready for. We walked all around the lobby, admired the costumes on display (Meg) and bought a brownie (Dave). With our noses held high, we discussed literature and the upcoming Shakespeare in the Park Festival and generally felt quite highbrow. Until we decided it was absolutely necessary to take action photos with the artwork of course. 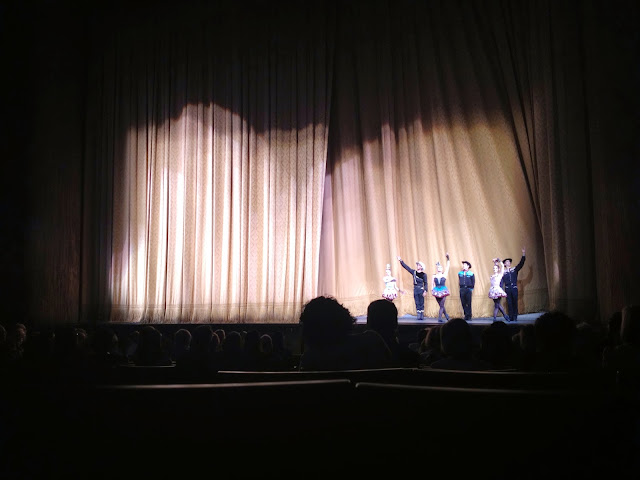 "It was so good I almost peed my pants!" 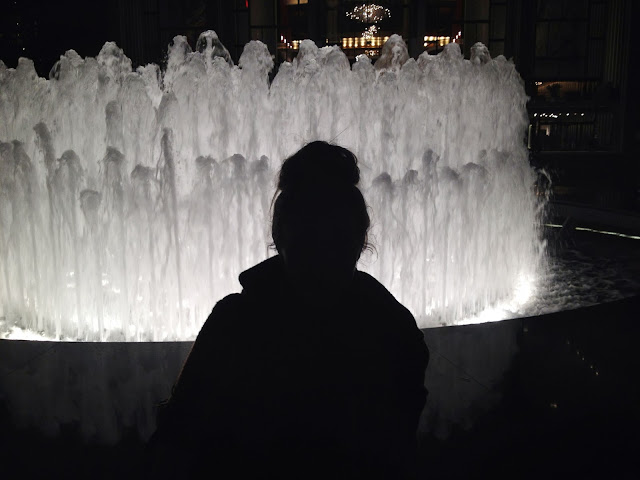