Discovered my first Sing For Hope Piano over the weekend!  Sing For Hope is a musical fundraising and community outreach program started just a few years ago. Their largest project is an annual interactive piano art project. For the first two weeks of June, there are 88 pianos (get it?!) scattered around the city, each of which has been decorated by a different New York City artist or team. Passersby are encouraged to tinkle the keys, bringing music to the community. 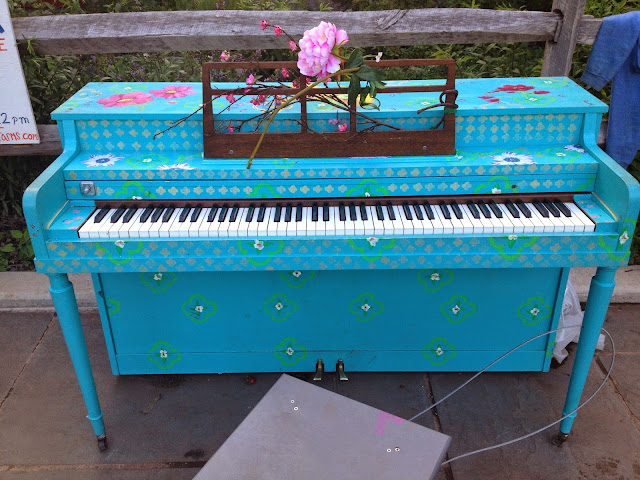 We spotted this beauty during our walkabout in Brooklyn, at Washington Park near the J.J. Byrne Playground. 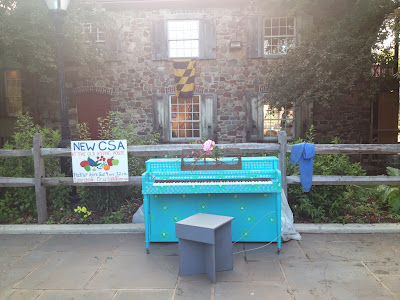 It was parked directly in front of a cool, old stone house which turned out to be called... The Old Stone House. 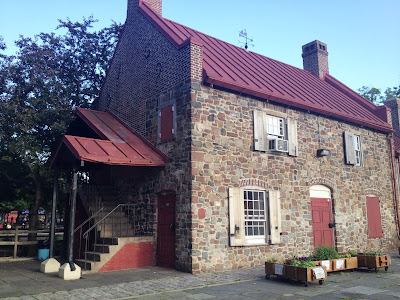 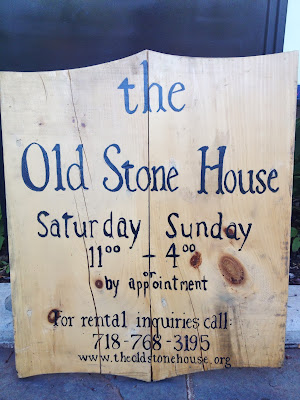 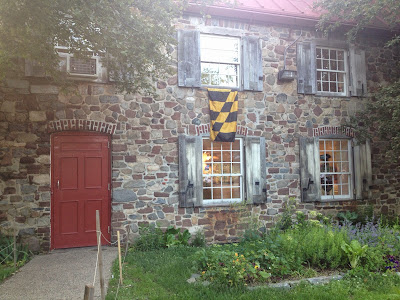 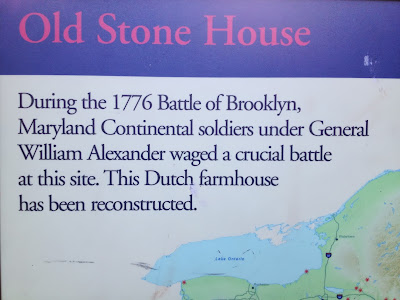 When we walked up, there was a gentleman playing something wicked fast, with his toddler daughter perched right there on his lap, watching his fingers fly with awe. Wish I'd gotten a photo with her as well (she's hidden behind him in the shot below), but I was trying not to be a total creeper on their little moment together. 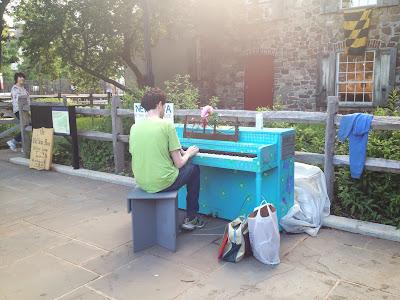 Here's a look back at the park, from standing next to the house. You can see the dude seated at the piano to the right, just in front of the fence. Great park! 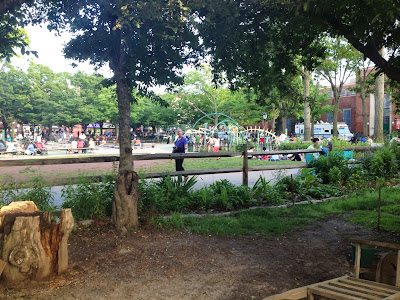 This Sunday, June 16th, all of the pianos will be gathered up and brought together for one last viewing hurrah, before they move on to their final resting places at various public schools throughout New York City. Hoping I'll have a chance to stop by and peek at those I didn't get to see out in the wild!
Posted by megidew at 12:00 PM