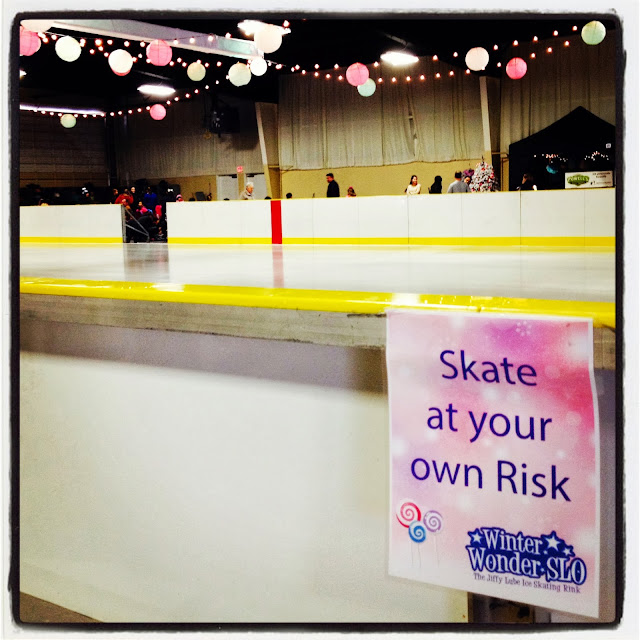 Each year at Christmas my dad likes to plan a Super Secret Outing, which involves extensive planning and giddy excitement on his end, a number of teasing hints being dropped at all those not "in the know" [read: everybody] and plenty of creative speculation. (And occasionally insufficient information being provided to everyone else on what's necessary to bring with us to the surprise event.) 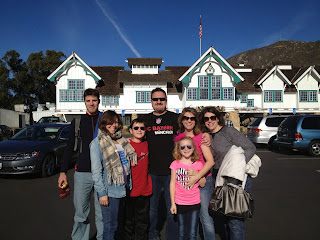 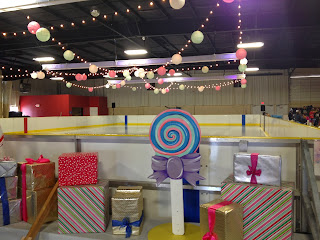 ICE SKATING turned out to be this year's adventure, at the Madonna Inn in SLO, and the insufficient info
technically wasn't Dad's fault, since he had no idea it would be THAT freezing inside the place.
Good thing we had Auntie Jeanne to rush north and bring us all extra layers of coats, scarves and sweaters! 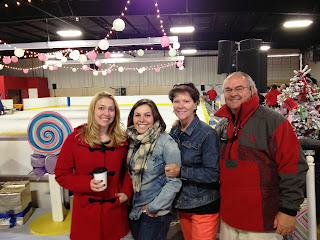 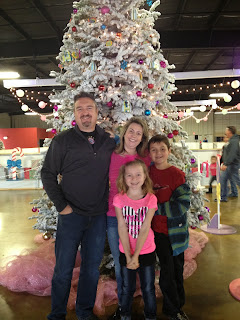 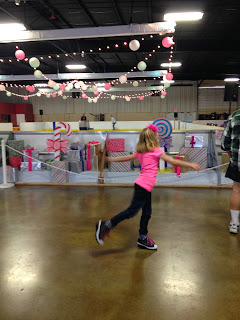 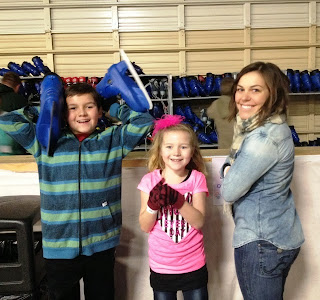 Everybody line up for (stinky) (used) skates! 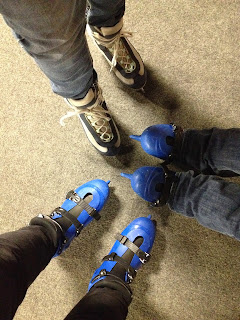 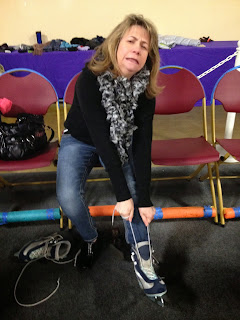 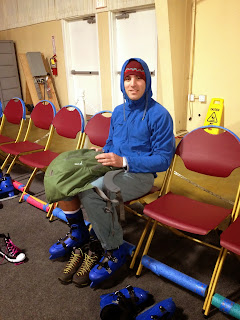 (some more than others) 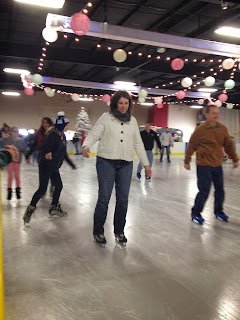 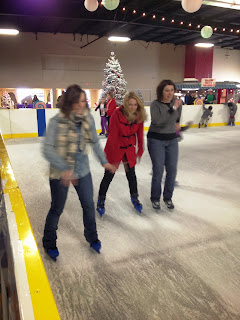 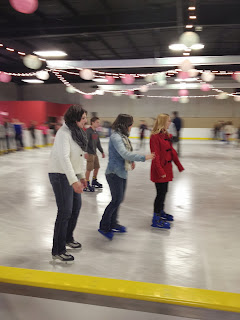 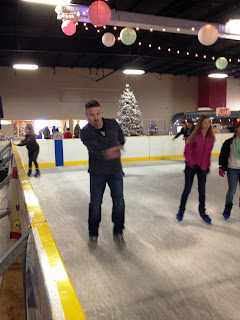 Taking a breather (about 15 minutes in - skating is hard work!). 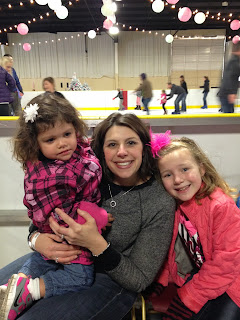 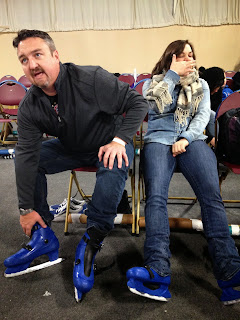 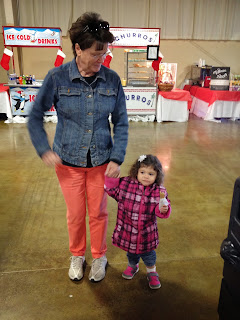 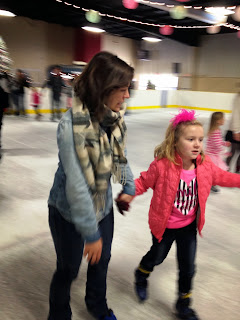 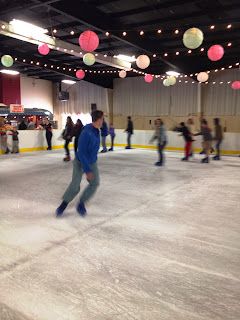 Then - shockingly painful to watch, probably even more painful to experience,
certainly not suitable for young audiences,
we were suddenly thrust into...
The Ice Rink Incident. 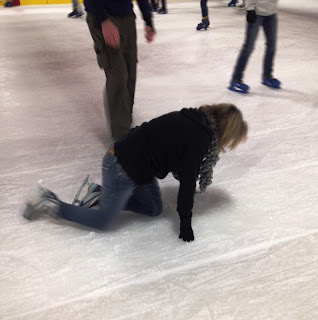 And for once in his life, Kris was not the victim! 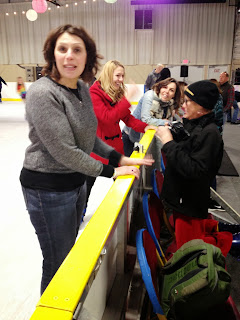 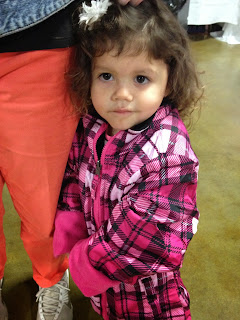 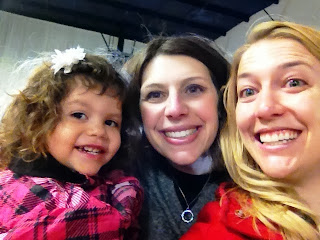 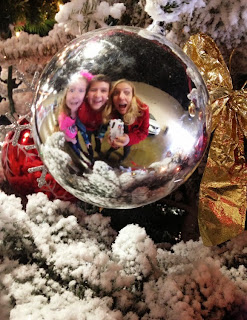 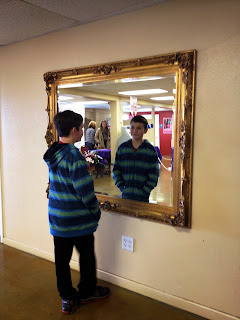 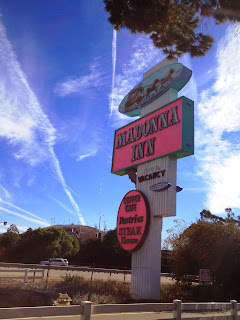 Though our ankles were sore something nasty the next day, we all had a blast. Thanks for a fun outing, dad!
Posted by megidew at 11:29 AM