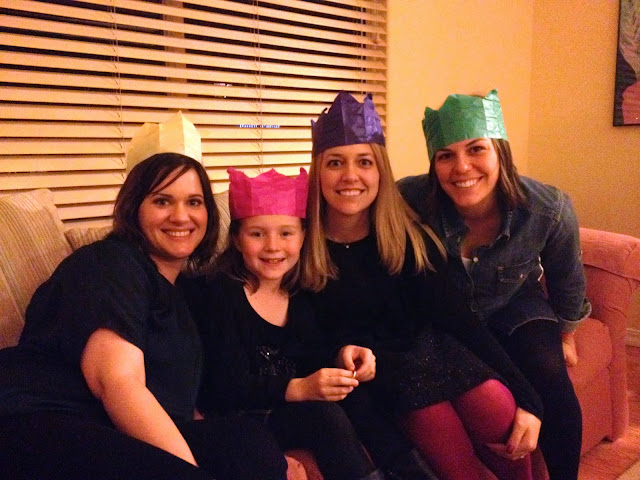 Spent Christmas Eve up in San Luis Obispo with our dear friends and gracious hosts the Tuculet Family.  They have hosted us the past several years on Christmas Eve, and always provide a beautiful spread of food as well as games and entertainment.  Last year, they wrestled up an old video the four of us girls created when we were little, with yours truly filling the cheesy starring role and bossing the others around as much as they would let me. DVC would burst out laughing at random intervals for a week straight afterwards, whenever he'd remember another line I delivered with passion.  Thankfully, no videos from my chubby childhood popped up this year... 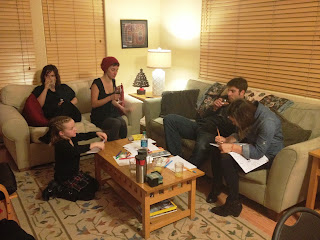 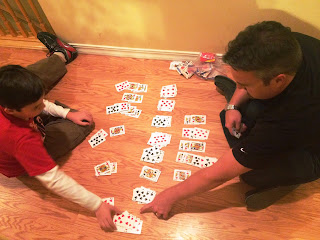 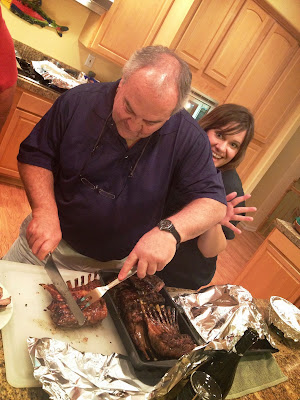 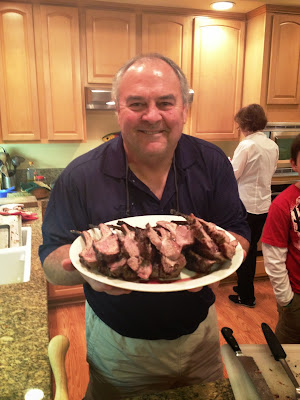 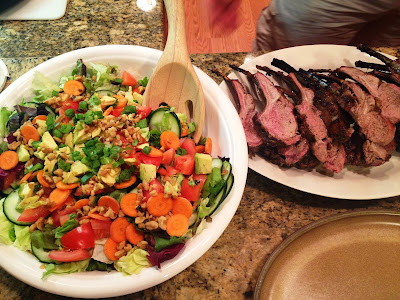 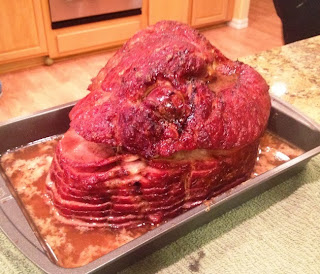 Plus a honey baked ham for good measure!
Hunter, possibly the world's hungriest carnivore, was very happy with the spread. 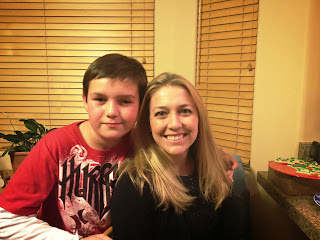 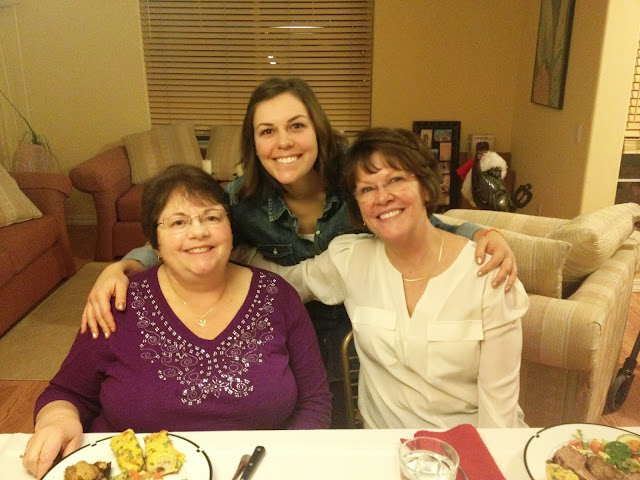 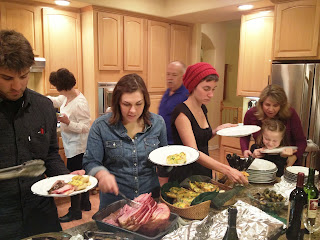 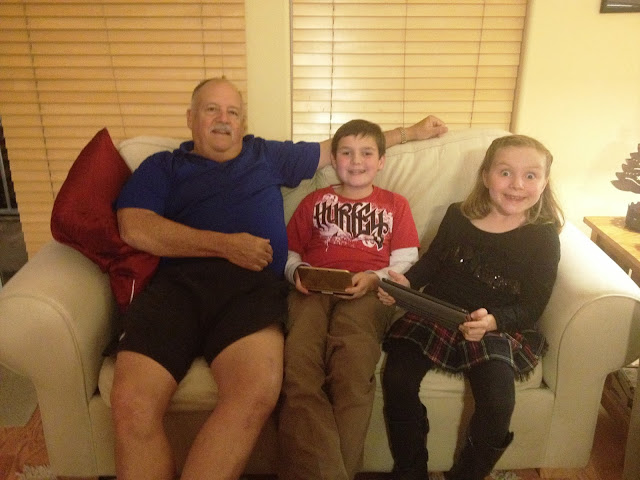 A favorite after-dinner tradition - party poppers!
All of which come with brightly colored paper crowns which must be worn the remainder of the evening. 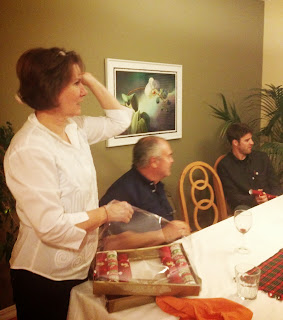 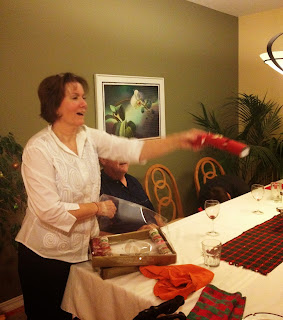 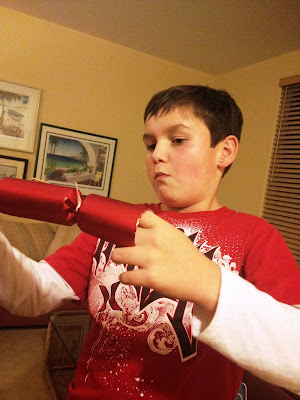 This year's entertainment - a rousing game of Mafia (is that what we decided to call it? there was definitely some debate).  Brian narrated the role playing show and colorfully described the murderous effects of the mafia as they reeked havoc on the poor townspeople round after round. Many a finger was pointed and many a friend betrayed.  Careful who you vote out.  They just might be your guardian angel slash friendly neighborhood detective. 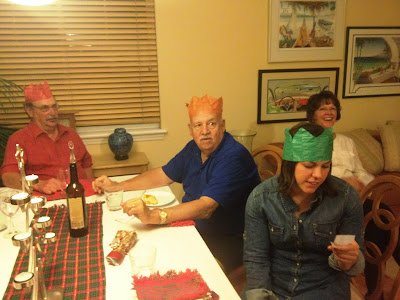 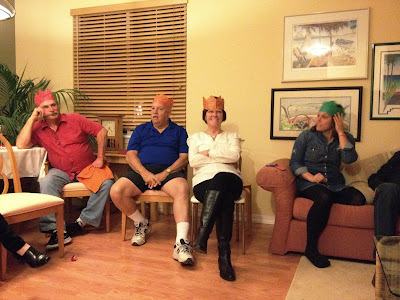 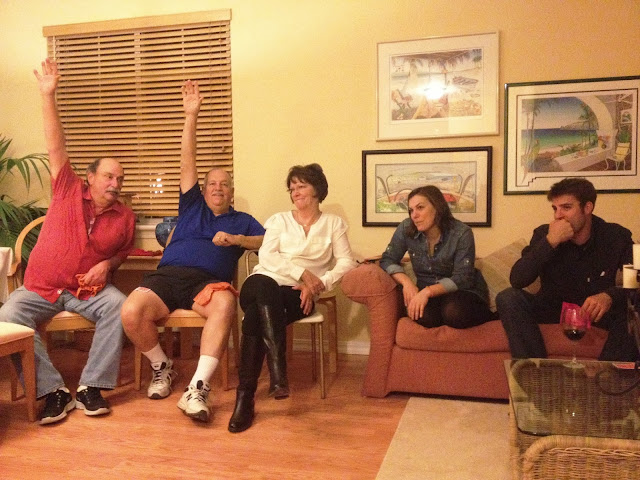 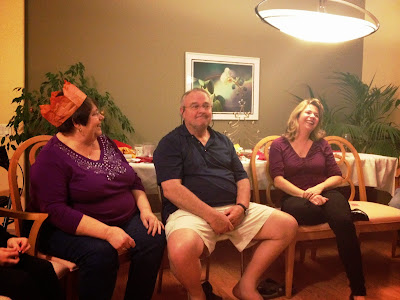 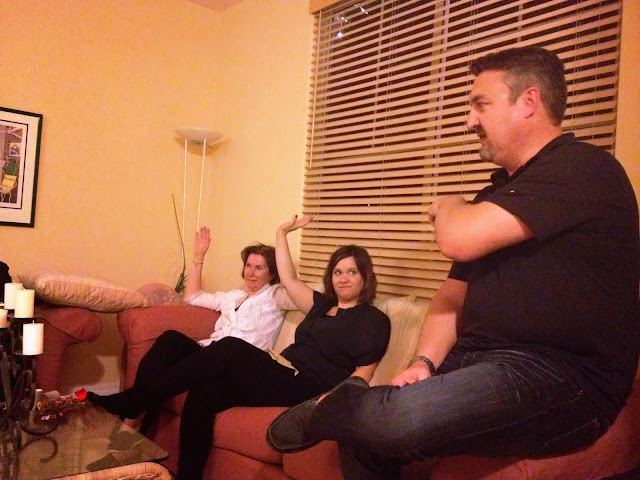