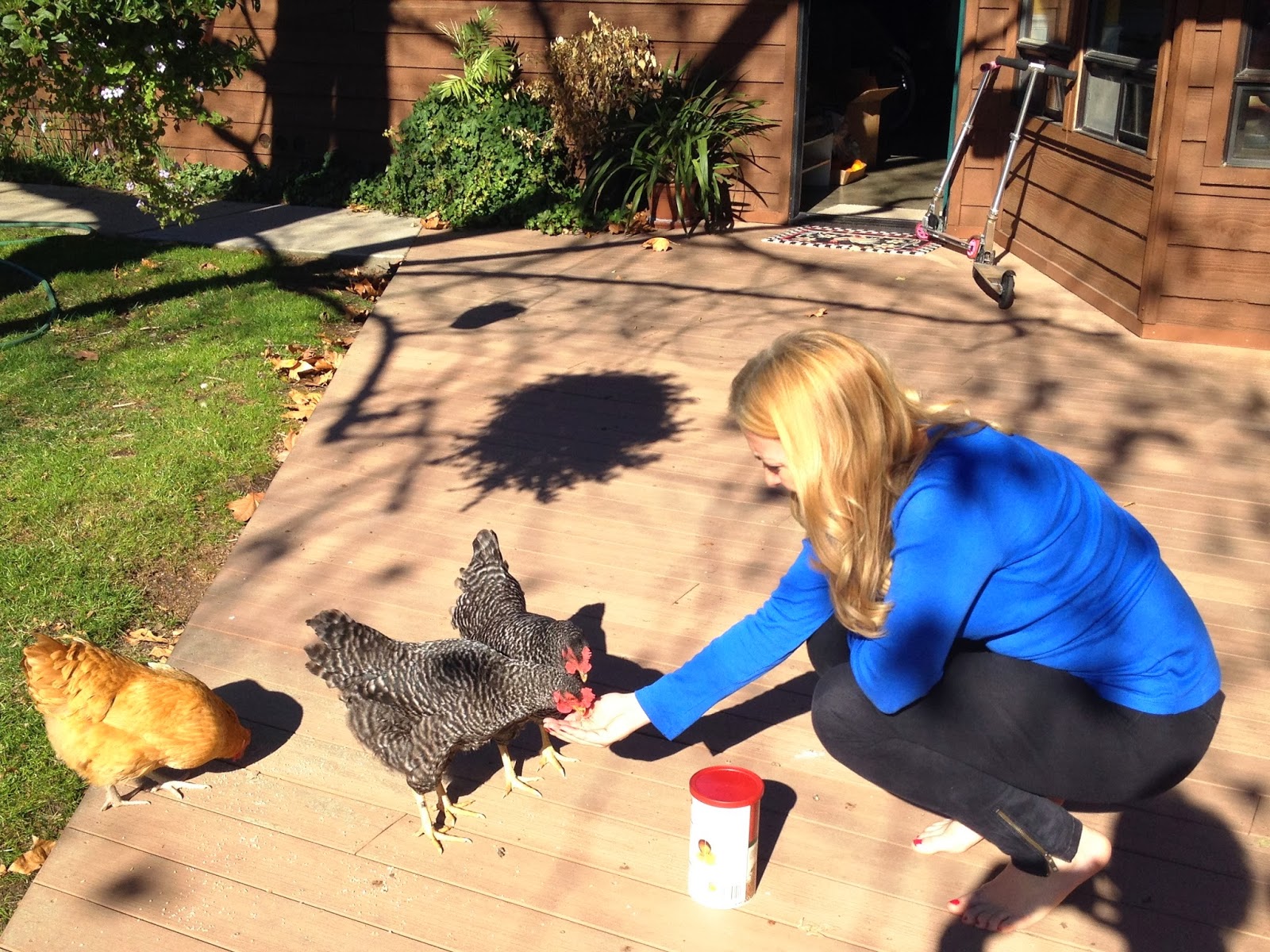 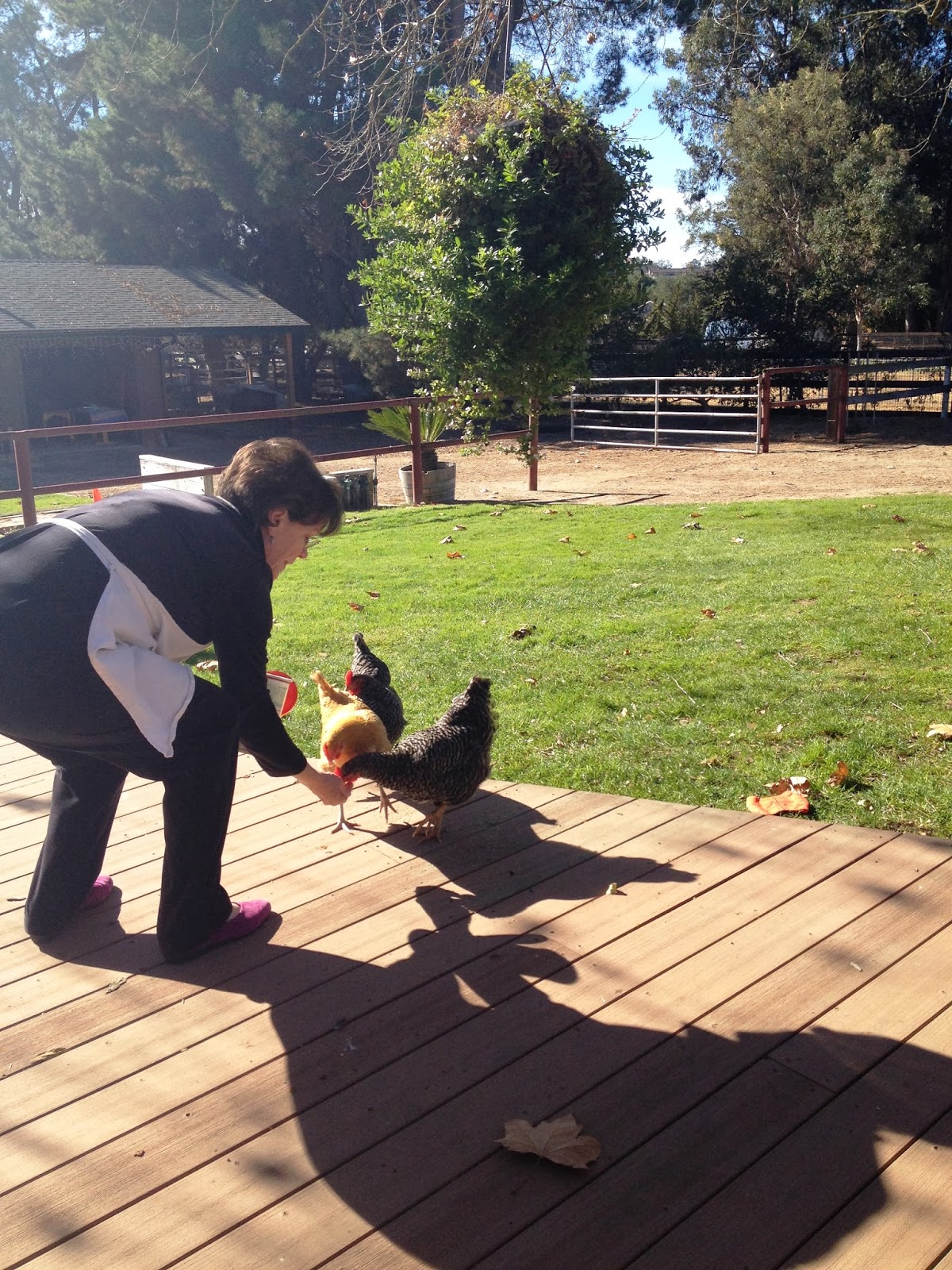 A terrific start to Christmas, all is calm, all is bright.  Until the neighbor's dog crashes the party... 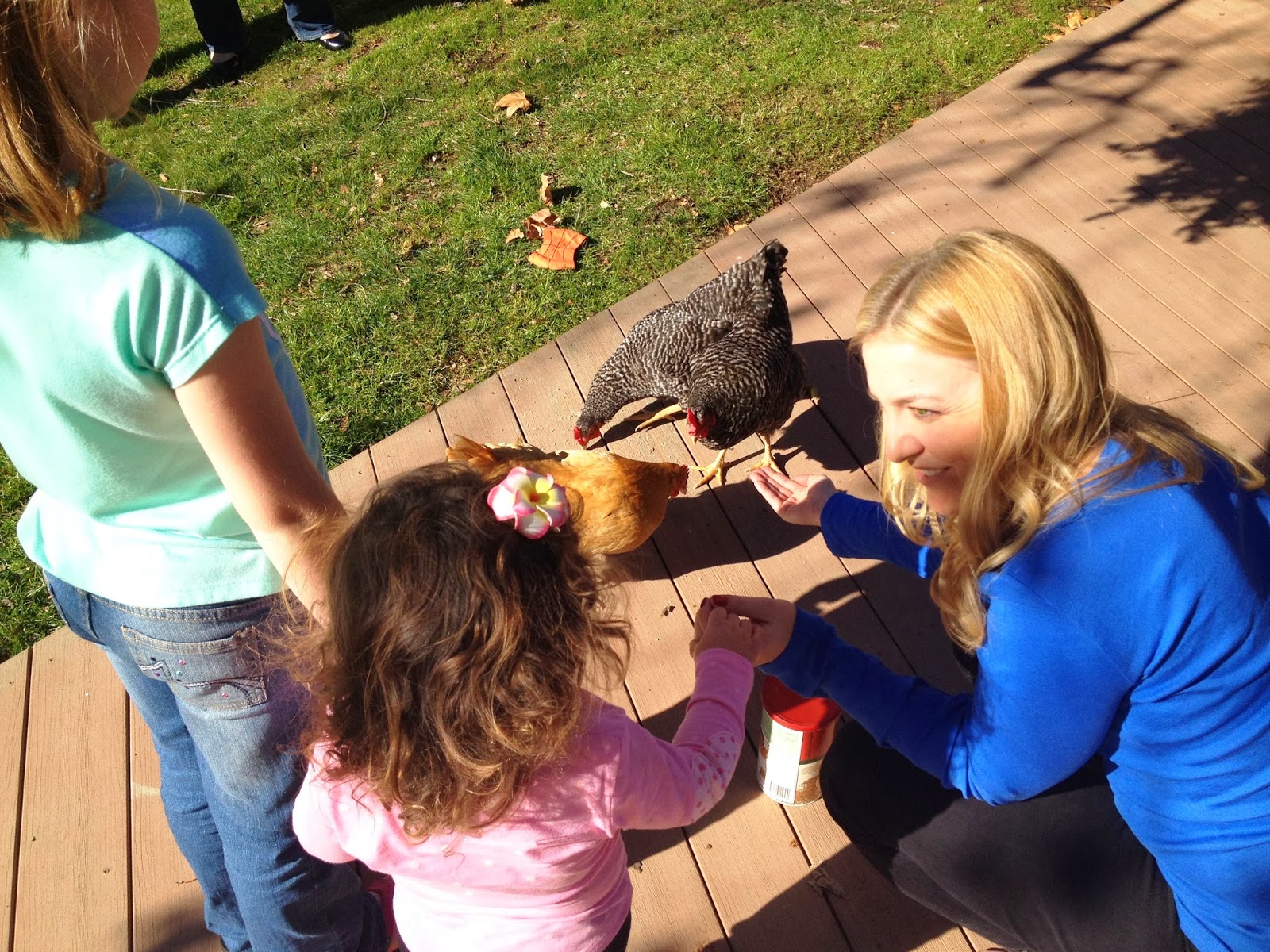 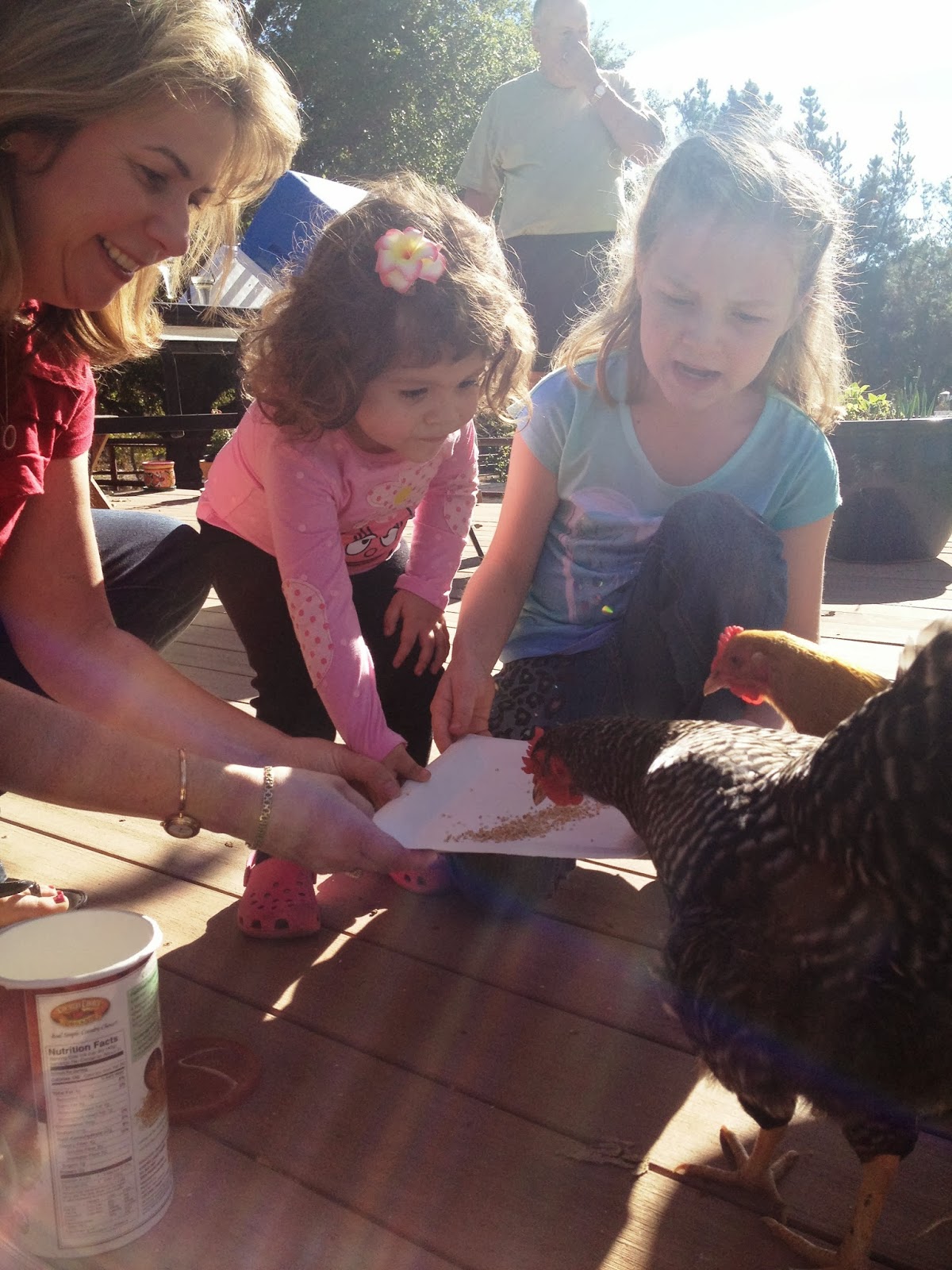 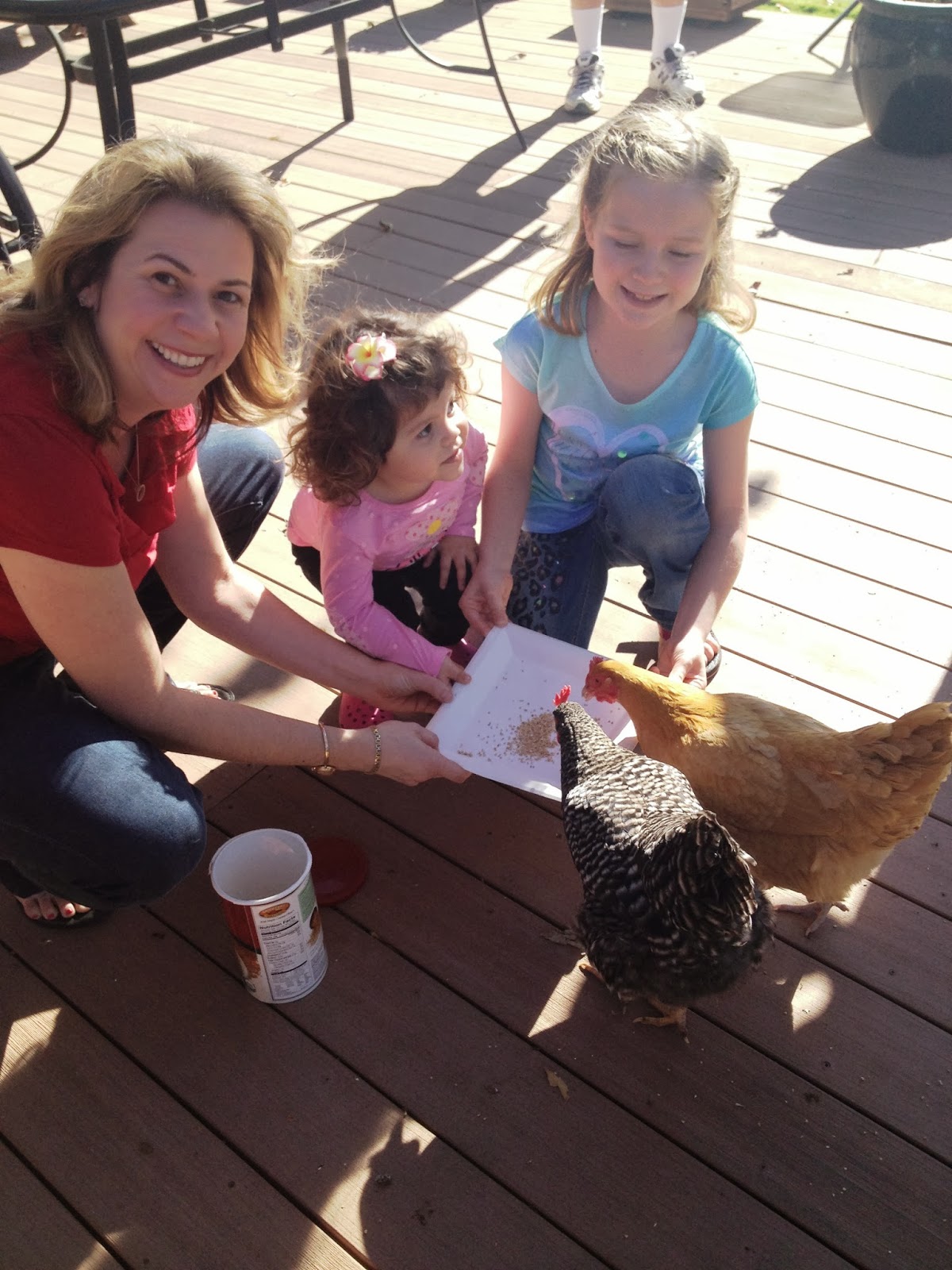 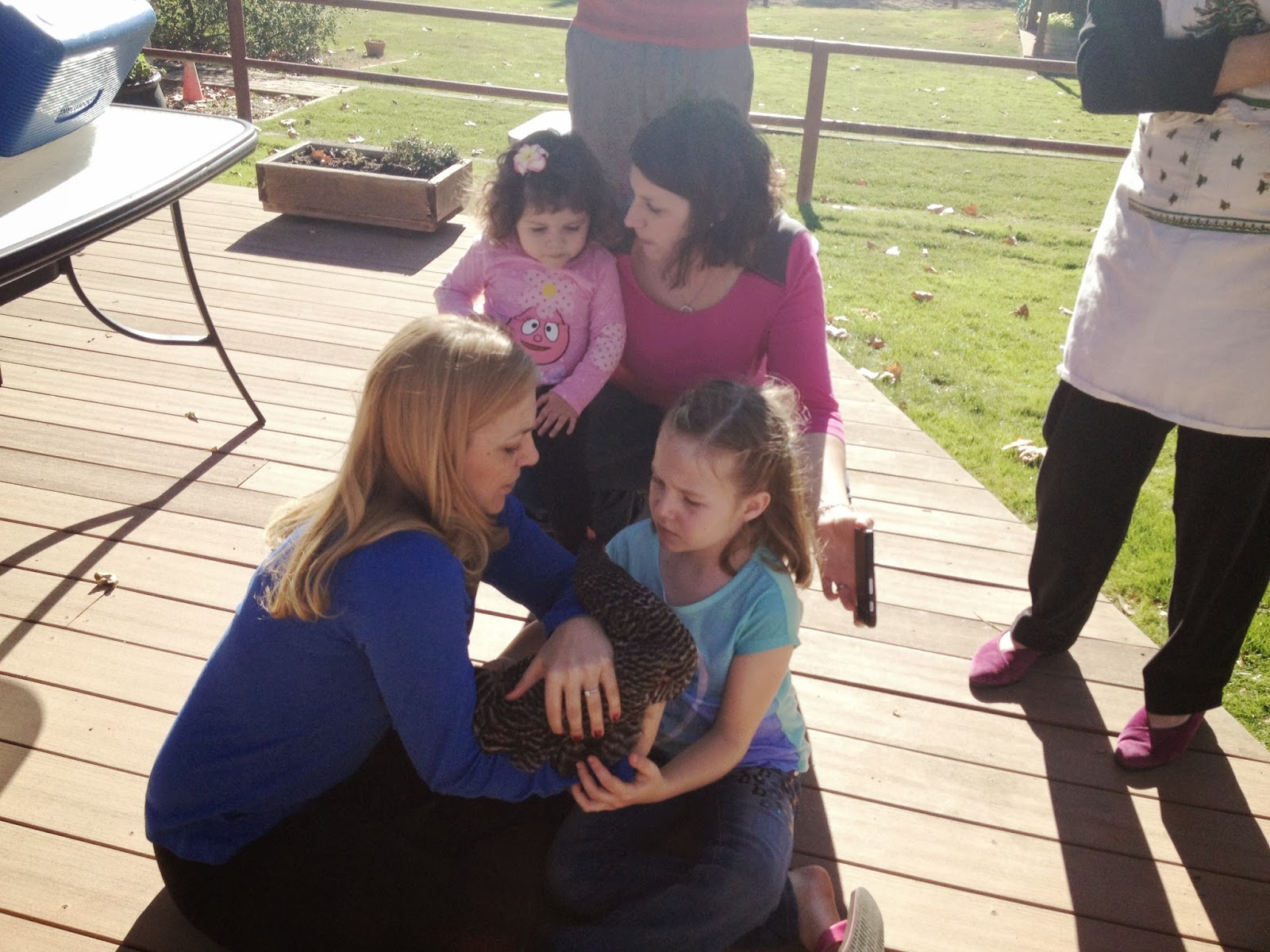 We were having a lovely holiday morning, feeding the girls (that's the chickens, mind you) and letting the girls (now we're talking children) hold them (back to chicks).  Even Daniel got in on the chicken-cuddling action. 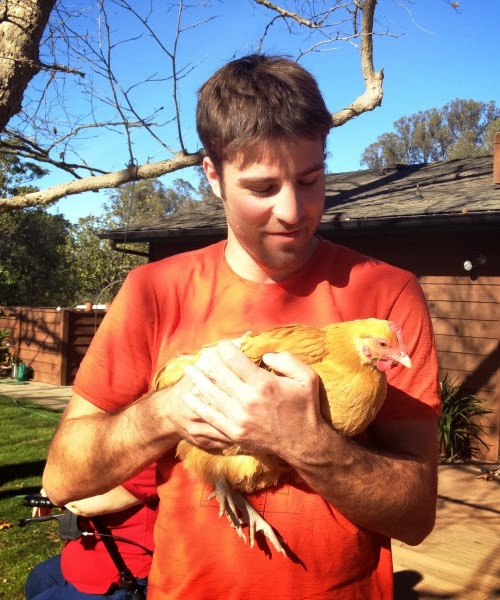 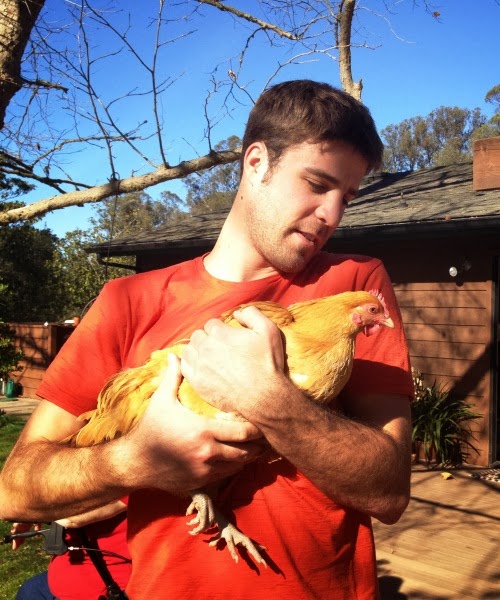 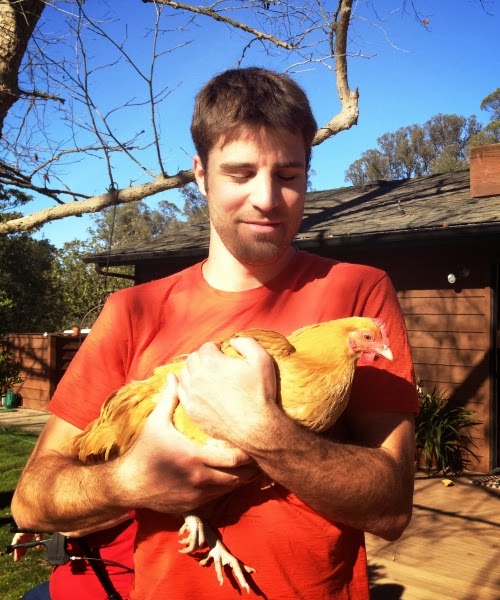 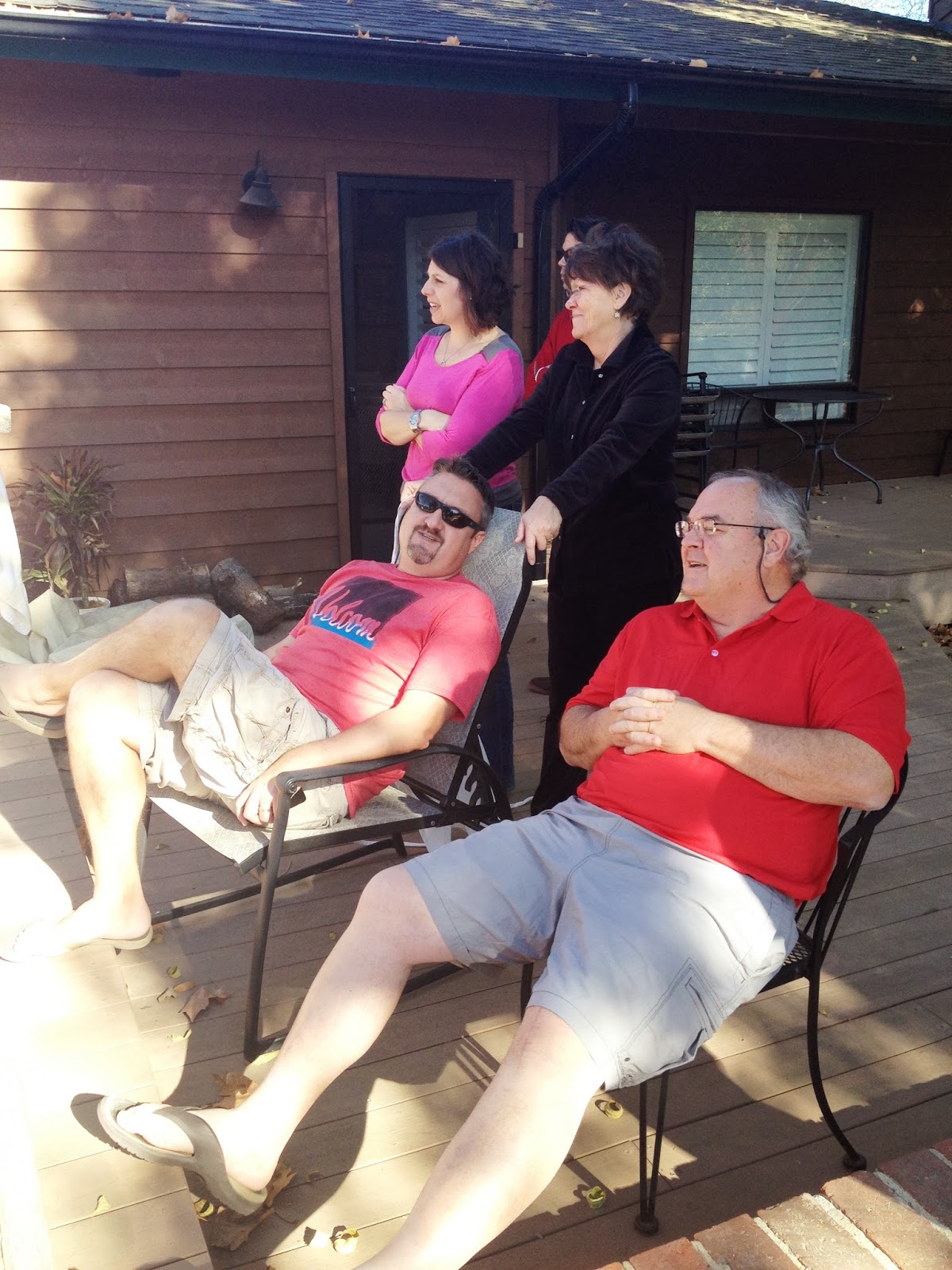 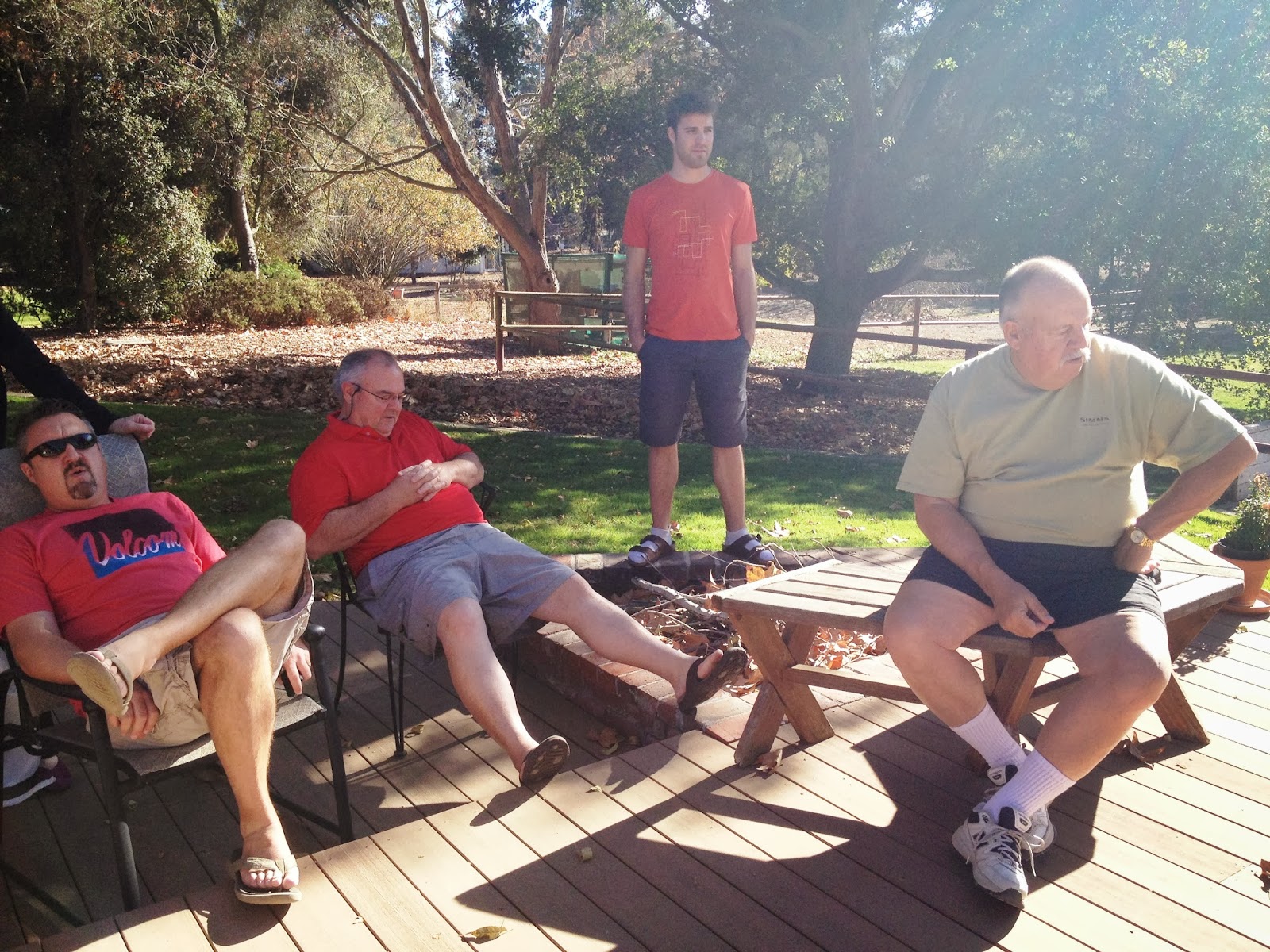 So we're sitting around on the deck, enjoying the 80 degree weather, when we heard the next door neighbor (Randy) hollering for his dog.  Which is a Rhodesian Ridgeback (the dog, not the neighbor).  Also known as African Lion Hound (still the dog).  Originally bred to hunt lions (possibly Randy, definitely the dog).  Freaking scary man.  The hair along its spine actually grows in the opposite direction from the rest of its coat, forming a spiky ridge along its back.  Even just the name!  It sounds like a friggin' dragon!

A fine hunter, the Rhodesian Ridgeback is ferocious in the hunt, combining speed, power and endurance. It is good natured, but some do not do well with small children because they may play too roughly and knock them down.

If while on best behavior this beast will knock down small children, you can imagine what it would do to a poor little unsuspecting chicken when in full on attack mode.  So as soon as we hear Randy trying to track down his dog, lo and behold it comes trotting around the corner of our house.  Within seconds it has locked eyes on the chicks and bolted into a dead sprint, bursting through the fam in a beeline toward its prey (still just a few feet from the kids).  We all suddenly realize what's happening, how grim the murder we are about to witness will be for the small children still watching the sweet birds peck at the grain on the deck, but it's a little too late and the hunt is on and the chickens are no match for an animal strong enough to bring down large game. The birds scatter and we all scream and the dog leaps and streeeeetches out his neck to make a grab for the slowest chicken who hasn't managed to make it out of harm's way. Lisa's nails dig into KK's arm as we all brace ourselves for the blow. Then out of nowhere, Daniel leaps across the deck onto the dog's back and tackles it to the ground just as its jaws snap closed mere inches away from the yellow chicken's delicate neck.

And we. Are all. Gaping. 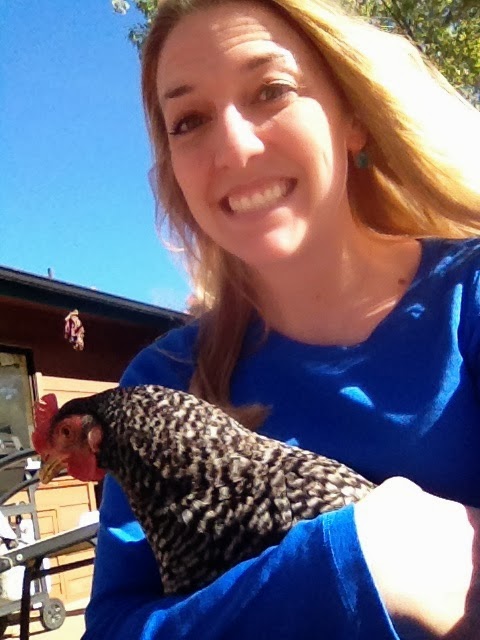