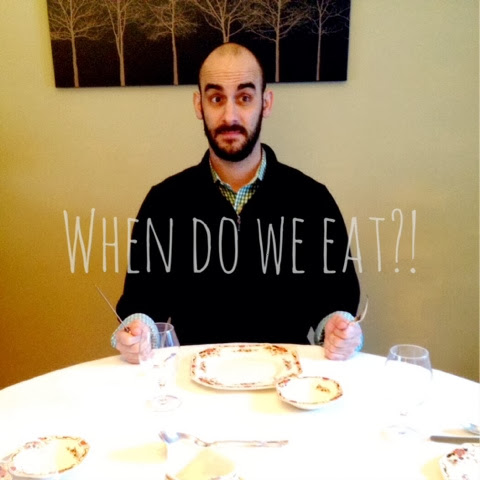 We ate Thanksgiving dinner at Laurie's house this year, which was awesome because she is a stellar cook.  Not only did she cook a traditional turkey (complete with stuffing baked inside the bird, yes I know it's gross but it's totally my fave), but she also made vegan versions of all the Thanksgiving standards! 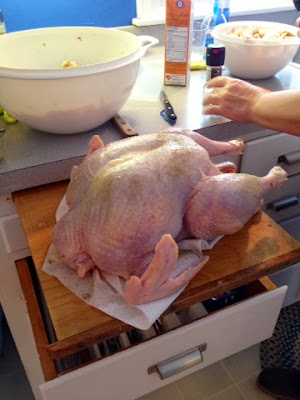 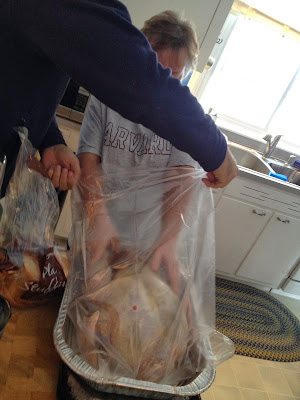 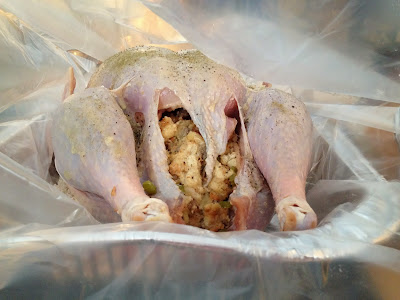 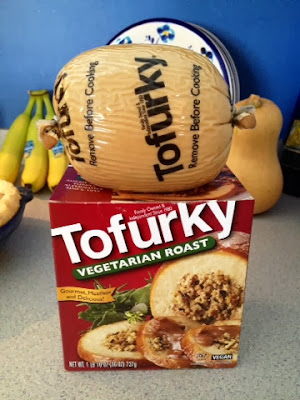 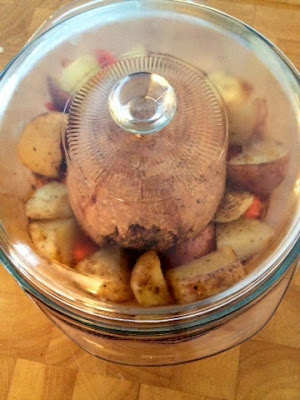 When I asked DVC what items or areas of the house brought him back to his childhood most, he quickly answered "this spot" indicating the dining room table where he was already seated and had been rooted for most of the morning. Seeing him seated in "his chair" facing directly into the open kitchen and I could immediately picture mini-DVC chattering away to Laurie in the kitchen after school. 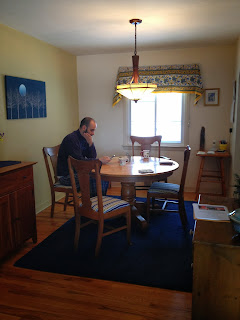 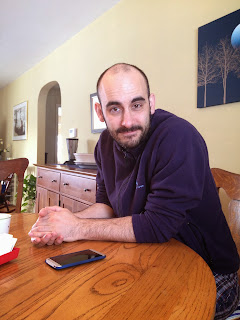 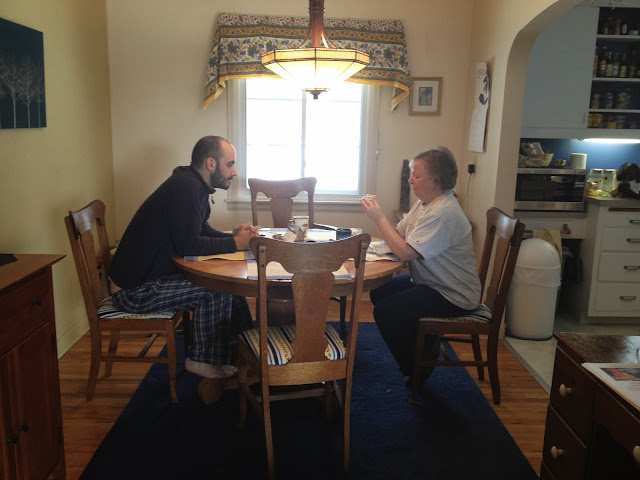 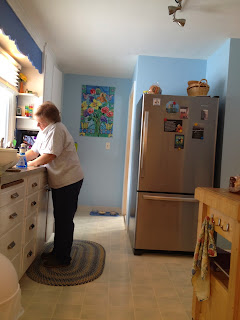 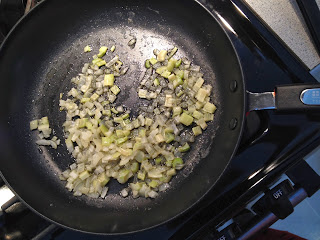 Soph carved her tofurkey, while Laurie carved the turkey. 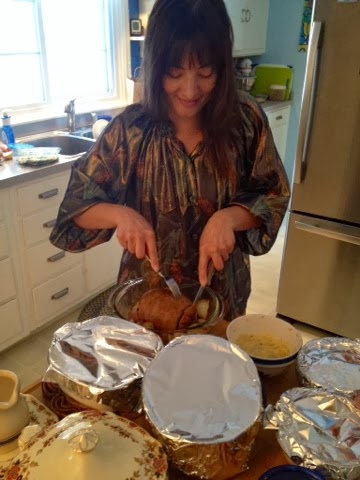 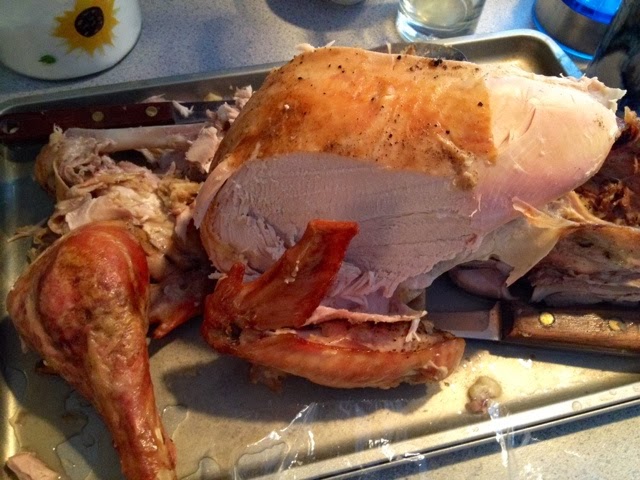 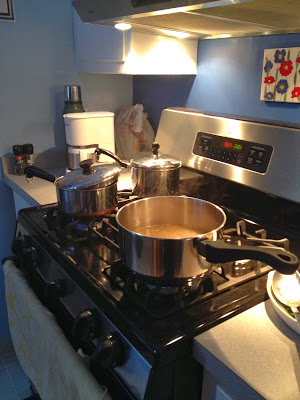 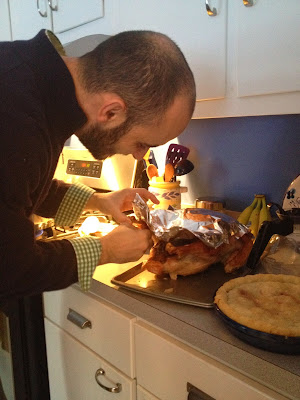 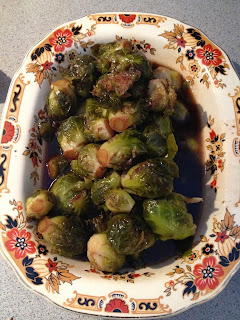 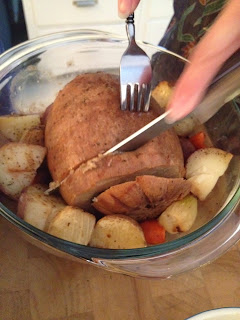 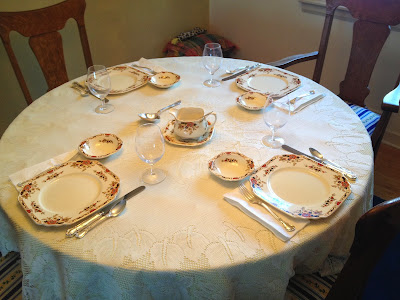 We ate nice and early, around 3pm in the afternoon, so there was plenty of time to lounge around and look at old yearbooks while it was still light out and help ourselves to second dinner after it got dark! 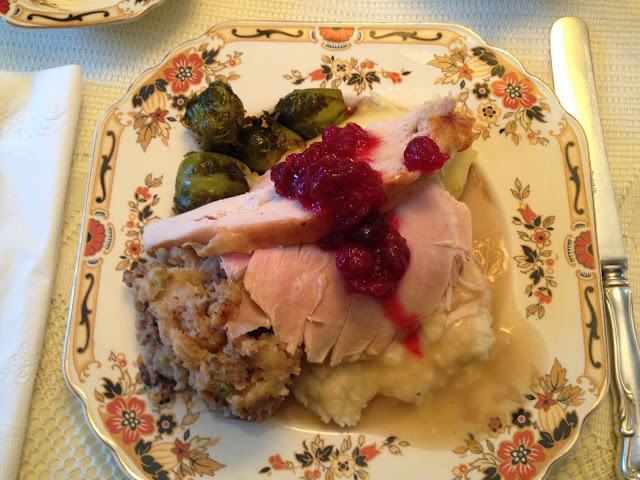 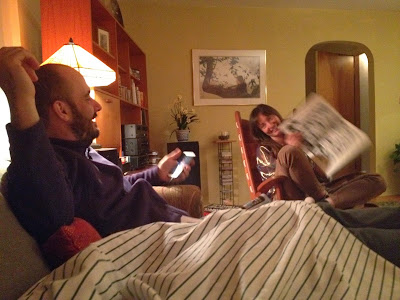 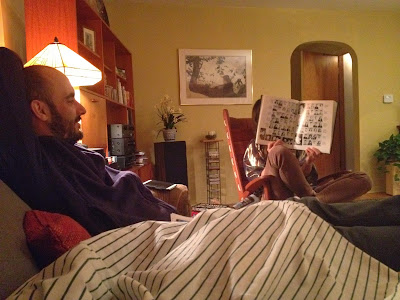 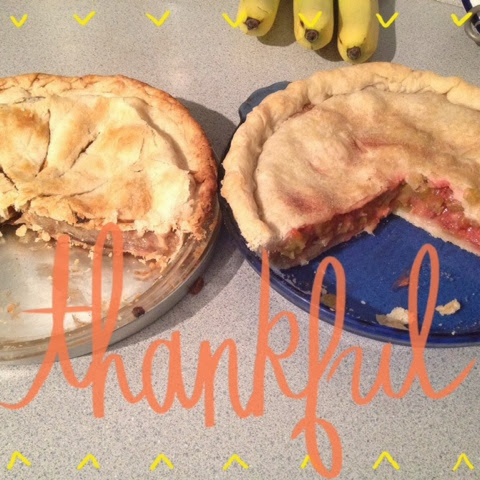