The Lake They Call June 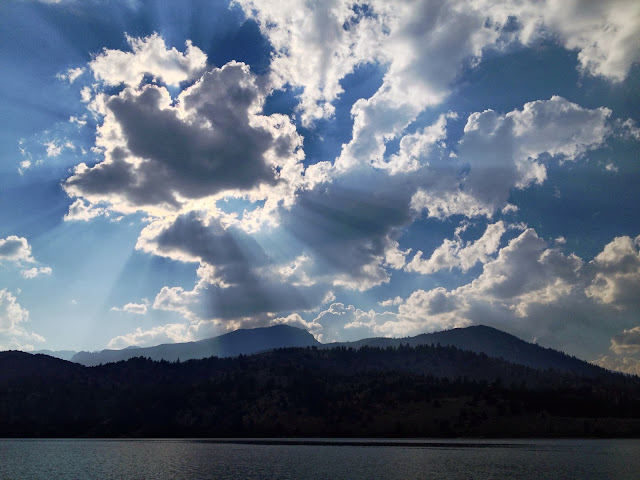 Since I was two years old, my family has been making an annual pilgrimage to June Lake, a pristine lake situated high in the Eastern Sierras of California.  Life got the best of us in recent years and we've skipped the past few summers; this August is our first year back at it, with all of the old characters making appearances - Leon Gull, Atticus Finch, Return of The Jodi and, of course, Mr. Bishop. 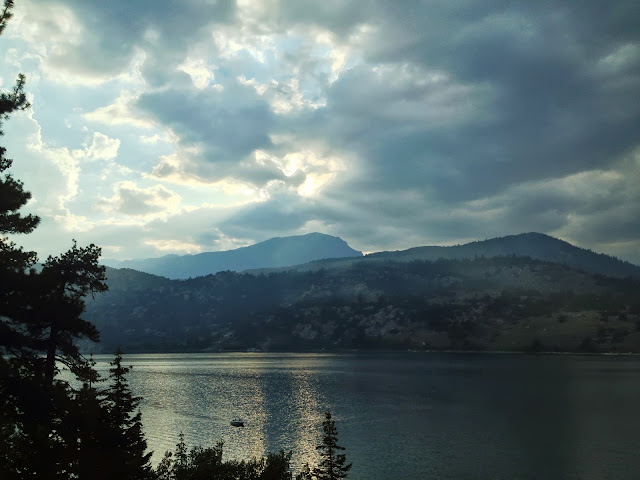 This is a trip we all adore incredibly fiercely, though it's difficult to adequately communicate just how deep that love goes, and why.  This year's Pump-Up Letter, as written by the venerable Patrick Diller, puts it into words more perfectly than I ever could:

Over the last 20+ years we've gained many friends and grown our families and group immensely. Unfortunately, we have also lost a few icons along the way. But this is the year that we pick ourselves back up, dust off the old tackle box, and get ready for greatest comeback in the history of mankind. In 2 weeks we will ascend upon the great Lake we call June. Perched high in the Eastern Sierra, June Lake is a place of remarkable beauty. A place where a ridge is named for the "Oh" face that it gives you. A place where Diller Men become boys, and the new generation of Diller boys will become Fisher Men. A place where birth names are left near the Alabama Hills and you can become Atticus Finch, Leon Gull, or Mr. Bishop. A place where Los Lonely Boys prowl for local talent to degorge. A place that's governed by The Code and disputes are settled on a cribbage board. A place where fish tremble and so does Byron. A place where a field of dreams turns to nightmares and Stephensons fall like turds from a tall indian. A place where Brady will be missed, just like every softball he's ever swung at. A place where the official language is shit talking. A place where the scent of powerbait lingers and the sheer mention of tri-tip initiates a Pavlovian response. A place where your hopes and dreams of winning the tourney at BCC can be shattered like a phonebooth window in a single put. A place where "Schatting" yourself could mean you left a map of Argentina in your pants or that you simply are covered in crumbs from some delicious bread. A place where bears roam as freely as Kris Stephenson's hands during crowd surfing. A place, the only place perhaps, where you once could be called out at home plate by a thumbless umpire. A place where the grass actually is greener, thanks to Bob Toomey's years of incessant watering. A place where ants feed on dropped globs Grandma Donnie's Jello and garlic bread crumbs. A place where a grown man can nap or play pinochle without his sexuality coming into question. A place where the Monorail Guy gives nightly tours of Disneyland. A place where a quick glance upward at night could pay off with a full frontal nudity shot. Yes, it is a place where legends are both made and destroyed in as little as a single cast. And it is with those memories, and the anticipation of new memories to come and new legends to be made, that I do hereby welcome you all to the next generation of June Lake. So pack those bags, stock those ice chests, sharpen your wit, and head on up to Brenner Street for The Moore Clan, Y2K13 style! 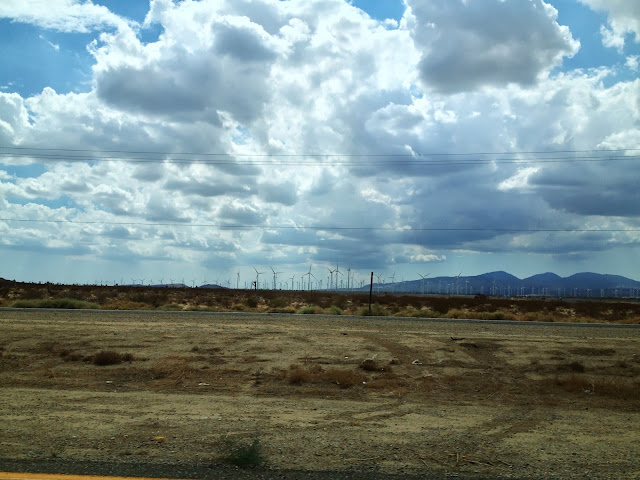 Getting there was quite a long travel day for moi: 4am wake up call for a 6:30am flight out of LaGuardia, brief stop in Houston which required a full sprint from one plane to the next, touch down in LA just before noon, renting a car from the most ghetto hole-in-the-wall shop ever (thanks a lot, Priceline), then finally hitting the road toward June. My fam was headed across the state around the same time I was, so we planned to meet in Mojave so Leigh could jump from their car to mine and I wouldn't be stuck driving the whole way alone.  They ended up getting to there slightly before I did, so Leigh was stuck waiting in a sketchy McDonalds for a bit, but I picked her up a half hour later and off we went. 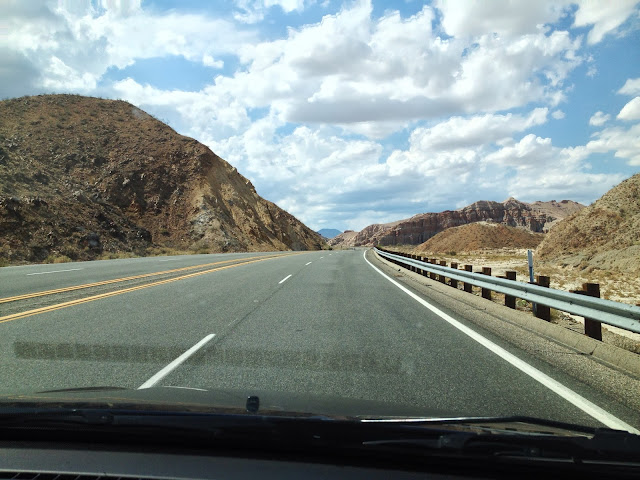 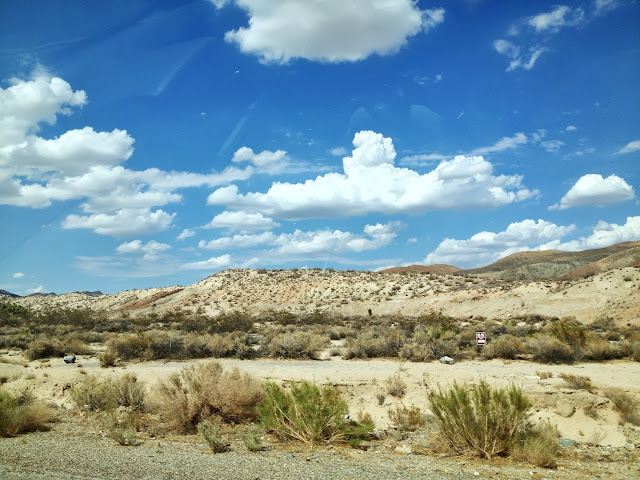 Highway 395 is long and beautiful and boring.  I was very grateful to have a passenger along for the ride. 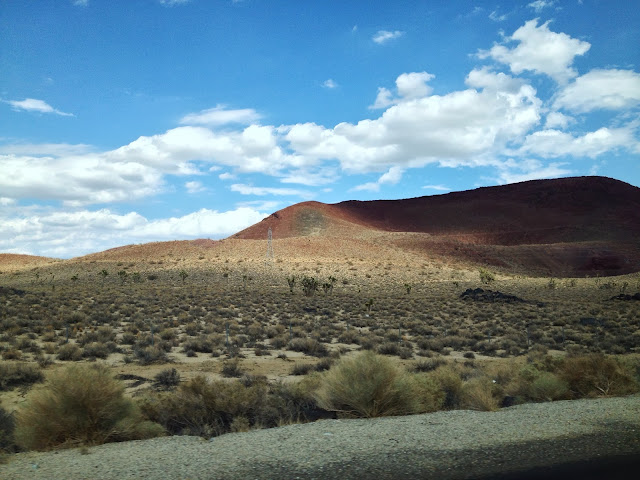 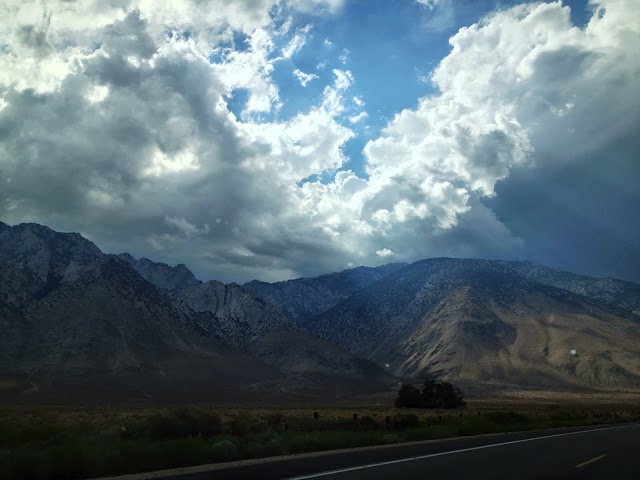 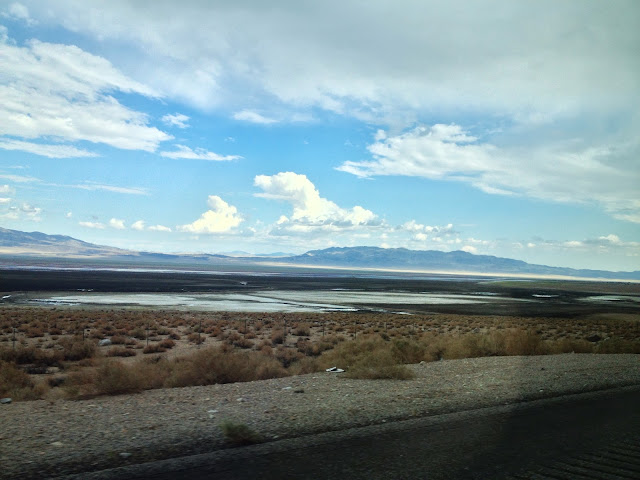 Coming up over Oh! Ridge... 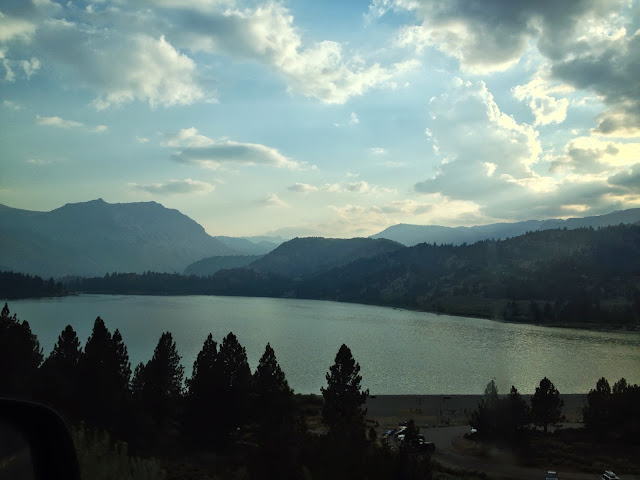 I see the lake first! 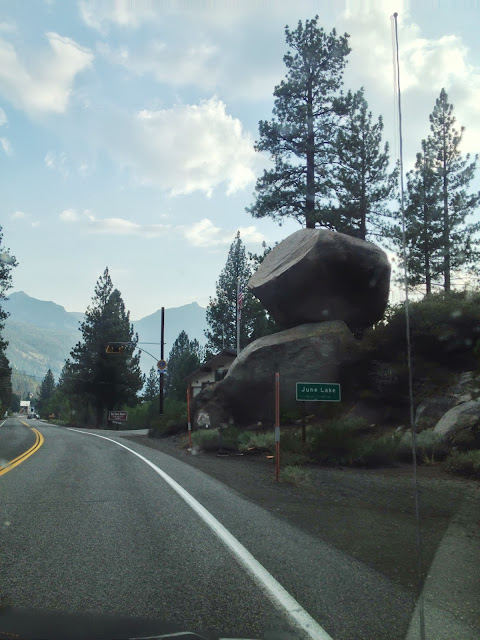