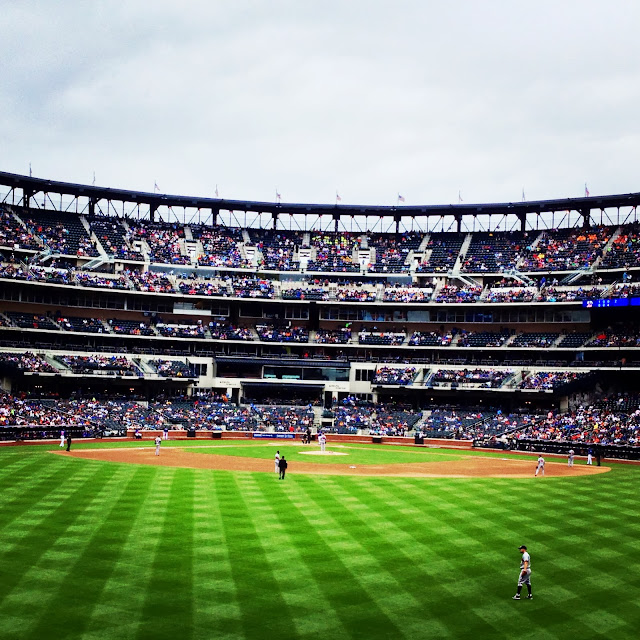 My company's summer outing this year was a mid-week, afternoon baseball game - my favorite! 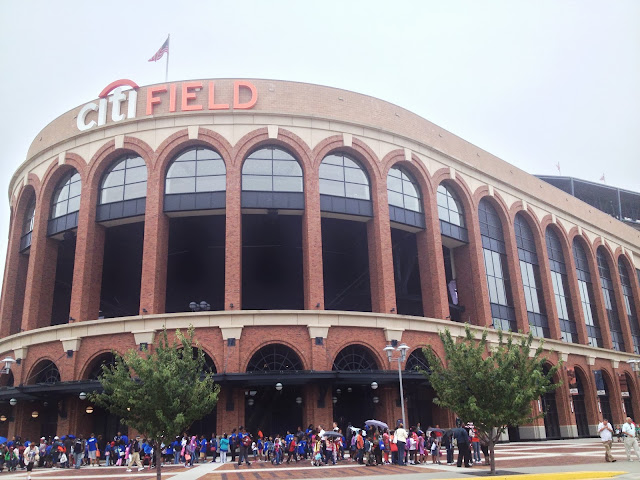 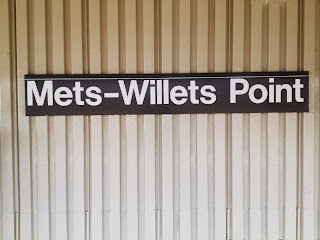 From the city, you can take the subway directly to Mets Stadium, it's so easy and convenient.  Took us about 30 minutes because we were on a local train, which stopped at every possible point between Manhattan and the ballgame. The subway stop for the stadium is directly outside of the main entrance. Walk outside and you're immediately at the gates. It's virtually impossible to get lost (though many drunks have tried). 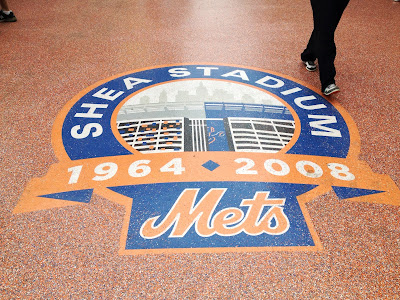 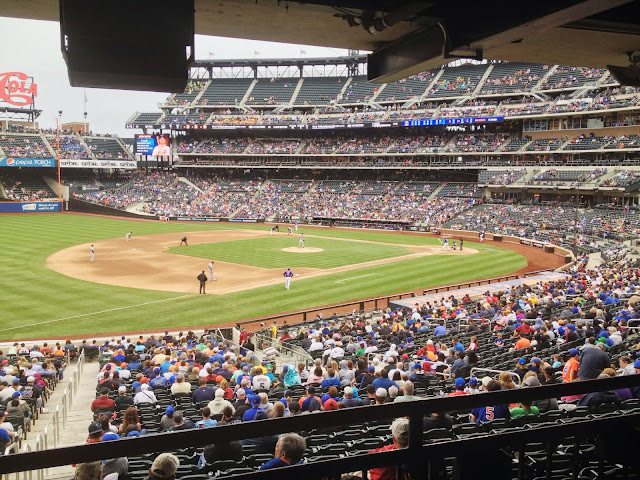 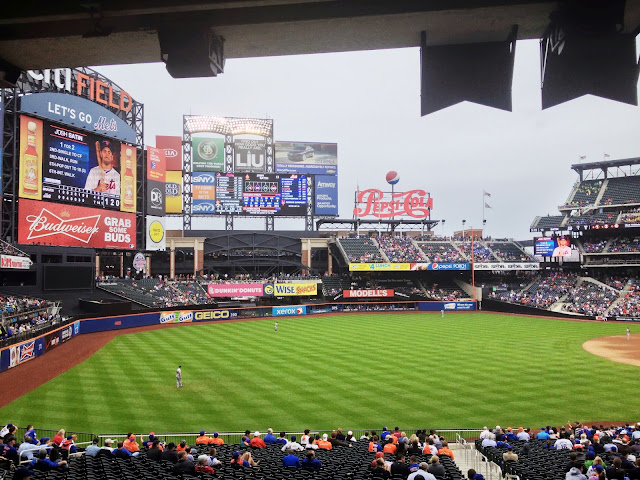 The gals at work were shocked to hear I'd never tried zeppole (much less heard of it). The sign puts it all out there, you get a hunk of deep-friend dough doused in powdered sugar. Like a giant solid mass of funnel cake. 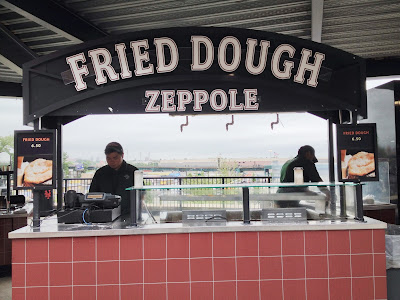 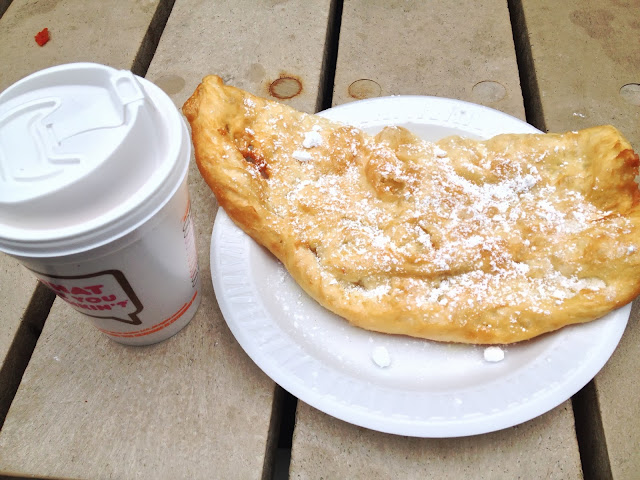 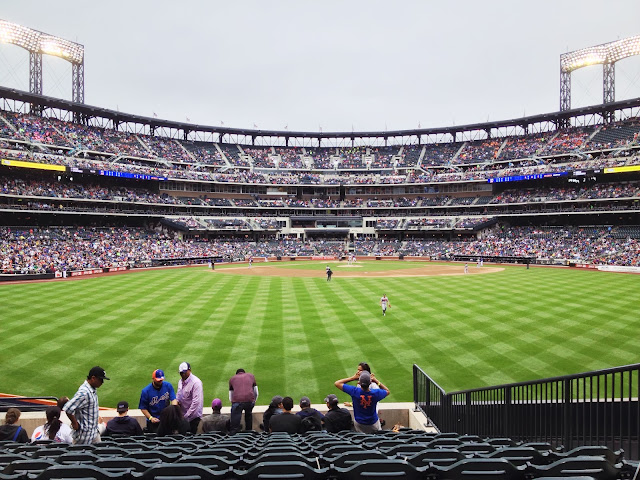 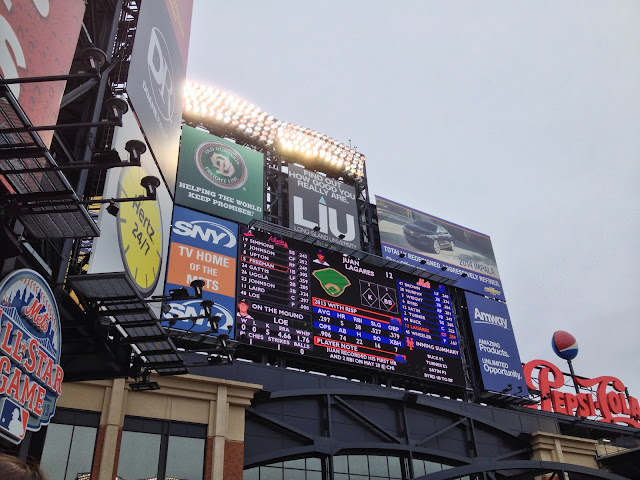 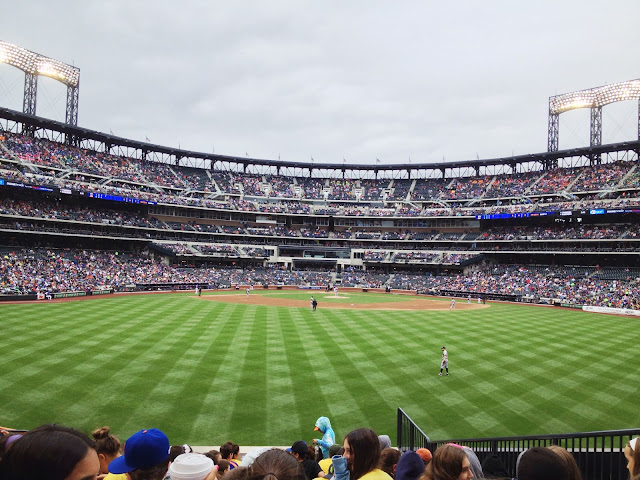 Still find it difficult to root for anyone but my Giants.  But I'd rather be a Mets fan than a Yankees fan, right?
Posted by megidew at 10:47 AM