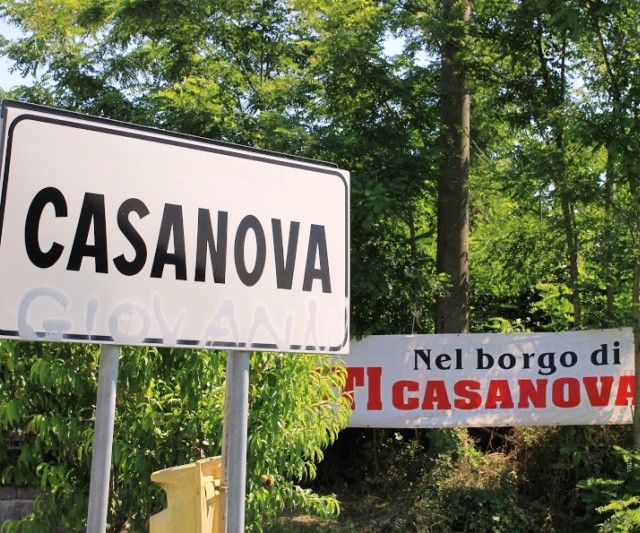 After a few days on the coast, it was time to head inland to Tuscany.  We bid "arrivederci!" to the Italian Riviera and loaded up the cars - destination Casanova!  My parents and their good friends had rented a farmhouse in the hills of Tuscany as a home base for several weeks, which it turns out is the best way to vacation.  It was so nice having a set home base we could come back to after a day of exploring nearby villages and historic sights. 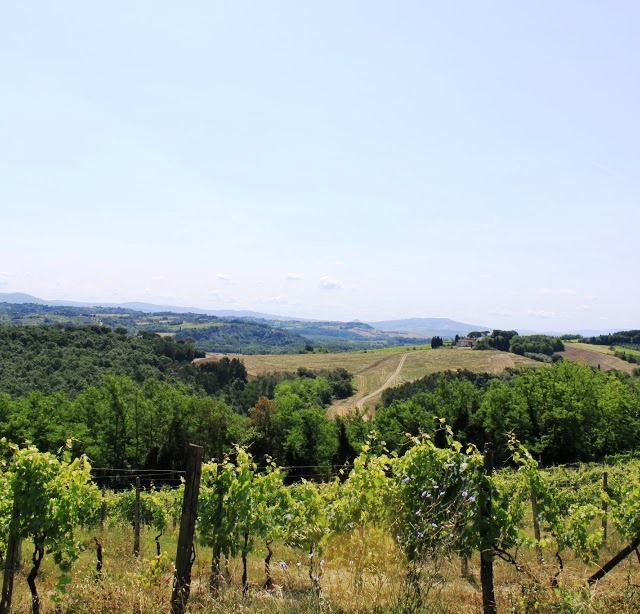 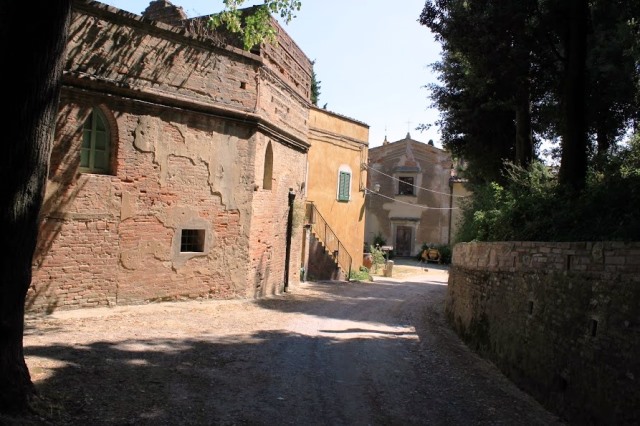 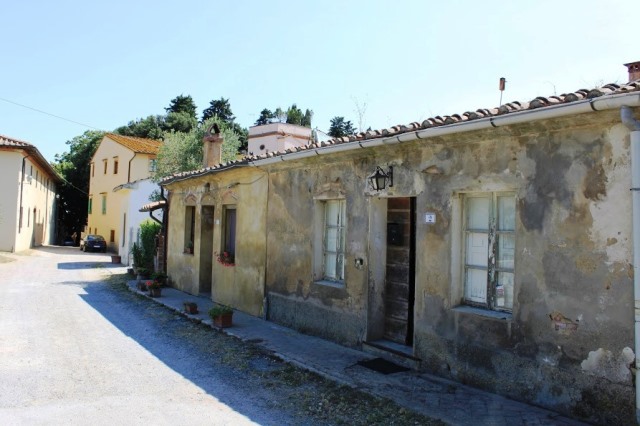 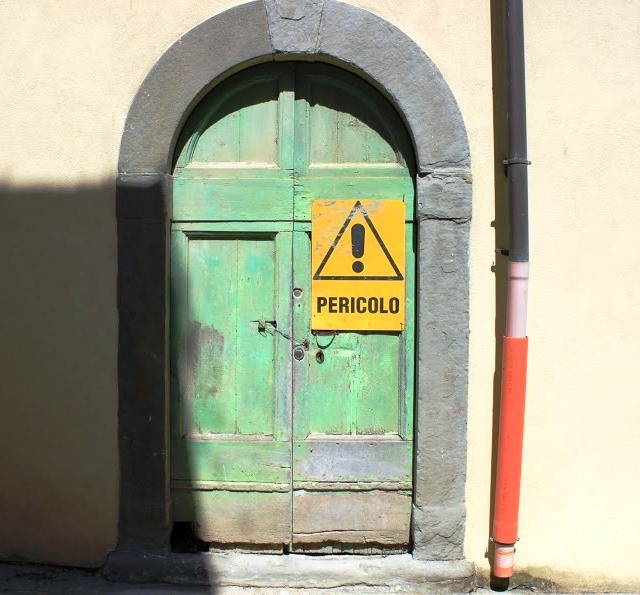 Casanova is a teeny, tiny little village (if it can even be called that) in the middle of the Tuscan countryside, located on the outskirts of an actual town, which is still pretty small itself. It's really more of a small collection of farmhouses father than a full on village. As you can imagine, the landscape in this area is gorgeous.  Incredibly endless rolling hills covered with endless pastures and vineyards.  In this region of Italy, the towns are built on hilltops rather than in valleys, so there's almost always an expansive view from the homes perched atop the hills. Ours was no exception. 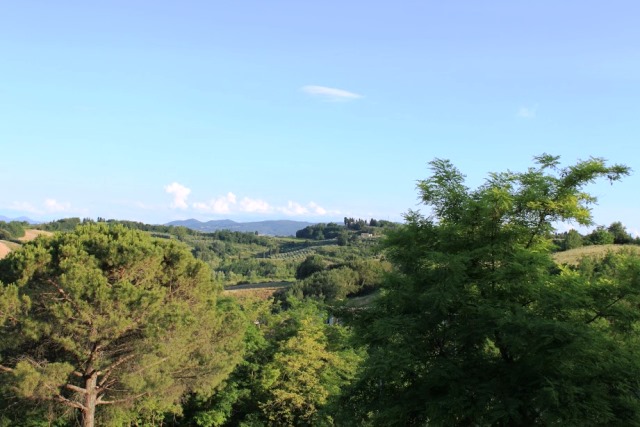 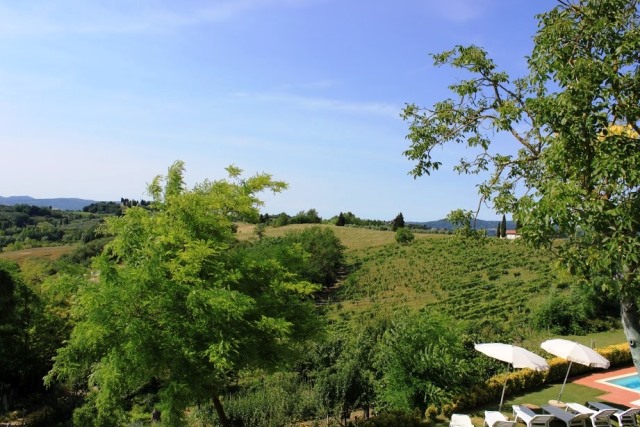 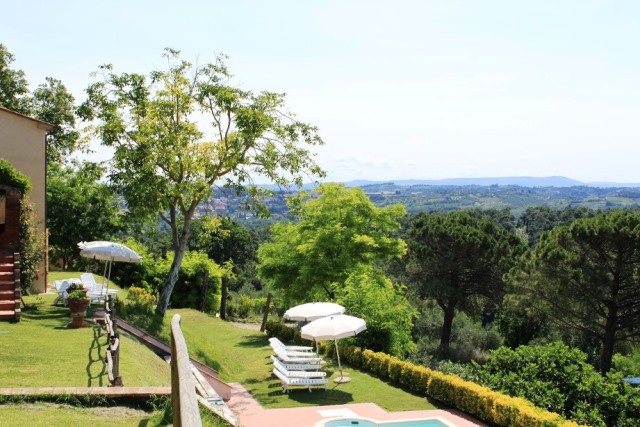 According to the local dairy lady, Casanova was formerly a self-sustaining household community owned by a baron and baroness.  It is still a fully functioning farm, complete with cows, roaming chickens, random farm dogs and cats always eager for a friendly scratch.  Several of the old barns have been turned into vacation rentals - we stayed in one of a set of three properties all linked by a common backyard area and very nice pool.  Ours was a converted barn, but it was the most modern of the bunch (it's the yellow one to the right in the photo below. 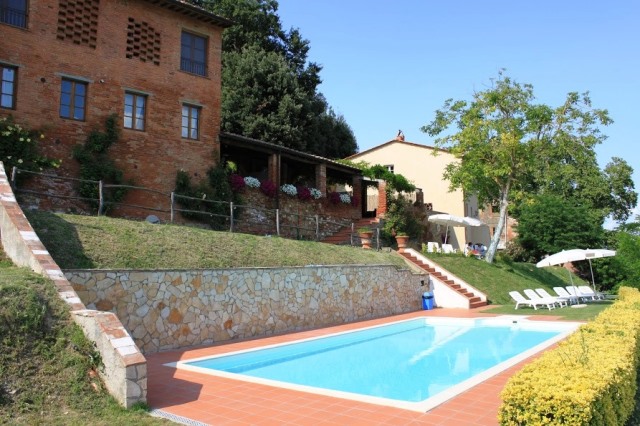 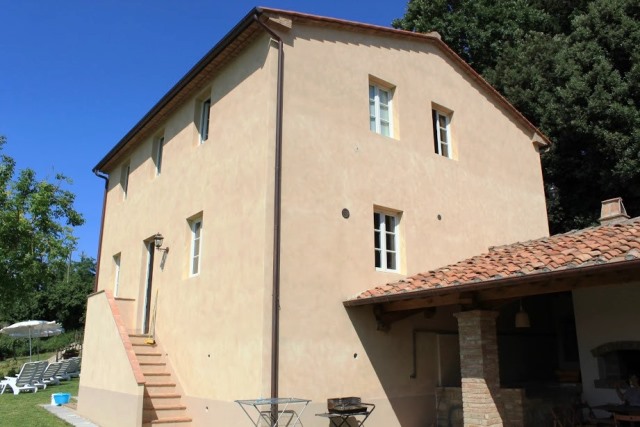 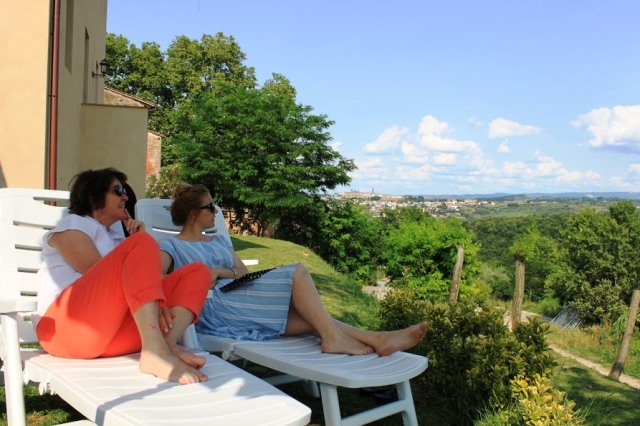 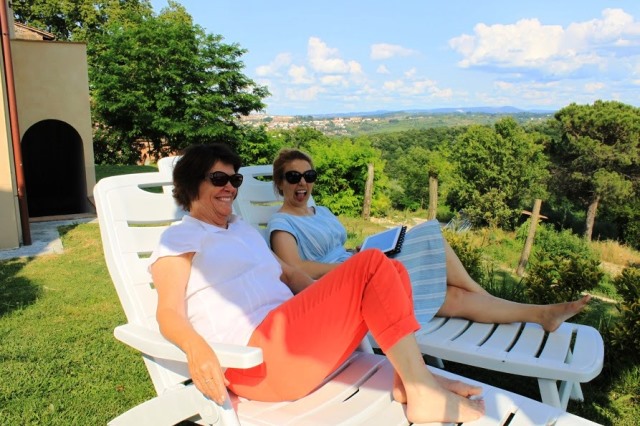 The view from our home away from home was phenomenal.  From our lounge chairs just off the kitchen we could see across the valley to a lovely hilltop on the next rise over.  Below us, the vineyards slipped away down the hill, merging with those of the farm "next door" that was really quite a hike away. 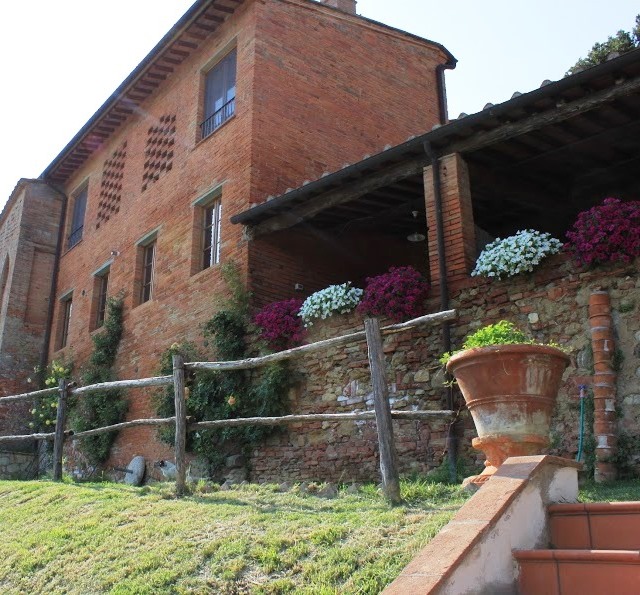 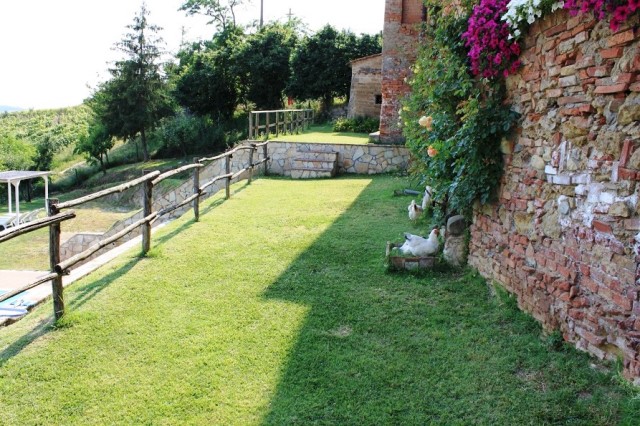 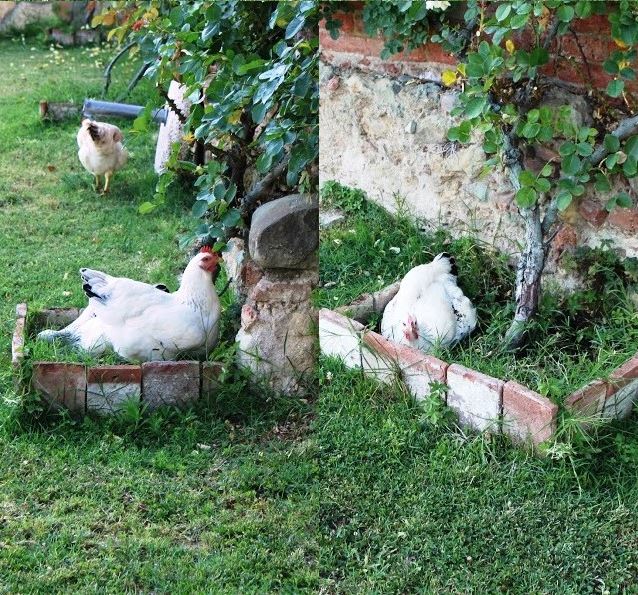 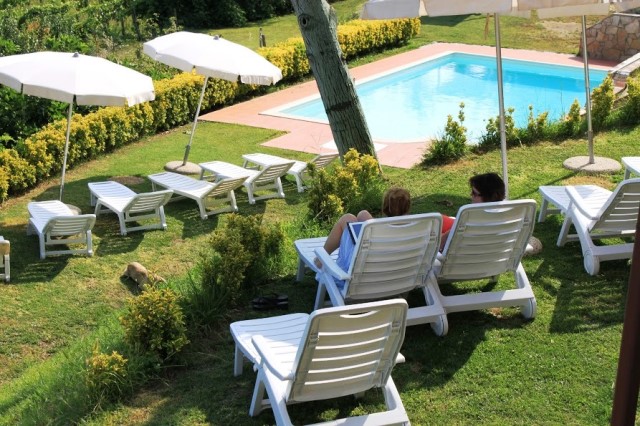 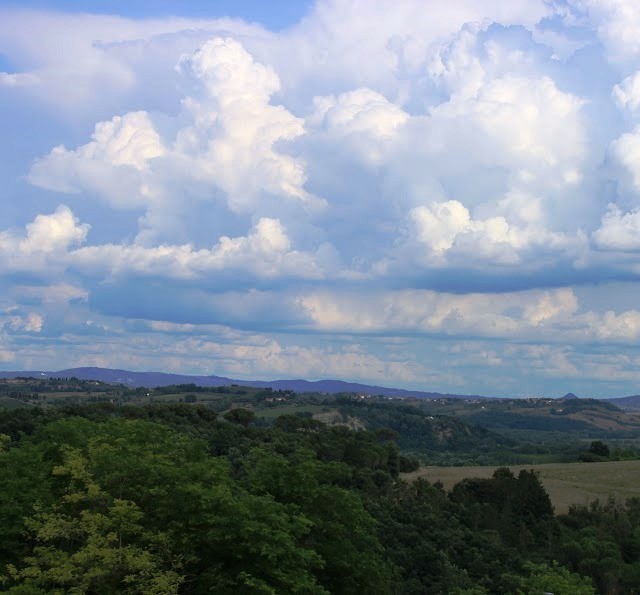 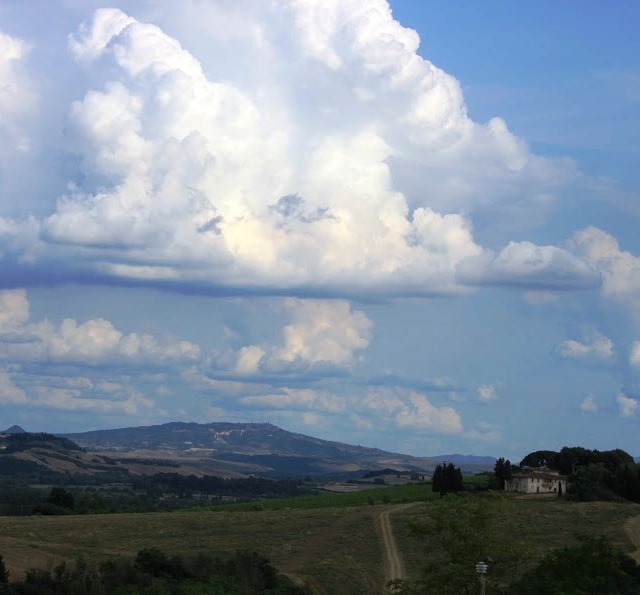 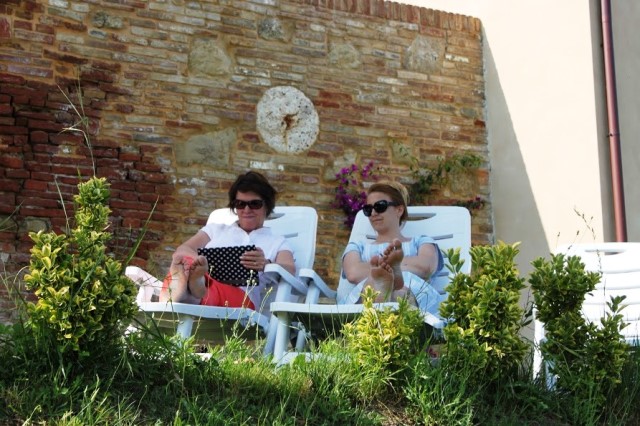 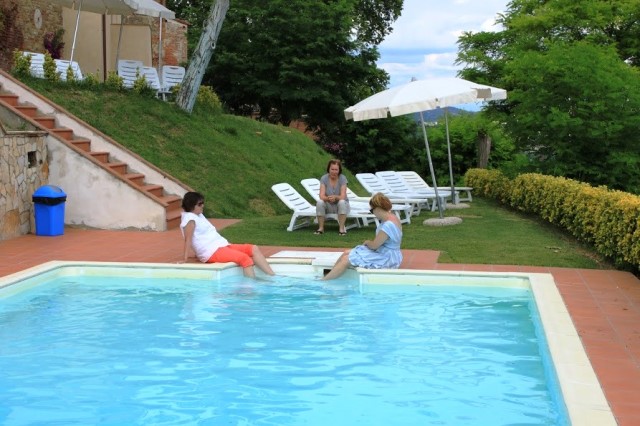 How lovely is the seating area below? I could sit there every evening and never get sick of that view. 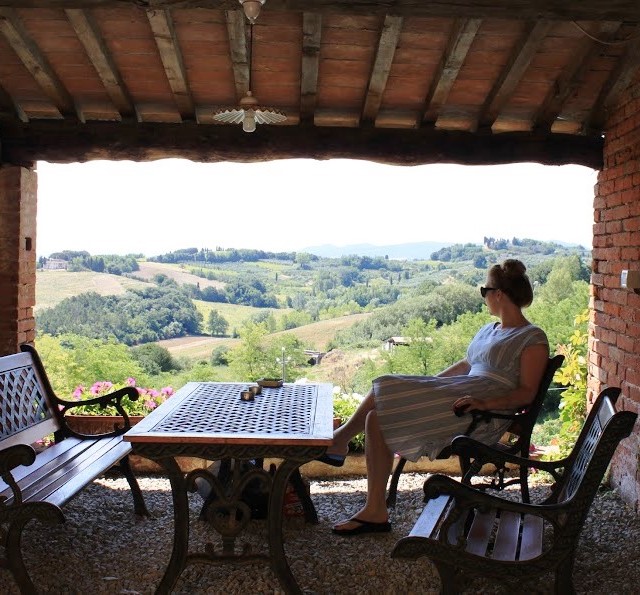 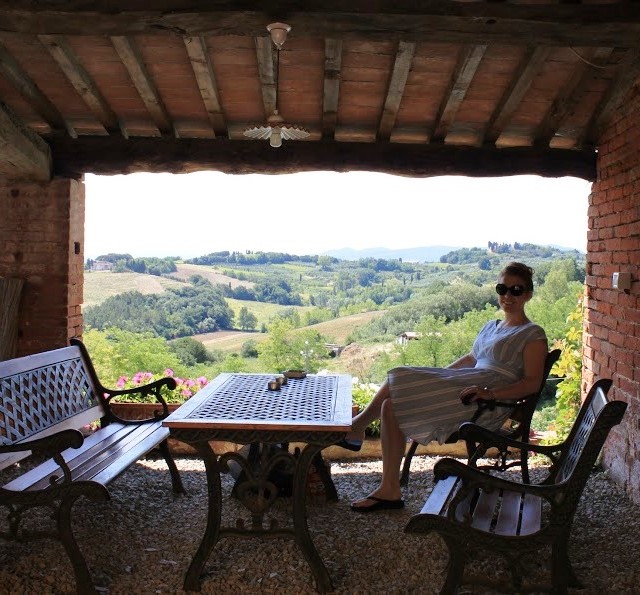