Made it to Germany!  Our flight from Duesseldorf arrived only 30 mins later than scheduled, our luggage arrived intact (phew!) and Customs was a snap. The gentleman at border patrol addressed us in a very gruff manner "Why are you in Germany?" then fixed us with a steely stare (how very Deutsch of him).  Before I even had time to think, an explanation came spilling out of my mouth "Wir besuchen meine Schwester in Deutschland!" and his expression immediately softened. "Ach soooo! Dann Willkommen!" Easy as pie, stamp and stamp. Leigh and Daniel were waiting for us at the arrivals gate and whisked us straight off into Munich. 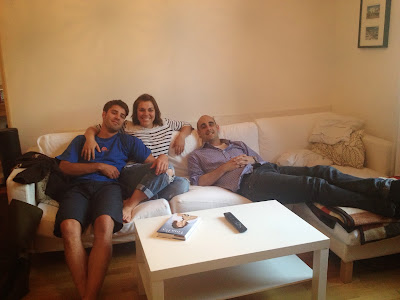 Getting cozy in our new digs!  Leigh is subletting an amazing flat.
It's huge, got a great layout and an awesome kitchen. 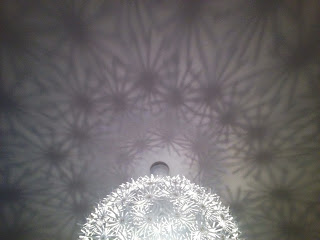 It has an incredibly interesting chandelier lighting up the living room. 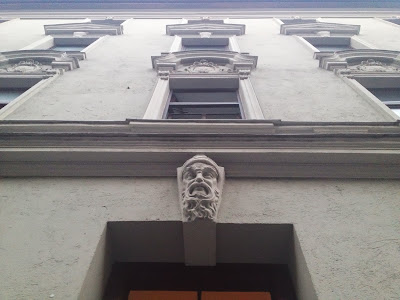 And a scary man guarding the door. Helps with home identification, at least!

This is her neighborhood. Isn't it adorable?  She lives in the Parisian district (I didn't even know there was one in Munich), easily accessible via the Ostbahnhof (which, luckily, there is a train directly to from the airport!).  Took us only about 25 minutes, door to door. I love that there are two different subway lines in Munich that go from the city straight to the airport. And they let you off DIRECTLY UNDER the terminals. It's amazingly simple. 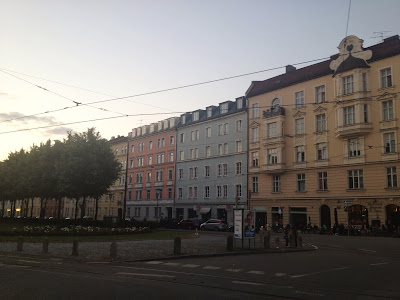 We landed about 2pm and wanted to stay up until local bedtime to get on track (timewise) right away. Was a bit of a challenge, having slept very little on our red eye flight the night before (correction: DVC slept very little, I slept like a rock, as usual), but we were determined.  Upon arrival, naps at Leigh's were sounding dangerously good, so we decided to head out to explore the city in order to stay awake. 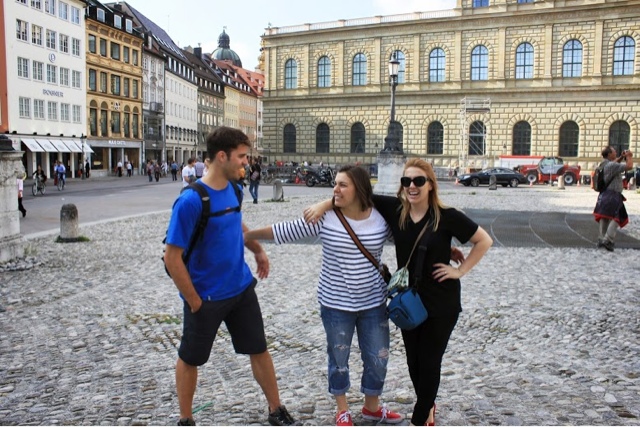 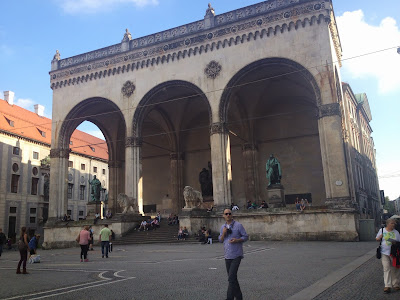 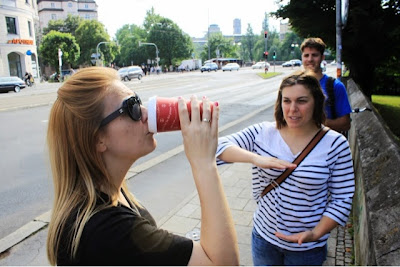 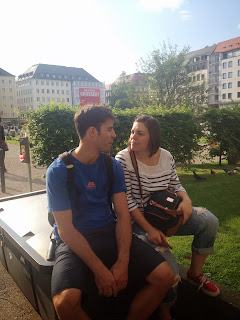 First whirlwind dash about Munich included: a spin through the good ol' Marienplatz (the pedestrian precinct full of fun shopping options), skirting the edge of the Englischer Garten on our way to the opera house, a quick visit to Aldi (my favorite grocery store) and a stop by the Rathaus (city hall) for a glockenspiel photo op. Saw way more of the city than we expected to in just a few short hours, let alone on our very first afternoon. 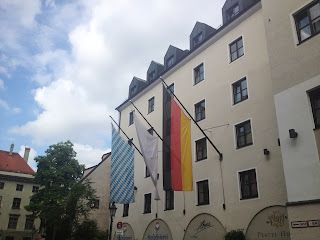 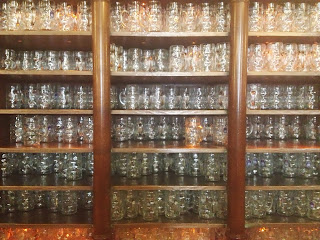 And of course, no tour of Munich would be complete without a stop at the Hofbrauhaus. 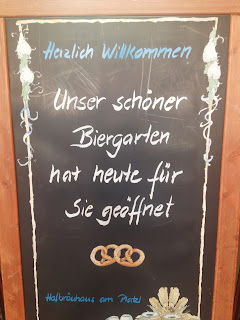 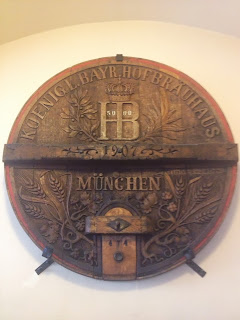 Home for an early Brotzeit for dinner, then crashed out hard.
A resoundingly successful first day.  Gute Nacht!