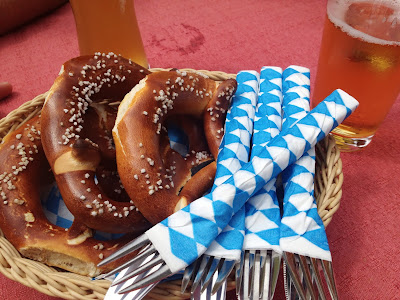 I'd been dreaming about Germany food for weeks leading up to this trip (y'all know about my life-long love affair with schnitzel).  So when Leigh and Daniel suggested heading to the Hirschgarten, an outdoor beer garden in the middle of a park, I was stoked.  Sounded like exactly the type of place that would have all of the food stuffs my recent dreams had been made of.  Did they ever. 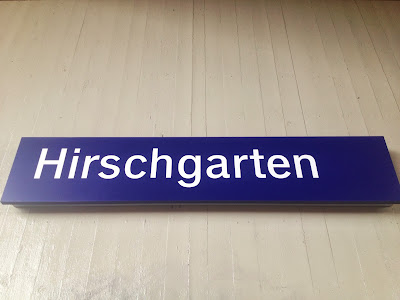 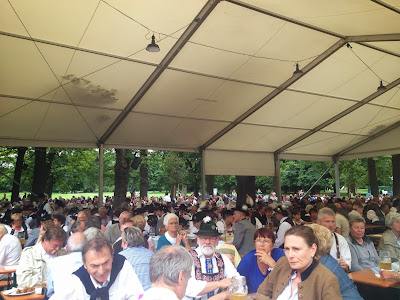 The outdoor restaurant is huge, with several different eating areas to be chosen from depending on your outing. As with most Germany beer gardens, there's a large space specifically set aside for people who bring their own food but want to purchase beer/drinks only. Kind of a half picnic half restaurant (that's the area in the photo above - as you can see, packed). There's a separate area of tables just as large that has full table service, with all of the traditional Bavarian dishes, so that's where we headed.

Hirsch means "deer" in Germany, so of course they had some loveable mascots lounging nearby. 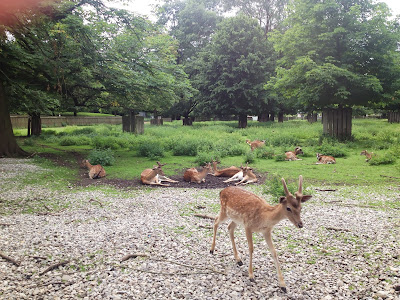 And, of course, the requisite um-pah-pah band and traditionally dressed dancers. 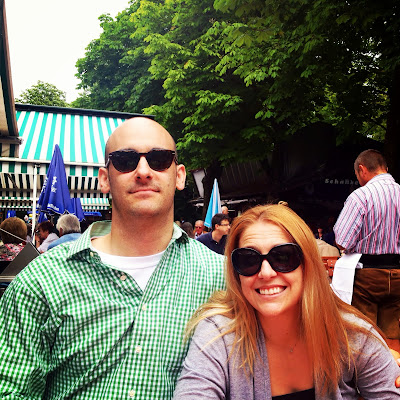 We ordered pretty much EVERYTHING (under the auspice that DVC needed to taste it all, of course).  I speak confidently for the group when I say nothing disappointed.  It was all heavenly.  We had Schweinsbraten (roasted pork) with Knödel (potato dumplings), Schnitzel "Wiener Art" (pork cutlet pounded flat, breaded and fried), Saurbraten (another type of pork...Germans sure do eat a lot of schwein...) and a variety of mixed salads and sides to go with. 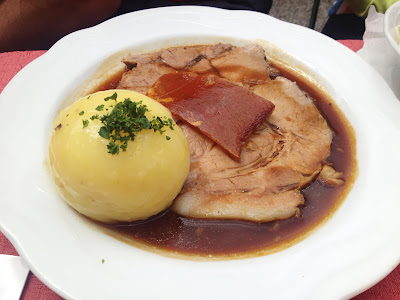 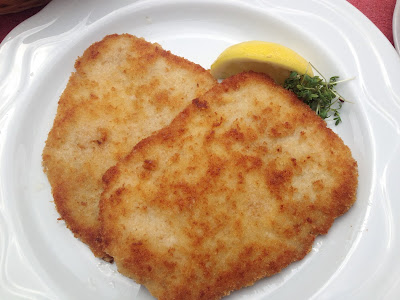 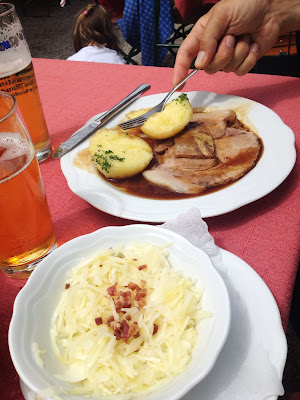 We were incredibly full, but still wishing there were room to order another sampler of entrees. 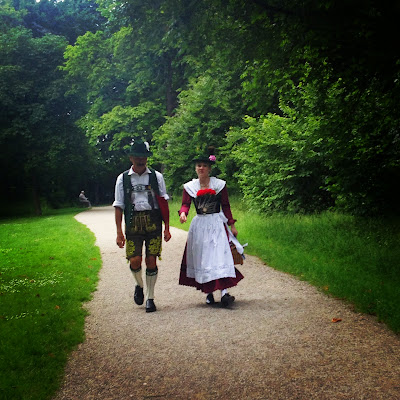 Happy little couple heading home through the park.
Posted by megidew at 11:00 PM