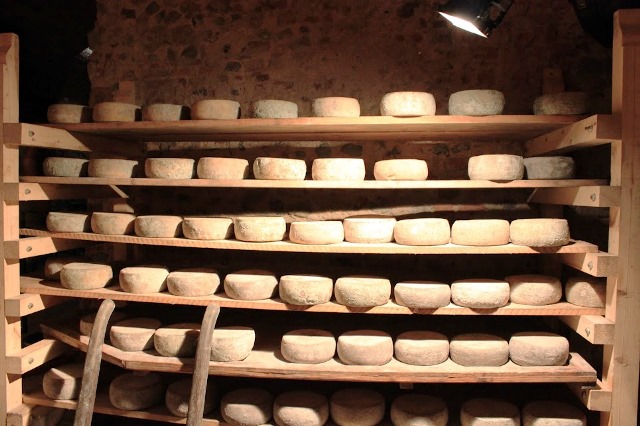 When we first arrived in Casanova, the others who had been there several days before us kept raving about "the cheese lady" and how we had to meet her.  Apparently, there is a delightful young woman and her elderly mother who purchase milk from the small dairy on site and then make the cheese in the "caves" below the old buildings. 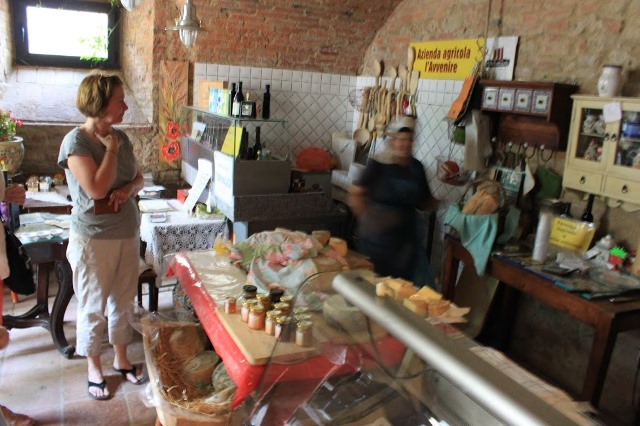 One evening we were planning to cook a large dinner at home, so we walked down the road to purchase some cheese for our pasta dish.  Not only were we able to sample a variety of cheeses and purchase our favorites (homemade camembert roughly chopped and marinated for several days in olive oil and spices HEAVENLY), but we received an extensive impromptu tour of the storage cellar. 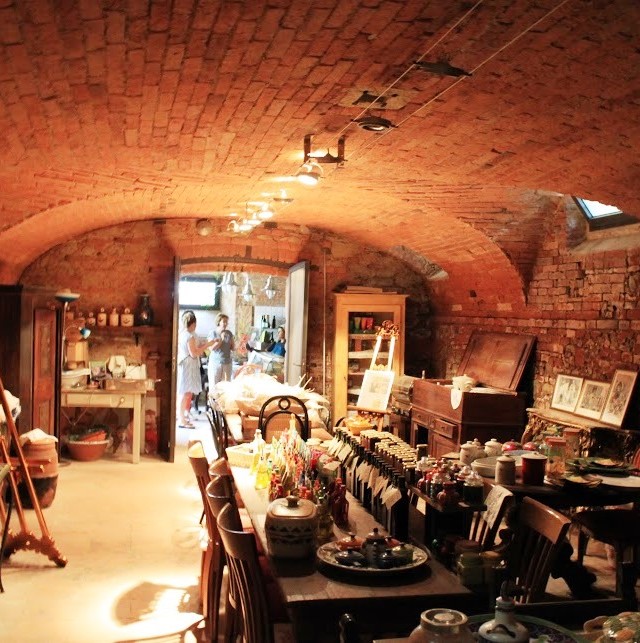 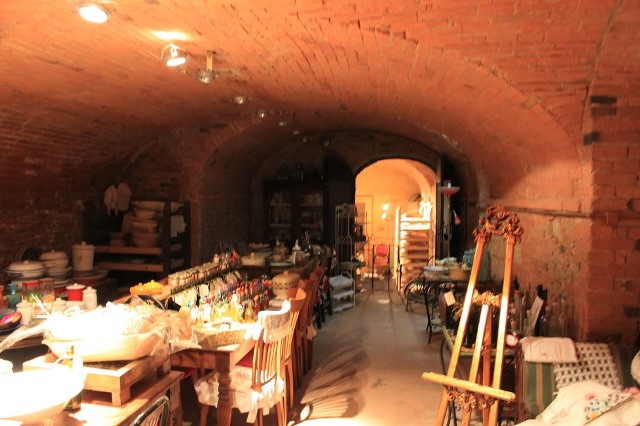 The first room was stuffed to the brim with local items being prepped for display at the village festival the following week (we missed it by one day *sad face*). We'd seen plenty of evidence of the small community preparing for the celebration (a rowdy group of children were practicing traditional dance steps for an entire afternoon the day prior), but this was clearly the center of activity and Casanova was going all out. 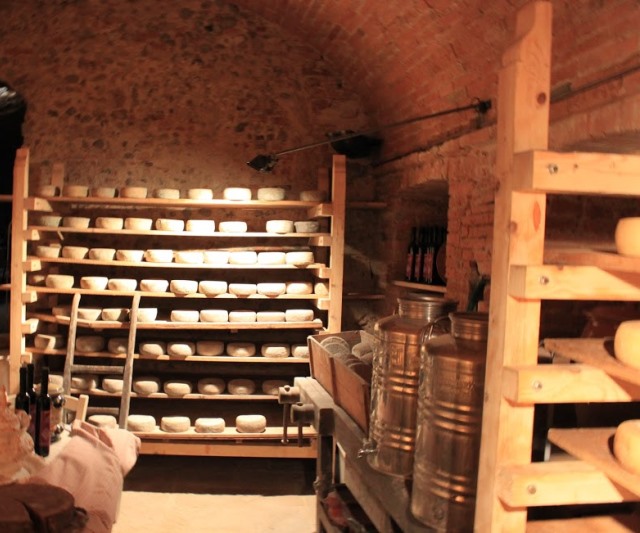 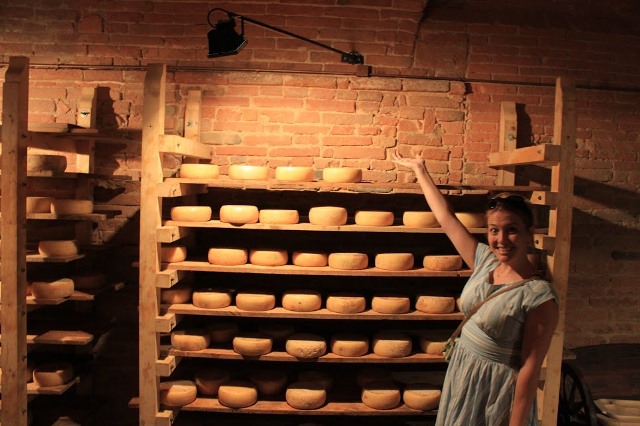 The second room was filled with racks and racks of resting cheese.  In an attempt to explain her process, the adorable old woman would rest her face on her clasped hands, close her eyes and say "the cheese sleeps."
The cheeses were in varying states of decay development, from bright yellow waxy outsides on the newbies to thick whitish green crusts on the oldest racks. 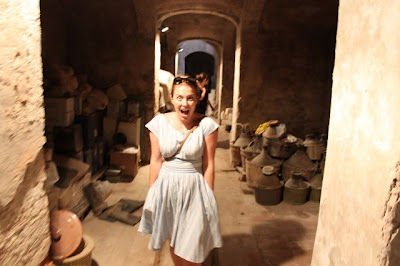 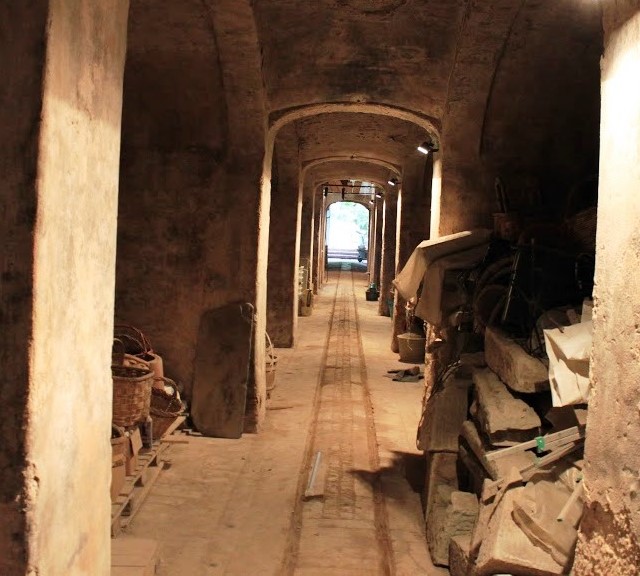 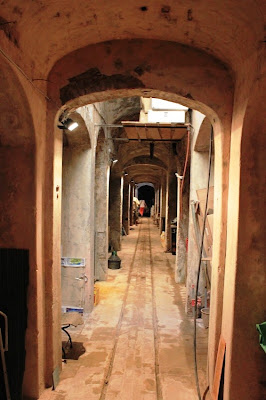 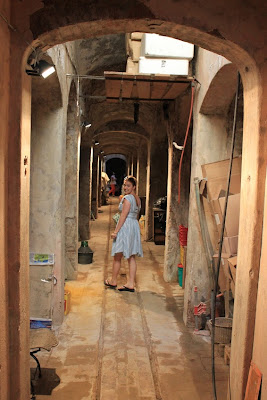 Running the length of the vast set of underground rooms was a set of tracks for a cart, which we'd been curious about the use of since seeing the tracks through a grate-covered opening in the ground near our house.  Our guide chattered on and on in rapid Italian (with Kathy translating as quickly as she could), explaining that the track was used by servants to transport goods from storage up to main house when the baron and his family lived here. The opening we'd seen from above was mainly used to move wine from the vineyards down into the coolest storage area to save for future use. 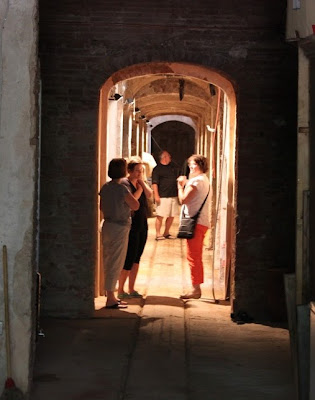 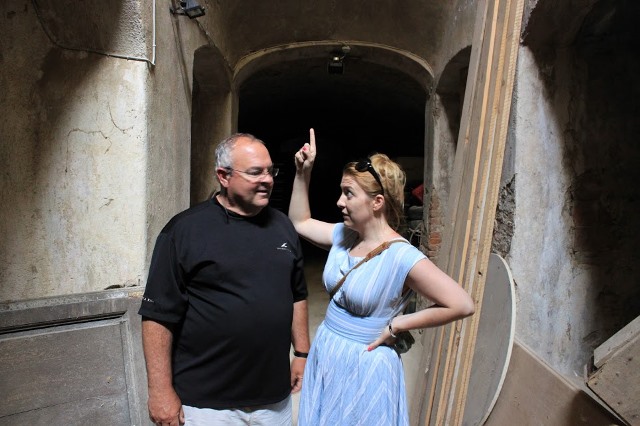 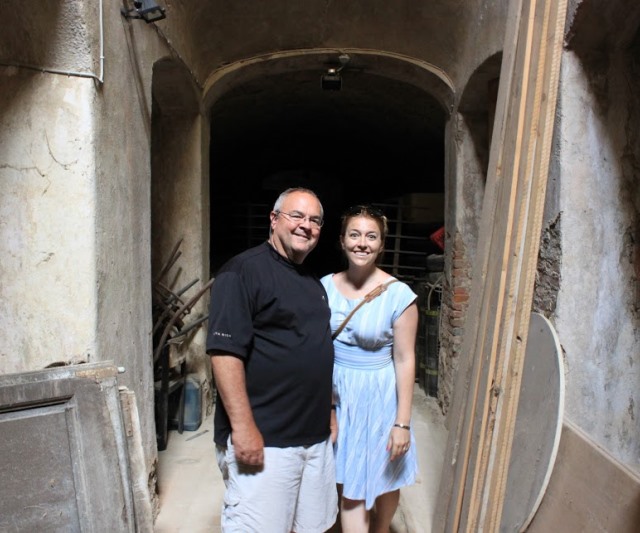 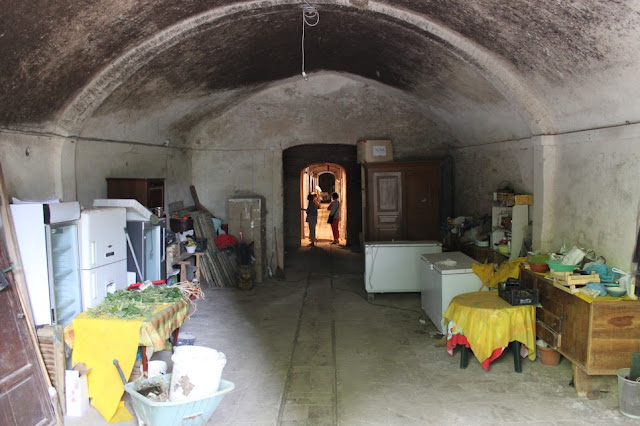 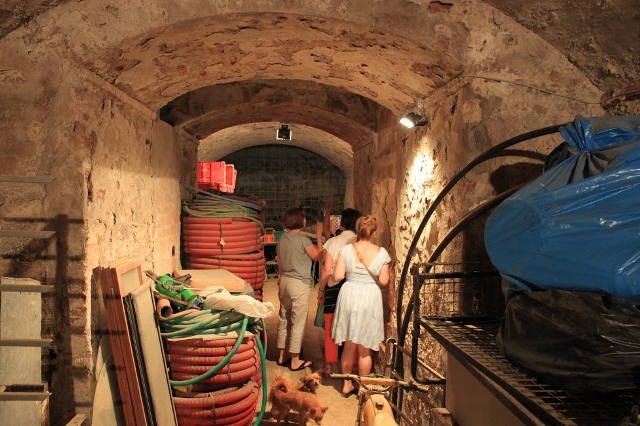 Sure, there were some not-so-enchanting portions of the storage area, like you might find in any modern working farm (see above).  But for the most part, being in the cellar felt completely transporting. I fully expected to emerge from the cheese caves into a bustling 18th century community.  After walking around with us for about 20 minutes, our tour guide suddenly remembered  her cows were waiting to be milked, so she rushed off in a flurry, pointing out the light switch and telling us to simply let ourselves out. 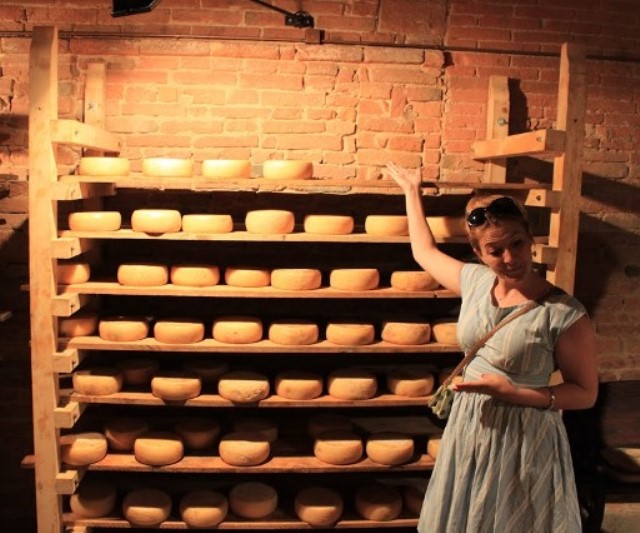 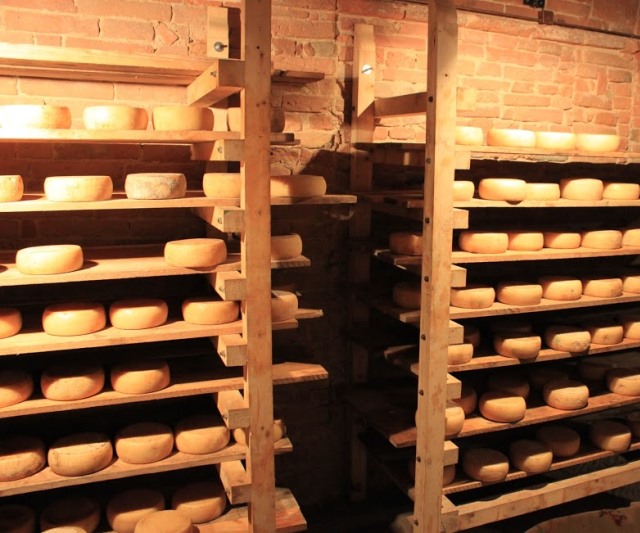