After a morning spent walking up and down every alley we came to and consuming cup after cup of delizioso espresso, we were in dire need of a comfortable resting spot (preferably with a nice, clean toilet). 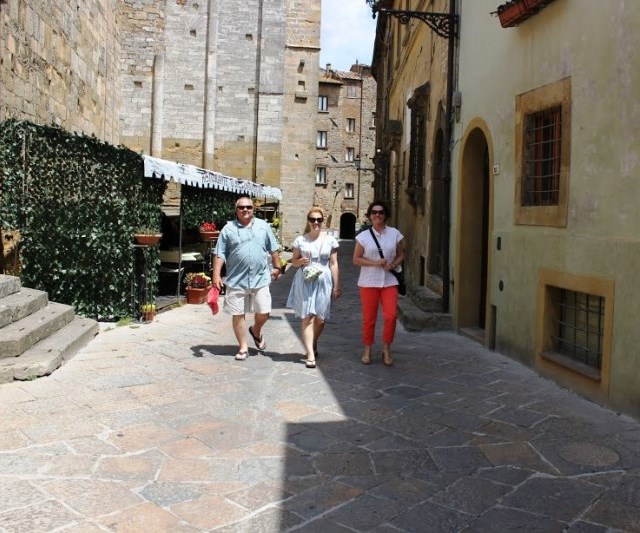 Luckily, we stumbled upon an adorable cafe right near the Piazza dei Priori that seemed to have settled after the early lunch rush.  We ordered an assortment of sandwiches and treats, then settled into the comfortable banquet to people watch.  There were 5 different servers on the clock, but the cafe seemed to be completely empty aside from us so they spent most of their time on break.  So Italian. 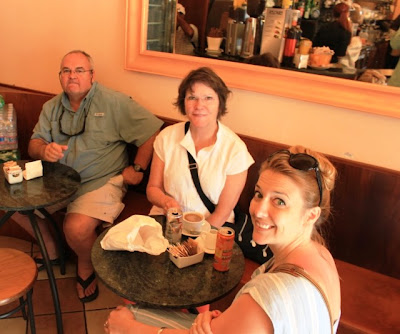 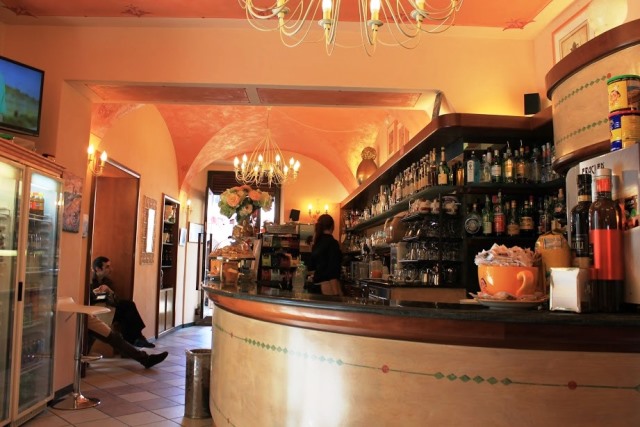 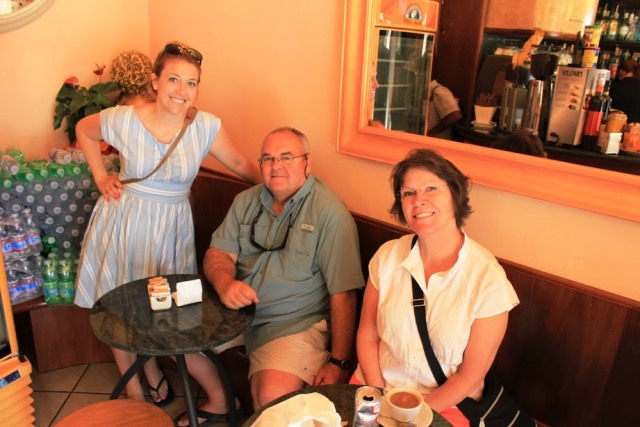 Feeling refreshed after lunch, we headed around the corner to a nearby piazza to view the Volterra Duomo and it's Baptistry, which are opposite of one another in the same square.  This cathedral/baptistry cross-piazza setup is quite common in medieval towns, as baptism was a prerequisite for entering any church. The bell tower is completely separate from the cathedral, built several centuries later, after the original tower collapsed.  I liked that even though the interior decor was elaborate, the cross outside to indicate the building is a place of worship was quite simple. 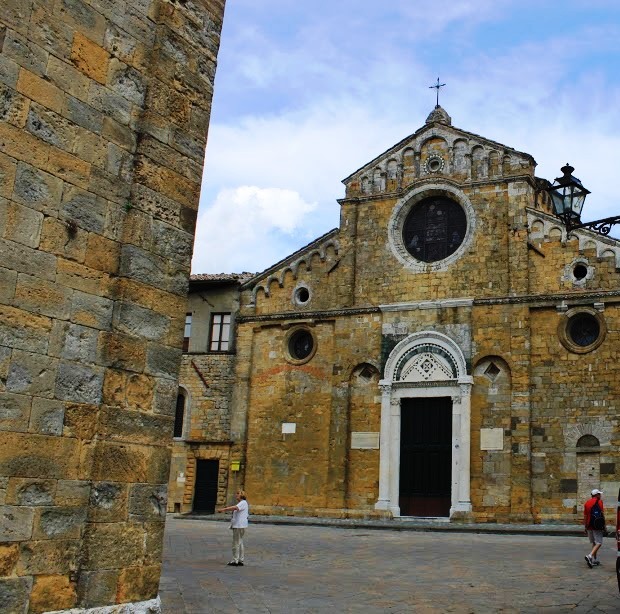 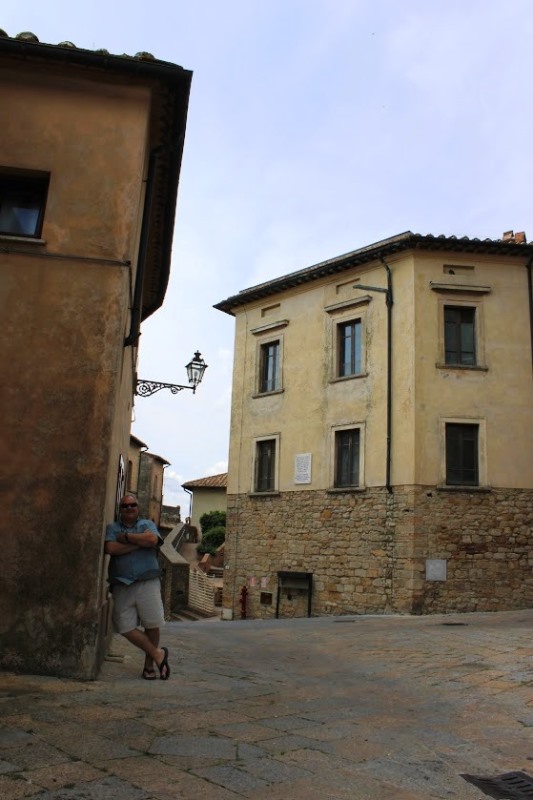 We then swung south toward one of two lookout points. 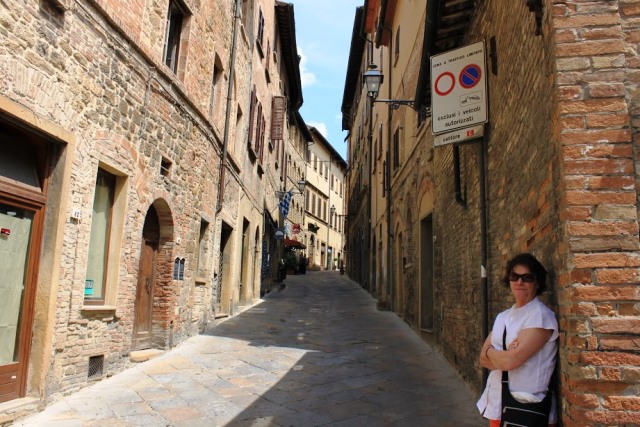 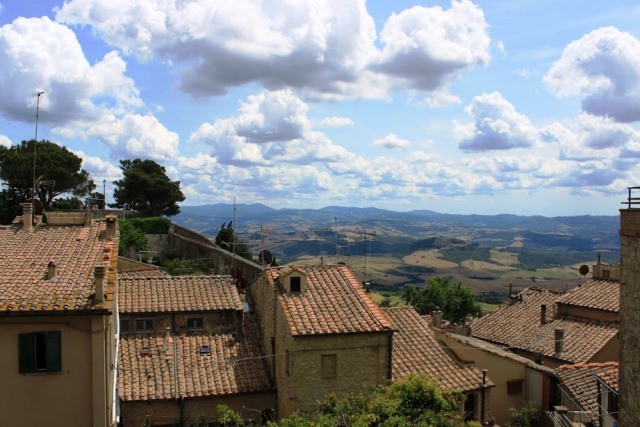 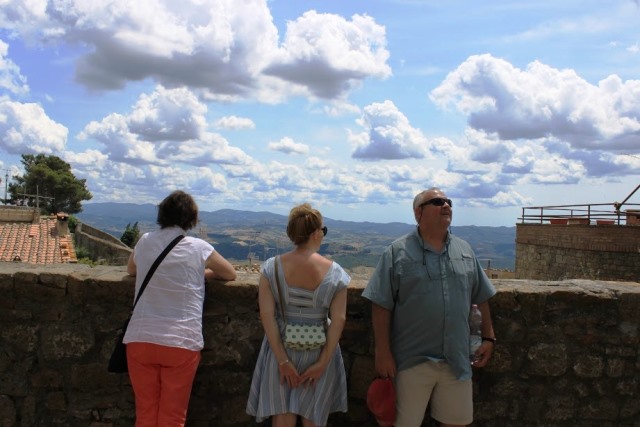 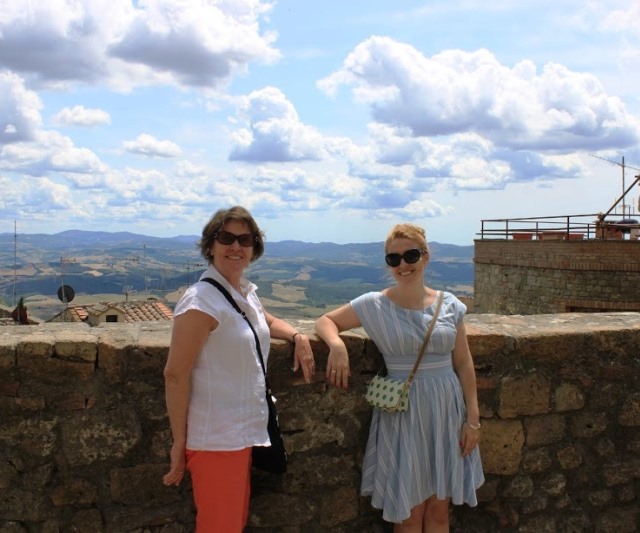 Can you see Rome?? 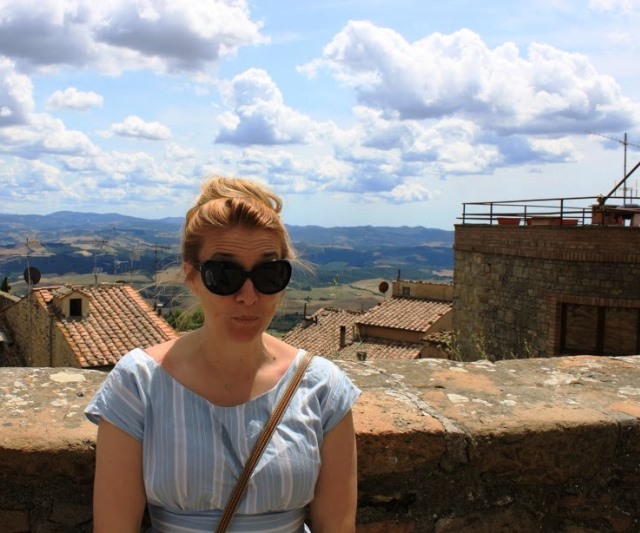 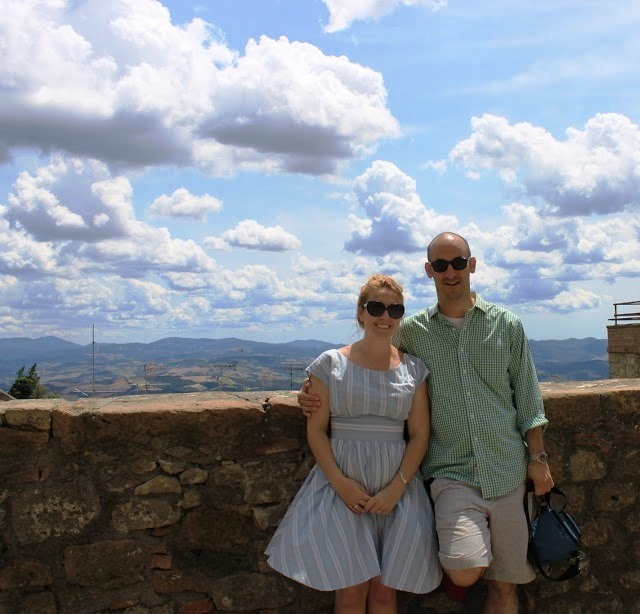 Continuing along the path above the western city walls, we made our way toward the Porta Etrusca
(the Gateway Arch of Volterra), the site of what should be one of the world's most famous keystones.
The Etruscans were the first to use arches in construction and thus were the actual inventors of the keystone,
NOT the Romans (as the Romans would have you believe). You're welcome, Colosseum. 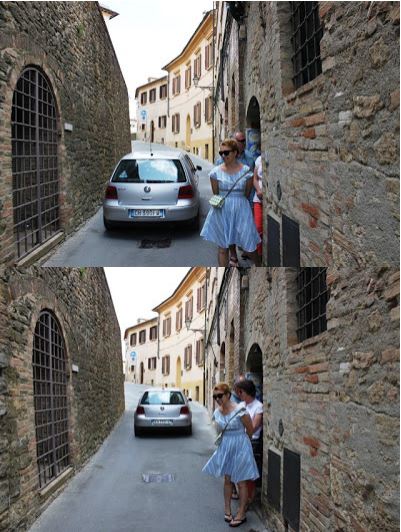 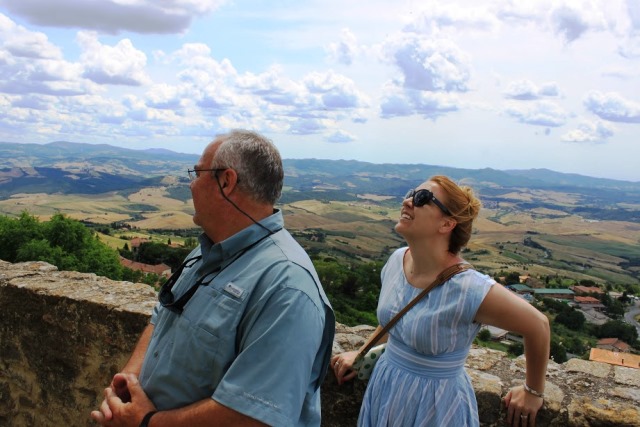 From this main gate to the city you can sometimes see all the way to the ocean. 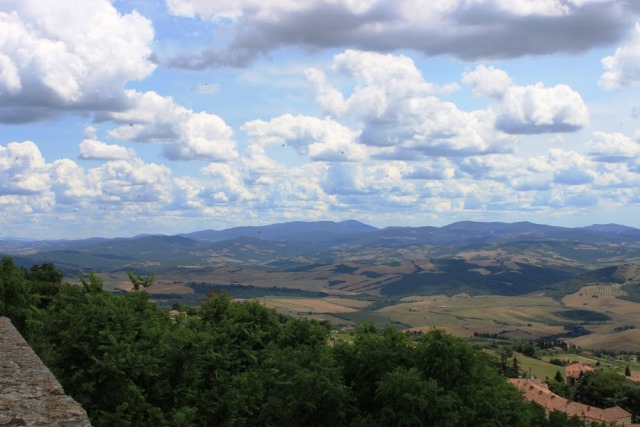 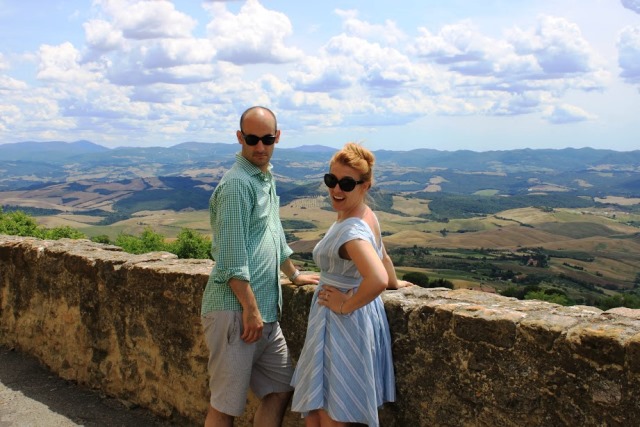 At this point, we'd circled around nearly the entire city and were looking to return to our rental car, parked back near the Roman Theater and Bath Ruins. We'd passed by that area on our way into the city, but were saving deeper exploration for the way out. Finding the way back, however, was a bit of a challenge... 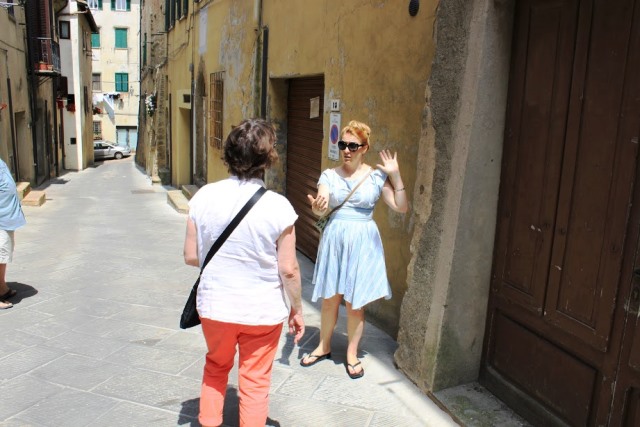 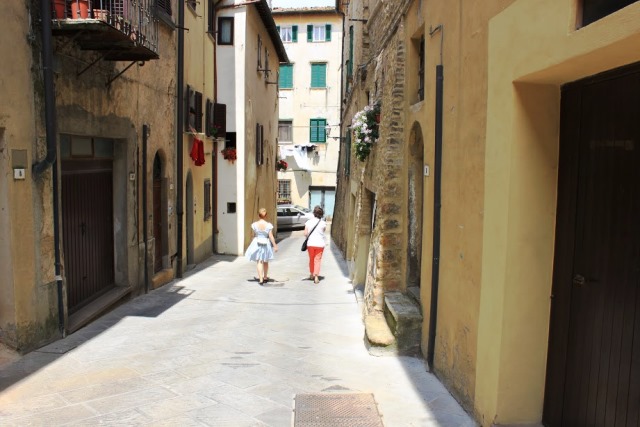 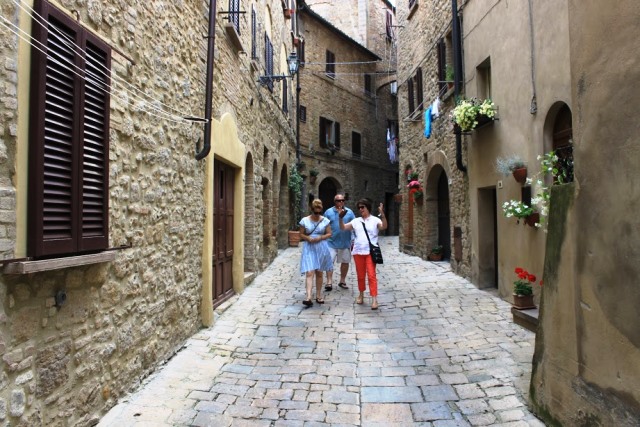 We zigzagged back and forth through a million tiny little streets, but my impeccable sense of direction (only on foot, in cars I'm completely lost) kept us on track. Toot toot!  Coming around a corner and suddenly seeing this sprawling theater below us was breathtaking. Original construction began in the 1st century BC.  You can still see some of the original marble columns, the rows of seats in semi-circular fashion and tunnels used to access the stage and seats.  Also visible are the three levels of stage - used for actors portraying characters in heaven, on earth and in the underworld, respectively. 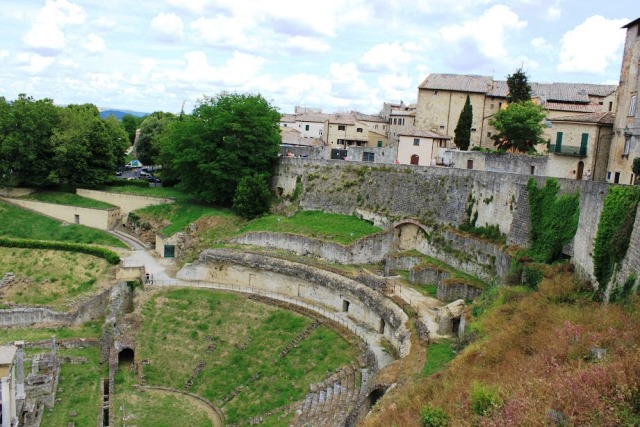 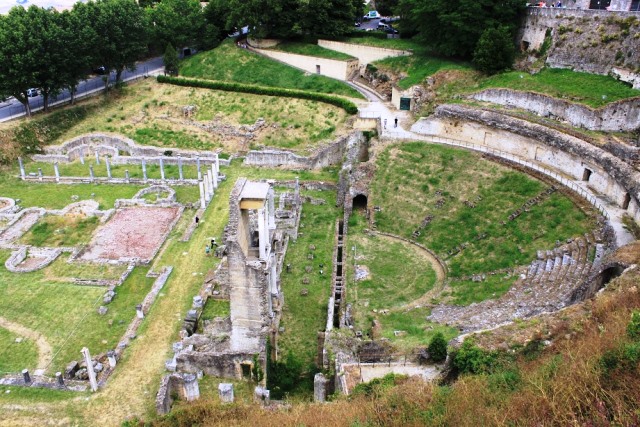 An interesting story about Volterra's Roman theater - in the 13th century the theater had grown into disrepair and a new wall was built to protect the city which actually left the theater just outside the city limits.  Citizens began throwing their trash over the wall into the unused space and soon the theater was completely hidden from view, lost under the town dump.  It wasn't until 1950 that someone decided to see what might lie beneath the field of garbage - volunteers were commissioned from the local psychiatric hospital to unearth the ruins and the entire excavation of the site was conducted by psychiatric patients and workers. It took them 10 years. 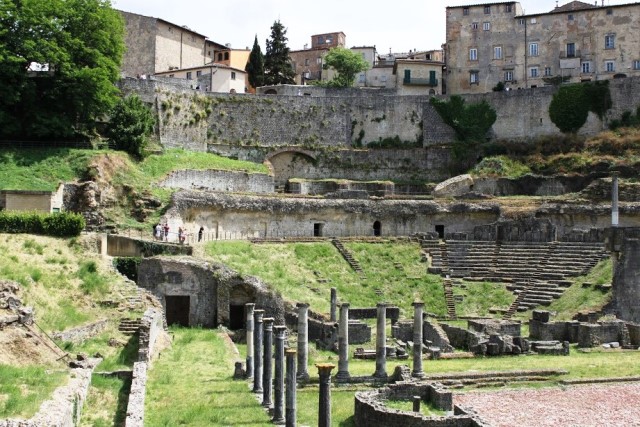 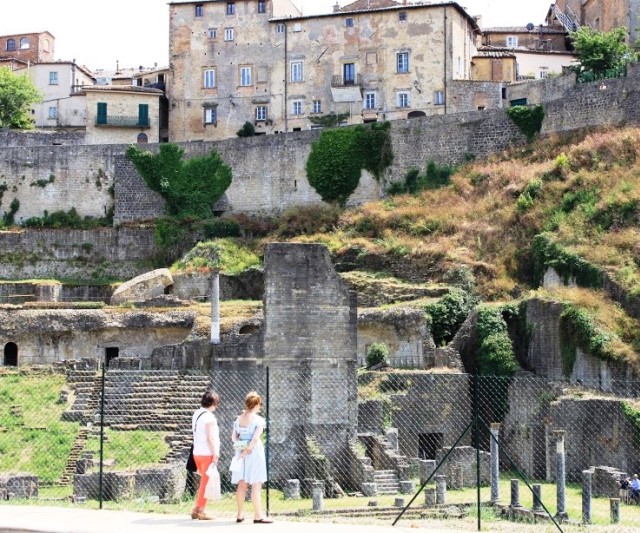 The baths adjacent to the theater were actually built from stones taken from the theater walls, after it had been abandoned and fallen into disrepair. You can still see several small rooms and a wavepool. Just kidding.
A gentleman was picking his guitar as we walked by, filling the whole area with magical background music. 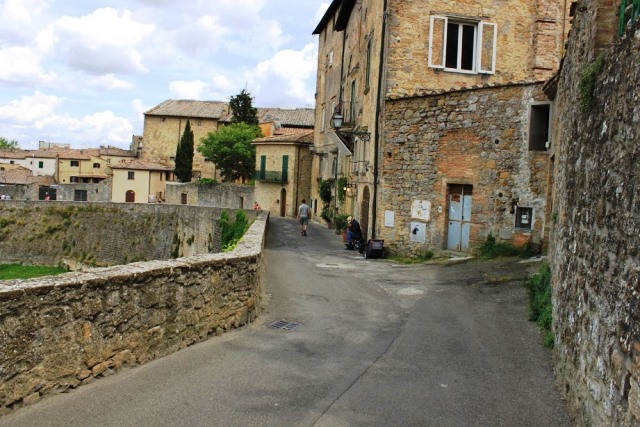 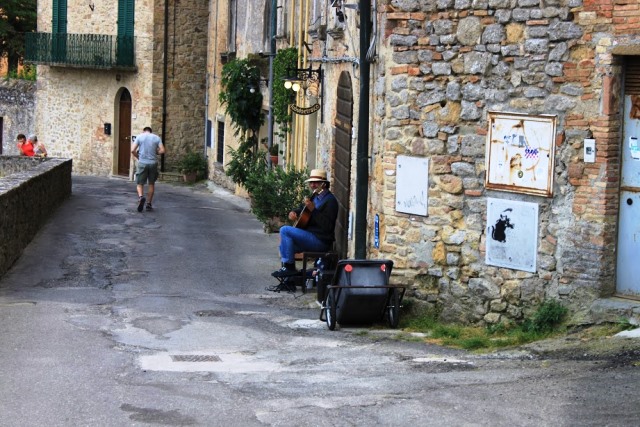 And then there were these dudes. Awesome. 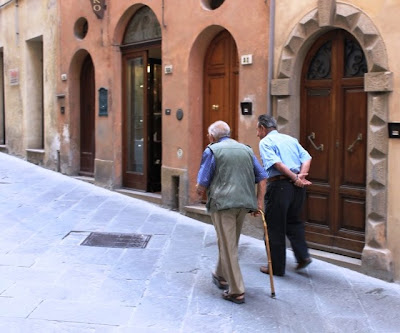 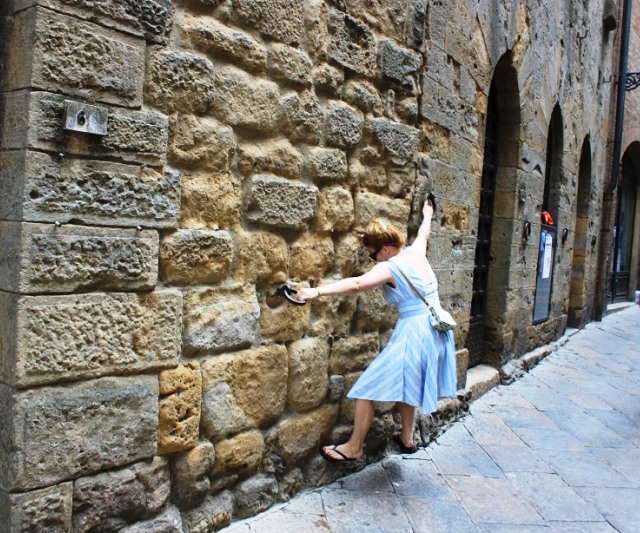 Farewell, Volterra! Thank you for a lovely day! 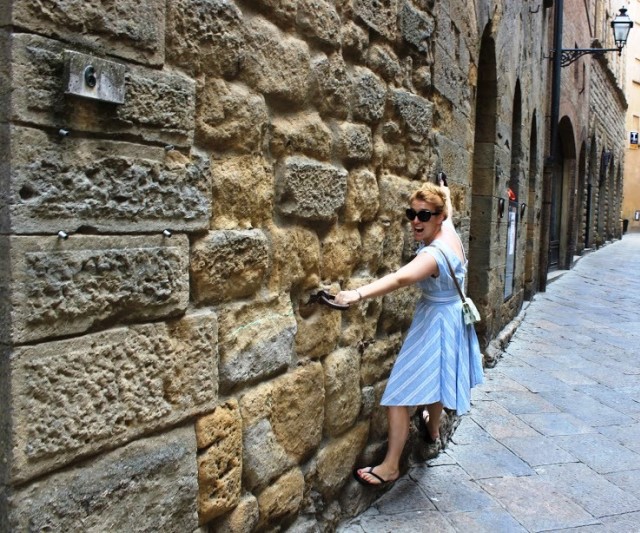