Our first morning in Germany, Leigh was scheduled to participate in a 10k fun run through the city center. 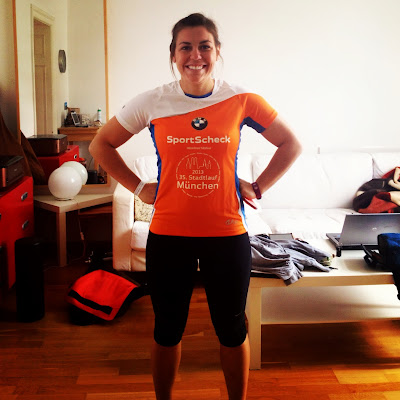 At first I thought it would be kind of a drag (just standing there and watching people run by seemed a bit odd to me), but it ended up being really fun!  The people of Munich were SUPER into the race and incredibly supportive of everyone participating. There were tons of spectators, all enthusiastically blowing noisemakers and cheering for anyone who would pass by. There were several different races of varying lengths throughout the morning, and several starting groups for each of those races, so it was an odd phenomenon to see new waves of people constantly coming through. 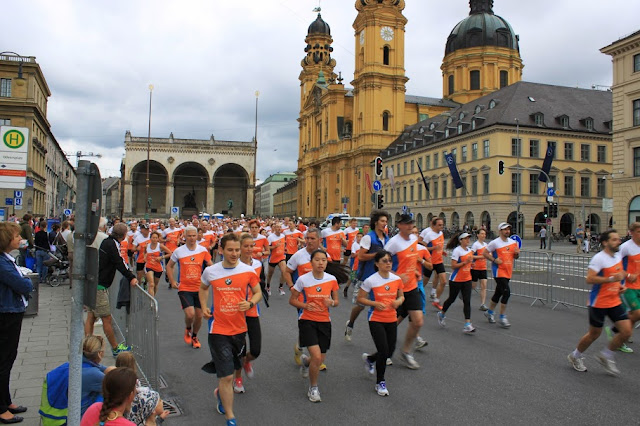 There were so many people, in fact, that I was afraid we wouldn't actually be able to spot Leigh at our two pre-determined viewing spots (one toward the beginning and another toward the end, since they ran in kind of a big loop around the park and then swung back).  It was a family run, so there were tons of children and they were all super into it. Germans are so healthy. In all of my 3 decades I've never even attempted to run 5k in a row and there were 6 year olds knocking it out of the park. 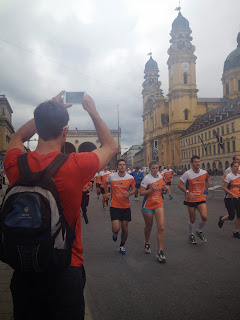 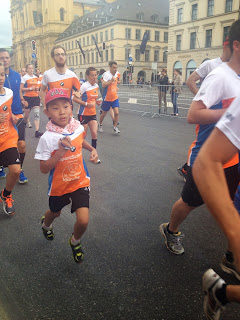 We eventually spotted Leigh and her friend Leah running by, nice and bright-eyed and cheerful as it was still the beginning of the race.  We cheered them on for the 5 seconds we could see them approaching and then they were gone, so we followed the winding race route through the park. 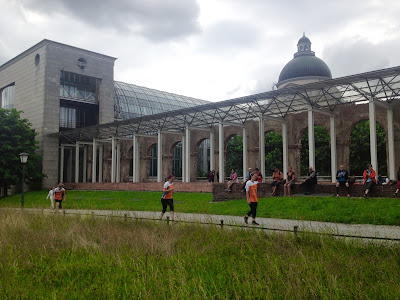 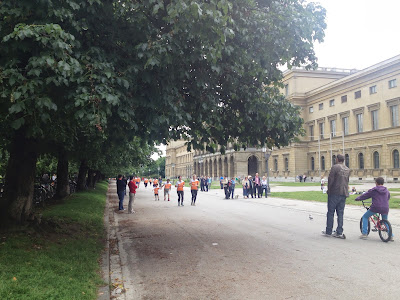 The English Garden is incredibly big and very beautiful, so the race route (or at least what I saw of it) was really pleasant. Since the end of the race looped back toward the same area of the city as where it had begun, we didn't have to travel very far to get to our second viewing point, which we had painstakingly selected the night before so Leigh would know where to look out for us. 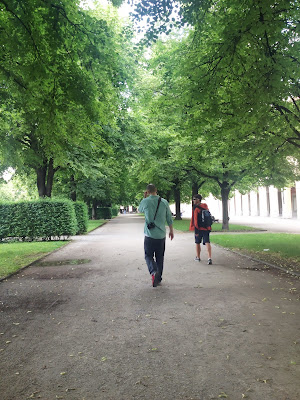 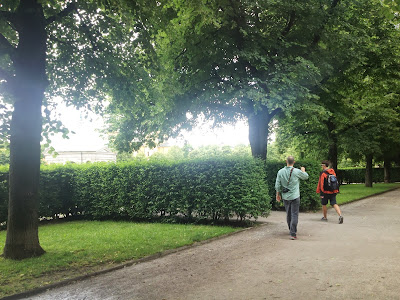 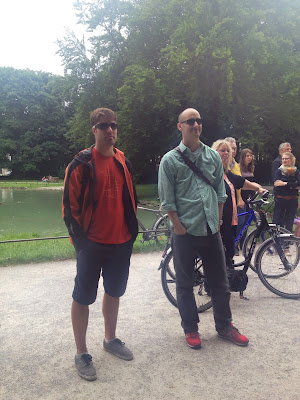 Waiting for Leigh to scurry on by. 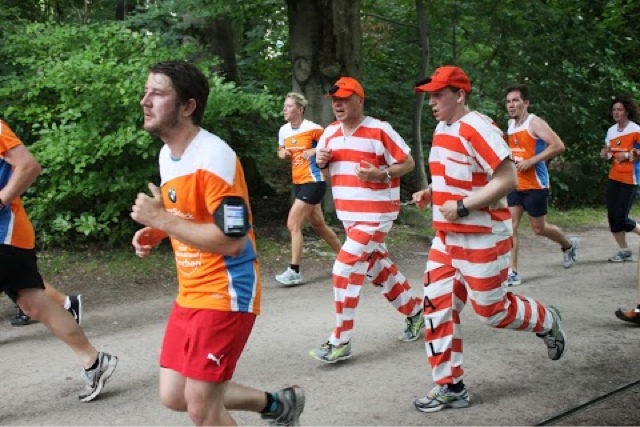 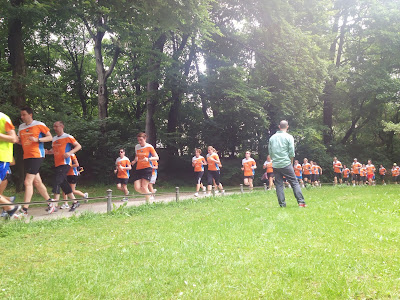 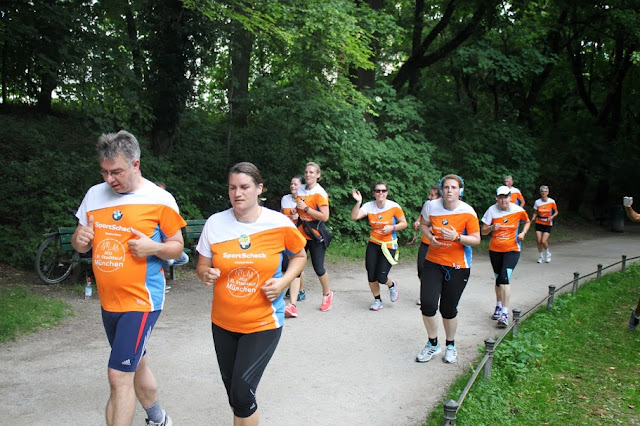 A celebratory weissbier (where else but Germany would they provide race finishers with a beer immediately after the finish line?) at the Karlsplatz Tor (one of the many gates in the wall which once surrounded the city). 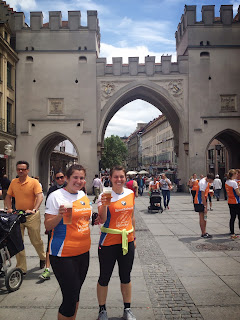 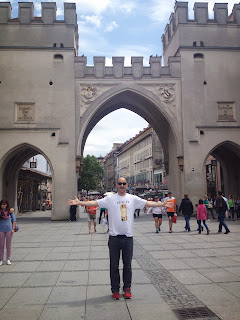