Adding a state to my checklist - ventured out of Manhattan to visit DVC's cousins in New Jersey this weekend. My first visit! 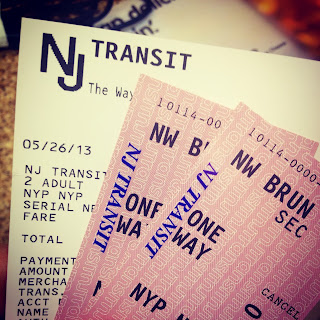 We left out of Penn Station on 34th at 1pm on Sunday. To say Penn Station is slightly less spectacular than Grand Central might be the understatement of the year.  It's dark and dated and not very well-marked. 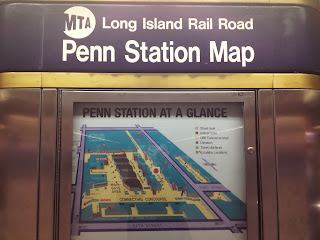 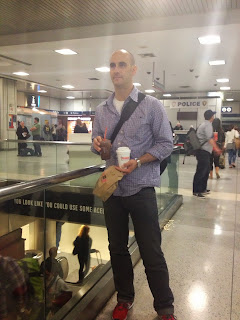 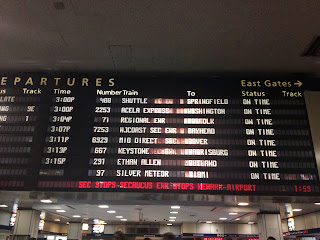 I found the entire station super confusing, but DVC didn't seem to have trouble with it. The platform from which a train will be leaving isn't announced until just 10 minutes before departure.  So people cluster around the main kiosk, getting antsy and generally looking annoyed as they wait to see the track number posted; then the number flickers on and there's a scramble of madness as everyone begins hauling buns toward the correct track to board in time. Once our track was posted, we had a heck of a time finding it. Down a hallway and some stairs, left turn, right turn, another flight of unmarked stairs, good luck!  Yeesh. 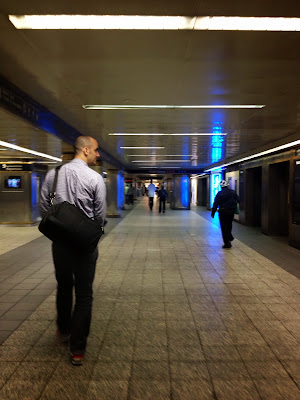 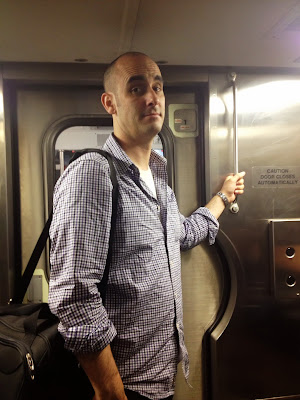 The trip was about an hour long, and Dave's aunt picked us up at the station in New Brunswick. Their neighborhood is adorable and their house is really homey - their two daughters, son-in-law and only grandson were at visiting as well, so it was fun to be with a big house full of family. They had a BBQ'd ribs competition all ready to go when we arrived, so we immediately began tasting a variety of delicious recipes. Then we just hung around talking in the living room all evening, telling stories and laughing at old family lore. It was a really nice weekend, I'm so very glad we were invited to visit. Sadly, we took zero pictures at their house the entire time we were there. Even of Callum, the most adorable 7 month old ever. Lame, I know.  Next time. 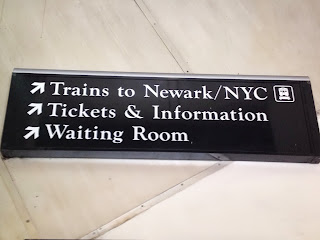 We stayed just 24 hours and were on the 10am train back to Manhattan the next morning. It was a really fun trip, if a bit of a whirlwind. Can't wait to visit Dave's cousins in Boston (I've never been!) and take the train out to New Brunswick again soon. 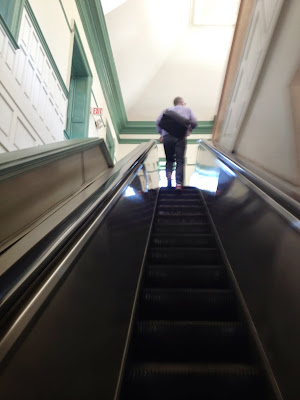 Racing to make it on time. 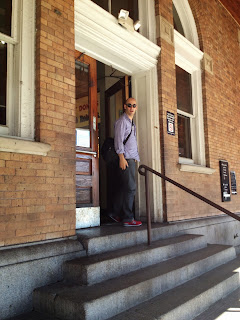 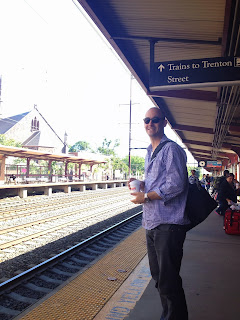 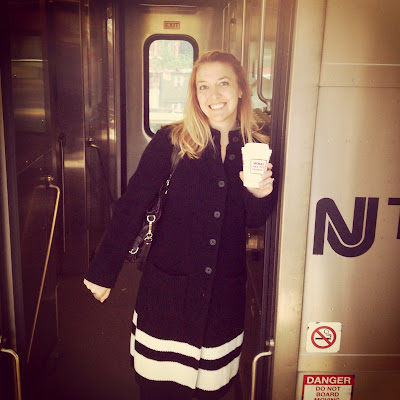