Didn't want to head directly home after work, since it was still light and warm out, so started walking south on Madison toward Grand Central Station.  Just a few blocks from my building, I figured the commuter hub was a good place to start on my first day of after-work exploration.  It's such a beautiful building and I love watching all of the people rushing about. 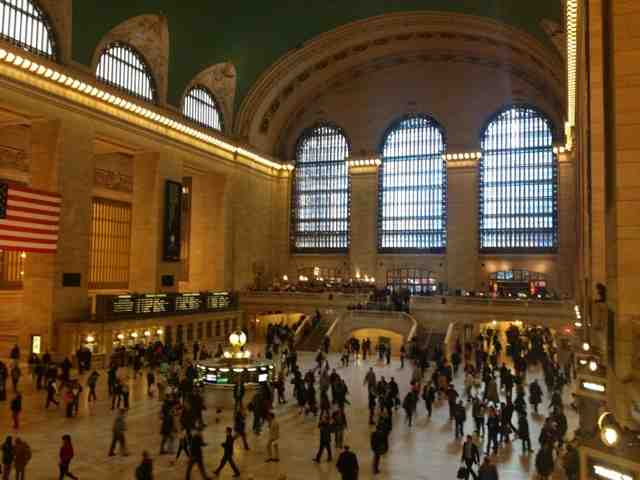 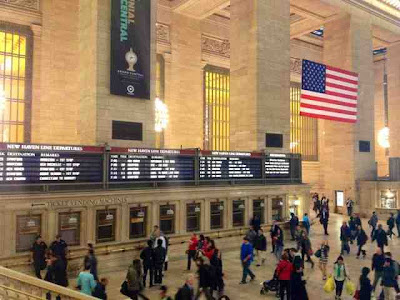 From Grand Central, I exited onto 42nd street (out the door under the big American flag above) and headed west a few blocks toward the New York Public Library (of Carrie Bradshaw wedding fame, among other notables).  It was already closed for the evening, but it was perfectly pleasant just to spend some time wandering through the gardens and sitting out back in Bryant Park (of former fashion week fame). If you get a postcard from the Big Apple anytime soon, this is most likely where it was written it from! 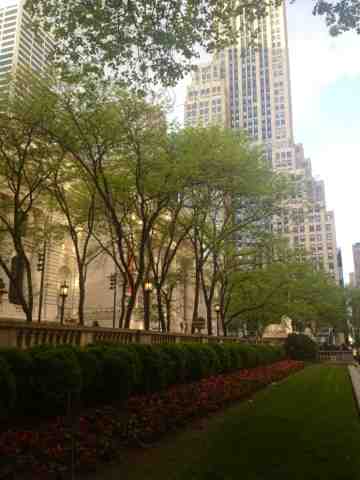 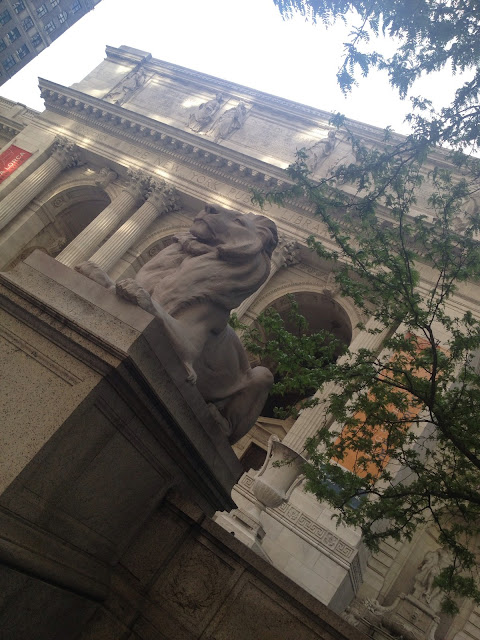 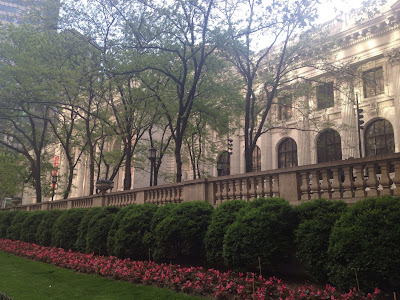 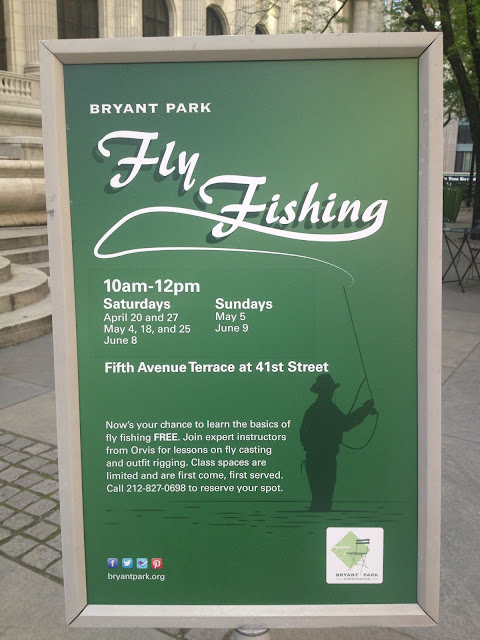 Check it out, Dad - something for everyone in New York City! 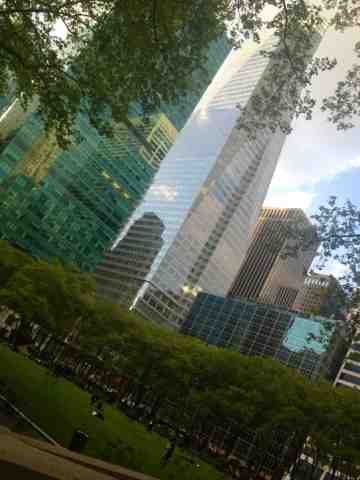 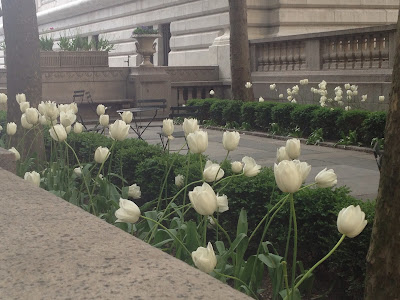 It was starting to get chilly, so hopped the subway the rest of the way home (just two stops, probably could have walked it, but it's good to keep practicing my public transit navigation skills!).  Suddenly realized I was famished and had no idea when Dave might be finished with work, so I popped into a tiny little pizza joint and ordered a slice. Sat all by myself on a barstool and ate my dinner. Such a little city girl.  Toot toot! 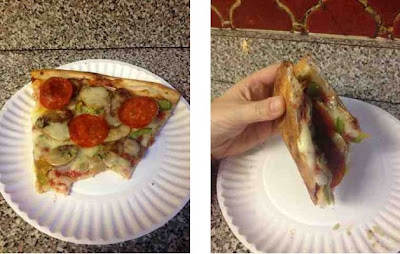 Solo Dinner: NYC Style
As if my day could get any better - on the subway ride home, Michael Jackson music suddenly blared and these adorable little boys started a flash mob right on the train. No. Joke.  NYC you've got my number.﻿
Posted by megidew at 11:00 PM