Shamrock Shakes for All

St. Patrick's Cathedral, one of the most visited churches in all of New York, is currently undergoing extensive renovations (5 years, 3 phases, $177 million!), but is still open for both tourism and services throughout the project! Impressive. Signs outside read "even during construction, people need someplace to pray," which is kind of cute. The back side of the church and the famous green roof remain uncovered at this point, but the entire front of the church (including the two 330 foot spires!) is completely sheathed by scaffolding.  (Normally, the front view looks like this.) 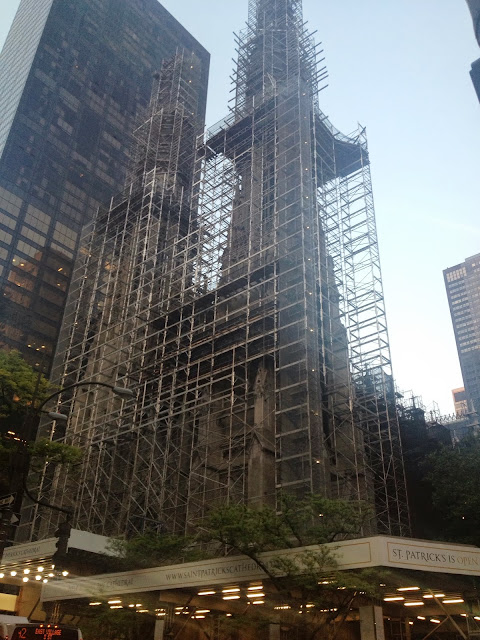 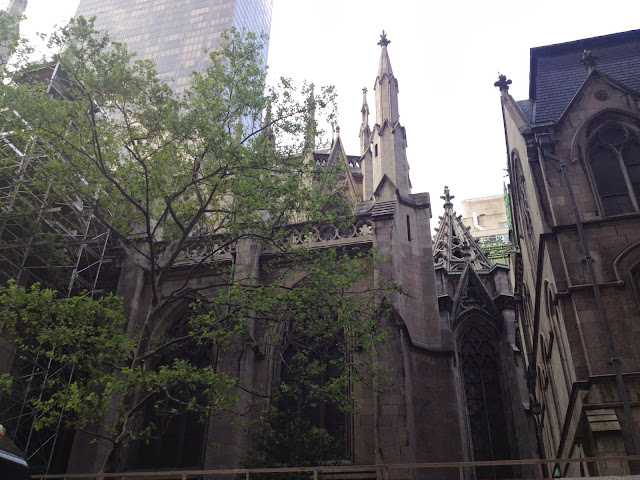 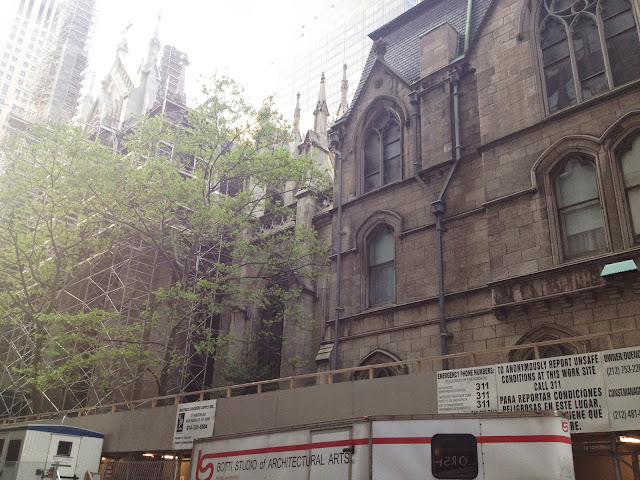 It's quite commonplace to discover a building in the city is hidden under a veil of metal framework during extensive renovations.  It's utterly bizarre, however, to enter the chapel of an ornate cathedral and find that it too is concealed by a skeleton of protective construction gear.  I happened to wander through during the noontime mass and was struck by the number of attendees, despite the intricate scaffold maze. Despite not being Catholic, I love visiting Catholic churches and watching mass.  There's something comforting about the ritualistic practice, though I never have a clue what's going on.  I used to go with Anna and Lio to church in Germany when they sang in the children's choir and there I really didn't know what was happening, but really enjoyed observing nonetheless. 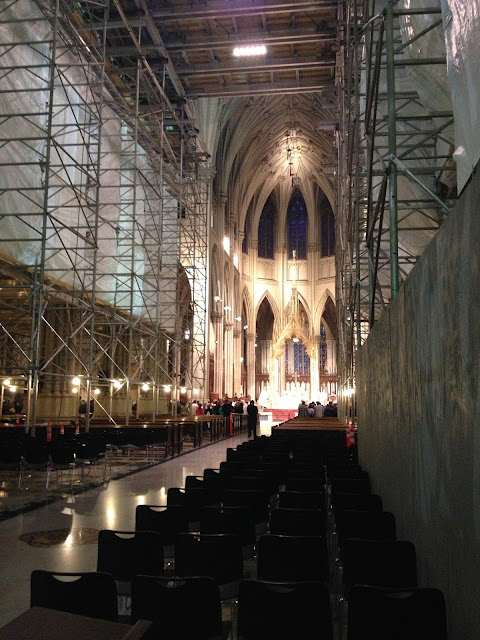 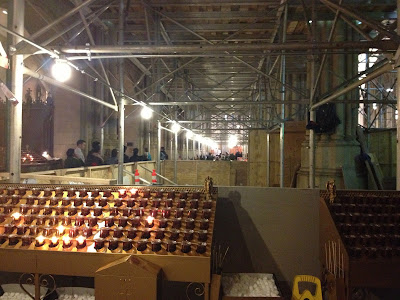 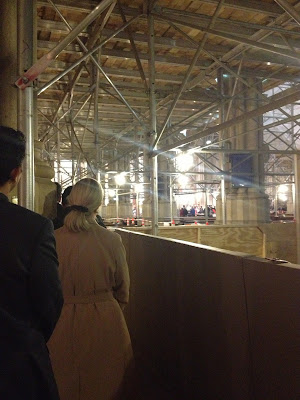 Did you know??
- The cathedral seats about 2,200 people (same as Club Nokia L.A. LIVE!).
- Special memorial masses were held in this location honoring Andy Warhol and Joe DiMaggio.
- Tiffany & Co. designed the St. Louis and St. Michael alters.  Cha-ching!
Posted by megidew at 10:00 AM